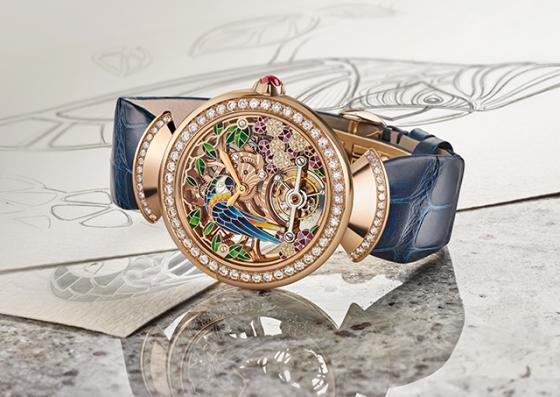 The idea Bulgari had when developing the Divas’ Dream Tourbillon Skeleton was to demonstrate the maison’s mastery of both fine watchmaking and high jewellery. By relying on openworking, the intention was to refine the two different skills and make them inseparable. I think it’s safe to say that Bulgari has managed to do just that.

This latest creation from the Rome-based Maison is certainly a feat of mechanical engineering, but it’s also rather joyful, as we might expect from its Italian heritage. One particular shape stands out on this watch, which is derived from its distinctly Roman heritage: the fan. 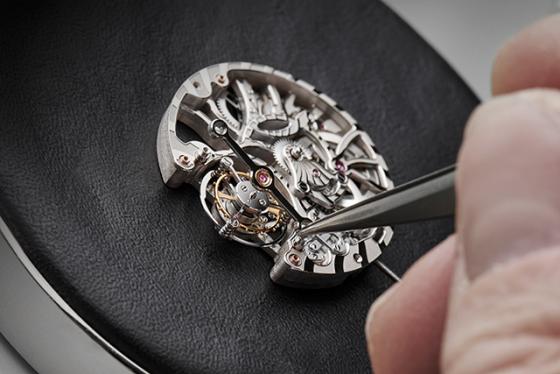 The fan is the very symbol of the Divas’ Dream collection, which has historically adorned the walls of ancient Roman baths. The watches in this collection owe part of their refined look to their fan shaped bracelet lug, a motif which also connects the brand’s jewellery and watches.

The dial of the timepiece is very much on the naturalist side. It evokes the art of gardens, another discipline in which Bulgari and the Italians excel, and this watch is a great example of a graphic way to staging nature on the dial. 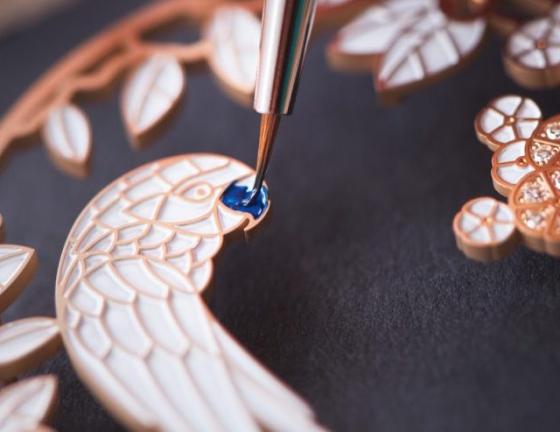 Amid all the foliage, a colourful parrot appears on the dial, which has been hand-crafted through micro-painting and enamelling, a complex discipline that Bulgari has mastered thanks to its jewellery experience.

Contrasting the colourful vision of nature on the dial we have a 37mm diameter case – available in either white or pink gold – that is set with an impressive 76 brilliant-cut diamonds. 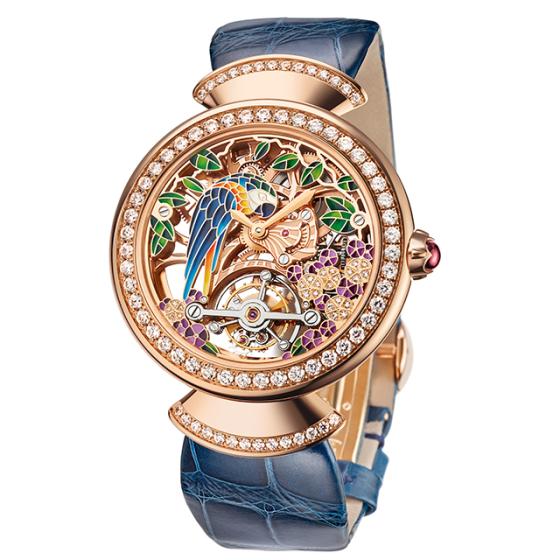 The mechanical heart of the watch is an adapted mechanical hand-wound tourbillon movement, the BVL Calibre 208, which has been entirely developed and assembled by the manufacture Switzerland.

All elements of the movement structure, including bridges and plates, are finely openworked. The finishing on the watch is quite remarkable, with certain parts being polished and others satin-brushed or circular-grained. All these operations are performed by hand, adding that extra level of precision and connecting with tradition.

It’s no wonder that the Divas’ Dream Tourbillon Skeleton is released in a strictly limited edition of 50 examples – the sheer difficulty and time involved for the artisans to hand-craft them limits production and makes each timepiece extremely precious and valuable.