Why you should celebrate the Doxa Sub 300


Why you should celebrate the Doxa Sub 300

The original orange dial dive watch turns 50 this year, and the Swiss watchmaker celebrates the silver anniversary of the iconic timepiece with a special edition.

Doxa is a relatively small – and in some circles relatively unknown – Swiss watchmaker. But this year is a big one for Doxa because its iconic Sub 300 timepiece is celebrating its silver anniversary.

So while the SIHH brands take up most of the headlines during the start of the watchmaking calendar, we take a look at the watch that started a familiar industry trend: the bright orange dial.

That’s right, it was back in 1967 that this brand introduced the bold dial design. During the 1960s, watchmakers were starting to make real strides in producing more reliable and robust sports watches. And Doxa decided to get in on the action by targeting the emerging recreational scuba diving market. 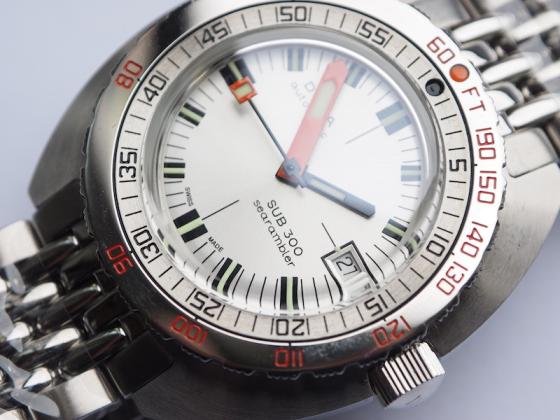 Fans of the brand will know that the result was more than just another diving watch. The Sub 300 became the industry standard for dive watches, which kicked off the trend of highly visible orange dials.

The watch was such a hit that it was chosen by professional US divers as part of their standard equipment. Jean-Michel Cousteau and his Ocean Futures Society team also entrusted the watch for their expeditions. By now, those original references are highly sought after on the vintage collectors’ market. 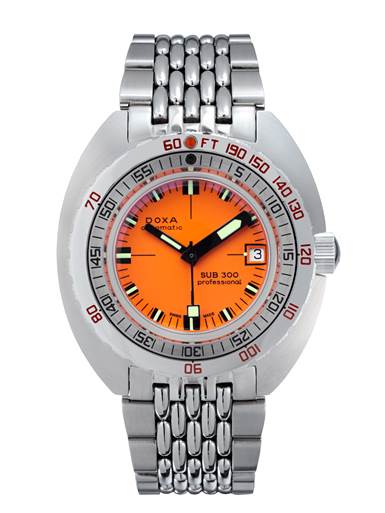 To mark its five decades, Doxa has released an updated version of the Sub 300. Like the original, we have a 42.5mm stainless steel case that wraps around the fine ETA’s 2824-2 movement - that’s the chronometer grade version of the movement, by the way.

Besides the striking dial, the new version also sports a similarly unique steel bracelet that was also found on the original. It’s called the “beads of rice”, and it tapers from 22mm at the lugs to 20mm at the clasp, which is equipped with an integrated wetsuit extension. 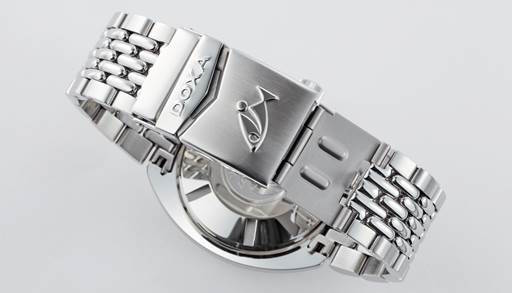 Being a true dive watch, the bezel displays an innovative adaptation of the US Navy’s maximum no decompression limit times. While its crystal also looks similar to the plexi-crystal of the original 300, this version boasts a double-bubble sapphire crystal.

The anniversary Sub 300 will be made available in three different models: the Professional in orange, the Sharkhunter in black, and the Searambler in silver. Each model is limited to just 300 pieces.

Overall, there’s not much in terms of aesthetic that separates the original and this special edition model. And now priced at a very reasonable $2,490, the Sub 300 is arguably one of the best value deals in terms of pro level dive watches.