Frederique Constant’s CEO has his say on Swiss Made smartwatches


Frederique Constant’s CEO has his say on Swiss Made smartwatches

Brand CEO Peter Stas believes that 30-40% of Swiss watches will feature smart technology in the next 3-5 years, according to the latest press release from the Swiss smartwatch maker. 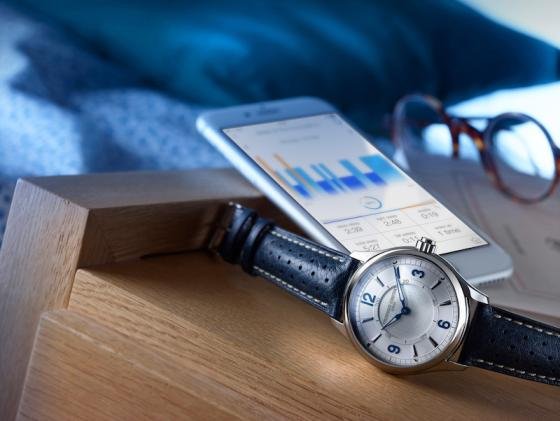 The smartwatch divides opinion. Traditionalists favour mechanical watches and hold steadfast to the idea that connected watches are just a fad. On the other hand, those more technologically inclined and forward-looking see the benefits of having smart functionality on the wrist.

There isn’t event consensus about the true value and potential of the smartwatch market. By some estimates, sales of smartwatches totaled over 33 million in 2015, relative to a world production of over 900 million wristwatches in the same year. While precise figures are hard to come by, the assumption is that the smartwatch segment of the industry will be rising over the coming years, with brands like Frederique Constant ambitiously forecasting a doubling in production volume by 2021. 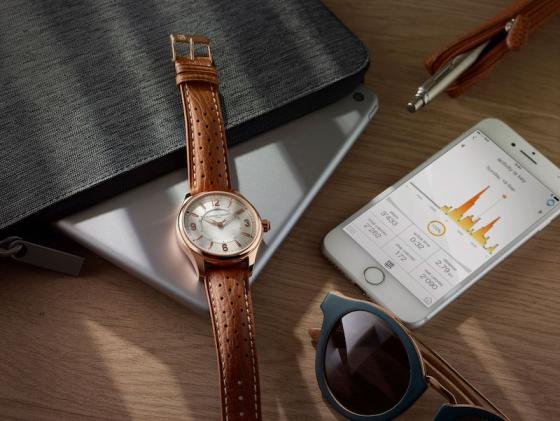 Whatever the real outlook will be, Frederique Constant has certainly taken the smartwatch challenge head on. Peter Stas is the CEO and originator of the Geneva-based watchmaker’s smartwatch initiative, which saw the successful launch of the Horological Smartwatch.

The Horological Smartwatch is aimed at classical timepiece lovers who also want the added value of modern, mobile technology. For the third iteration, Frederique Constant is currently working on a next generation Hybrid Smartwatch.

Clearly, then, the future looks bright for the smartwatch market in the eyes of this watchmaker. Below, Peter Stas’ thoughts on the Horological Smartwatch and impressions of the future of the market, according to the brand’s latest press release. 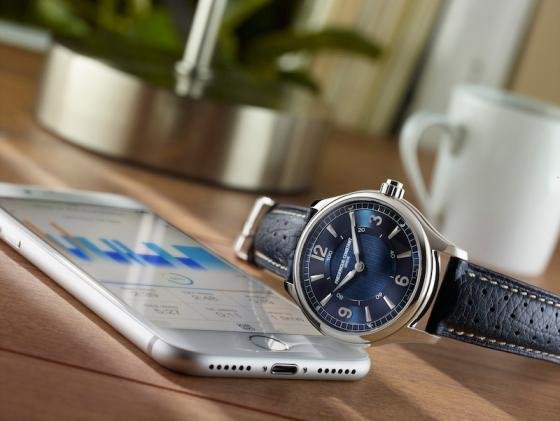 What induced Frederique Constant to invest a lot of money in the Horological Smartwatch in 2014? Back in 2010, the Frederique Constant Group started to research three smartwatch projects: a) the Alpina Mountain Watch; b) Android Wear; c) the Horological Smartwatch. It is only logical that we decided to invest a significant part of our R&D budget in connected watch technology.

What is the target group that Frederique Constant and Alpina are aiming at? The target group for Horological Smartwatches are businessmen and women who want more than to just be able to consult the time on their wrist. It is customers who have previously purchased a ‘simple’ quartz watch, so we’re talking about a market of 21 million Swiss Made watches per year. We predict that 30-40% of this Swiss Watch Industry production will turn to smart technology in the next three to five years.

The Horological Smartwatch represents a relatively high investment. What will your customers get for their money? Horological Smartwatches are priced €595-€1395 at retail, so it’s the same price as typical chronograph quartz watches. The MMT-365 App on iOS or Android gives plenty of information to aid self-improvement through features that can be individually adjusted, all for an exciting user experience well beyond an ’old’ quartz watch. 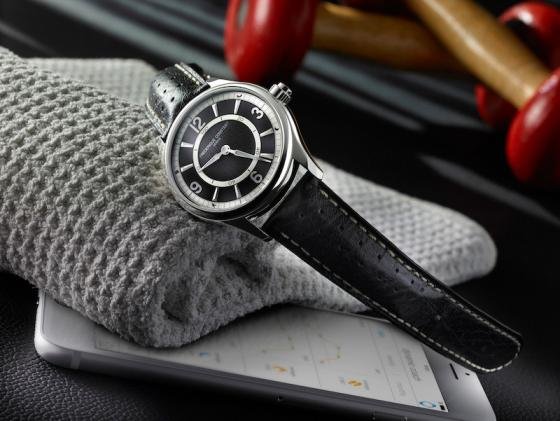 Where is the Horological Smartwatch positioned in the broad spectrum between fine mechanical watchmaking and convenient quartz technology? Design is the primary strength of a Horological Smartwatch. We choose to create a smartwatch with a traditional watch dial and hands. Dials are finished with delicate patterns, applied indexes, galvanized colors. Hands are diamond cut. These design details ensure that Horological Smartwatches look like luxury Swiss watches.

How do your personally see the prospects for the smartwatch in general and the Horological Smartwatch in particular? We believe we are only at the beginning of the development of this category, which we think will have a huge role in the future. If we take the 21 million quartz watches produced today as a base, in 2020, six to eight million quartz watches produced in Switzerland will be smart.