The first offering by talented watchmaker David Candaux pushes all the right buttons of watch design, with an asymmetrical conception and excellent technical execution.

The big show’s in town. Baselworld has officially kicked off, and as ever, the Europa Star team will be bringing you the latest news from the watch industry.

We start with our Watch of the Day, which was spotted by Europa Star Editor in Chief Pierre Maillard. It’s the “1740 - The First 8” from the talented David Candaux. Named after the year when the presence of a watchmaker was first registered in the Vallée de Joux, the new watch has no less than 3 patents and 8 design registrations to its name. 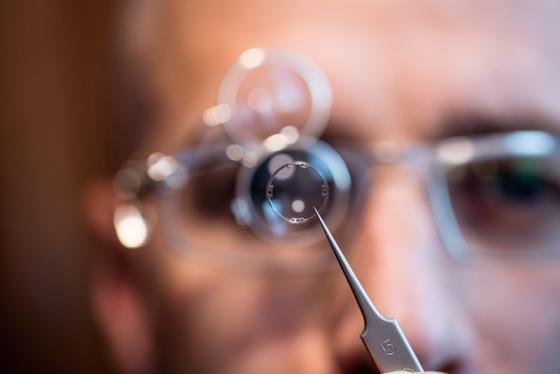 For starters, David was born and raised in the Vallée de Joux, a region renowned for watchmaking. Then there’s the fact that he’s the son and the grandson of master watchmakers, and has already had a brilliant career with several renowned fine watchmakers.

This, however, is his very first solo release. David has an excellent watchmaking pedigree, and we expected a lot from this timepiece. And boy did we get it.

Being his first watch, it was only fitting to have another first for the industry: an innovative crown design. If look for a crown where one usually is, you won’t find it on the First 8. It has been replaced by an retractable version positioned at 6 o’clock. 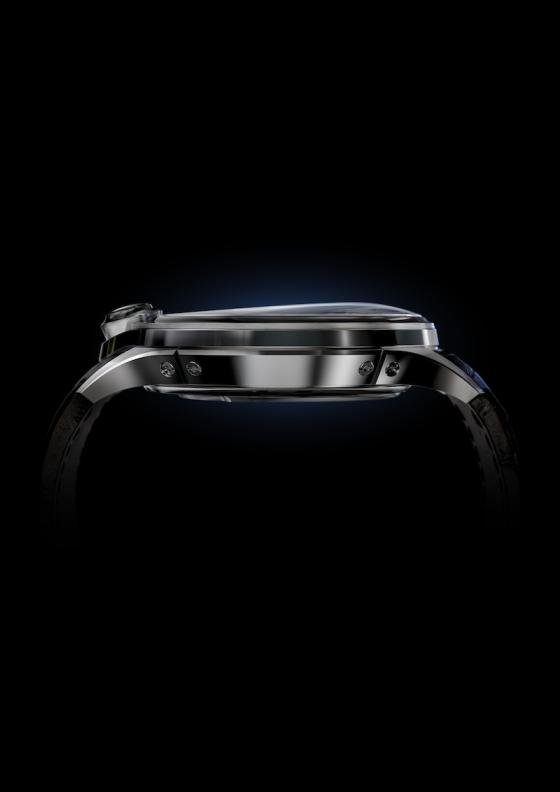 It is made of 31 parts and activated by pressure according to three successive positions: neutral, reset, and winding. With this innovation, the watchmaker has maximized the visual balance of the 43.5mm stainless steel case.

Besides the aesthetic balance of the watch on the outside, other design features of the watch are all about asymmetry. The unusual face, for example, is raised at 12 o’clock and lowered at 6 o’clock. This is not just an aesthetic move; it also optimizes the wearer’s field of vision and makes it easier to read the time. 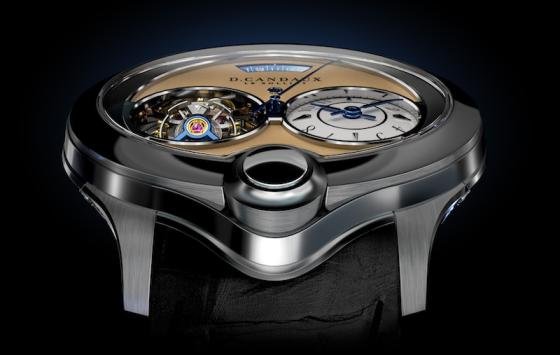 Continuing with the unique layout of the piece, we find the hour and minute markers located on the right side of the watch face. The inverted hands are manually flame-blued and the white enamel of the 18 carat grey gold micro-dial is made using traditional “grand feu” enamelling.

Opposite is the flying tourbillon cage, which is made of titanium and rotates on the left side of the watch face. The balance inside the cage is inclined 30 degrees, thus making this a “bi-plan” flying tourbillon. It is constructed in such a way as to ensure a continual change in position of the cage, meaning greater overall precision of the movement. 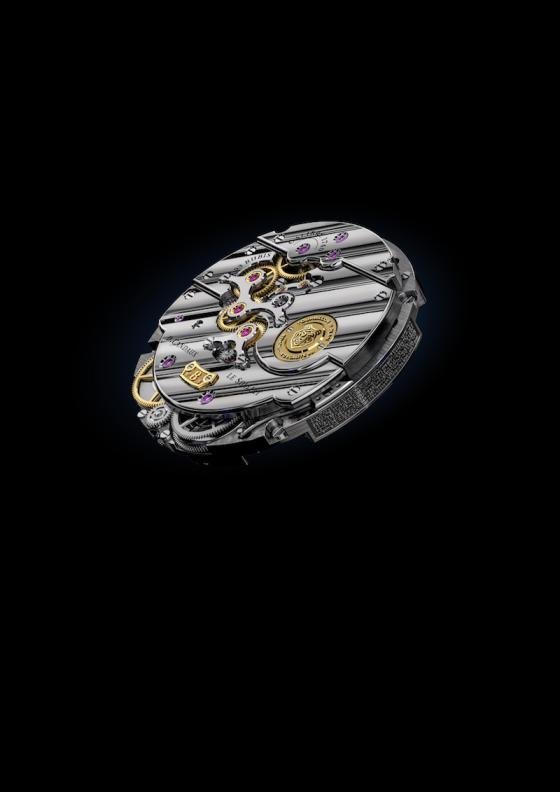 The chronometer certified movement guarantees a power supply of 55 hours, which is shown by a gauge at 12 o’clock. This unusual mechanism relies on a constant device, which stores energy injected in the regulator and thus increases the accuracy of the watch. This is the First 8’s “chronometric” power reserve system, which ensures the movement has constant power and guarantees precision as soon as the movement is active. 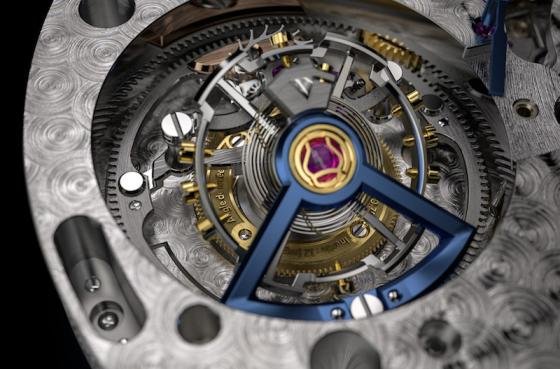 To top is all off, the watch is of course beautifully finished. For example, it boasts the “Côtes du Solliat”, a new type of decoration elaborated by David Candaux which gives the impression of multiple bands when hit by the light. There are also semi-brilliant polished rubies held in gold bezels, while helps to vary the colour fluidity of the watch.

For a first watch, it doesn’t get much more impressive than the 1740 - The First 8. Welcome to Baselworld, Mr. Candaux.