Buben & Zorweg, the safe way to do luxury


Buben & Zorweg, the safe way to do luxury

The German brand is a leader in luxury watch winders and safes. This year they took it to the next level - their latest model can serve up a cocktail and even take a bullet! 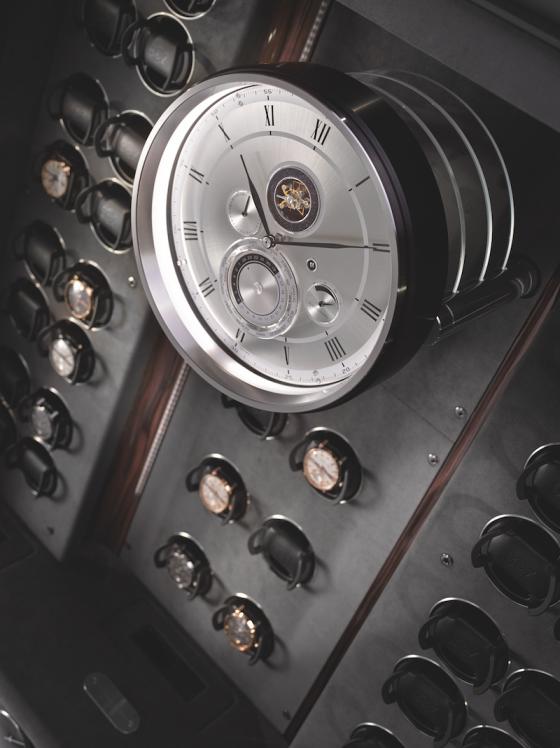 For over 20 years, company founders Christian Zörweg and Harald Buben have made a name for themselves with their creations. The German brand has distinguished itself as a leader in the niche space of luxury storage of luxury items.

Since, they have also diversified to include features like humidors for cigars. They even released their very own wristwatch back in 2012, and as far as I know a few more limited editions have followed. 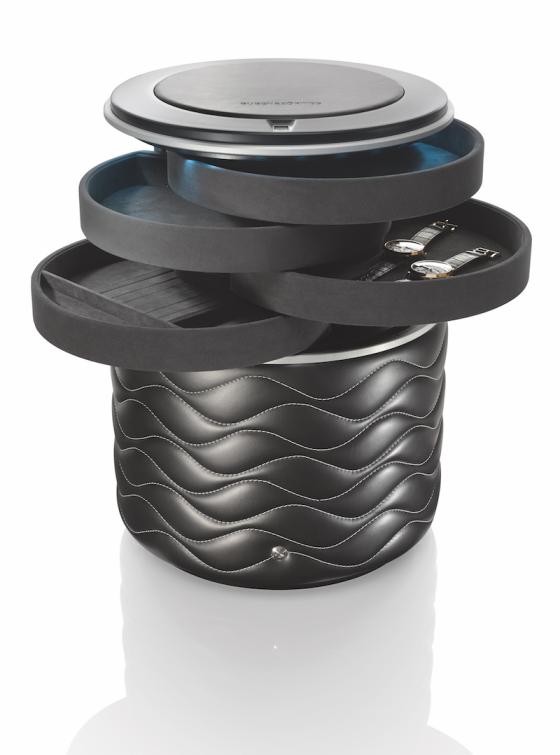 But I’m glad that this year they’ve reverted to what they know how to do best: making luxurious watch safes and watch winders.

Buben & Zorweg were at Baselworld earlier their year to display their newest inventions. Stealing some attention was the new 40 kg steel-bodied “Illusion” safe. This is one of their more modest options, presented as “a practical alternative to the conventional full specification safe.” It unlocks via a fingerprint or a transponder chip, and a mechanism raises its contents upwards once opened. 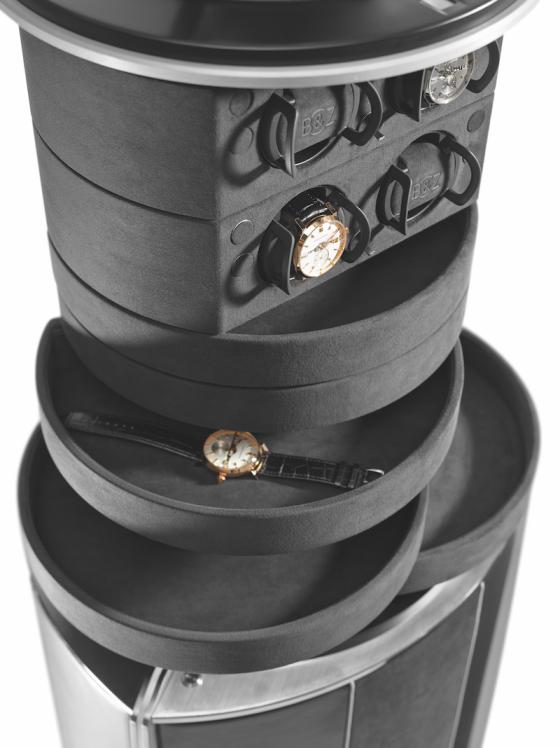 For something a bit more grand, there is the “Grande Illusion” of course. This is essentially a supersized version of the Illusion, with nearly triple the storage capacity. It too elevates its contents out of a shaped column that has been covered in fine leather and Alcantara.

Optionally, it can be crowned by an in-house timepiece that looks like a sculpture inspired by the famous Clock Tower in Dubai. That should give you an idea of who the main clientele base for Buben & Zorweg products are. 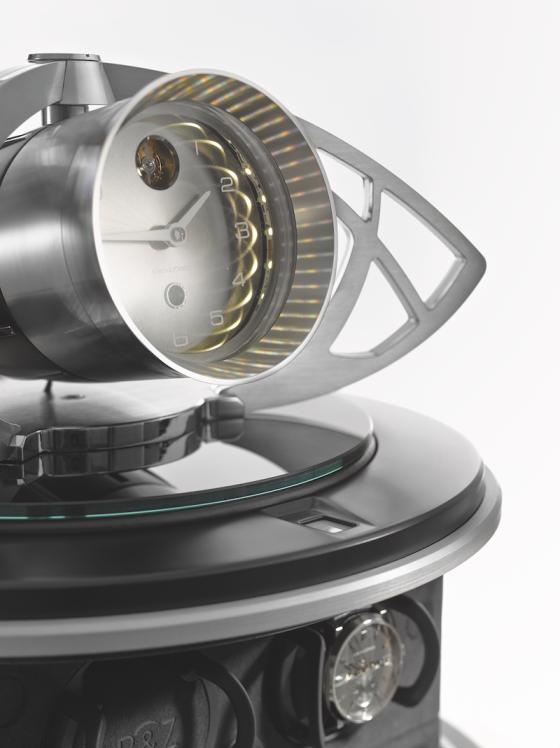 But don’t let their ultra lux surface and gimmicks fool you – protection is still the name of the game here. The new “Solitaire Vision” for example, is protected by bullet-proof glass. 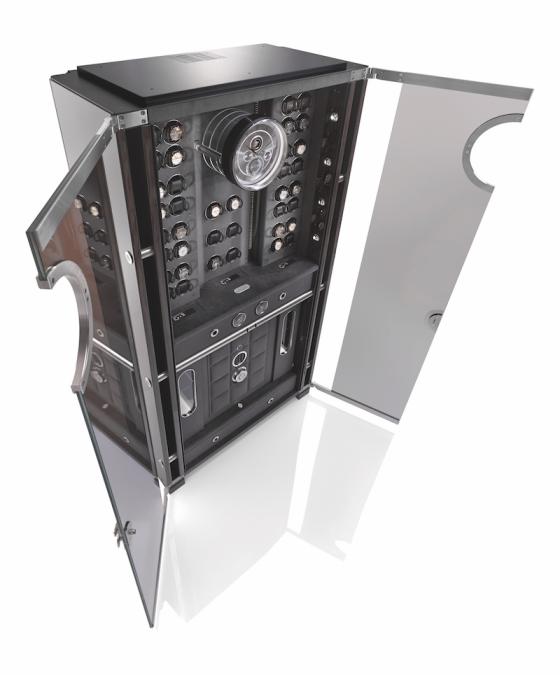 On top of that, it has 46 time mover, a fine timekeeper with dual time function topped off with a tourbillon escapement. If that wasn’t enough, the Solitarie Vision also boasts a humidor, a bar module and an integrated Hi-Fi system.

With all the bells and whistles, and the supreme level of protection, these creations are befitting of something that might be found in the lounge of a James Bond villain.