There’s only one original. This one-of-a-kind timepiece is a tribute to the first modern diving watch released by Blancpain in 1952. 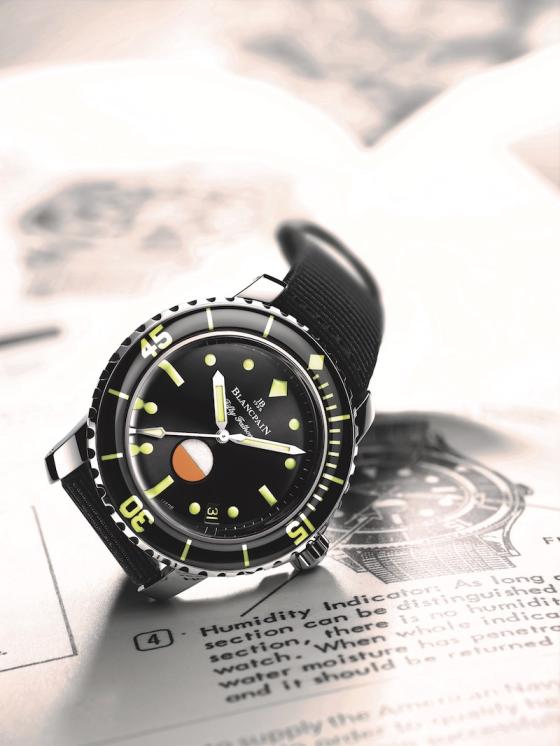 Fans of diving watches will recall that the original Fifty Fathoms model - launched in 1953 by Jean-Jacques Fiechter, then CEO of Blancpain – is regarded to be the first modern diving watch. That’s right, the Fifty Fathoms revolutionized diving watches, with its oversized case (41mm at that time), bold indices, and rotating bezel.

The timepiece was so well regarded, in fact, that it was worn by the French Navy’s combat swimmers corps in the early 1950s. It featured a unique, and potentially life-saving feature: a water-resistance indicator disk at 6 o’clock that would signal if any water had breached the case by changing from white to red. 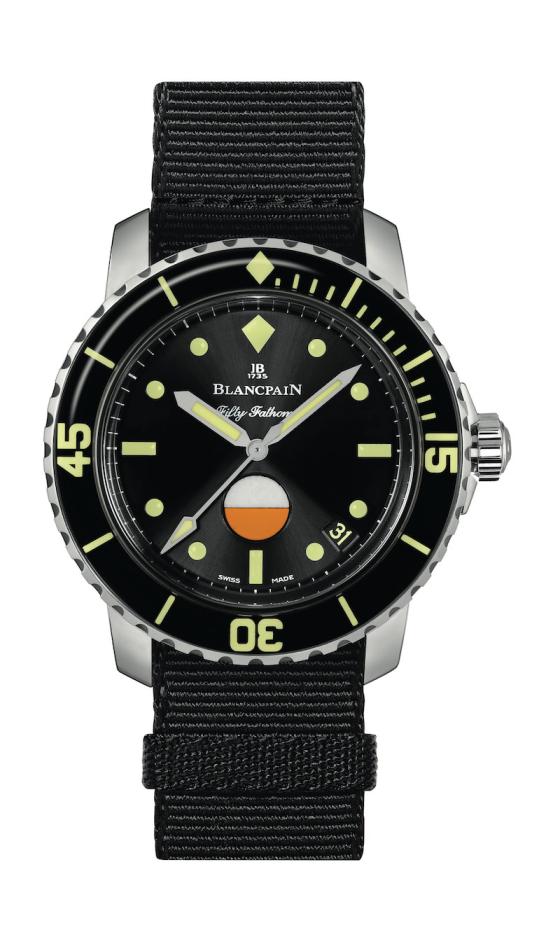 That is the base model on which Blancpain has drawn for the unique model that will feature at this year’s Only Watch charity auction, to be held in Geneva on November 11th 2017 in support of the Monaco Association against Muscular Dystrophy (AMM)

The Tribute to Fifty Fathoms MIL-SPEC “Only Watch unique piece” is equipped with the automatic caliber 1151. It is made up of 210 components, notable among them are the two series-coupled mainspring barrels that ensure a solid four-day power reserve. 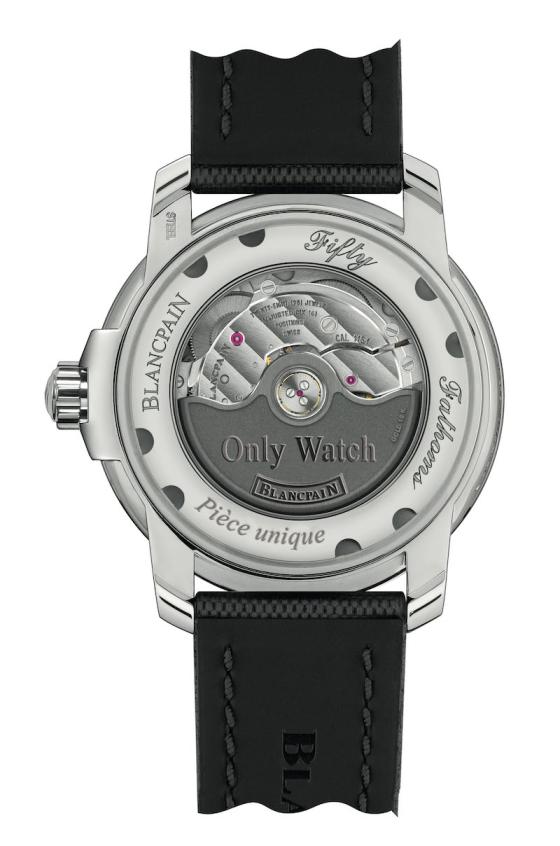 The vintage-sized 40mm diameter stainless steel case reveals the movement through the transparent sapphire case back. There, we see a solid gold winding rotor with a coating of a ruthenium-based alloy, as well as the Blancpain and “Only Watch” logos.

This timepiece reproduces all of the characteristics of the original, characteristics that we associate with all diving watches today. For this model, the black dial features markers and hands in yellow Super-LumiNova that have been customized to remind of the colours of Only Watch 2017. Once again, there is that special water-resistance indicator at 6 o’clock, which is functional and adds something unique to the dial layout. 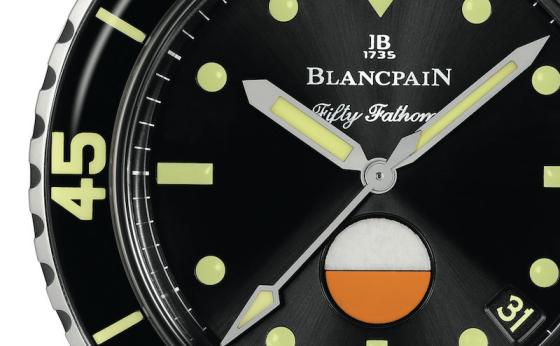 The black unidirectional rotating bezel – an innovation for diving watches credited to Blancpain - also has luminescent yellow markings. It is topped by a scratch-resistant sapphire ring, an feature introduced in 2003 to protect from wear and scratches.

And of course, this wouldn’t be a proper Fifty Fathoms tribute watch without solid water resistance. In this case, the watch will perform up to 300 meters under water, which is actually more than 50 fathoms.