Specially made for the Only Watch 2017 auction, the one-off automatic Aikon timepiece is an indication of more things to come from the Swiss watchmaker.

The Aikon series of timepieces by Maurice Lacroix are among the more recognizable from the brand’s offerings. Defined by a sharp and modern case that features straight lines and clear angles, the watch is one of the brand’s best-sellers.

But you might be surprised to learn that the Aikon range used to be called the Calypso back in the day. That’s right, during the 1990’s those quartz Calypso models were among the most popular of the day, not just by the brand but overall. 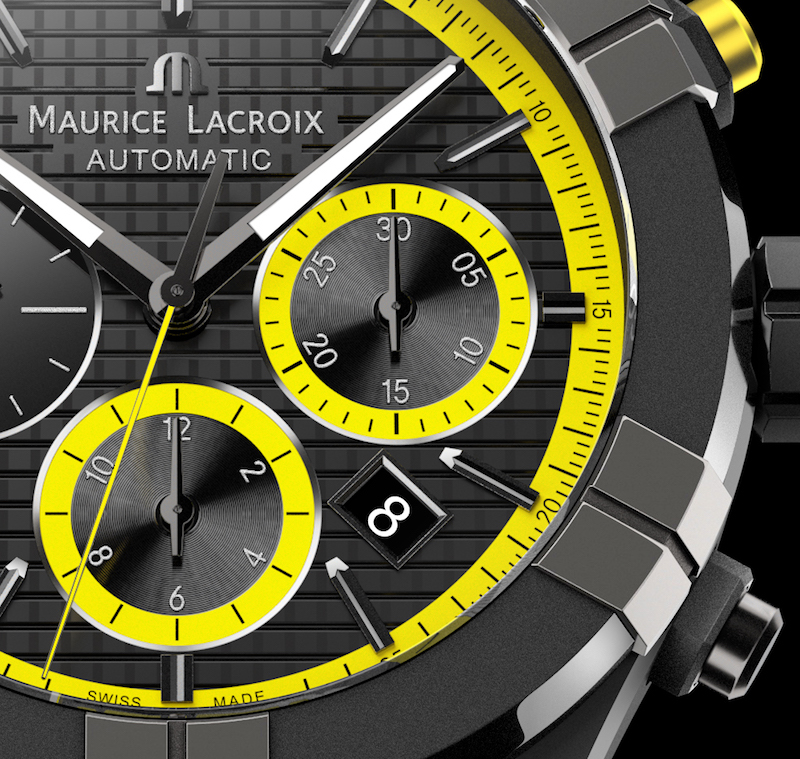 Building on that success, Maurice Lacroix redesigned the Calypso and transposed the design codes of the 1990s to the more contemporary Aikon range. For example, its bezel with sets of double tabs echoes the shape of the original’s double, parallel, central lugs.

Adding to the ever growing Aikon range, the brand has just announced a one-off timepiece for the 2017 Only Watch auction. The unique model is not just special because it is a single piece creation but also because it is the first ever automatic chronograph model within the range.

The Only Watch colour theme this year is reflected in the black and charcoal gray PVD coating, accented by bright yellow highlights. The square pattern on the dial also adds to the overall masculine and sporty feel of the watch.

The angular 45mm stainless case houses the brand’s own calibre ML157, an 2-counter automatic chronograph movement with date function. With a 48-hour power reserve, it boasts careful finishing like the Côtes de Genève over the movement’s backside and rotor.

The dynamic gray and yellow chronograph will go up for auction by Christie’s in Monaco on November 11 to support the AMM charity dedicated to fighting myopathy.

Not only that, but rumour has it that this timepiece is also set to be just the start of a soon to be broadened generation of Aikon timepieces. Stay tuned for further developments.