What exactly are they hiding? The “antique” wristwatch and pendant are fitted with ultra-rare coins from antiquity that open to reveal their secret. 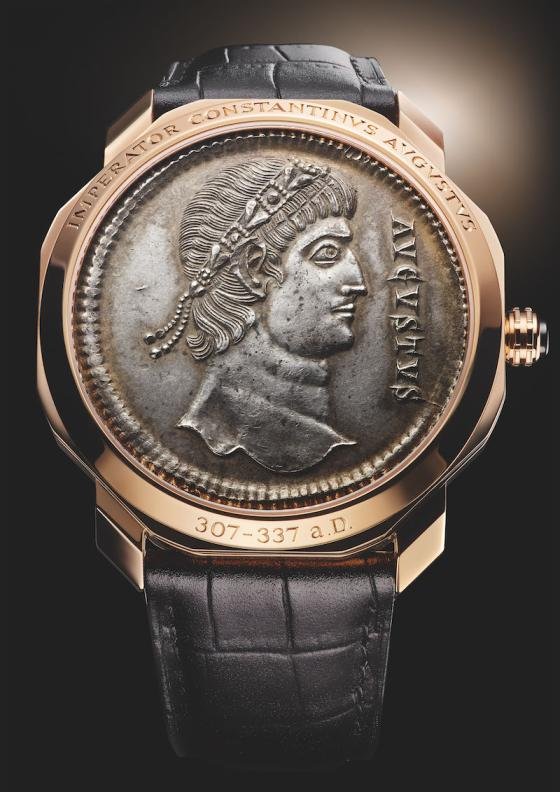 Luxury watchmakers typically boast about their old history. The longer a brand has been in the game, the assumption goes, the more legitimate it is somehow perceived to be. And customers generally like the idea that they are not simply buying a timekeeper, but that they are also buying into the history of the brand.

Invoking history is common enough in the world of watches. But invoking antiquity is something a bit different. Here we have Bulgari, with two new “antique” timepieces that reflect a period nearly two millennia ago. 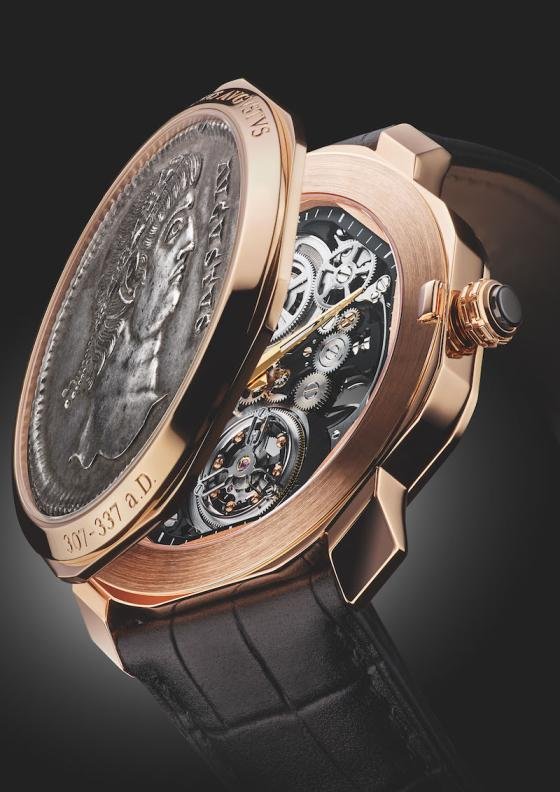 The two creations are a combination of fine watchmaking, high jewellery and even rare currency. Two “secret” watches (more on that later) are an Octo and a high jewellery pendant models. They allude to the story of Bulgari, with its roots embedded in classical culture.

Since the 1960s, the Maison has been incorporating within its jewellery creations rare and ancient Greek and Roman coins. By now, the technique has become something of a signature for the brand. 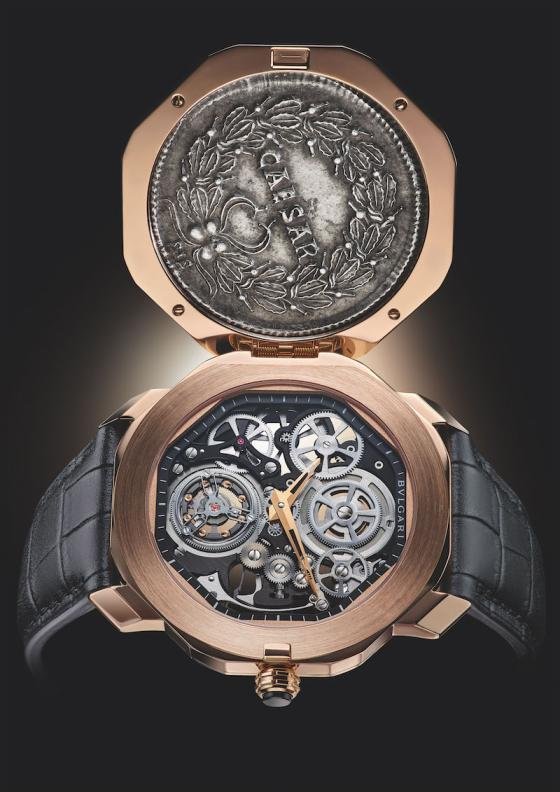 In this case, the Octo Monete wristwatch employs a very rare 4th century Roman coin struck to mark the 20-year reign of Constantinus Augustus (301-336 BC). The silver coin is fitted onto a 44mm octagonal case struck in 18kt pink gold.

On its front, the coin bears the portrait of Emperor Constantine Augustus wearing a diadem, accompanied by the inscription “AVGVSTVS”, while the back features a laurel branch and the inscription “CAESAR”.

By pressing on the crown, the watch opens and we uncover the “secret” of the timepiece: the very thin and open-worked Finissimo Tourbillon Calibre BVL 268. The hand-wound movement with hour and minute indications delivers up to 52-hour power reserve. It’s a hair under 2mm thick, giving the watch a fine profile. 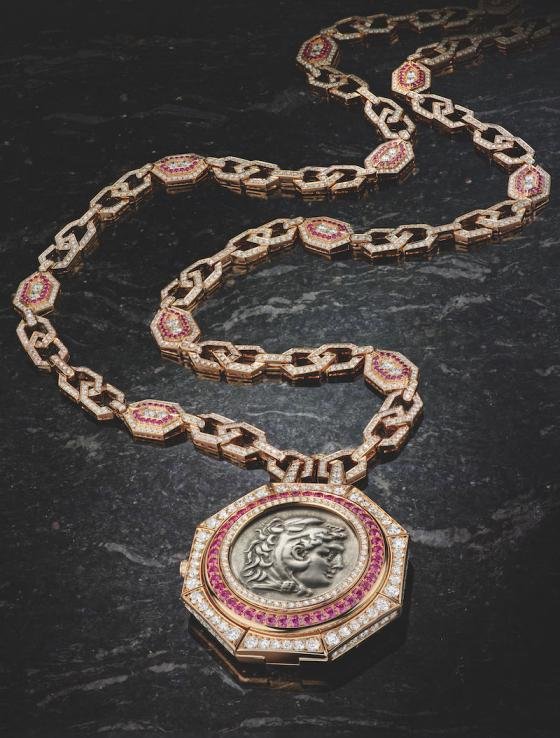 The sister timepiece is the similarly octagonal-shaped Monete pendant watch that also hides an entirely skeletonized gold tourbillon movement. The cover of this secret watch is topped by a tetradrachm depicting Alexander the Great (336-326 B.C), the King of ancient Macedonia and one of the greatest conquerors of all time. 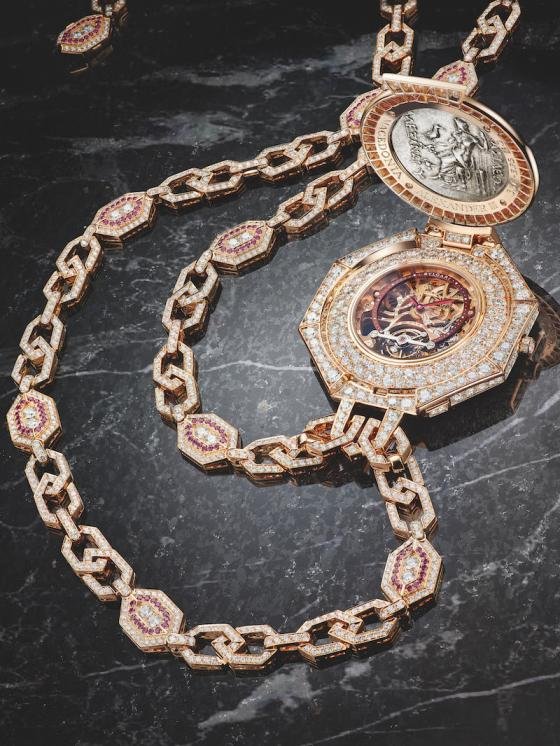 These one-of-a-kind creations by Bulgari are stunning examples of watchmaking and high jewellery. And by using symbols that transcend time, they also bring more than just history to watch fans - they bring antiquity into the 21st century.