Hands on with Blancpain at the world’s biggest GT3 race


Hands on with Blancpain at the world’s biggest GT3 race

Audi captures its fourths winner’s trophy at this year’s Total 24 Hours of Spa, the flagship event of the Blancpain GT Series. 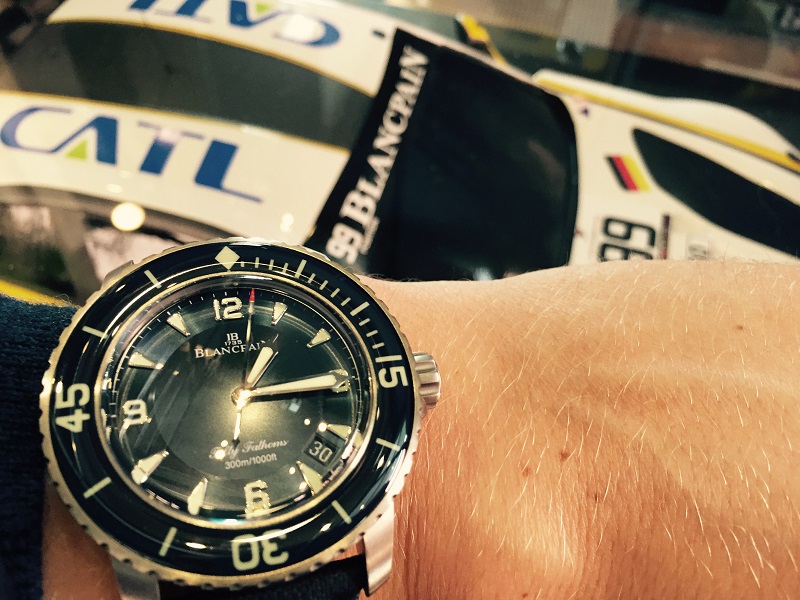 The Total 24 Hours of Spa is the world’s biggest GT3 race, and the highlight of every year’s Blancpain GT Series. It took place last weekend at the Spa-Francorchamps in Belgium, and Europa Star’s very own Serge Maillard had the pleasure to attend the high octane spectacle, to take in a bit of the racing, and of course to discover what Swiss watchmaker Blancpain has been up to. 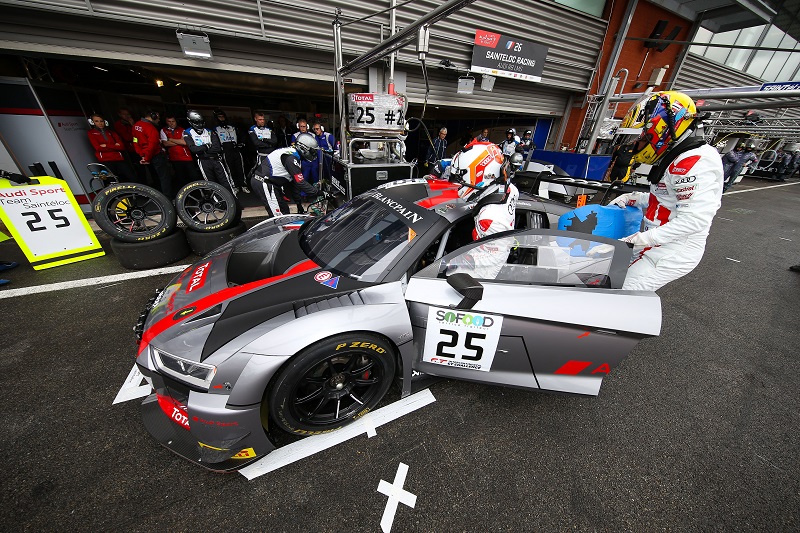 This now famous race was inaugurated in 1924, just one year after the famous 24 Hours of Le Mans kicked off (something tells me the timing wasn’t a coincidence). Back then, the 24 Hours of Spa was held on public roads between Belgian towns. Now, of course, things are a bit more organized, with the racing taking place at a 7.004 kilometres closed circuit that was opened back in 1979. 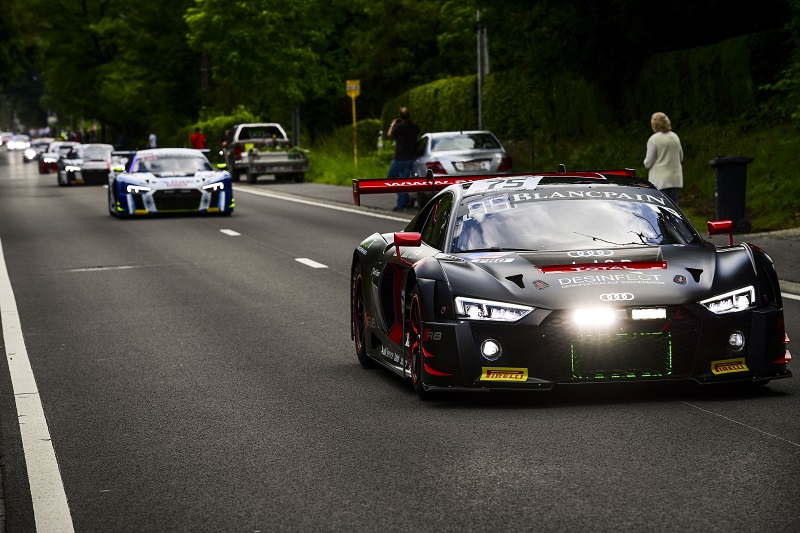 With 63 high performance cars taking part, the endurance-racing classic was never going to disappoint. There was plenty of drama, including overtaking, slippery conditions from the rain, collisions and severe crashes, and even penalties dished out by Race Control, which kept a close eye on the drivers’ antics. 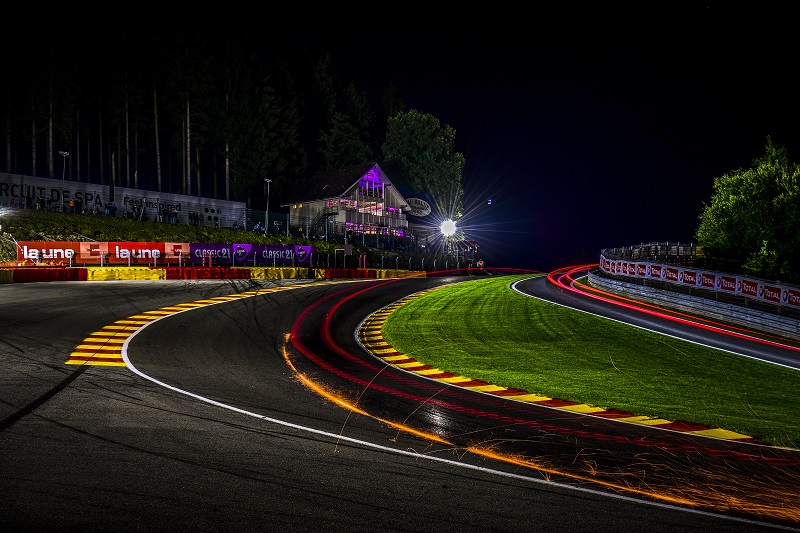 What makes an endurance race unique is that points are not awarded at the end, but teams are awarded points at various points throughout the 24 hour competition. At the business end of the race, the battle for the lead was almost entirely a German affair, with the likes of Porsche, Audi, BMW, and Mercedes vying for the top spots. It’s no surprise that German car makers would excel at Spa, and we might be seeing more dominance by German brands in watchmaking too, but that’s a story for another day. 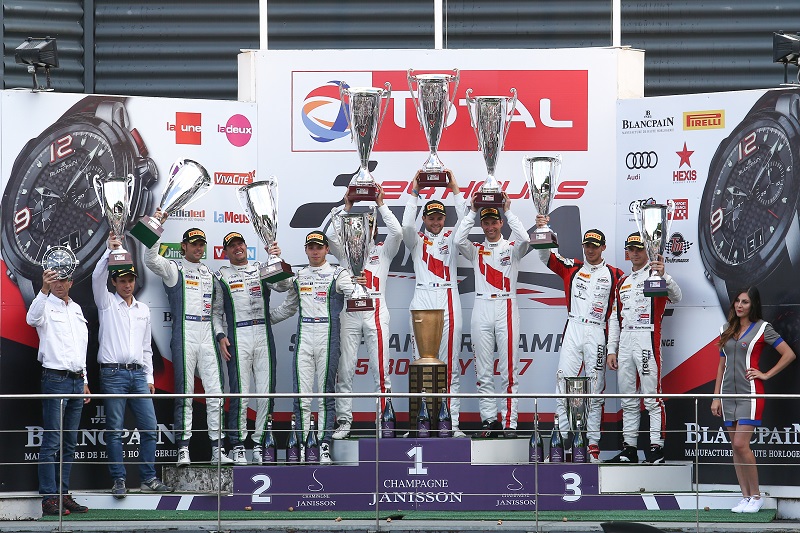 After all the excitement, it was the #25 Audi Sport of Team Saintéloc and Markus Winkelhock that took first place. This was the fourth title at Spa for the manufactures, after earlier success in 2011, 2012 and 2014.

Being the official timekeeper and main sponsor of this GT Series is one of Blancpain’s major involvements. The brand has been deeply involved with the space for nine years now, and has helped to make this even an international benchmark in GT racing. 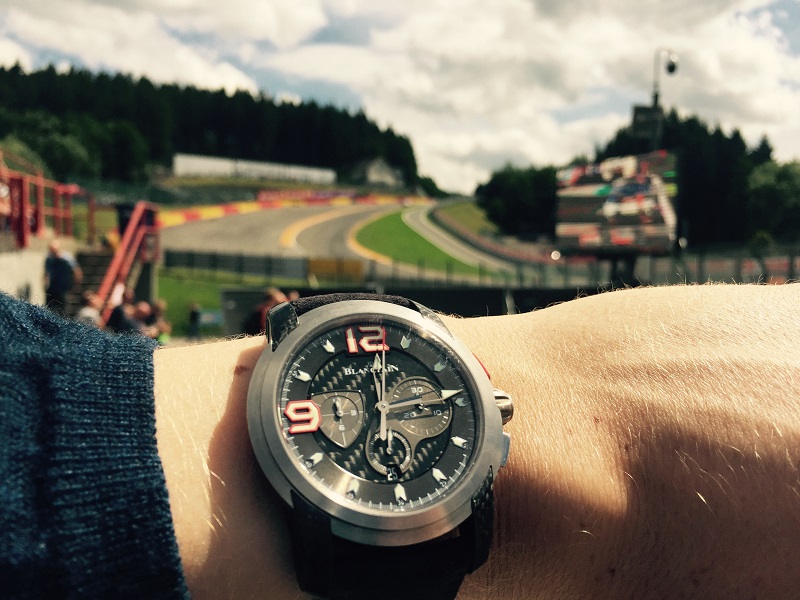 The race was also an opportunity to showcase the natural synergies between motorsports and watchmaking. A dedicated area on site allowed professional drivers and watch enthusiasts to mingle and to get a unique behind-the-scenes race experience. 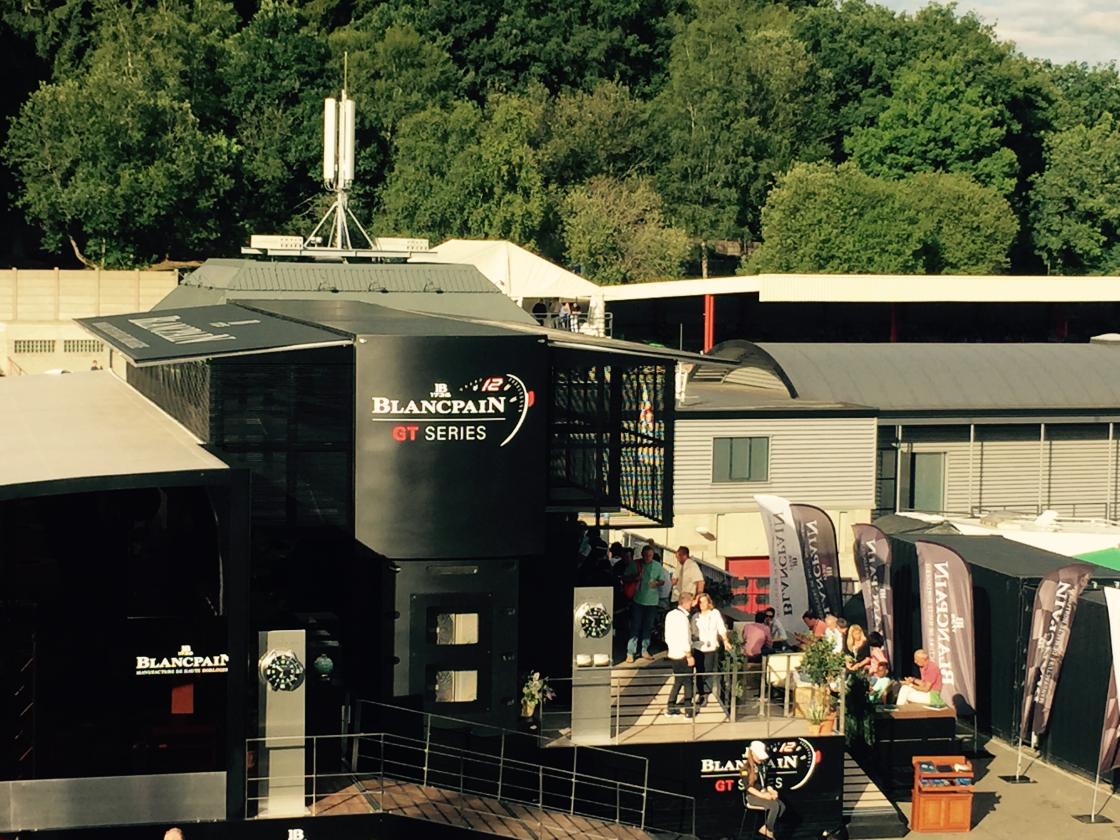 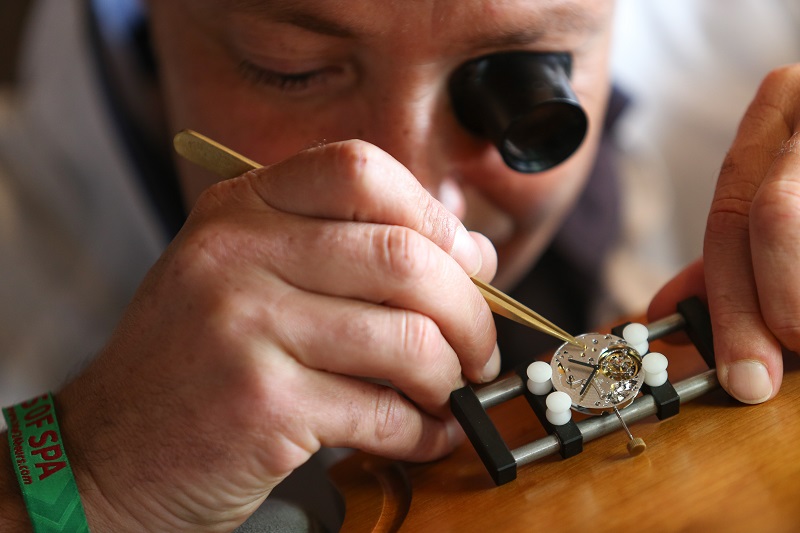 The event offered an immersion into the world of the manufacture, with a workshop area on site where a master-watchmaker gave various demonstrations. Guests also had a chance to go hands on with the brand’s iconic Fifty Fathoms timepiece during the race, in addition testing out the L-Evolution model. And by the looks of it, these timepieces are equally comfortable going 300km per hour as they are 300m under water. 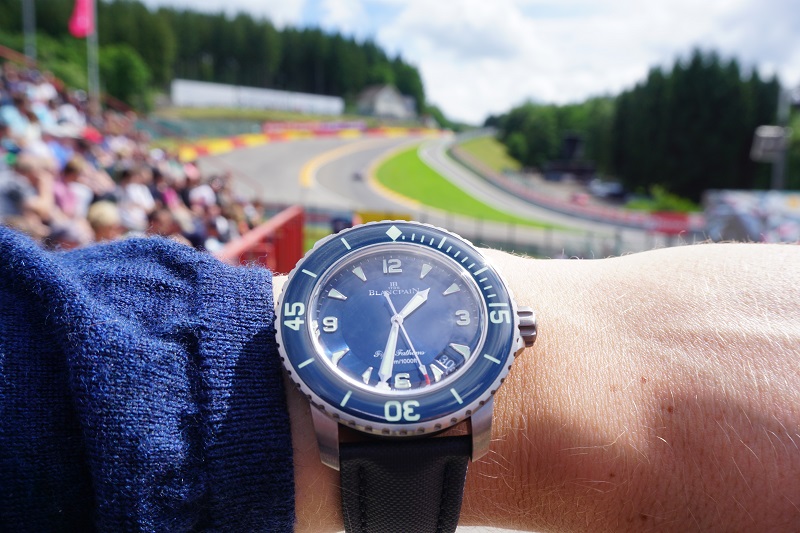 Stay turned to the upcoming print issues of Europa Star for more on that, and other novelties coming from the Blancpain manufacture.