Vicenterra: Making it, despite the odds


Vicenterra: Making it, despite the odds

The Swiss watchmaker is a great example of entrepreneurship, perseverance, and yes, fine watchmaking too, as shown by the GMT-1 and the T2 models. 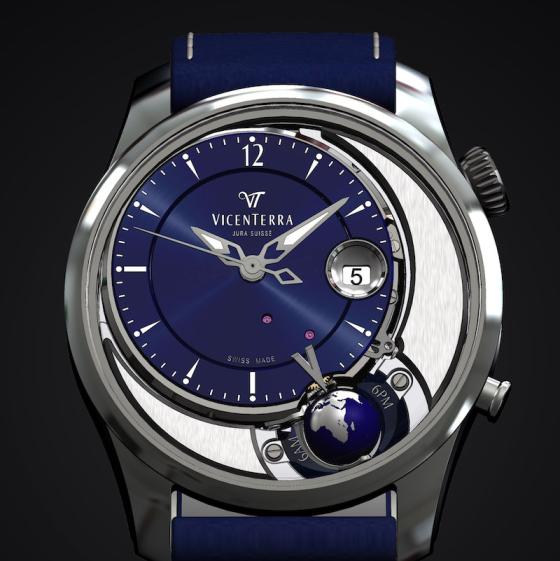 The story of Vicenterra is as much about human adventure as it is about challenges and entrepreneurship. It’s the story of Vincent Plomb, to be more precise, the man who navigated a tough climate and fought over many years to bring success to his watchmaking venture.

Trained as a micro-mechanical designer, Vincent was introduced to watchmaking over a decade ago. The roots of his brand go back to 2003, when Realis, the parent company of Vicenterra, was born. Shortly after, Vincent had already designed his first watch module with three complications. 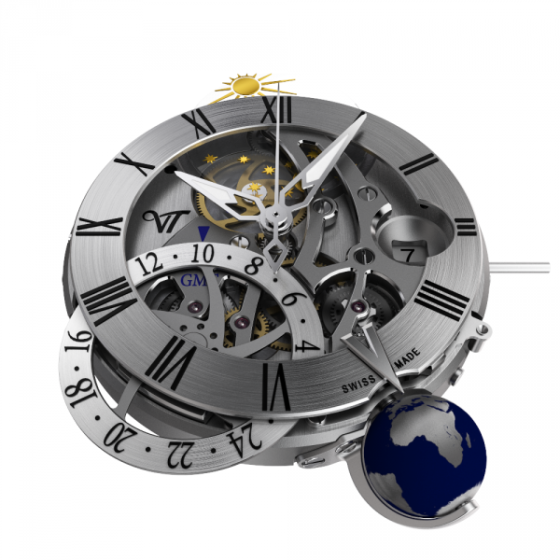 But time wasn’t exactly on Vincent’s side. After prospecting several production vectors for his new watch concept, the financial crisis hit in 2008, putting a hold on his dream. His first project remained pending (more on that below), but by 2009 the GMT-3 model was conceived.

It took over a year to get enough pre-orders for the GMT-3 in place to make production possible. From Chicago, Beijing, Sydney, Paris and Geneva, the number of the pre-orders finally reached the minimum number needed by October 2010. 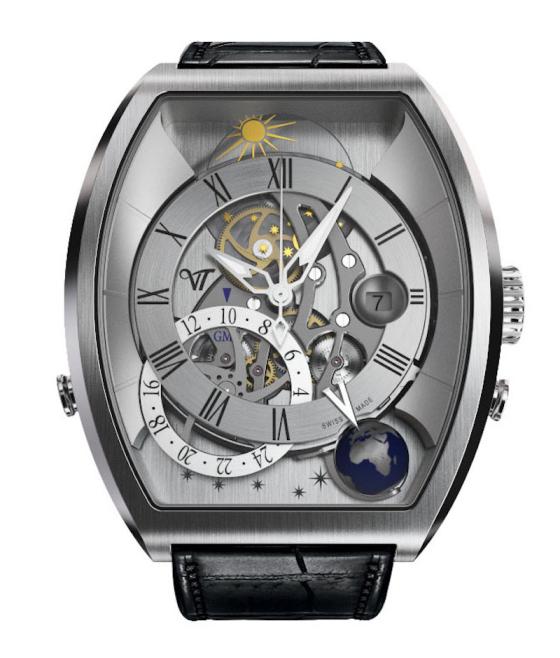 After the initial success of the GMT-3 model, the GMT-1 was released – which was in fact the first model in the series intended for launch in the early days of the company. The first edition of the watch is the T1 5555, and it maintains the spirit of the previously released GMT-3, like the unique tonneau case. 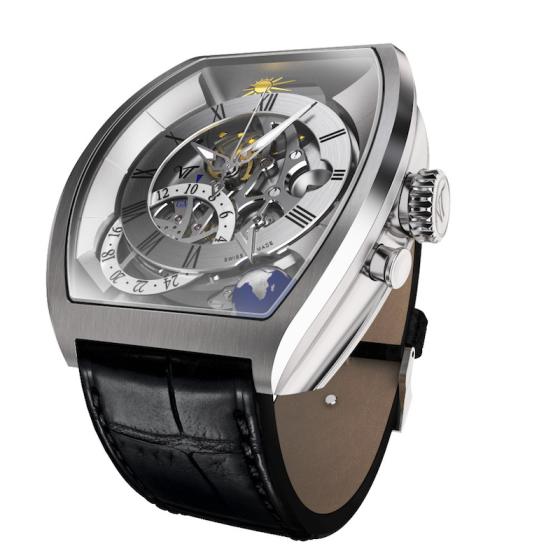 The watch provides an alternative to the retrograde display, with a spherical date aperture at 3 o’clock, a metaphorical representation of the moon positioned between the earth and the sun. The watch was launched to mark the brand’s 5th anniversary, in a limited edition of only 55 pieces, at a cost of 5,555.55 Swiss francs.

The GMT series of watches are fine in their own right, but I fancy the Tycho Brahe series – named after the famous Danish astronomer. Specifically, the latest T2 model, with its grade 5 titanium case and blue dial overlaid with traced indexes. 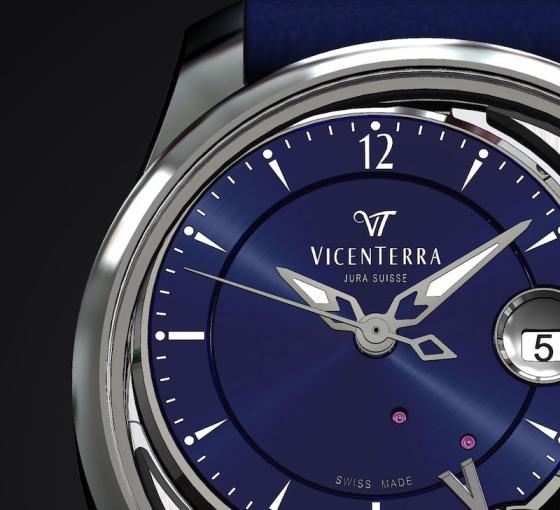 The T2’s off-center sober face is surrounded by a rhodium crescent moon, and it is balanced by the brand’s signature mark on the opposite side: a globe lit by the sun at local time. The complication is based on the automatic ETA 2892, fitted with a special module by Vicenterra to make it all happen. 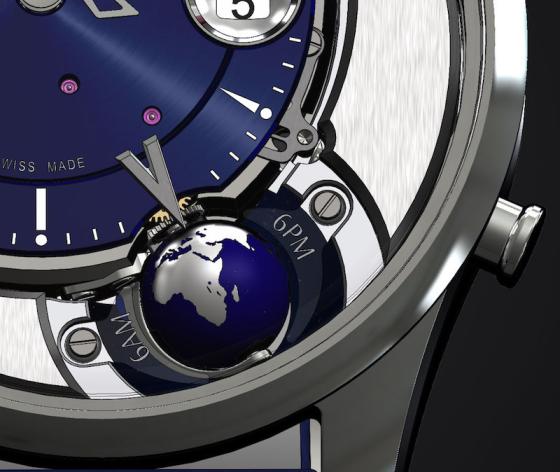 With 95% of the components of all models manufactured in Switzerland, Vicenterra watches aren’t short on quality either. Matched with excellent designs and of course a strong entrepreneurial spirit, makes this a brand worth a second look.