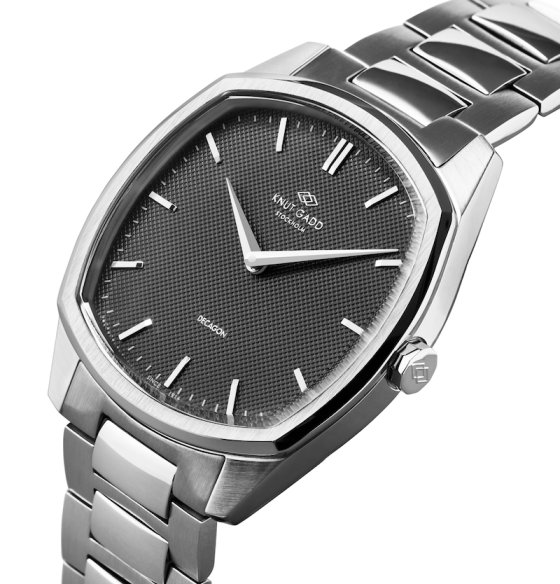 There are several young, up-and-coming watch brands descending upon the industry from the North. If you need a refresher, check out Europa Star TIME.BUSINESS, the Chapter 2/17 edition.

Since the time of writing, we’ve discovered yet another one joining the ambitious group of Nordic Brands: Knut Gadd.

Based out of Stockholm, Sweden, the brand comes with the usual clean Scandinavian lines, matched by a very accessible price point that could easily see you buying several of these timepieces without missing a blink. 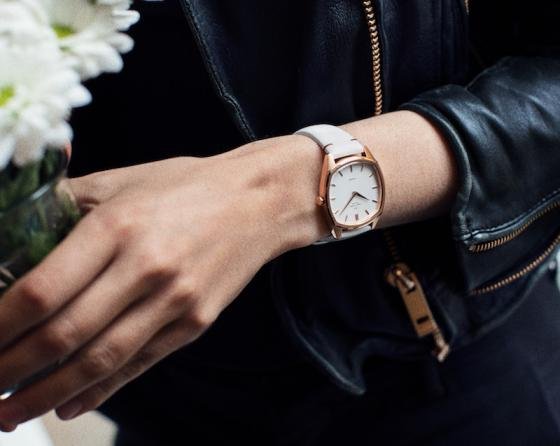 The story of this brand begins with an old photo and a bit of a mystery. Carl-Johan Gadd, the brand founder, had been browsing through several family photos and noticed an elegant wristwatch with which his grandfather was pictured. But by the mid-1960s, the watch disappeared from the family photos, and no one knows what happened to it.

Carl-Johan then apparently travelled to his grandfather’s old neighbourhoods, including Murray Hill in New York, Altona in Hamburg, Chelsea in London, St Germain in Paris, and even Kowloon in Hong Kong. Quite an audacious adventure, indeed. 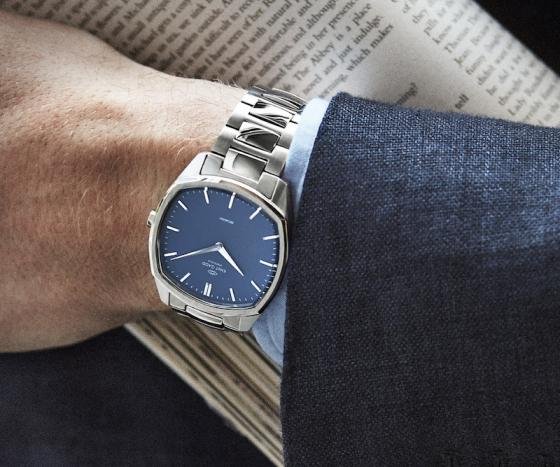 Unfortunately the grandson was no closer to discovering his grandfather’s watch make and model. Not being able to find it, he then decided to remake it himself, and Knut Gadd was born with a stylish and sophisticated new watch series.

The model you see here is called the Decagon, and if the name is anything to go by, you might expect the watch case or bezel to have ten sides to it. Instead, what we actually have is a decidedly vintage looking 38mm cushion shaped case. It comes in at only 7.7mm high, making it a relatively slim and elegant dress watch that reminds me of some of the Omega Genève models of the 1960s. 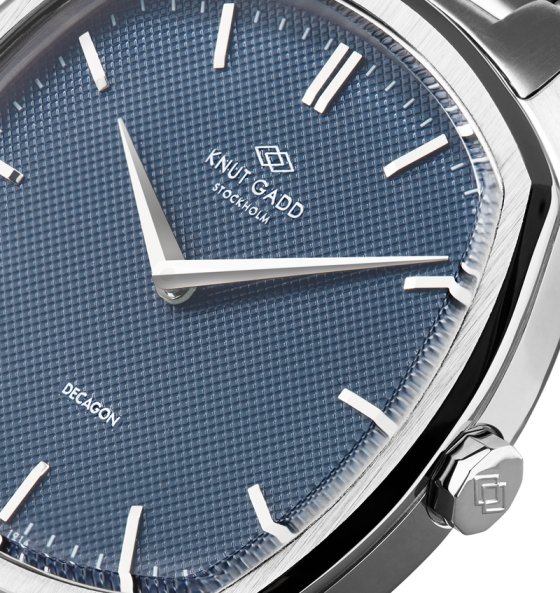 The styling of the period is also seen in other details, like the nicely embossed dial, the facet-cut indexes, and perhaps most prominently in those nice V-shaped hands common during the late 1950s and early 1960s. The watch is capped off with a mineral crystal and a Japanese quartz movement, which helps to keep prices very reasonable.

Depending on the model, the prices usually don’t stray too much one way or another from the mid-100 euro rage. Within that range, Knut Gadd finds itself in direct competition with the likes of fellow minimalist style brand Daniel Wellington. I already know which one I would choose.