Introducing Stage watches and the new “Phase One” Kickstarter campaign


Introducing Stage watches and the new “Phase One” Kickstarter campaign

The ambitious new start-up brand has just launched its first series of bold timepieces, with the mid-range market firmly in mind. 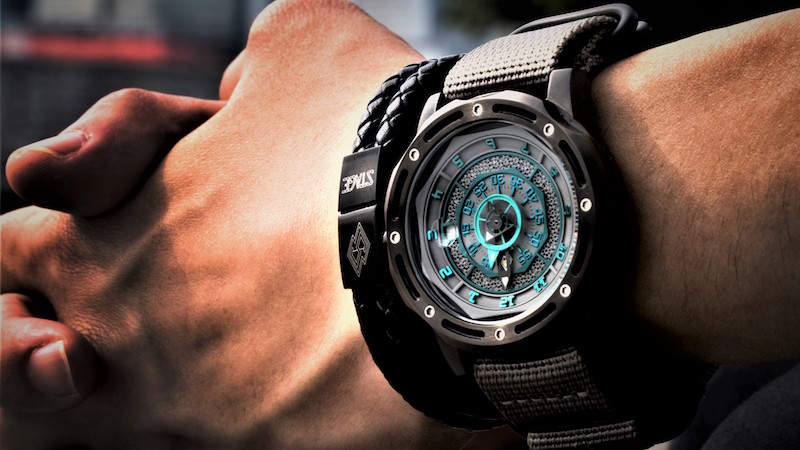 With prices of high-end luxury watches unreachable for many these days, an opportunity has opened up for low and mid-range watches. One issue there, however, is that the quality of such watches seems to vary much more than at the high end.

Nevertheless, it’s fair to say that this is an interesting period to start a mid-range watch company, as the industry still seems to be re-positioning and is not yet recovered from the crisis that hit a few years ago. 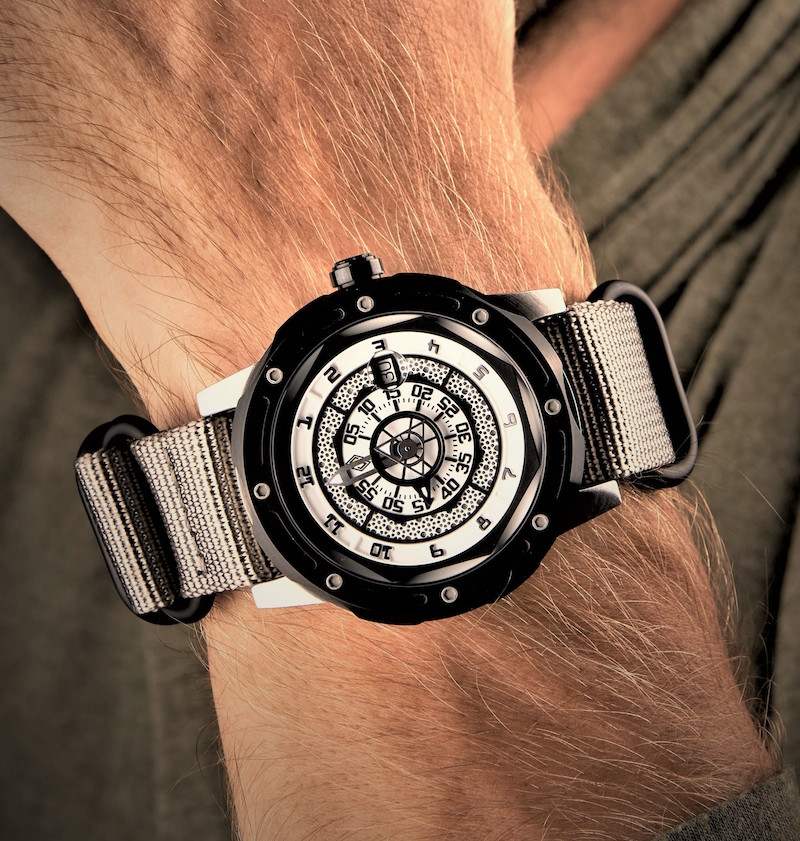 Enter Stage watches. With the help of crowdfunding – which has disrupted and democratized the way smaller companies do business – the new watch brand from Hong Kong has jumped right into the fold via Kickstarter. 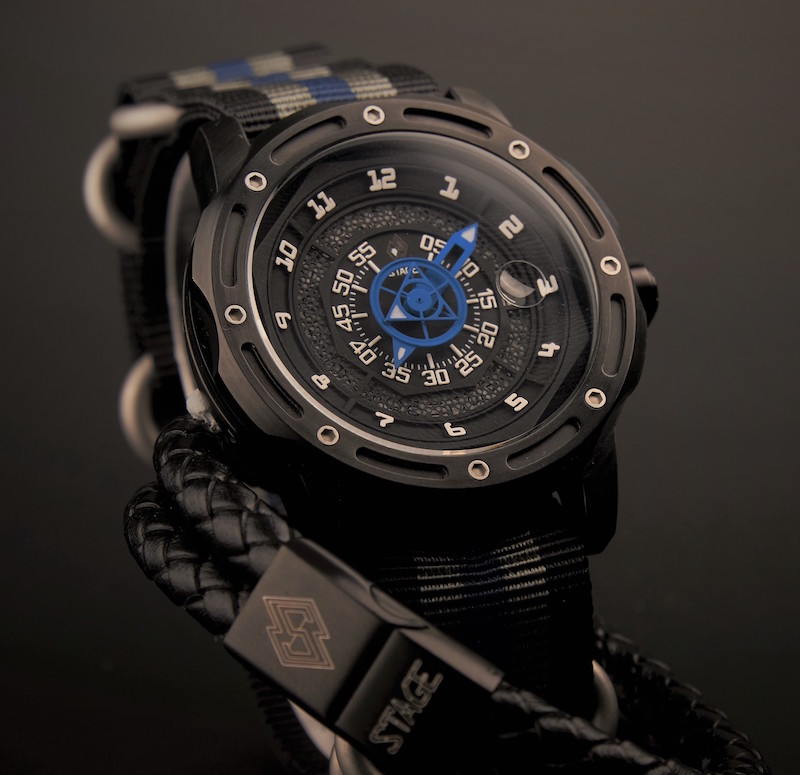 The philosophy behind Stage is to offer affordable quality timepieces, to be released in small limited editions. The long-term goal is to produce about two or three models per year, including proper diving watches certified up to 500m water resistance.

No doubt all that will require a lot of creativity in design. But you can be rest assured that each watch will be full of personality based on what we see so far.

The ultimate objective is to take a chunk out of the mid-range market, with early ambitions that none of their watches will retail for more than $1200 USD. 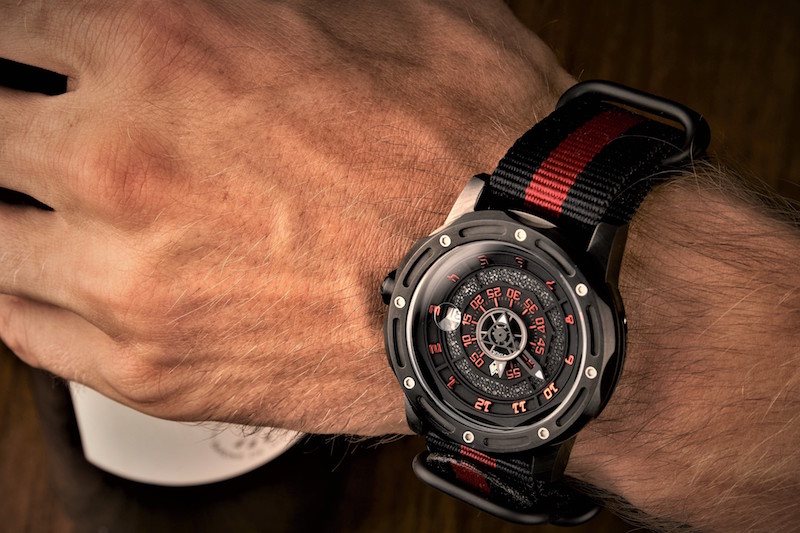 But before we run, we walk. Because there’s no better place to start than the beginning, the first project is called Phase One. I do like a brand that just gets straight to the point and gets on with its business.

The Phase One is defined by three elements. One is the Roman Coliseum, and its bowl-shaped architecture has clearly inspired this watch. The entire package features a gradated and layered look which give the watch an ultra modern feel.

To tell the time, the designers have opted to use different shapes creatively: the long hand indicates hours, the circular roulette the minutes, and the triangle on the top the seconds. 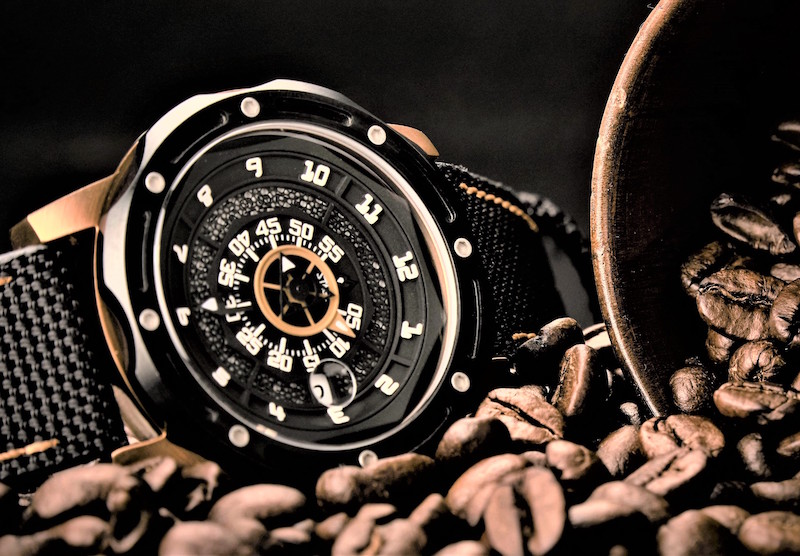 The second is a strong geometric element, in particular the octagonal design which pays tribute to the man who popularized the look, Gerald Genta. In this case, we get an octagonal ring outside the inner Coliseum-inspired design.

The third element is a creative one: a quick interchangeable bezel. This will allow anyone to swap out the colours at home with relative ease.

The powerful design on the outside is matched with the solid overall performance of the Swiss-made Sellita SW200-1 movement. Each watch is also meant to go through a 240-hour examination and it will be shipped with the accompanying test results. 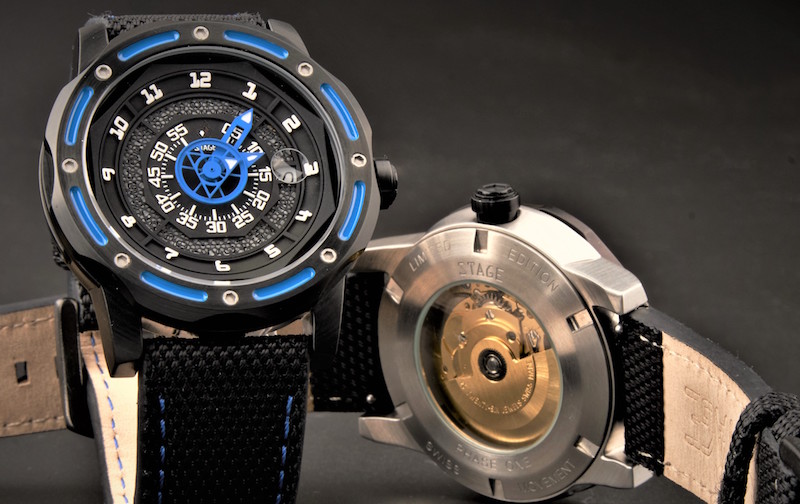 Other notable aspects of the Phase One include water resistance to 30m, sapphire crystals (with the option of a magnifying glass) and a quick release strap system. For those looking for a bit more personalization, the brand also offers laser engraving on the iron plate on the side of the case as an added bonus.

With the Phase One, Stage is demonstrating that it is a young brand full of ambition. It may be just a two-man operation, but they’re already showing the fighting spirit of the warriors in the Coliseum.

The watch industry isn’t necessarily a battle to the death like in the Coliseum, but the battle is always upward to be sure. This new start-up looks set for the challenge.