Can Delma win at the 2017 Grand Prix d’Horlogerie de Genève?


Can Delma win at the 2017 Grand Prix d’Horlogerie de Genève?

With the Klondike Moonphase, the independent brand is vying to join the upper echelons of Swiss watchmaking. How will it stack up against the competition? 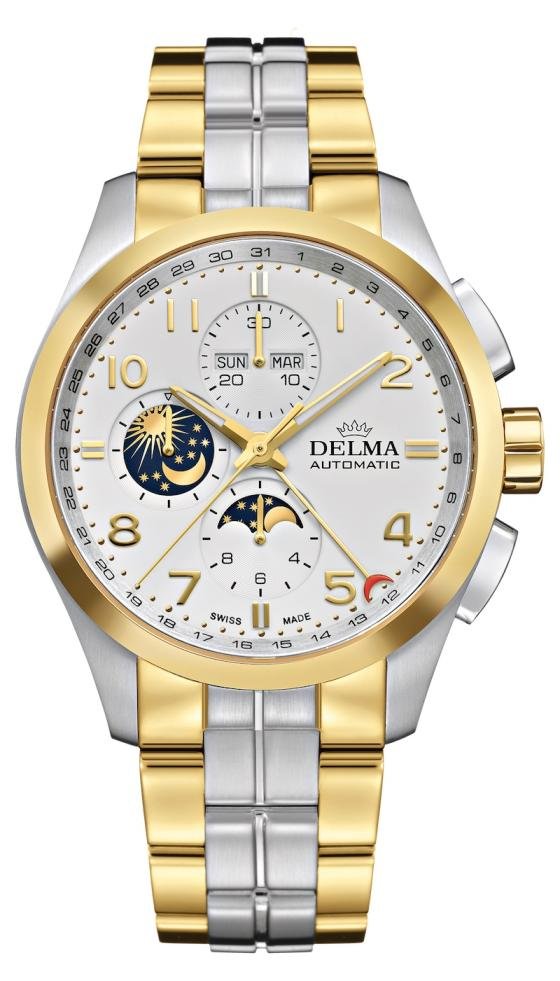 The Grand Prix d’Horlogerie de Genève – or GPHG for short – is one of the most prestigious stops on the annual watch industry calendar. Since 2001, the GPHG has celebrated excellence in watchmaking and is awarded each November in Geneva, Switzerland.

The 2017 edition of the awards ceremony has already thrown up some surprises, for example the inclusion of two watches by Chinese brands for the first time.

And Delma is now also in the running. The Lengnau-based watchmaker will participate in this year’s competition with its signature model, the Klondike Moonphase, in the Calendar category. 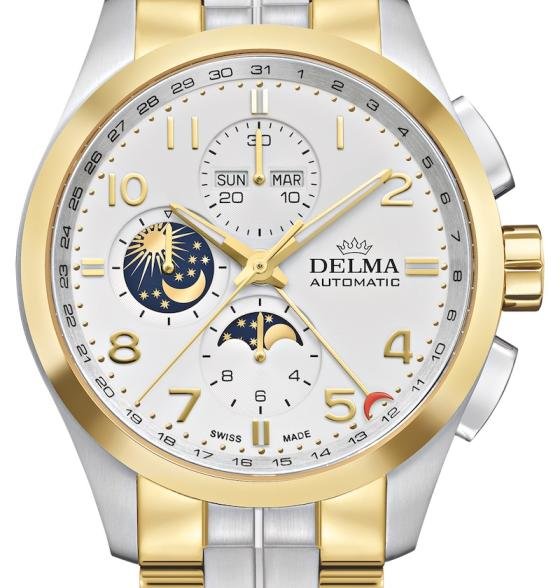 The family owned company has been in business since 1924, and over its long history it has remained true to the classic tenants of watchmaking. And that hasn’t changed with this timepiece, which is equal parts elegant and functional.

The Klondike Moonphase is a fitting competitor in its category. It is already well known for its distinctive day-and-night indicator – which fans of the brand will recognize as a core element of the Racing Collection.

The classy chronograph features a star-spangled night sky that is contrasted nicely with the radiant depiction of a golden sun. I also like the moon phase indicator beneath the chronograph’s hour counter, and the red half-moon on the pointer date hand are a nice added detail. 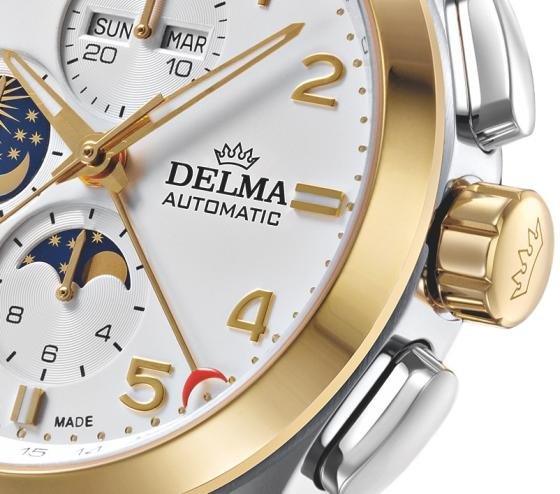 The pearled bridges, blued screws, distinctive Delma brand mark, and rotor decorated with Geneva striping also speak to the brand’s attention to detail. It is precisely that which has brought the Klondike Moonphase to the 2017 Grand Prix d’Horlogerie de Genève.

The display case back showcases the decorated movement, which has been customized by Delma. It is encased in a 44 mm stainless steel and two-tone yellow gold PVD case with matching bracelet or genuine leather strap option. 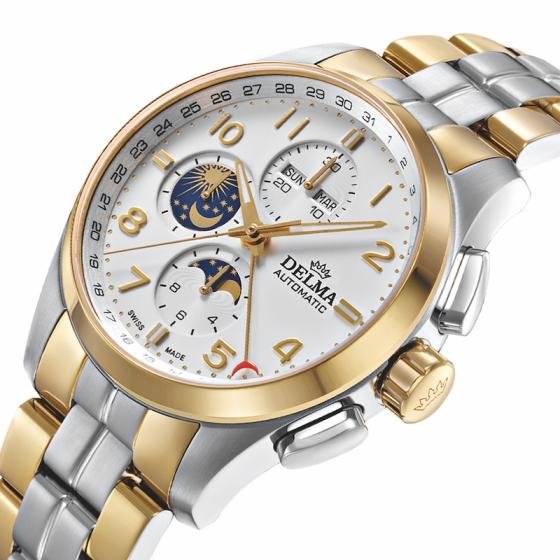 In sum, this automatic watch is the most complex one to be found in the Klondike collection.

As to whether it can take home the best in its class? Well, it will be up against some serious heavyweights, and I anticipate strong competition from the likes of Audemars Piguet’s Royal Oak Perpetual Calendar and the A. Lange & Söhne1815 Annual Calendar.

We’ll know for sure come November, when we announce the winners.