Orange is the new black. The Swiss watchmaker comes out with yet another solid offer, this time a new edition of the iconic Multifort model.

For nearly 100 years, Mido has been producing some great value timepieces, several of which are chronometer certified. And the brand from the heart of the Swiss Jura mountains continues to offer excellent value with its latest release, the Multifort Special Edition Chronograph.

For me, Mido = Multifort. The classic model was first launched in 1934 and as with all of Mido’s watches, it was inspired by the world of architecture. In this case, it was the Sydney Harbour Bridge, an impressive feat of engineering that was opened two years prior. 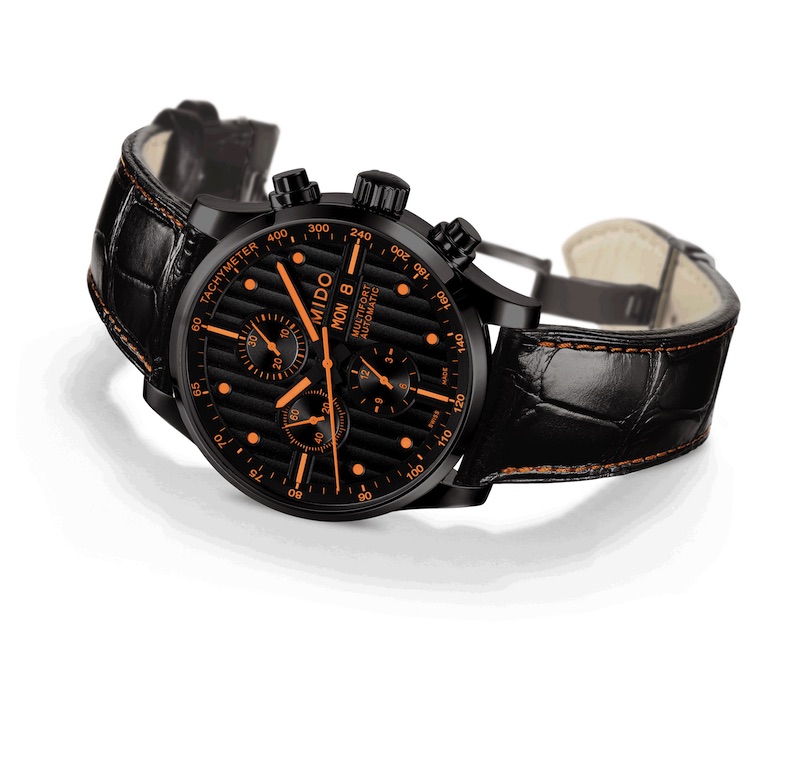 This version of the Multifort channels those same elements that have made the series a mainstay for the better part of the last century. That includes the strong black dial that features vertical Geneva stripes, snailed counters, and indices that have been treated with orange Super-Luminova.

Under the hood is the automatic chronograph Mido 1320 movement. In actuality, it is a base Valjoux 7750 movement that has been modified and adjusted to five positions. It also boasts decorations like blued screws and an oscillating weight with Geneva stripes, all of which can be seen through the sapphire case back. 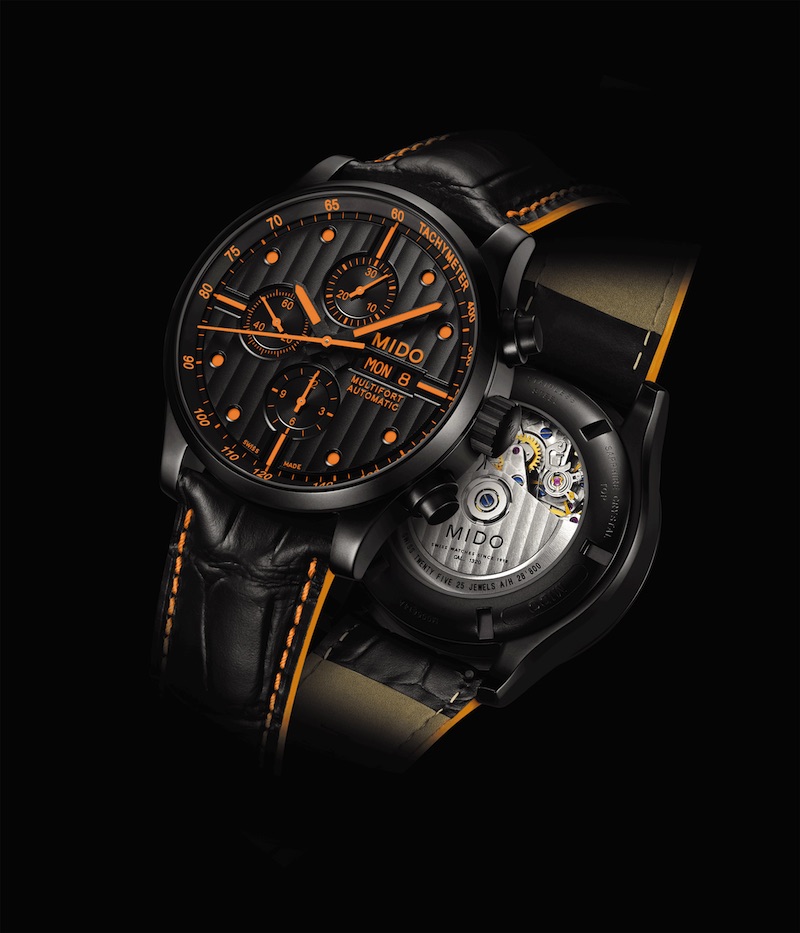 That is actually a change from the Multifort Chronograph Adventure model, which runs on the Caliber 60, a new-generation automatic chronograph movement that guarantees up to 60 hours of power reserve.

The otherwise solid 7750 movement found here is encased in a 44mm stainless steel package which sports black PVD treatment that promises up to 100 m of water resistance. 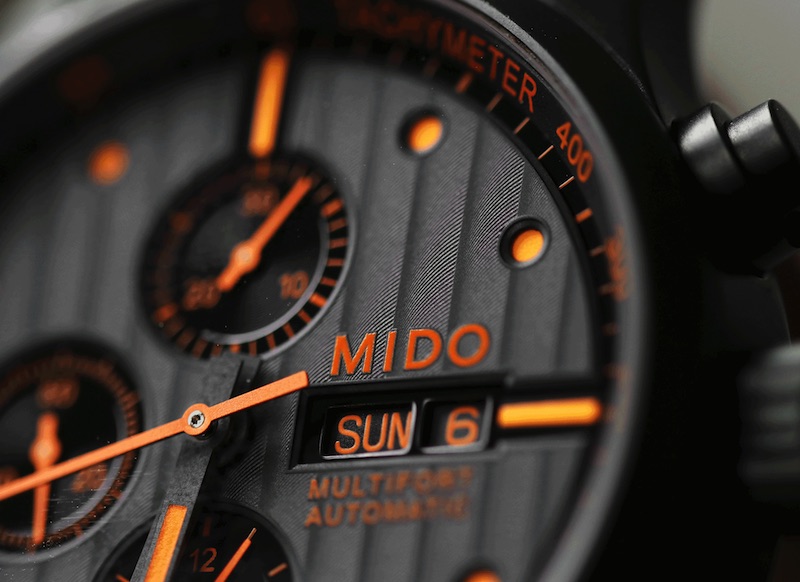 Personally, I like this sports watch paired with the orange calf leather strap because it makes the accents on the dial pop. For those interested in a more classic look, the strap is easily interchangeable with a black calf leather strap with a crocodile pattern.