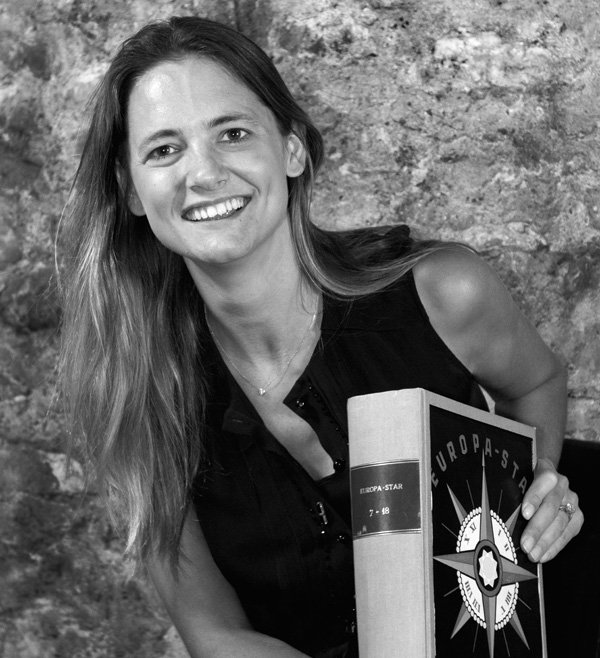 You belong to Galeries Lafayette group, widely known for its department stores in Paris and across the globe. Could you elaborate for us on the relation- ship between this group and your company?

In 2007 Galeries Lafayette bought Louis Pion, completing the portfolio begun with its 2005 acquisitions of Goldy and EuropaQuartz in France. All these entities were then reorganised, and today the company is composed of two branches: one for luxury distribution, Royal Quartz – with partners including Rolex, Omega and Cartier; and the second for fashion and lifestyle distribution, Louis Pion – with more than 70 brands including the latest smartwatches. Both brands can be found everywhere in France, in airports and of course in most of the Galeries Lafayette stores. We have a third activity: our teams are also in charge of buying and marketing watches for the Galeries Lafayette flagship store on Boulevard Haussmann.

Are you the main watch distributor in France?

Yes, for Louis Pion. We have more than 135 points of sale. This broadly-based and long-established network is one of our core assets, strengthened by our ability to distribute our own Louis Pion brand. Royal Quartz, on the other hand, has fewer stores (10) but the range is much more exclusive.

"Multi-brand clients will always need fair and unbiased advice. They will remain loyal to quality retailers."

Who was Louis Pion?

Ah yes, the famous Monsieur Pion! (Laughter) In fact we are currently working on creating both a masculine and a feminine identity for the brand, because our points of sales target both women and men. But no, Mr Louis Pion never existed. The brand was created in 1980 and was originally called Pion. To make it more personal, the name “Louis” was added later. It is interesting to see how this name added timelessness, especially now that it is fashionable again! Brand awareness is quite strong, especially in the Parisian region where both the network and also the Louis Pion brand are popular.

What price range do you cover, and where are you located?

For Louis Pion, prices go from €35 up to €1500. As for Royal Quartz, prices start at €1000 and… the sky’s the limit! The Royal Quartz flagship store is located in Rue Royale in Paris, near the prestigious Faubourg Saint Honoré district. We also have a strong presence in Paris’s airports, where we are seeing increasing sales to international clientele. We have an exclusivity agreement with the airports, making us their sole watch distributor. In 2012 we also bought Augis, Lyon’s most well- known watch and jewellery company.

When did you take over as Managing Director?

I joined in 2014 from Galeries Lafayette where I was in charge of buying and merchandising for luxury accessories. It was a natural evolution: I began by gaining an understanding of Galeries Lafayette’s DNA and buying savoir-faire, before moving into a stand-alone watch business, which represents some of the group’s finest accessories. When I arrived at Louis Pion, I discovered a new universe with its own codes and legends, a passionate and talented team and a large array of opportunities. But not everything was completely new, as part of my family lives in Switzerland and I am very attached to this region.

The watch department in Galeries Lafayette Haussmann is surprisingly huge. Why is that?

First, more than 37 million visitors came to the store last year, which makes it a tourist destination in its own right. So you need to make sure you can please every one of them! Overall, we represent almost all the major watchmaking names. And one of our great strengths is to offer a wide range of brands and a broad spectrum of models within each brand. We have to showcase the wide diversity of watches available, to ensure we can serve Chinese as well as Russian customers when they visit the store. The rest of our network, however, is mainly aimed at local customers: we need to understand and meet the needs of our loyal French clients!

There must be fierce competition between the watch brands to secure maximum visibility in an important store like Galeries Lafayette. How do you manage this?

I can confirm that we have many intense exchanges of opinion with all the brands we represent! For me, it is important to go and see them, to build a solid relationship with each brand so we can get to know each other. I talk to the brand representatives in France and I also travel to Switzerland regularly. The important thing is to be able to put yourself in the client’s shoes: in the end, it is the client who decides. I believe that multi-brand clients will always need expert, fair and unbiased advice. They will remain loyal to multi-brand retailers who know how to convey their passion for the diversity and the beauty of unique products.

What about the internet?

We have a Louis Pion online store, and we manage the watch section for the Galeries Lafayette website. After only two years of activity, its sales already match those of a top Louis Pion store, and the average price is higher on the website. But it is also a great way to drive traffic to the store. The success of our “click and collect” service proves that customers may choose online but they still enjoy interacting directly with our highly qualified staff in store.

What are the current sales trends?

There are many uncertainties that have an impact on our business today, such as national security issues in France, the anti-corruption campaign in China and the changing price of oil in Russia and the Middle East. However, the weak euro is also very appealing for our international clientele. Additionally, we have accelerated work with our local clientele over the last 18 months, and this has proven quite successful. As a result we see more opportunities than threats in the mid-term.