The date of this interview with the CEO of Audemars Piguet is 22 April – an important detail in this period of pandemic, when all over the world the situation is changing daily, and we’re at home in forced inaction. Although it is still far too early to draw any conclusions, we can already learn a few lessons from the abrupt stop to activity – hyperactivity? – in the world, and consequently, in the small part of it represented by the watchmaking sector.

The date of this interview with the CEO of Audemars Piguet is 22 April – an important detail in this period of pandemic, when all over the world the situation is changing daily, and we’re at home in forced inaction. Although it is still far too early to draw any conclusions, we can already learn a few lessons from the abrupt stop to activity – hyperactivity? – in the world, and consequently, in the small part of it represented by the watchmaking sector.
E

uropa Star: Some people are already rattling at the bars of their cages for a rapid return to the world as it was before. But will there be a return to business as usual?

F.-H. Bennahmias: Anyone who thinks that needs to think again. And the sooner the better, because no, there’ll be no returning to things as they were before. Not even gradually. Many changes are going to happen as a result of this abrupt halt.

The watchmaking sector was already undergoing a crisis, or in a situation of profound doubt, even before the pandemic broke out. Things weren’t rosy for everyone…

As far as we’re concerned Audemars Piguet was doing well before the coronavirus appeared. The past few years had been good for us. But just like everyone else, this is going to hit us hard.

That said, our clean bill of health makes us especially resilient. The success of the previous years will help us weather this megastorm. We haven’t laid anyone off and we won’t be doing so. We agreed on this right away with the board of directors. It was actually the first decision we made.

"The success of the previous years will help us weather this megastorm. We haven’t laid anyone off and we won’t be doing so."

Today*, there are just 30 people working in the manufacture out of a workforce of 800. We’ll pick up little by little while strictly abiding by the rules of social distancing and hygiene, but we’ll only get back to 100% very gradually. There will be rules to follow. We’re in continuous contact with the staff representatives. 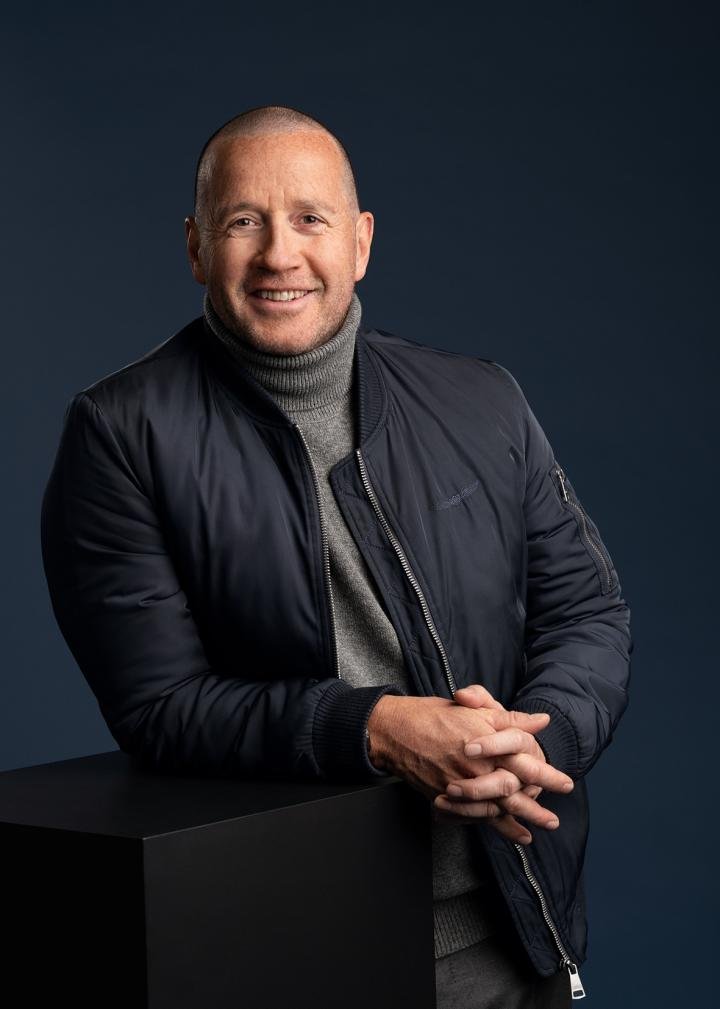 How is your relationship with your suppliers?

We’re monitoring the situation very closely. We’re closer than ever to our strategic suppliers, we’re ready to support them if need be. You know, in Japan there are state programmes to protect know-how in times of crisis. We have to follow their example. The Swiss watch industry as a whole has a duty to support its know-how, its craft and its industrial fabric. Watchmaking is a natural heritage.

Are we heading for a change of paradigm for the Swiss watch industry?

Yes, that’s for sure. But this change of paradigm will go far beyond the watch industry alone. It is going to affect many areas, the whole of society. But having said that, I truly believe – and human history is proof of this – that “beautiful” things, art, “luxury”, never completely disappear, whatever the circumstances. And that’s because luxury – whether it’s a luxury that costs 10 francs or a million francs – is dictated by emotion. Humanity has never ceased to love beauty. Whether it’s a bone engraved in prehistoric times or a watch with complications.

"I truly believe – and human history is proof of this – that “beautiful” things, art, “luxury”, never completely disappear, whatever the circumstances." 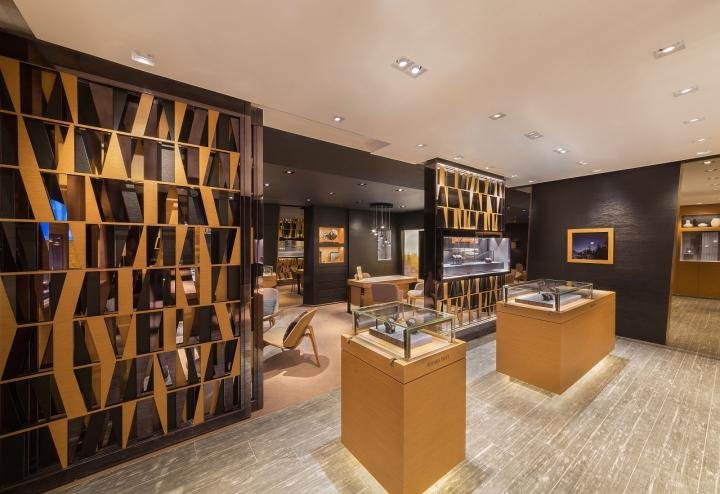 Nevertheless, the industry is going to have to reinvent itself.

To maintain this desire and keep people interested, we’re all going to have to reinvent ourselves. For all the brands, large and small, that’s going to be unavoidable. But to do that, we have to be able to accept the hard facts, and the hard facts are that turnover will be down for everybody.

We know very well that our turnover will be lower this year, and who knows, even next year? We have to accept that and concentrate on maintaining the perceived value of the brand in the long term instead.

That’s easier for you than for others…

Yes, our good fortune lies in our previous good health, but also in the fact that we’re not listed on the stock exchange. It’s easier for us to work on the medium and long term. This crisis will force us to offer something new, invent new ways of addressing our customers. At the moment, we have two or three ideas in the pipeline. It’s more difficult for the large groups to consider the long term than for an independent company like ours. But they will do it too. They’ll have to.

Who will emerge from this crisis as the winners, the large, the small, the medium-sized companies?

We can’t just make a neat package of things and foretell the future. Anything is possible. In times of crisis, you become ultra-inventive. That applies to all categories. But to get by, whatever your level, you absolutely have to think outside the box.

Do you absolutely have to release new products in a context like this? Is it necessary?

Why not? Is it too early, is it too late? Who knows! Time will tell. The situation is changing every day. It’s neither wrong nor right. And it’s one of the rules of trade. Isn’t it?

Well before the coronavirus, Audemars Piguet, like others, had announced its withdrawal from trade fairs – meaning the SIHH, now called Watches & Wonders – before it was cancelled. You were considering holding your own events and launches. How do things stand today?

For the moment, we’ve cancelled everything up to the end of August. After that, we’ll see, depending on the situation.

But we’ll definitely do the launches differently. One of the “interesting” aspects of the crisis is that it’s forcing us to think locally, and that’s good.

The key is to keep adapting all the time, to be agile, flexible, reactive.

The fact that we’re independent helps. Decisions are taken faster. We don’t have to report on the figures and share them before deciding. We can allow ourselves a little flexibility. We already know we will incur business losses for 2020. Now we’re working on 2021, 2022. 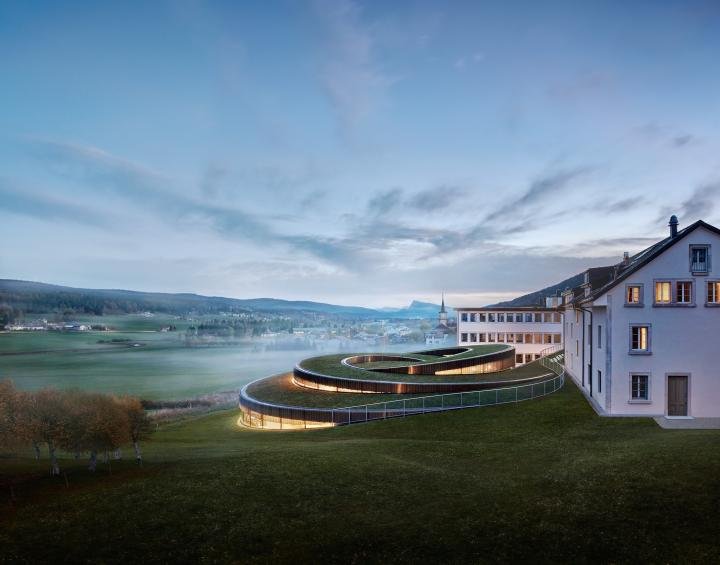 The new Audemars Piguet Museum in Le Brassus, whose inauguration has been postponed due to the coronavirus crisis. It is now open to the public.

You recently launched a watch that got people talking: the [Re]master01, with the slogan “Remastering the Past”. Today, this slogan has the ring of a manifesto. Does the future lie in this kind of reassessment of the past?

The [Re]master01 was originally designed to be launched for the inauguration of our museum, scheduled for 23 April. With a museum, you expect a visit to the past, not just to admire it but also to shed light on the future. Hence this watch. When everything stopped, we decided to launch it all the same. However, it’s not a manifesto. We have many extremely innovative products in the pipeline. Because while the past counts and roots are important, you also have to be able to surprise people.

Our identity is innovation and design. I’m not the one who says so, our clients do. We’re not going to lose this identity, far from it. On the contrary, we’re going to try to reinforce it.

A crisis is a tremendous accelerator of creativity. Audemars Piguet works with 2,000 people all over the world. At the moment, there are 700 VPN connections happening internally every day. During this period of lockdown, I’ve been receiving some fabulously inventive projects. We’re not going to slow down. Just the opposite. 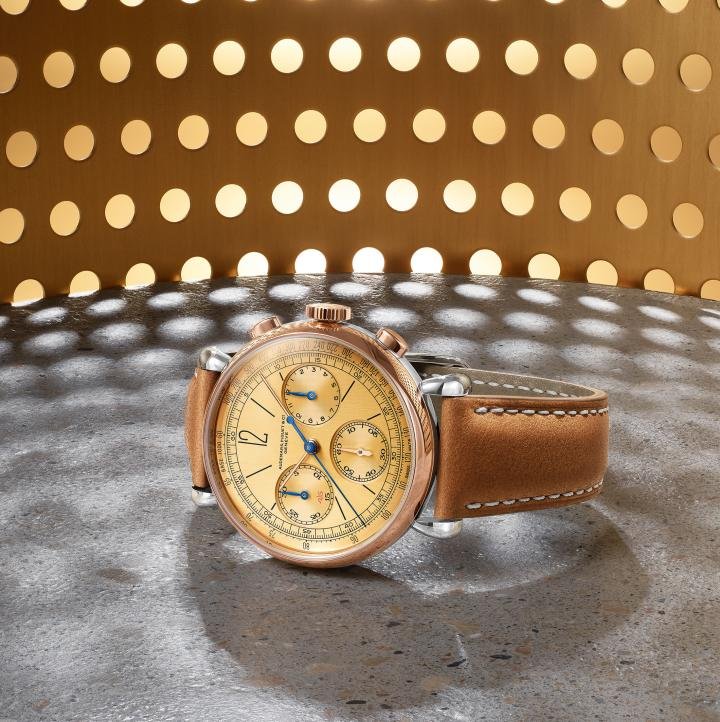 The [Re]master01 is not a reedition of a historic watch, but a “contemporary remastering” of a rare chronograph (model 1533) dating from 1943. Now a more contemporary 40mm in diameter, it retains the Art Déco-inspired numerals and the tachymetric scale, but the counters have been rearranged for greater legibility. Equipped with an automatic chronograph movement of the very latest generation by Audemars Piguet.

Another effect of the crisis has been a huge surge for every possible purpose in the use of the internet and the means of communications it offers. Is there also a change of paradigm there?

Five years ago, the media were predicting that the smartwatch meant the death of traditional watchmaking. That hasn’t been the case, at least for the high end of the market. And today, it’s simply no longer an issue. Similarly, the internet is not and never will be a miracle solution. Moreover, all the online selling platforms are losing money. The internet is simply an additional sales and marketing tool. Online sales will never represent more than 5%-10% for us. The physical experience will never be replaced, at least not for products like ours. On the other hand, the internet is ideal for starting a conversation. But that conversation continues offline and is concluded differently, physically. 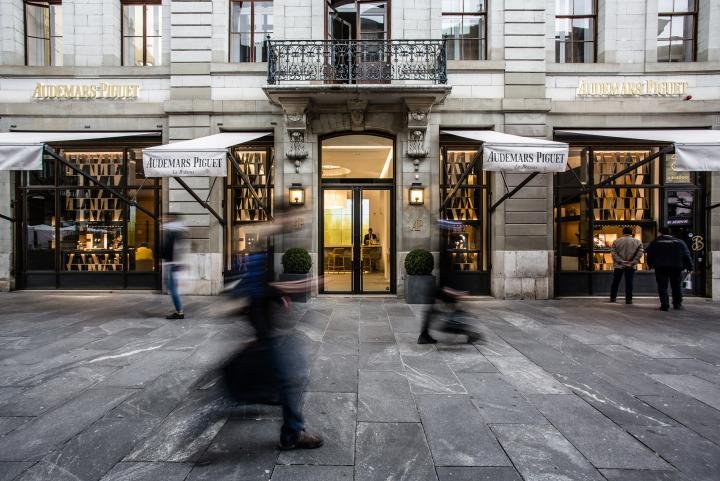 Even before the crisis, it was said that the retailers were snowed under with existing stock. Isn’t that glut going to be difficult to absorb?

As far as we’re concerned, we didn’t have enough stock before the crisis. Now we have closed down for two months and we’re going to start up again little by little. Our objective is not to catch up on our production loss. Just the opposite, we want to preserve this notion of rarity of our products.

As for those who had too much stock, the shutdown should help them.

The problem is more critical for distributors. The multibrand retailers who were already in difficulty might suffer even more afterwards. We have to be prepared for a surge of concentration among the multibrand outlets. From that perspective, the 70 Audemars Piguet proprietary boutiques, which account for 60% of our sales, as well as our multibrand retail network protects us. But whatever the case, many changes are coming our way.

* The interview was conducted in April 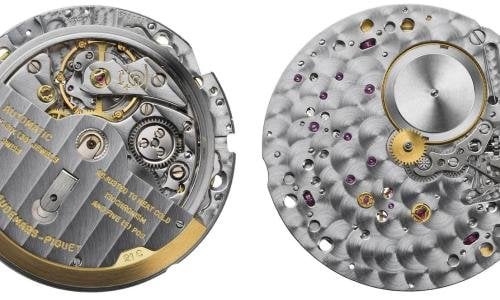 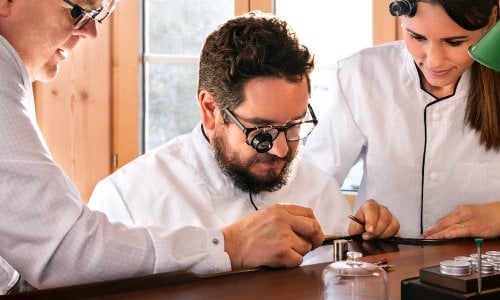 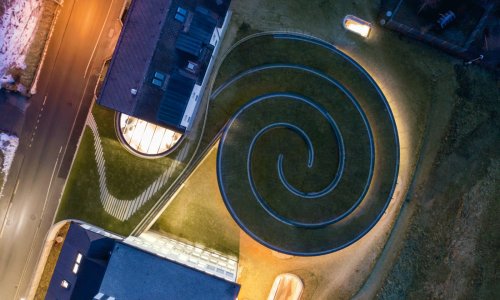 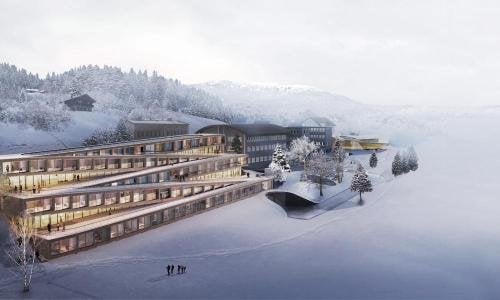 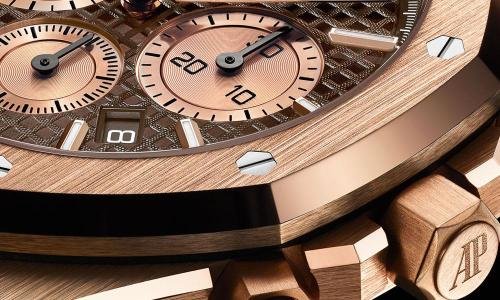 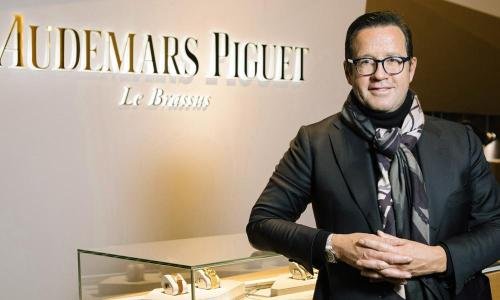 THE WATCH FILES Alain Spinedi, the boss of Louis Erard, is known as a tireless fighter in the now sparse ranks of manufacturers of affordable, high-quality mechanical (...)

THE WATCH FILES Who could have imagined, in early 2020, that we’d be where we are today? The pandemic crisis is accelerating change everywhere. Two “rocks” of the Swiss watch (...)