World time was introduced in 1884, but it was not until 1931 that a Swiss watchmaker, Louis Cottier, created a whole new movement capable of showing the times of the 24 time zones.

World time was introduced in 1884, but it was not until 1931 that a Swiss watchmaker, Louis Cottier, created a whole new movement capable of showing the times of the 24 time zones.
H

is innovation? A rotating bezel on which the names of the principal cities or places of the different time zones were inscribed. He offered his invention to the then renowned jeweller Baszanger in the form of a pocket watch. The big watchmaking brands immediately took an interest in this novelty, with Patek Philippe, Vacheron Constantin, Rolex as well as Agassiz ordering some.

This was a time when international communications by air and by telephone were developing fast, and the Swiss watchmakers were convinced that the distribution of the different time zones had at last become permanent. The time was ripe for launching production of these watches. 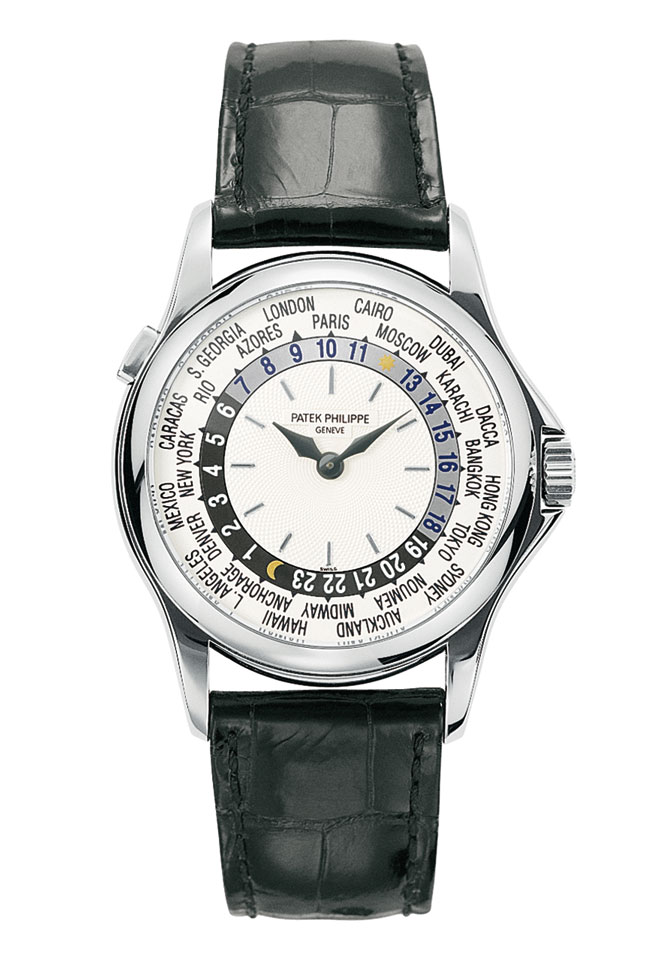 Reference 5110 HU G in white gold, dating from 2000.
The first Patek Philippe World Time with the push-button at 10 o’clock, allowing the city disc to be adjusted simply by pressing. This system does not interfere with the accuracy of the watch, unlike models with two crowns. This was the first world time watch with the Travel Time function (the hours hand is disengaged using the same system as the Travel Time models, but without a second hour hand). Dial with guilloché centre.

In the years following this first watch, Louis Cottier produced all kinds of variations on the world time theme, creating a rectangular movement (1937), then a small women’s watch (1938), to which he added a chronograph (1940) and a second crown, and simplified its use (1950). He was always dreaming up new solutions for the display, such as a watch with a single movement controlling two dials, or a watch that showed the time of a second time zone with the help of a third hand. When he died in Carouge, a small town just next to Geneva, in 1966, Louis Cottier had designed and built 455 different movements!

Among the watchmaking companies that took a very early interest in Louis Cottier’s creations, Patek Philippe occupies a special place. A close relationship grew up between the horological genius and the Geneva-based watchmaking company, which produced dozens of different world time references starting in 1937. Here are a few. 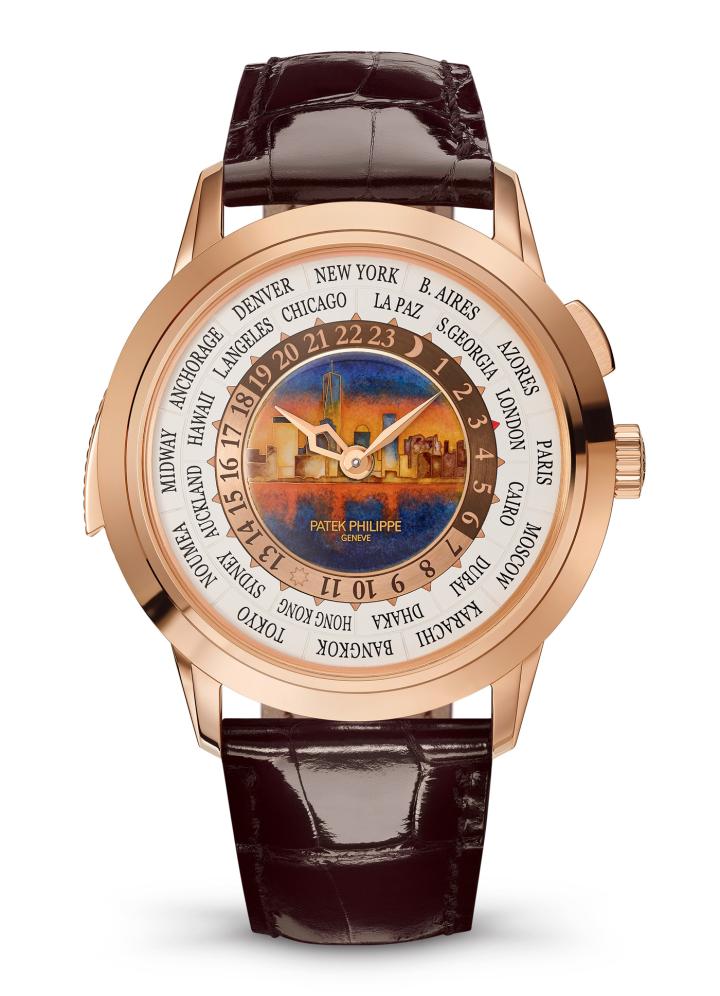 Reference 5531 from 2017 in pink gold.
This is the first Patek Philippe watch to combine a minute repeater and world time. Its unique feature is that it sounds the hour in the local time zone thanks to a patented mechanism.

A new interpretation of Cottier’s world time movement In the year 2000, Patek Philippe released reference 5110, endowed with the new ultra-thin Calibre 240 in a new interpretation of Cottier’s world time movement. The main idea was to facilitate use of the watch and improve legibility. This new take on the world time watch allows local time and that of the 23 other time zones to be permanently displayed. Divided into three, the central dial shows the local time with hour and minute hands; the first, inner disc shows the 24 hours, and the second, outer disc bears the names of the cities. As local time advances, the inner 24-hour disc turns, allowing the wearer to follow the ‘progress’ of midday through the time zones. That means that whatever the local time, you can immediately see the time of day or night under the names of the 24 cities. Travellers change their reference time zone by simply pressing a push-button, without affecting the accuracy of the watch in any way: the hour hand advances one hour per push, while at the same time the 24-hour and city discs move one increment anti-clockwise, without affecting the accuracy of the minute hand. For the user, nothing simpler, but behind it is a complex, patented clutch system consisting of a 12-tooth starwheel for the hours with a jumper and counter-spring, both an integral part of the hour wheel. Since developing this world time watch, Patek Philippe has regularly released new references, notably ladies’ models, and – witness the very recent example of reference 5531 – has enhanced the mechanism with a minute repeater, which has the particularity of sounding the hour in the local time zone. 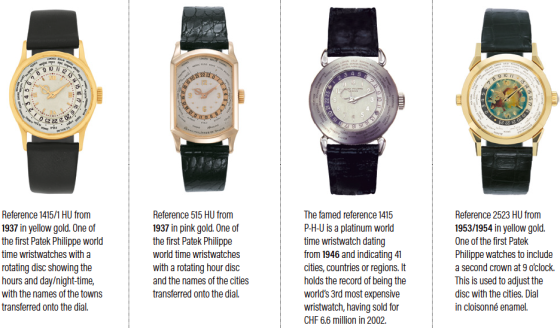 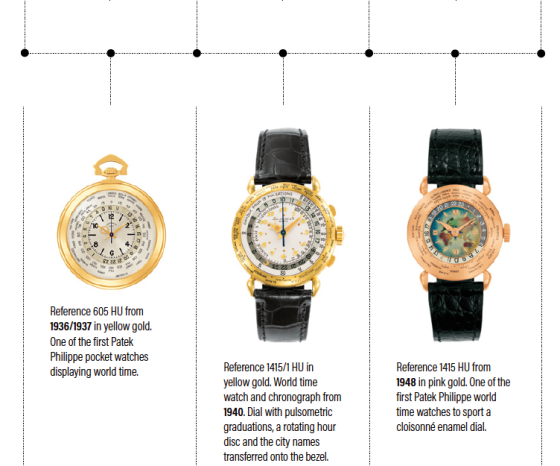 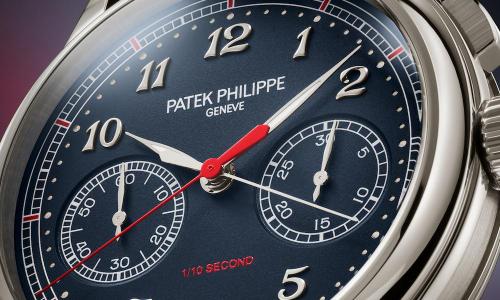 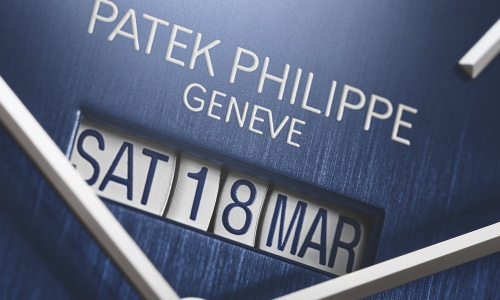 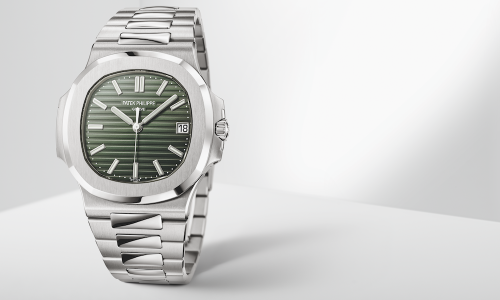 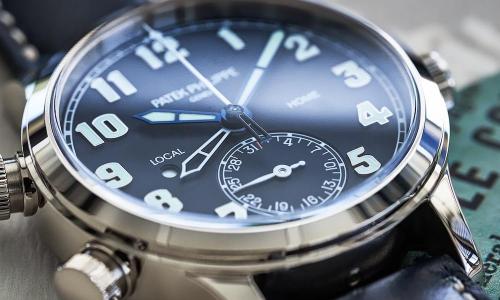 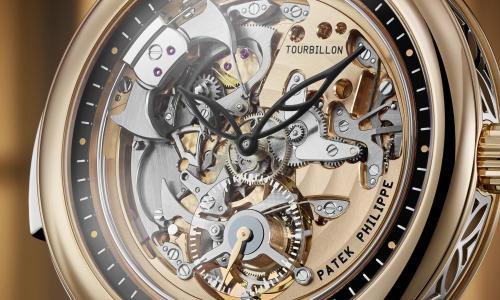 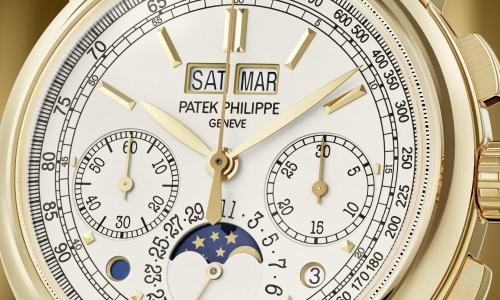 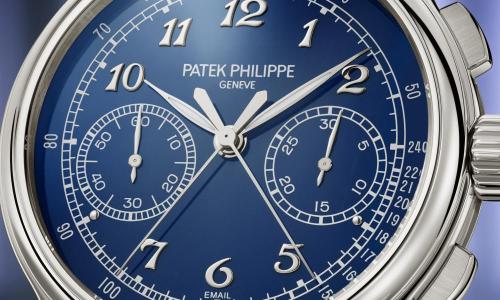 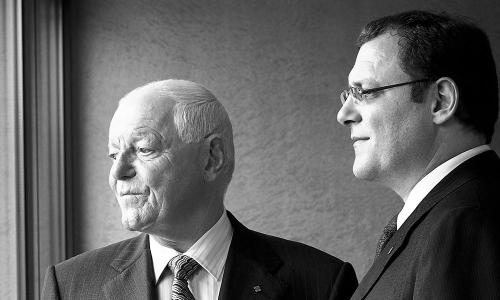 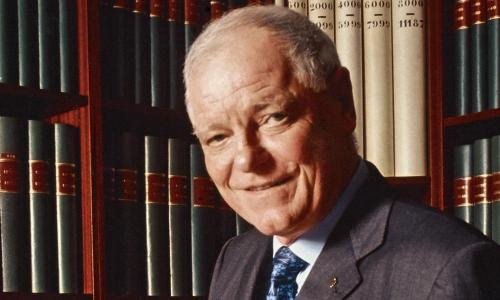 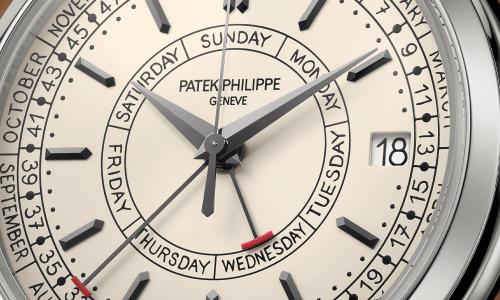 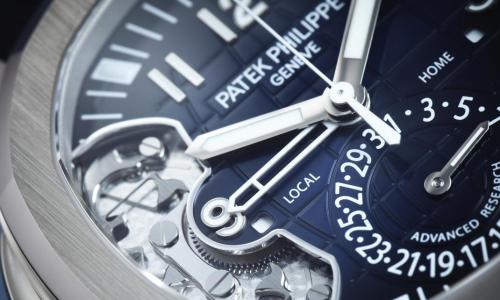 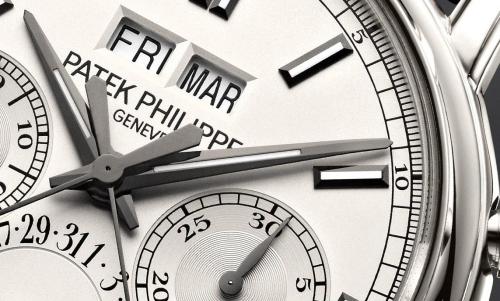 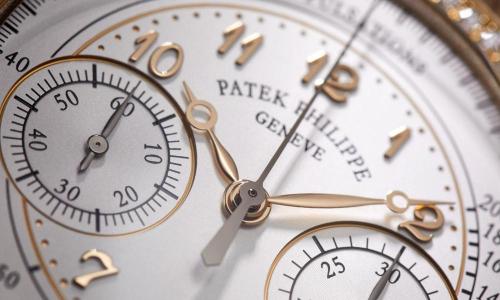 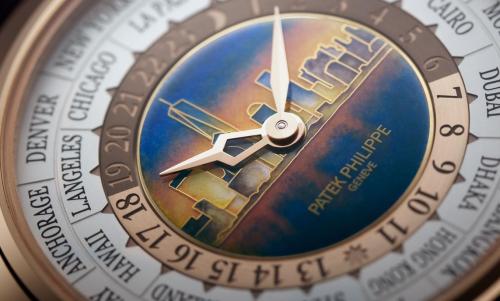 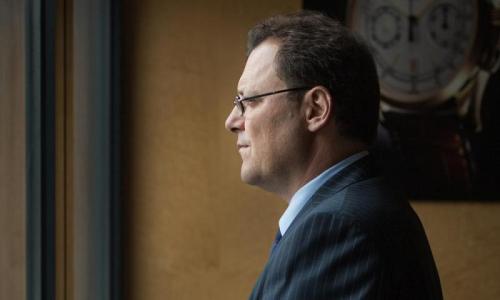 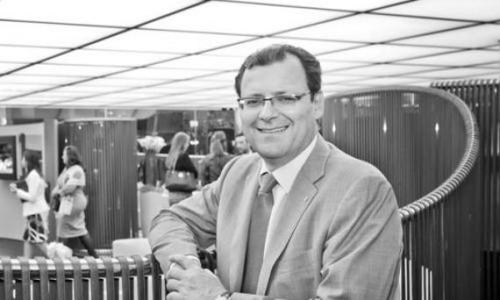