Danny Govberg is the heir to an illustrious family of Philadelphia watch retailers. In just a few years, the American has shaken up his business model to focus on two main areas: e-commerce and pre-owned watches. This year, the entrepreneur is targeting sales of over $200 million with his WatchBox platform. He is also expanding internationally, starting with Switzerland.

Danny Govberg is the heir to an illustrious family of Philadelphia watch retailers. In just a few years, the American has shaken up his business model to focus on two main areas: e-commerce and pre-owned watches. This year, the entrepreneur is targeting sales of over $200 million with his WatchBox platform. He is also expanding internationally, starting with Switzerland.
W

e arrive at a superb nobleman’s house on the shore of Lake Neuchâtel to be welcomed by Susanne Hurni and Patrik Hoffmann. This renowned duo from the Swiss watchmaking world are naturally associated with Ulysse Nardin, having spent several decades there. However, we will need to get used to seeing them in a new light currently better known across the Atlantic: that of the online second-hand watch sales platform WatchBox.

In the United States, Danny Govberg, who came up with the idea for and co-founded WatchBox with Tay Liam Wee and Justin Reis, is also an important watchmaking figure. He is the heir to a family of retailers based in Philadelphia since 1916, and was recently visited by Europa Star in his hometown (read his interview from last year’s special edition on the future of retail here). Govberg has a plumper address book than most in the industry - he represents the best of watchmaking in the United States, including Patek Philippe, Rolex, Audemars Piguet and Omega, as well as ultra-exclusive brands like Greubel Forsey, for which he is a key reseller.

Until now, pre-owned watches almost exclusively found their way onto the grey market. But here they are in all their glory, just a stone’s throw from the manufacturers! The symbolism is undeniable. 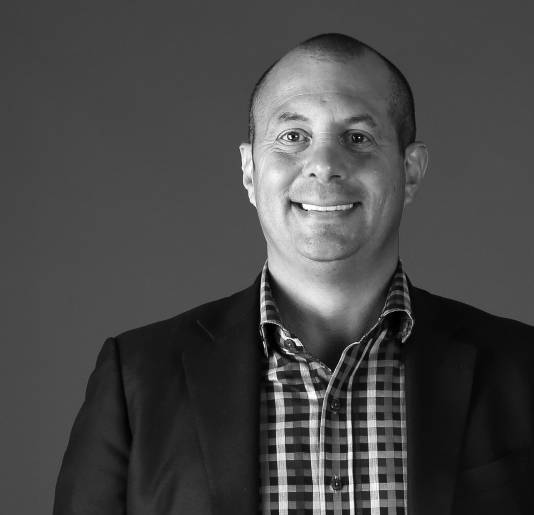 You would have thought that someone of his calibre and dynamism would have gradually expanded to other States in the USA. Yet Danny Govberg has chosen to remain “confined” to the Philadelphia area, where he now runs two stores. The businessman had a (correct) hunch that the wind of change was blowing towards digital: an ambition that was global rather than national in scope.

He also suspected that online watch sales are inseparable from second-hand or pre-owned models. After all, watches last much better than cars. Brands have also tended to over-stock in recent years, creating sometimes staggering levels of unsold stock. We need think only of Richemont, which spent over $200 million buying back excess stock last year.

The businessman had a (correct) hunch that the wind of change was blowing more towards digital: an ambition that was global rather than national in scope.

Here too, Danny Govberg has proved his sound judgment: with vintage booming, the pre-owned market is seeing itself legitimised. One example is the recent takeover of the specialised online platform Watchfinder by Richemont (read our article here). The stars seem to be aligning for this entrepreneur who took an early gamble on the digital and pre-owned sectors.

Having opened offices in Philadelphia and Hong Kong, new premises are launching in Switzerland at the heart of the watchmaking world. Until now, pre-owned watches almost exclusively found their way onto the grey market. But here they are in all their glory, just a stone’s throw from the manufacturers. The symbolism is undeniable.

How does WatchBox work? Quite differently from most online platforms that simply link up sellers (most of the time dealers whose job this is) and private buyers. The company launched by Danny Govberg buys the watches itself from private individuals “often within 24 hours” before selling them to its contacts, via traders specialising in watchmaking (around twenty are in Philadelphia, six are in Hong Kong and two are based in the new Neuchâtel office). 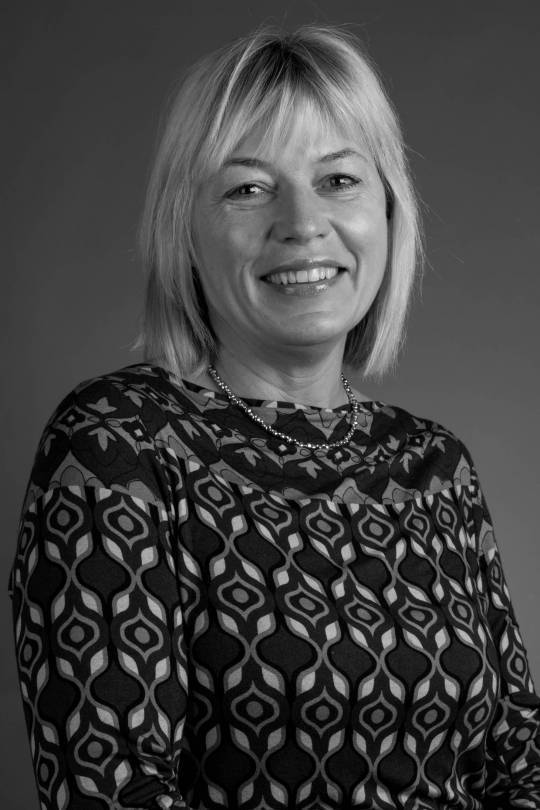 “We only sell what we have in stock,” says Susanne Hurni, Marketing Manager at WatchBox’s new Swiss subsidiary. ”We are neither a market place nor a consignment site, but currently own watches worth about $60 million.”

"It actually all began with a segment of the WatchBox app which enabled customers to register their collection online to find out about and monitor the popularity of their watches. It was a bit like the first thing a trader does... With new tracking tools and Big Data, we can easily identify and cross-check which watches from which collector interest which other registered collectors.”

WatchBox traders can then leap into action with customers registered on the app to match supply and demand at a “fair price calculated like a share value”... Interestingly enough, this means the site adds a visible, “human” step to the impersonal digital “invisible hand” that guides other intermediary platforms (many of which have a similar system for recording collections online). The issue of finding the best possible balance between man and machine certainly remains a broad topic.

However, the key difference with Watchbox is the fact that the company buys the watches itself, “taking a risk” which in return gives it greater control over current operations and reassures potential investors. “When you put your watch up for auction, you put it on consignment but you’re not sure if it will find a buyer,” says Susanne Hurni, “That said, if you call us, you often receive your payment within 24 to 48 hours.”

Items still need to be assessed, of course. “We’ve hired a watchmaker to do these assessments. If we find that the watch is not in the condition promised, it may lose value. In addition, we don’t specialise in watches dating from before 1985.”

What about the warranty on timepieces acquired and resold? “We provide a new 15-month guarantee,” explains Patrik Hoffmann, “Interestingly, we trace the history of the watch as soon as it comes to us. This means it will be even easier to maintain and repair, if necessary." WatchBox’s after-sales service for Europe is located in Neuchâtel.

In the short term, WatchBox’s goal is to put the successful trial carried out in the United States into practice in Europe and Asia via the new local offices. In the medium term, the platform aims to involve retailers in what it does. Retailers are a tremendous potential resource in the pre-owned watch sector and are currently under pressure to change their business model. In the long term, the objective is to forge partnerships directly with the brands, which are certainly not lacking in stock... Hence the strategic importance for WatchBox of establishing itself in Switzerland. 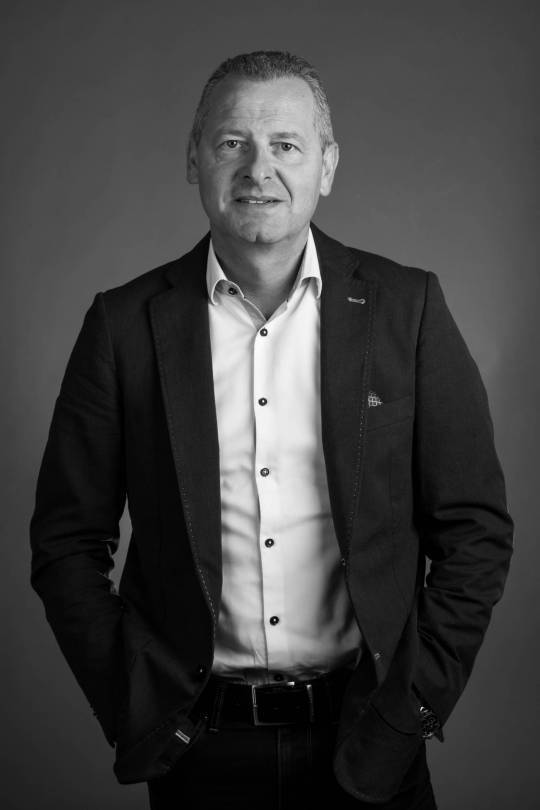 “We are already in very advanced negotiations with retailers in Switzerland,” says Susanne Hurni, “We offer them an attractive price and it is our name that is displayed since we buy the watches ourselves; on other platforms, resellers can find themselves in an awkward position with the brands they represent.”

Of course, WatchBox hopes to bring the brands on board with what it does. The initial signs are there: “We offer a form of market cleansing that also keeps the brand image strong, rather than asking for knock-down prices or destroying watches. Letting retailers resell last year’s watches 40% cheaper or destroying stock only weakens the brand image and annoys collectors.”

Bringing consumers on board

For Susanne Hurni, the grey market remains symptomatic of a mismatch between watch supply and demand. With its “valuation” system, WatchBox intends to offer the “right market price”. It is therefore the use of Big Data and collecting information that most closely matches the real expectations of real buyers that really changes things...

CEOs are certainly beginning to realise the full potential of the second-hand market (see our recent column on this subject). “How can we have turned a blind eye to this phenomenon for so long? The brands have been a little arrogant in wanting to impose new watches. Young people have changed their consumption patterns and no longer necessarily want to own items for the long term. With platforms like ours, they can buy and sell watches easily,” says Susanne Hurni.

The other major hurdle is persuading consumers to buy online.

A sociological as well as a commercial turning point? The platform does not intend to remain a mere trader or financial intermediary: it wants to become a trendsetter...via its own content. In Philadelphia, WatchBox has already created a video studio where it produces watch presentations and reviews, among other things (see its YouTube channel here). It is preparing to do the same in Switzerland. “We will increase interest around certain models, whether through our content or through partnerships with influencers,” says Patrik Hoffmann.

A market to build

The company is ambitious: more than 200 million dollars in pre-owned watch sales this year i.e. annual growth of 40% and an aim of 500 million dollars in turnover for WatchBox “in the years to come”. Today, 160 people work for the company worldwide. “In Neuchâtel, we will have between 12 and 15 employees by the end of next year.”

The new director of WatchBox’s Swiss subsidiary is aware that this is a market still to be built “with a good dose of education for brands, retailers and collectors”. The other major hurdle is persuading consumers to buy online. “Americans already trust American Express more than anyone standing behind a counter,” Patrik Hoffmann points out. “Such trust will certainly take longer to achieve in Asia and Europe than in the United States. But in China, consumers are already getting used to receiving packages at home bought through WeChat.”

As far as distribution is concerned, it is possible to have a watch purchased on WatchBox delivered to your home or go to a local subsidiary to collect it in person. In the future, successful retailer partnerships could enhance the concept of proximity, via a kind of watchmaking “glocalisation".

Through its platform, WatchBox is therefore positioning itself as a pioneer at the forefront of a major change in the long history of watchmaking. After the technological breakthrough of the quartz watch in the 1970s, the mechanical watch boom of the 1990s and watchmaking globalisation in the 2000s, now comes the digital revolution, sweeping along everything in its path, from the productions of yesteryear to those of tomorrow. 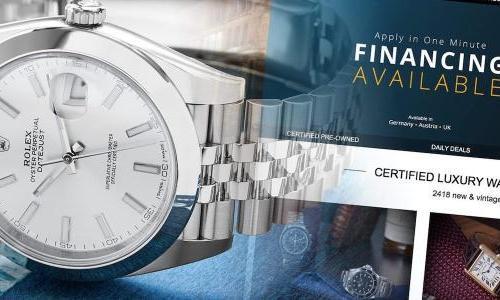 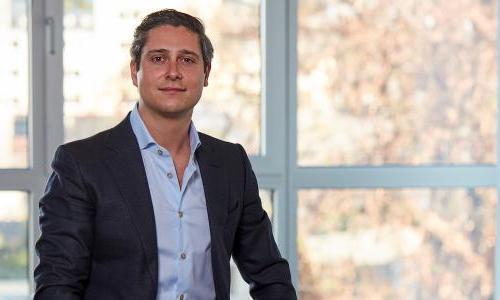 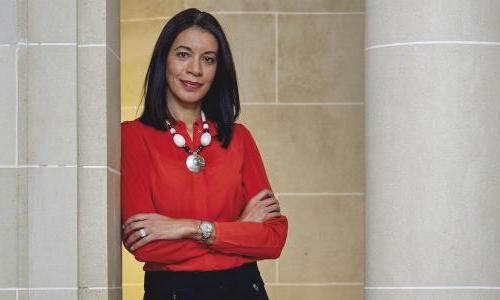 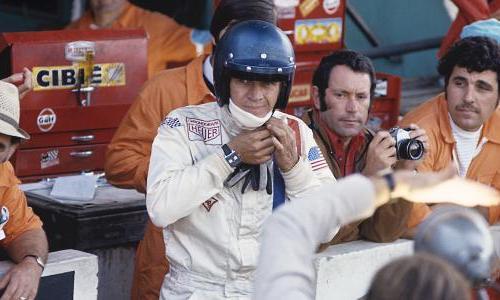