With the launch of a new women’s collection, Égérie, the introduction to the La Musique du Temps series of two “super-complications” and four one-off pieces (Singing Birds), a tourbillon and tourbillon chronograph in the Traditionnelle collection, an ultra-thin perpetual calendar and another skeleton model in the Overseas collection, not to mention new models in the Fiftysix line, Vacheron Constantin is providing a fine demonstration of excellence this year.

With the launch of a new women’s collection, Égérie, the introduction to the La Musique du Temps series of two “super-complications” and four one-off pieces (Singing Birds), a tourbillon and tourbillon chronograph in the Traditionnelle collection, an ultra-thin perpetual calendar and another skeleton model in the Overseas collection, not to mention new models in the Fiftysix line, Vacheron Constantin is providing a fine demonstration of excellence this year.
W

e waited for lockdown to ease to find out more by meeting Christian Selmoni, with whom we discussed the details of these new and impressive timepieces in the 2020 collections of Vacheron Constantin. 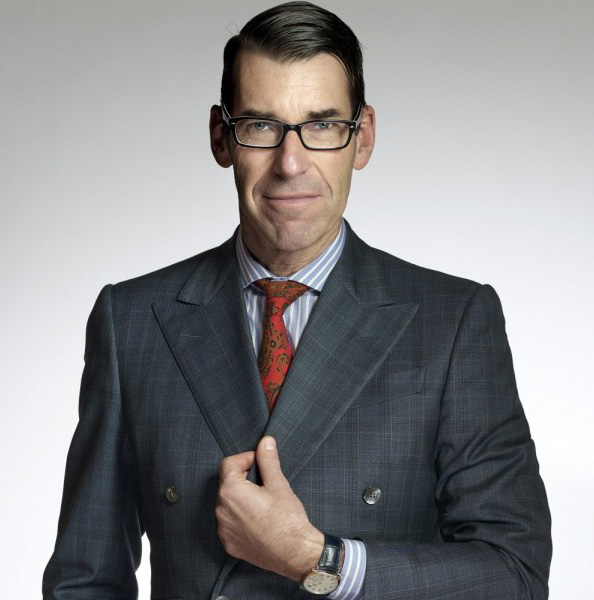 Europa Star: Vacheron Constantin launched its first “salvo” on 17 February when it announced the release of Égérie, a new and ambitious collection for women. Unfortunately, the launch was somewhat overshadowed by the pandemic which became global scarcely one week later...

Christian Selmoni: Yes, we, like everyone else, were forced to cancel all the presentations scheduled for the launch of this important collection, the models of which, let me point out, had already all been physically distributed throughout our international network. So we’ve had some feedback already, and it’s been very positive and encouraging for the next stage. We’ll come back to it in the course of the year, as soon as the health situation allows it, especially in New York where we’ll be opening an imposing brand flagship store in 2021. 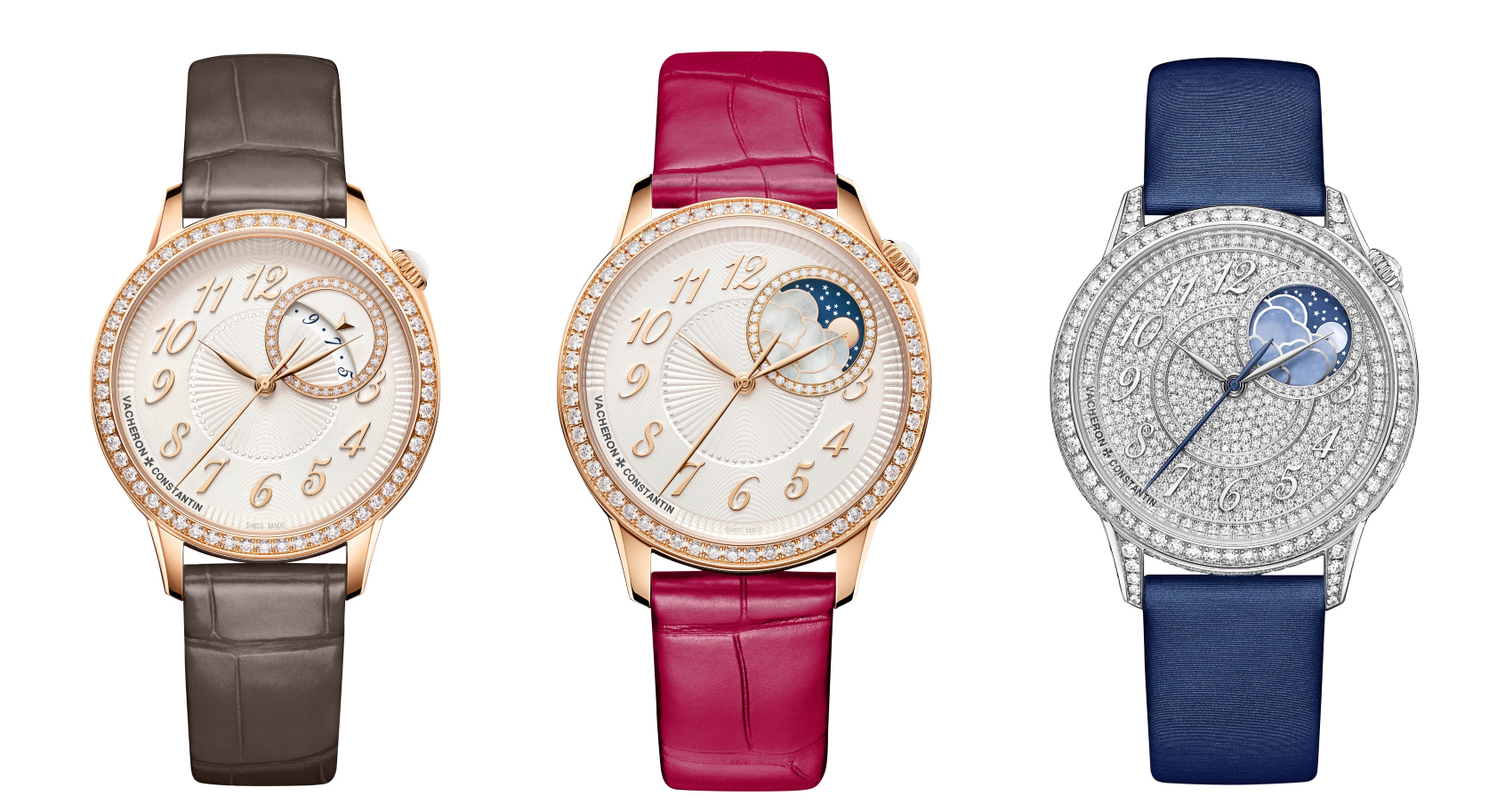 Égérie is an important launch for us, because it’s a reminder that from its very beginnings Vacheron Constantin has devoted a considerable portion of its horological creativity to women’s watches and jewellery. A very rich tradition which, since the eighteenth century, has repeatedly taken inspiration from the aesthetics peculiar to each period. With Égérie, Vacheron Constantin is inaugurating a collection very much influenced by haute couture, as evoked by the pleated designs on the dials, a range of mechanical and self-winding models that aims to be both conventional and restrained while at the same time displaying a hint of eccentricity in the literal and figurative sense, with its “eccentric” crown at 2 o’clock surmounting an off-centre, arc-shaped moon phase or date.

“With Égérie, Vacheron Constantin is inaugurating a collection very much influenced by haute couture, as evoked by the pleated designs on the dials.”

On the subject of complications, you’re giving a genuine demonstration of watchmaking prowess, with two one-off models you describe as “super-complications”...

Yes, they’re items that demonstrate our watchmaking know-how, as practised at Les Cabinotiers. This workshop produces one-off Haute Horlogerie timepieces to order for our customers. This year, Les Cabinotiers are presenting two models created specifically with the aim of highlighting the essence of our watchmaking expertise. These two models, plus one series of four Métiers d’Art models, fall under the more general theme of La Musique du Temps. The most impressive is Tempo...

Yes, with its 24 complications and 1,163 components, it is indeed the most complicated wristwatch Vacheron Constantin has ever created. The base movement is a minute repeater to which we added complications that are read on the two faces of the watch. The twosided case, 21mm thick and with a diameter of 50mm, is totally symmetrical and mounted on a strap that’s easy to reverse. So it can be worn either way up. On the front, it displays all the functions of a split-seconds chronograph, the calendar indications of the perpetual calendar and eccentric hours and minutes. The back is reserved for the astronomical functions, including solar hour, equation of time, sunrise and sunset, duration of the day and night, age and phases of the moon, all regulated by a tourbillon that reigns majestically at 12 o’clock. It’s a true demonstration of prowess and a challenge our watchmakers rose to brilliantly.

“With its 24 complications and 1,163 components, Les Cabinotiers Tempo is the most complicated wristwatch Vacheron Constantin has ever created.”

The other “super-complication” is Ode to Music...

We took our inspiration from the Celestia, with its 23 complications, tourbillon and three-week power reserve, released in 2017. But in place of the tourbillon we chose to insert a minute repeater. In all, the watch comprises 19 complications, including a running equation of time, a perpetual calendar, sunrise and sunset, the duration of night and day throughout the year, all precisely adjustable to the place where the owner lives. There’s also an aperture at 4 o’clock with a disc bearing the signs of the zodiac, the seasons, solstices and equinoxes. On the back, you find all the astronomical indications set against the background of a sky chart, with the constellations, sidereal time, etc. 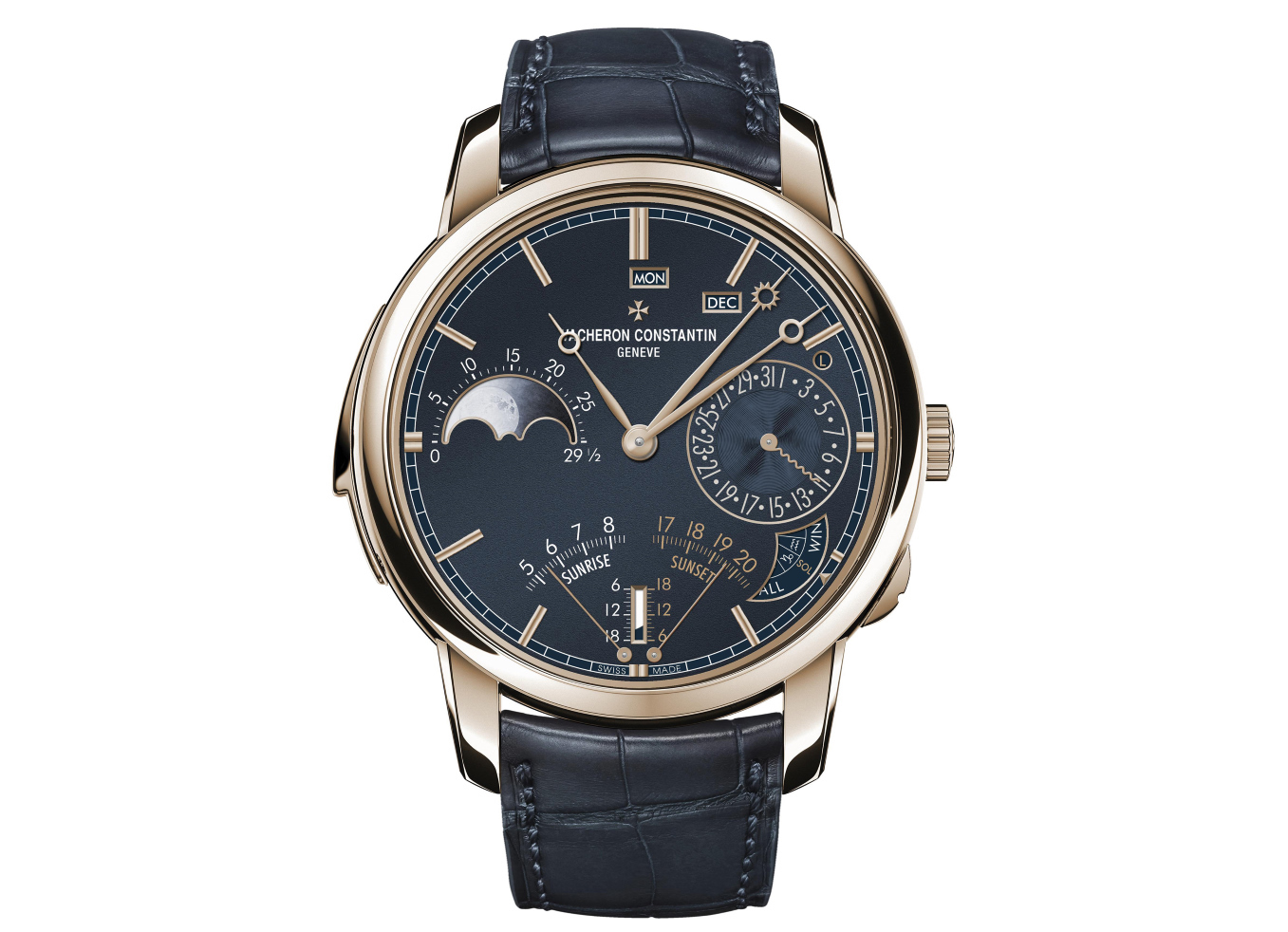 In the very aptly named Traditionnelle collection, you present two tourbillon models, one extremely feminine and one with a monopusher chronograph, both timeless in appearance.

We’re always taking inspiration from our own history both from a technical point of view and in terms of aesthetic sophistication, but each time we try to go further within the bounds of this classic framework. So the Traditionnelle Tourbillon is the first Grande Complication for women in the modern era of Vacheron Constantin. I say modern, because in the nineteenth century, we produced a large number of complications for women, and we’re reviving that tradition here. It has a mother-of-pearl dial and is driven by the automatic calibre 2160 with a peripheral rotor. We also have a spectacular version set with pavé diamonds.

“The Traditionnelle Tourbillon is the first Grande Complication for women in the modern era of Vacheron Constantin.”

As for the Traditionnelle Tourbillon Chronograph, it combines an extremely traditional design – a fully integrated, large-cage tourbillon, outstandingly hand-finished – with the legibility you’d expect from a monopusher inspired by the earliest twentieth-century chronographs. The work on the dial reflects this duality, being at the same time very classic, with various different finishes, but with the graphic precision found on the dials of chronographs from the 1940s. To my eyes it’s truly an exceptional object. 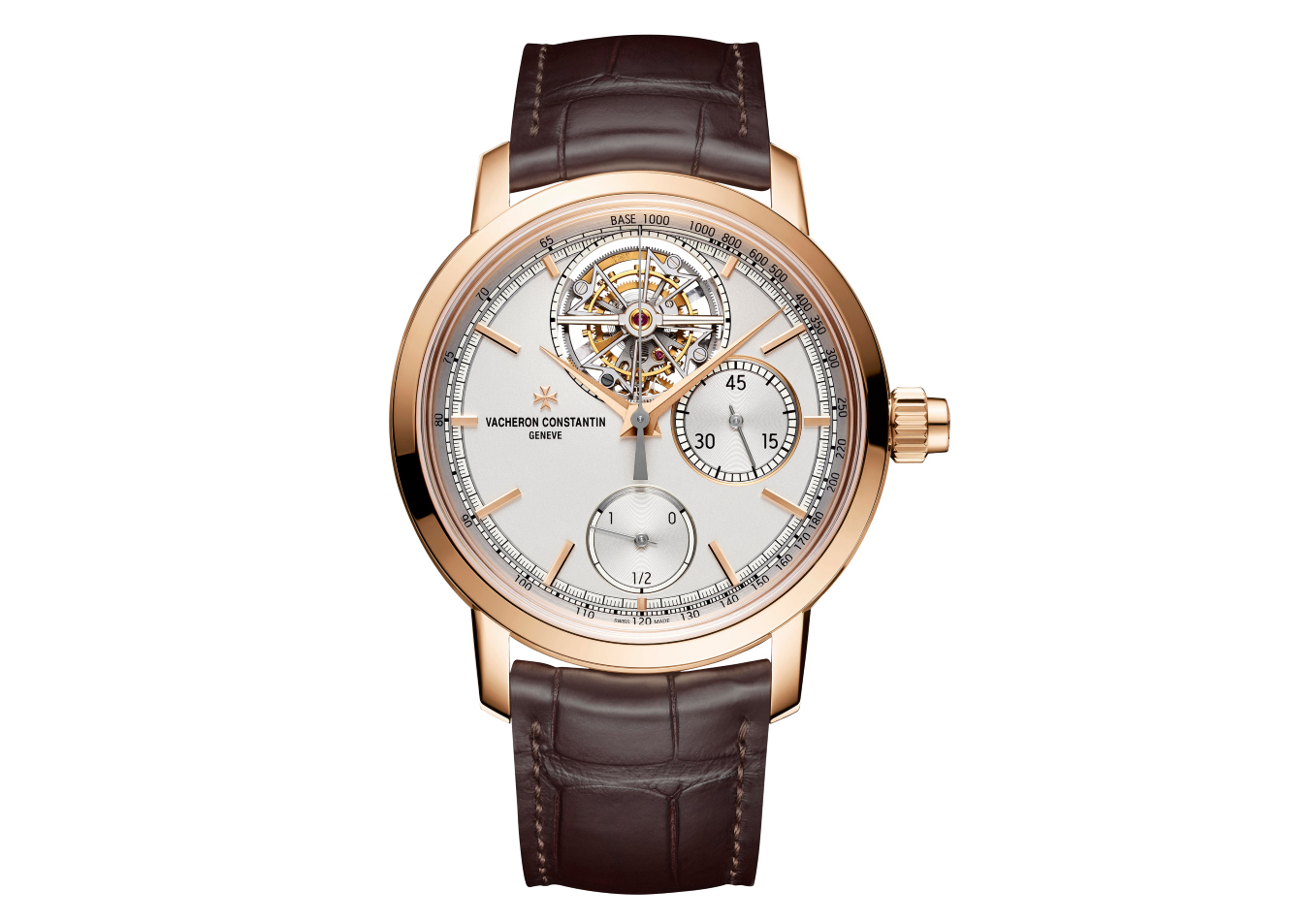 With the Overseas, we’re responding to changes in the customer base for luxury watches; they’re looking for new mechanical expressions inside a robust exterior. Personally, I have great esteem for skeletonising. You could say that it’s the only art form practised on the work table by the watchmakers themselves. You shouldn’t confuse skeletonising, which is a noble work of decoration, with “open-worked", as watches that partially display their interior are called.

“You shouldn’t confuse skeletonising, which is a noble work of decoration, with “open-worked", as watches that partially display their interior are called.”

Lastly, although we haven’t covered the whole picture, the Fiftysix addresses a completely different customer base.

Launched in 2018, Fiftysix embodies a more casual way of wearing a watch, rather than classic watch styling. It’s also a response to a certain enthusiasm for the retro-contemporary style that has asserted itself in recent years and is continuing unabated. It’s inspired by – and takes its name from – a watch from 1956, especially its highly retro box-type crystal. A vintage style further reinforced in the new versions with a new, sepia-brown colour that goes perfectly with the pink gold of the case. Two new versions are available: a full calendar with precision moon phase, and a self-winding three-handed and date version. 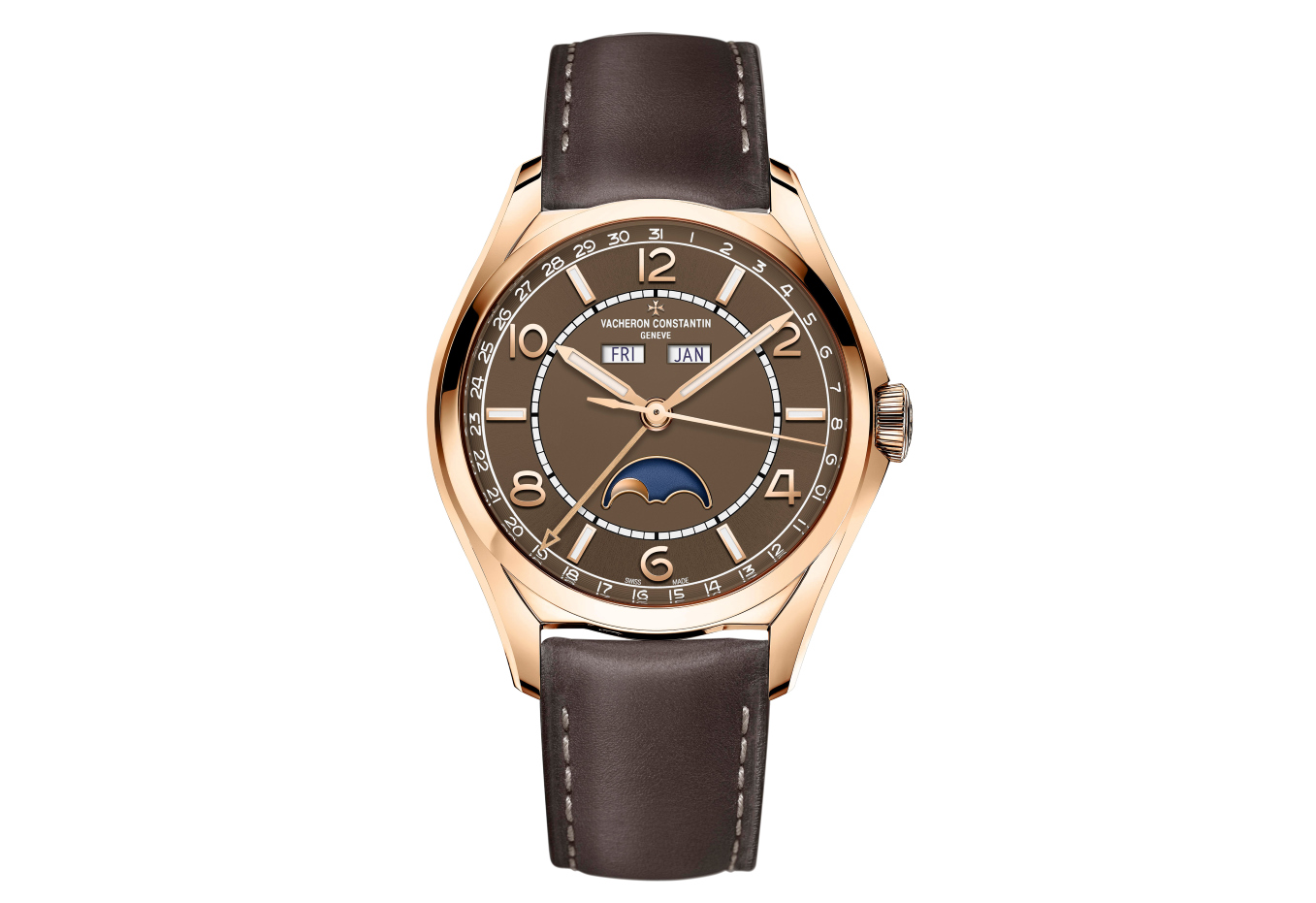 “Launched in 2018, Fiftysix embodies a more casual way of wearing a watch, rather than classic watch styling.”

How do you think watchmaking is going to evolve post-coronavirus?

I won’t and can’t speak for everybody. As far as we’re concerned, we’ve clearly opted to focus solely on qualitative development, through complications and exclusivities. We’ve no intention of going for volume at any price. Just the opposite. I’m personally convinced that the notions of authenticity and durability are going to become increasingly important. We have to get back to authentic watchmaking in which the ultimate goal, both technically and aesthetically, is to endure.

“I’m personally convinced that the notions of authenticity and durability are going to become increasingly important.” 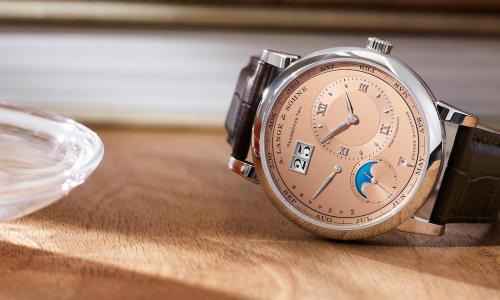 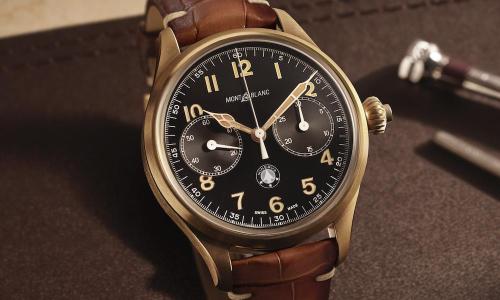 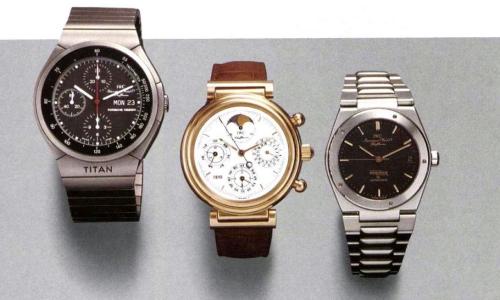 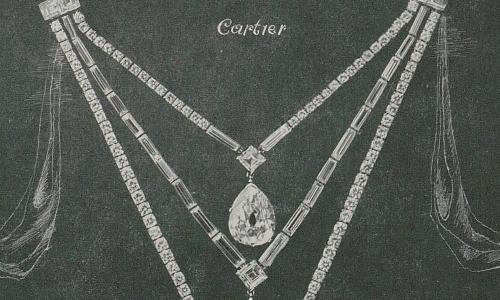 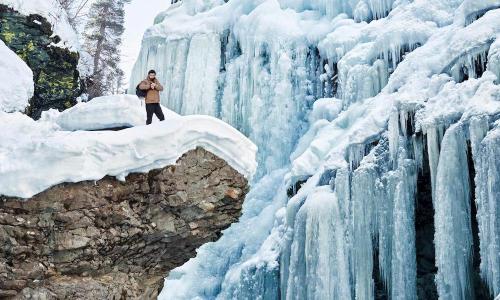 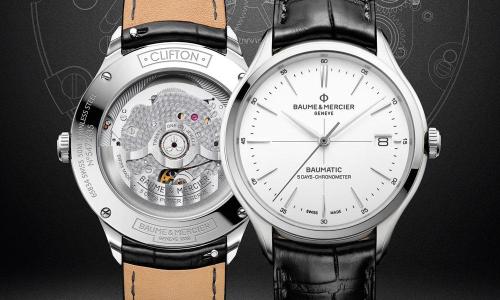 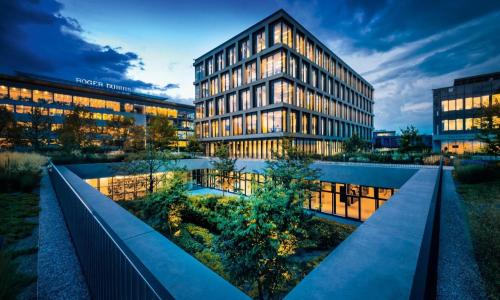 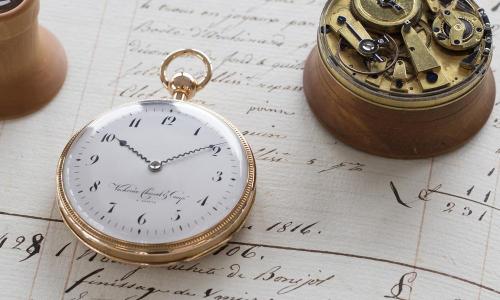 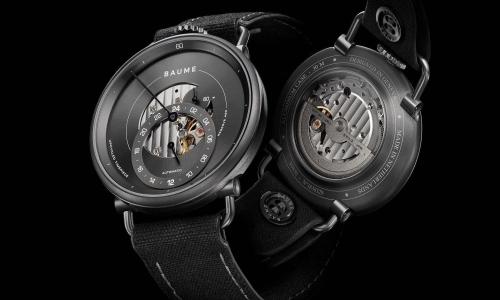 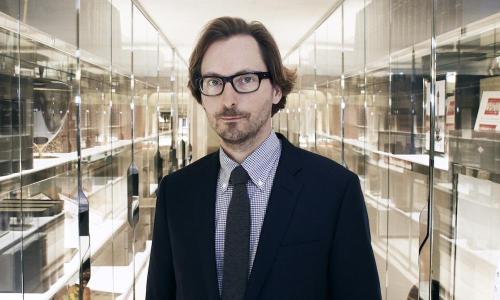 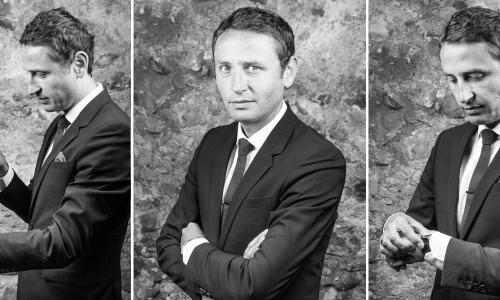 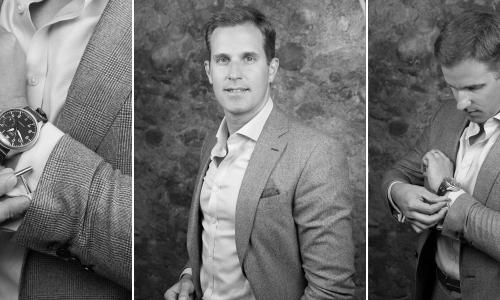 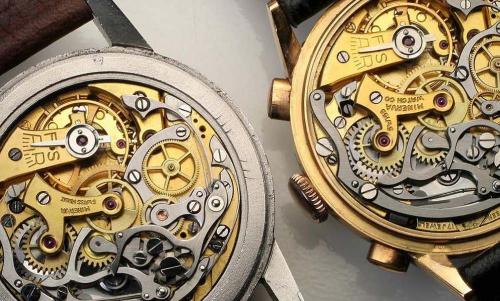 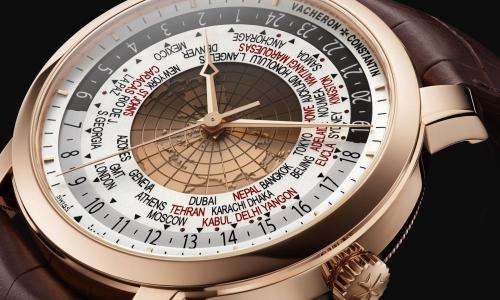 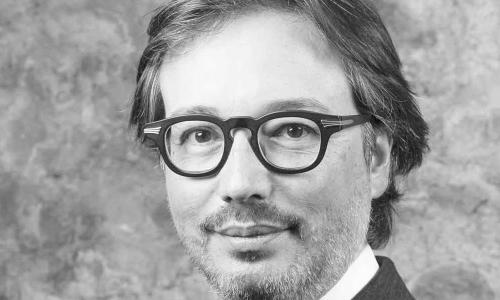 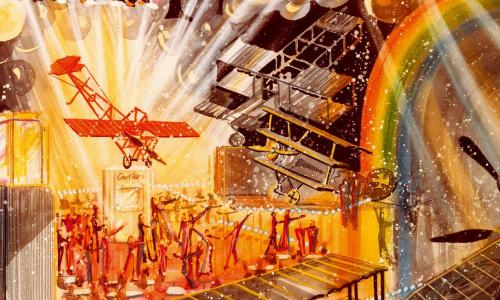