Beyond mass production, an ecosystem of independent watchmakers has emerged in the Shenzhen area. Several of these craftsmen have joined the renowned Académie Horlogère des Créateurs Indépendants. But these very creative artisans have to deal with limited resources. We met them.

Beyond mass production, an ecosystem of independent watchmakers has emerged in the Shenzhen area. Several of these craftsmen have joined the renowned Académie Horlogère des Créateurs Indépendants. But these very creative artisans have to deal with limited resources. We met them.
I

nstantly, when we think of China and watchmaking, we think of large-scale mass production, “the world’s factory”, cheap products... And of course, this is a good part of the reality on the ground. But given China’s ever-increasing importance, both in watch production and in watch purchasing, a much more complex and nuanced ecosystem is being established in the country.

In Shenzhen, the nerve centre of China’s watchmaking industry, we have seen the emergence of several highlevel craftsmen, many of whom used to work in the region’s many production workshops before starting their own businesses. They often have decades of experience. As proof of this effervescence, the Académie Horlogère des Créateurs Indépendants (AHCI), a watchmaking talent incubator since 1985, has a growing number of members based in China. Their names are Lin Yong Hua, Ma Xushu, Ming Guo and Tan Zehua. We met them.

Lin Yong Hua, a native of Shenzhen, began working in the watch industry at the age of 18 in 1991. “I worked particularly in watch polishing in the workshops of the region,” he explains. “Fifteen years later, in 2006, I opened my own watch repair shop. In my spare time, I created watch designs. Gradually I began to produce my own models, which became known for their very particular style.”

A piece that perfectly illustrates Lin Yong Hua’s work and philosophy is a jumping time watch inspired by a record player. The watchmaker made 70% of the components of this watch, named LYH n°1, himself. He imported the rest from Switzerland. “Music influences me a lot,” he explains. But not just music. LYH n°2 is in the shape of a dragonfly, and also represents the lucky number 8. The watchmaker created three pieces, at a price of 20,000 dollars each.

The latest model for 2019, the Wirepuller LYH model n°3, remains with the theme of nature. It represents a spider. “On this model, I tried to play on the effects of transparency. I designed an edition with a case in 18k white gold, at 63,000 dollars, and a titanium edition at 80,000 dollars.” Lin Yong-Hua has the capacity to produce only six watches per year. But what watches!

Tan Zehua comes from a family in which watchmaking is a tradition. In 1966, at the age of 16, he began to learn it from his father, before working for a national watch company for 14 years. In fact, before 1980, it was not even possible to start up a private company in China. In 1980, Tan Zehua opened a watch repair and restoration workshop, before moving on to creating his own models, a little over ten years ago.

Since then, the watchmaker has made a name for himself by designing four movements. His new “di-axial” escapement increases the power reserve, and he has filed a patent for it. “This invention attempts to improve two aspects of the watch’s escapement: using less oil for lubrication, and improving the stability of the escapement fork by using upper and lower wheels of the same size and shape,” says Tan Zehua. Some key elements of traditional Chinese culture can be found on his Melody watch. The bridges on the movement symbolise the five tones of early Chinese music. In addition, an old time measurement algorithm unique to China is also represented on this watch. Tan Zehua’s intention is to convey the country’s traditional culture to his customers. His models cost between 50,000 and 60,000 dollars.

A student of the Swiss master watchmaker Frank Jutzi, Ming Guo now finds himself in the shoes of his teacher, at the Shanghai Industrial Technical School. In addition to teaching, he designs his own watches.

One of his main pieces features a very old Chinese mythological scene, depicting the Goddess of the Moon, Chang’e, accompanied by a rabbit. Ming Guo works patiently on his hand-wound models – it takes him up to six months of work per piece – even crafting the hands in his workshop. This year, the watchmaker is launching a new model called Blooming, inspired by fireworks and set with nearly 500 diamonds, with a power reserve of 60 hours. Its price is 30,000 dollars.

“As a child, I lived in the mountains and it was difficult to get books or watches. But one day, I found an old 1955 watchmaking manual at my grandmother’s house that helped me develop my knowledge.” Fascinated by watchmaking from a very young age, Ma Xushu never went to a technical school: he learned everything by himself, particularly by observing the work of watch restorers.

“At first, I repaired watches for free, to practise,” he explains. “I didn’t have any spare parts so I started to make some components myself.” Ma Xushu designed a tourbillon model on the basis of nothing more than a photo. He then went to Beijing to present his work and was hired at the Beijing Watch Factory, where he worked for two years. “All over the world, it is believed that the Chinese only make copies. But I wanted to chart my own course by creating my own movement,” he says. The independent artisan has to make the most of the available resources, and deal with his own attachment to some of his models – despite several offers, he keeps refusing to sell his Pic-Vert model, agreeing to deliver only the design.

One of his most striking models is a timepiece with a cylindrical movement, lateral tourbillon and a display with a cursor on top. Today, Ma Xushu produces between one and two watches per year. He recently started working on a moon phase model. Due to a lack of resources, the complication currently exists only on paper. 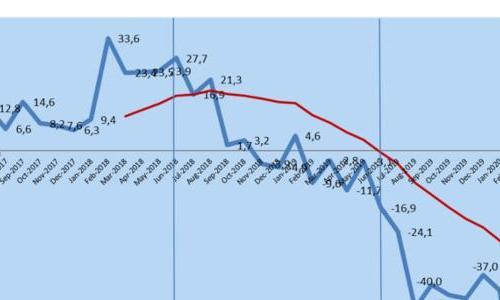 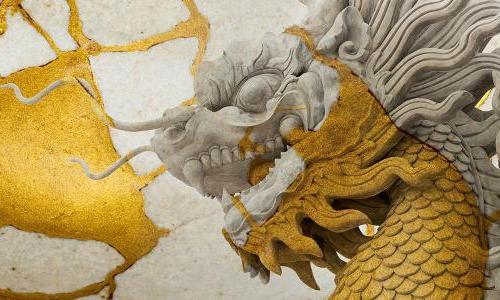 A cofounder of the well-known Chinese horological club, the Shanghai Watch Gang, Kelvin Sa shared with us his personal notebook, shedding some light on the (...) 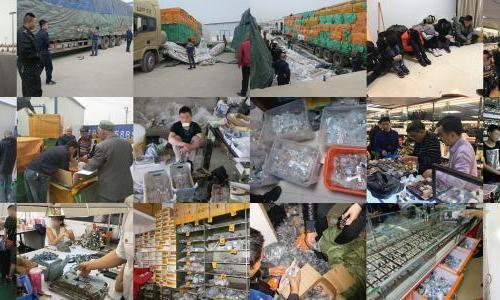 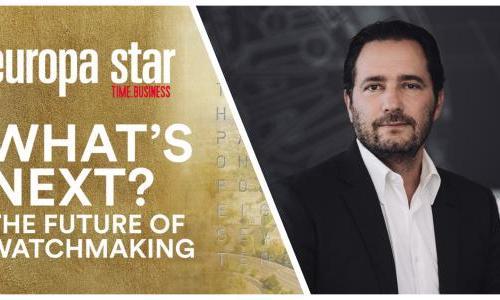 “We are only at the beginning of business in China”