By Dr. Frank Müller / The Bridge to Luxury


Germany is considered a conservative and demanding watch market. Due to its overall robust economy, in times of crisis the watch market feels negative impacts less. During good times, however, its dynamism is more measured.

By Dr. Frank Müller / The Bridge to Luxury

Germany is considered a conservative and demanding watch market. Due to its overall robust economy, in times of crisis the watch market feels negative impacts less. During good times, however, its dynamism is more measured.
C

onsumers generally focus on high-end watchmaking (complications, movement finishing, brand authenticity). And since German reunification prompted the astonishing renaissance of local watchmaking, especially at the traditional manufacturing site of Glashütte, high expectations regarding quality and innovation have been cemented further.

For Switzerland, Germany’s importance as an export market has remained relatively stable over the last decade, oscillating between 4.2% and 5.6% of total business. In 2016, the country ranked as the 8th biggest destination for Helvetic timepieces (source FH).

Of all German brands positioned in the mid-price segment, Nomos especially has been able to create an impressive success story in the last 25 years. Just shortly after the wall came down, the company was the first non-local one to be founded in Glashütte in the former East Germany. Since then, Nomos has continually invested resources into in-house manufacturing capabilities, and today is able to produce complete movements internally (including assortments). Retail prices range from €1,000 to €3,000 for timepieces with steel cases. Watchmaking authenticity, a clear Bauhausinspired design, attractive pricing and discipline in branding have been reasons for strongly growing global demand. But Nomos is not the only German player in the mid-field price category. Among a list of around 20 more companies, Junghans, Mühle, Sinn, Tutima, Union and Wempe (retailer and manufacturer) are also internationally known – and all are privately owned apart from Union (Swatch Group). To various degrees, these offer exclusive internal manufacturing capabilities too, yet also take advantage of sourced Swiss movements.

The current watch crisis has also taken its toll on German watch consumers, who increasingly seek out either highend watchmaking or cheap offerings.

But it would be a mistake to assume that the growing success of locally manufactured watches in the midprice segment has negatively influenced the demand for imported Swiss timepieces. Indeed, Helvetic shipments of watches with a per-piece retail value of between €750 and €5,000 have dramatically diminished over the last ten years, from 37.6% down to 29.9%. The decline, however, began only in the aftermath of the Lehman Brothers crisis (2009), as in 2000 the proportion of imported mid-priced watches amounted to 37.0%. In comparison, total global Swiss exports for the mid-range shrank from 52.7% in 2000 to just 29.0% last year. Hence, the global squeeze of the mid-priced segment seems to have hit Germany much later than it did elsewhere. Nevertheless, the current watch crisis has also taken its toll on German watch consumers, who increasingly seek out either high-end watchmaking or cheap offerings, for better perceived value for money. And the trend is not over yet.

Recent representative market research indicates that those consumers who would be ready to spend a maximum of €2,500 for a watch continue to be price sensitive. When asked about their purchase intentions for the next two years, in 2013 36.2% said they planned to buy a watch retailing above €1,000, while in 2015 only 31.5% were ready to do so. Yet, for watches with a selling price of less than €1,000, the percentage grew within two years from 63.8% to 68.5% (source Responsio Watch Monitor). It could be interpreted as a hopeful sign that, in the same study, buying intentions had improved by 20% among young consumers aged 20 to 29. However, this demand can probably be linked to the phenomenon of smartwatches. In 2016, this relatively new horological product category, competing with the low and mid-price segments and – surprisingly – virtually unchallenged by the traditional watch industry, is said to have sold 9 million units, which would represent roughly 30% of total Swiss exports in terms of quantity (source Canalys).

What has caused the decline of the mid-priced segment in Germany and elsewhere? And can it recover? What needs to be done to make this revival happen?

In general, mid-priced products are believed to be fair, honest and reliable. Consumers who do not have time to venture into an exhaustive process of research limit their risk of buying the wrong product by taking the “middle way”. Yet the danger of positioning a brand between the extremes is that it can be attacked from both sides. The renaissance of in-house-developed and -produced mechanical movements has pressurised the credibility of the midfield from above. By sourcing largely standardised and widely available movements from ETA and others, even strong individual efforts by the midstream brands to become a true “manufacture” look inauthentic. And with the current global economic downturn, pressure from the top is intensifying as brands with higher watchmaking reputation are trading down to the neighbouring lower price segment. At the same time, the smartwatch has started to offer new functionality at attractive prices, attacking the segment from the bottom. The mid-priced segment of the watch industry unfortunately increasingly serves as a meaningful business case for being “stuck in the middle”, and probably rightly so. In terms of product innovation, creative branding, better after-sales service, etc., the brands concerned have done too little to maintain consumers’ trust. Even worse, recent price reductions and grey market activities have added to the problem. The mathematical rule is clear: after a price reduction of 10%, a company manufacturing with a gross margin of 50% must increase sales by 25% to maintain its former profitability. Obviously, under current market conditions, this is not realistic. Hence, cost pressures are rising, marketing budgets are cut further, sales are dropping instead of rising – and consequently a downward spiral is set in motion that will endanger a substantial number of companies.

Brands and retailers in the mid-price segment need to find solutions to the challenge. The basic options are:

Holding the segment would make most sense because this is where the brands’ credibility is highest. Yet this asks for disciplined strategic actions: offering attractive, emotional branding; creating new (and smart) watch functions; starting to sell online; and, of course, introducing professional cost management and streamlining business procedures for higher efficiency.

But there is no easy or speedy road to success. The problem of the mid-price segment in Germany is a global one. Up to 2020, consultancy firm The Bridge To Luxury TBTL forecasts global annual growth rates at a moderate 2-4% only. The industry will continue to face a period of tough restructuring. These are the times entrepreneurial courage is needed to invest in countercyclical measures with the goal of building up a new, younger customer base – regardless of country, regardless of price point.

The largest German brand in terms of volume (60,000 watches per year) has taken advantage of a “vacuum” left by Swiss brands in the mid-range segment. Its models, carefully priced from 500 to 2,500 euros and designed with a vintage Bauhaus-inspired flavour, are a must for the middle class, in its stronghold of Germany but also more and more outside (36% of sales were international in 2016), particularly in Southern Europe and Singapore last year.

Indeed, the Schramberg-based brand, founded more than 150 years ago and independently owned, recorded a +4.3% growth in 2016 (+9% overseas). But its CEO Matthias Stotz expects tougher competition ahead, as Swiss brands are trying to reposition themselves in more moderately priced areas, after years of inflation. Excerpts. “We feel good within the ‘middle-range’ brand categorisation, because the middle class is made of people who earn their money with their own work, so they look for reliable products, they have no money to ‘waste’ and they have to think carefully about their investment.” “Lately, there have been very interesting business opportunities for us, mainly for two reasons. First, many brands upgraded their prices these last years, so we have been ‘filling the gap’ of middle class watches. And the style of our watches, influenced by the Bauhaus movement, is very appreciated nowadays. When we re-launched the Max Bill series in 1997 and the Meister in 2011, the ‘retro’ style was not as much praised as it is today. We are lucky that we match both price and style expectations of many customers today.” “On the other side, we feel that some Swiss brands from the higher level want to drop their prices to come back to the middle range, so the competition will be higher in the future. It will be challenging but we are very strongly established within the middle price range, where we offer great value for money.” 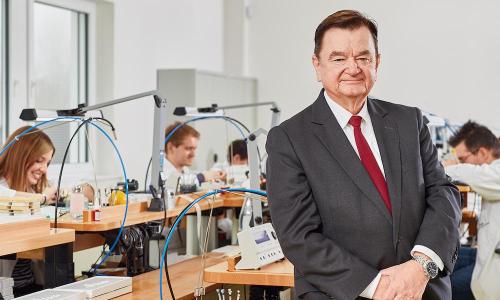 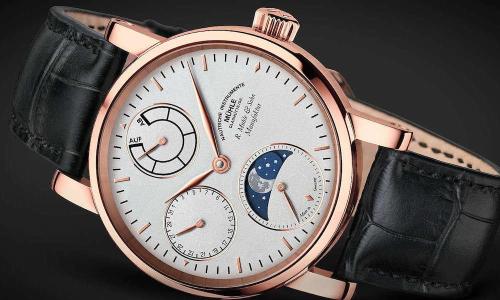 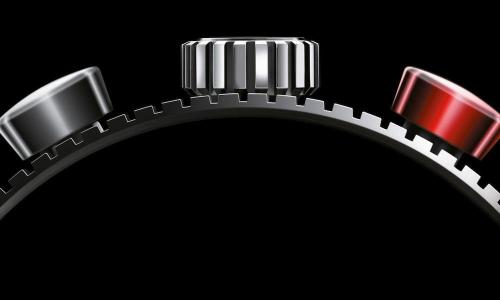 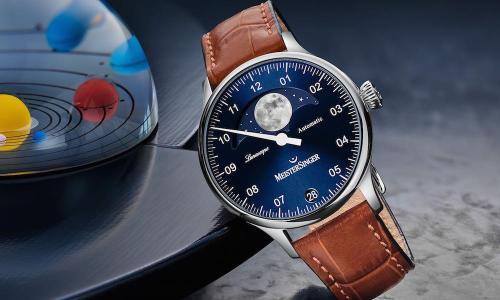 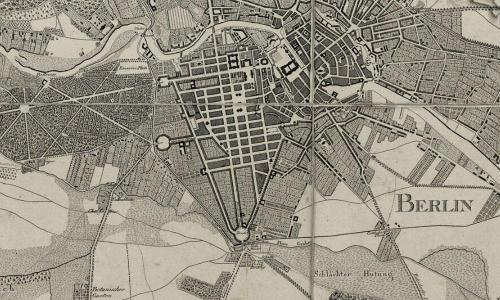 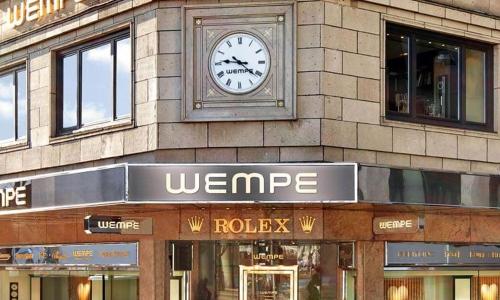 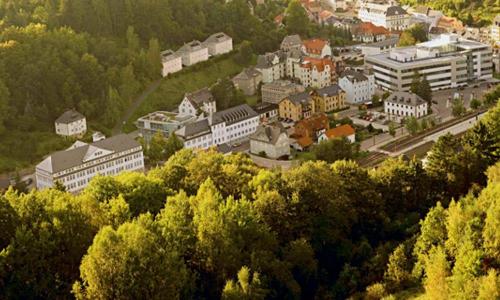 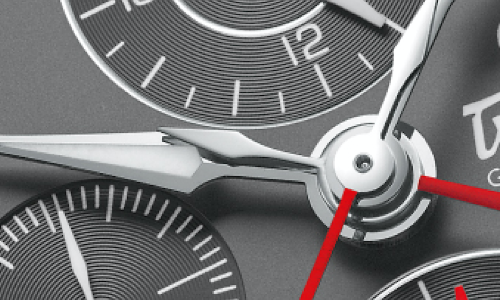 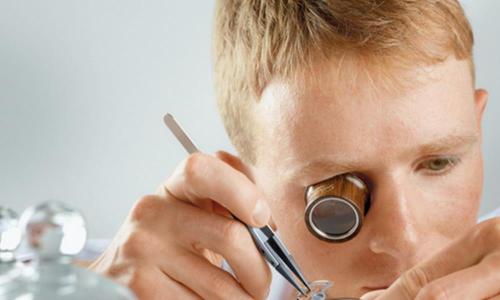