The Detroit firm with Texan roots has taken ownership of the theme of resilience, in a city that has endured more than its share of problems. With the help of world-class design and storytelling, the brand has succeeded in spreading throughout the country in just a few years. Today, its operations extend far beyond watchmaking, stretching from bicycles to real estate. We paid a visit.

The Detroit firm with Texan roots has taken ownership of the theme of resilience, in a city that has endured more than its share of problems. With the help of world-class design and storytelling, the brand has succeeded in spreading throughout the country in just a few years. Today, its operations extend far beyond watchmaking, stretching from bicycles to real estate. We paid a visit.
W

alking through Detroit, it’s impossible to escape the signature of Shinola and its parent company Bedrock Manufacturing (yes, it’s named after the Flintstones cartoon). From watchmaking to leather accessories and bicycle manufacture, from hotels to numerous real estate development projects, including a giant shopping mall in the heart of the city, the company’s imprint is everywhere.

The conglomerate’s intention is to take over from where the companies that made the Rust Belt city famous in its golden age – General Motors, Ford and others – left off. It’s trying to prove that it’s not all decline in the industrial centre, which was strongly affected by the 2008 financial crisis and, more broadly, by the demise of manufacturing, eventually leading to the city’s bankruptcy. 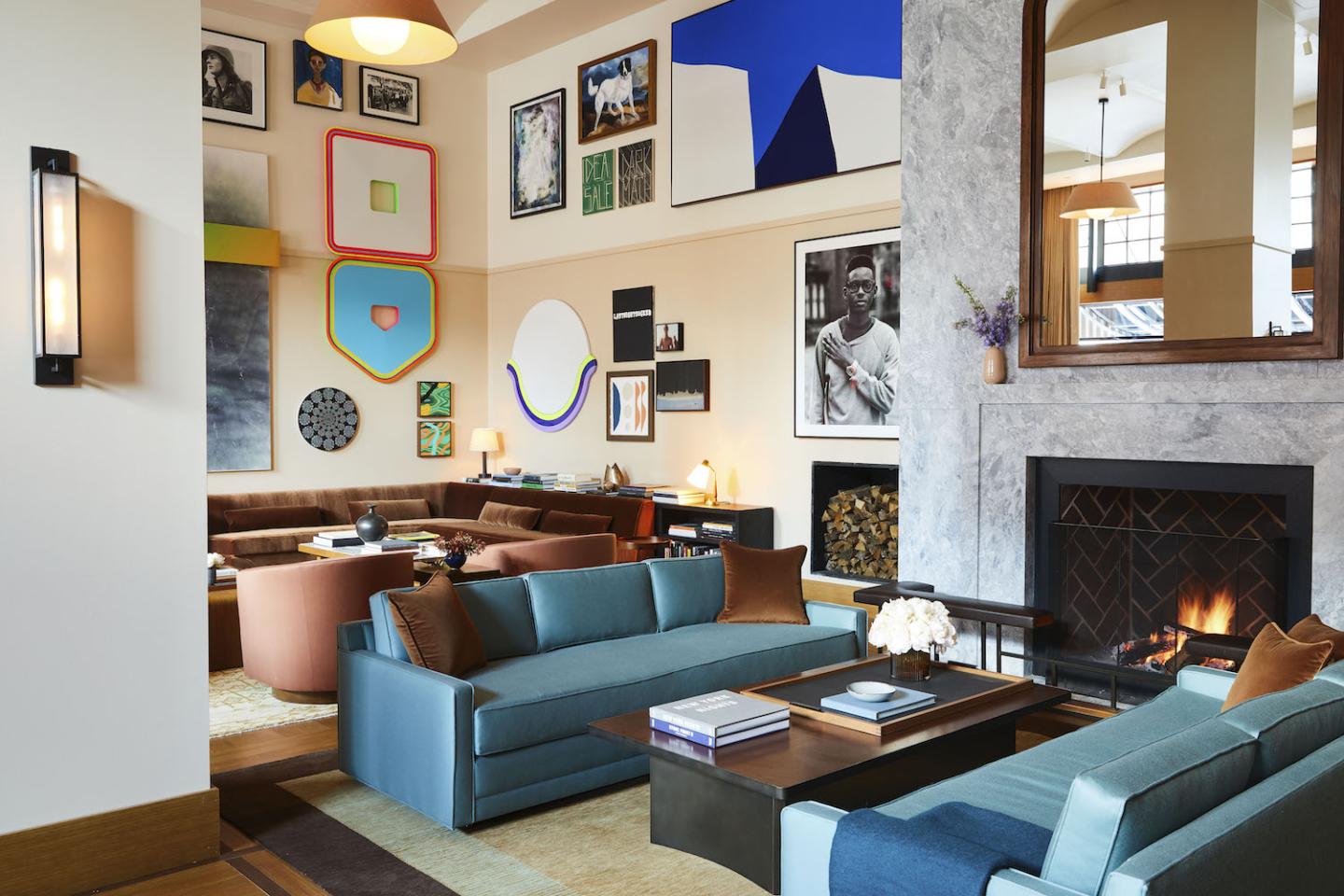 A combination of design, watchmaking and real estate: Shinola has just opened an elegant hotel in the heart of Detroit. 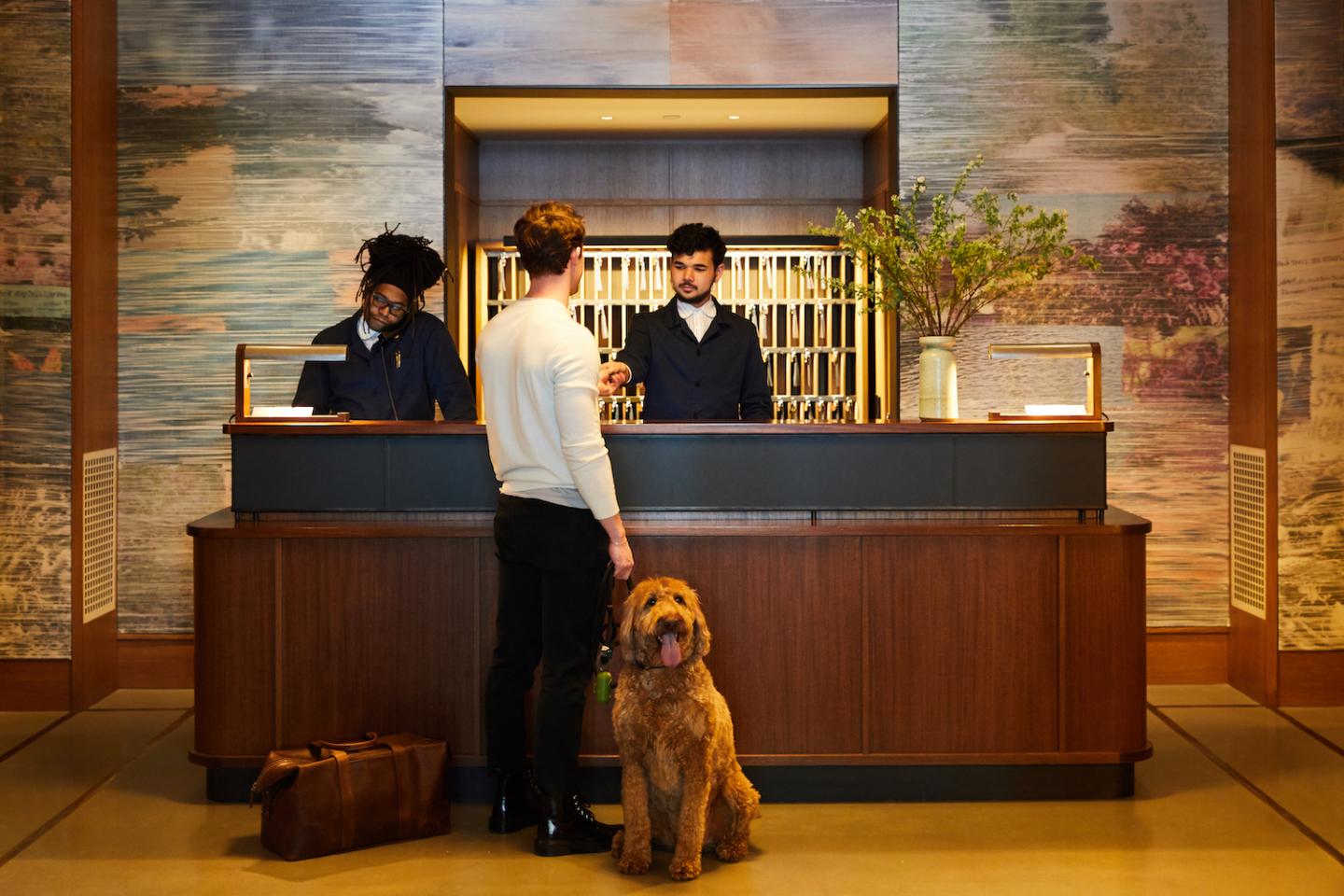 The reception area of the Shinola Hotel.

A shortcut to “The long manufacturing tradition of Detroit”

Shinola (itself the name of a famous vintage American shoe polish producer) was officially launched in 2012 with the publication of a major advertising campaign in the New York Times, under the provocative slogan “The long tradition of Detroit watchmaking has just begun”.

The conglomerate intends to take over from the companies that made the Rust Belt city famous in its golden age.

The brand’s genesis actually began earlier and much further south, in the Texan metropolis of Dallas. And you can’t miss the Texas in the voice of the brand’s President and CEO, Shannon Washburn, who welcomed us to Shinola’s impressive headquarters, in an Art Deco building that once housed General Motors. 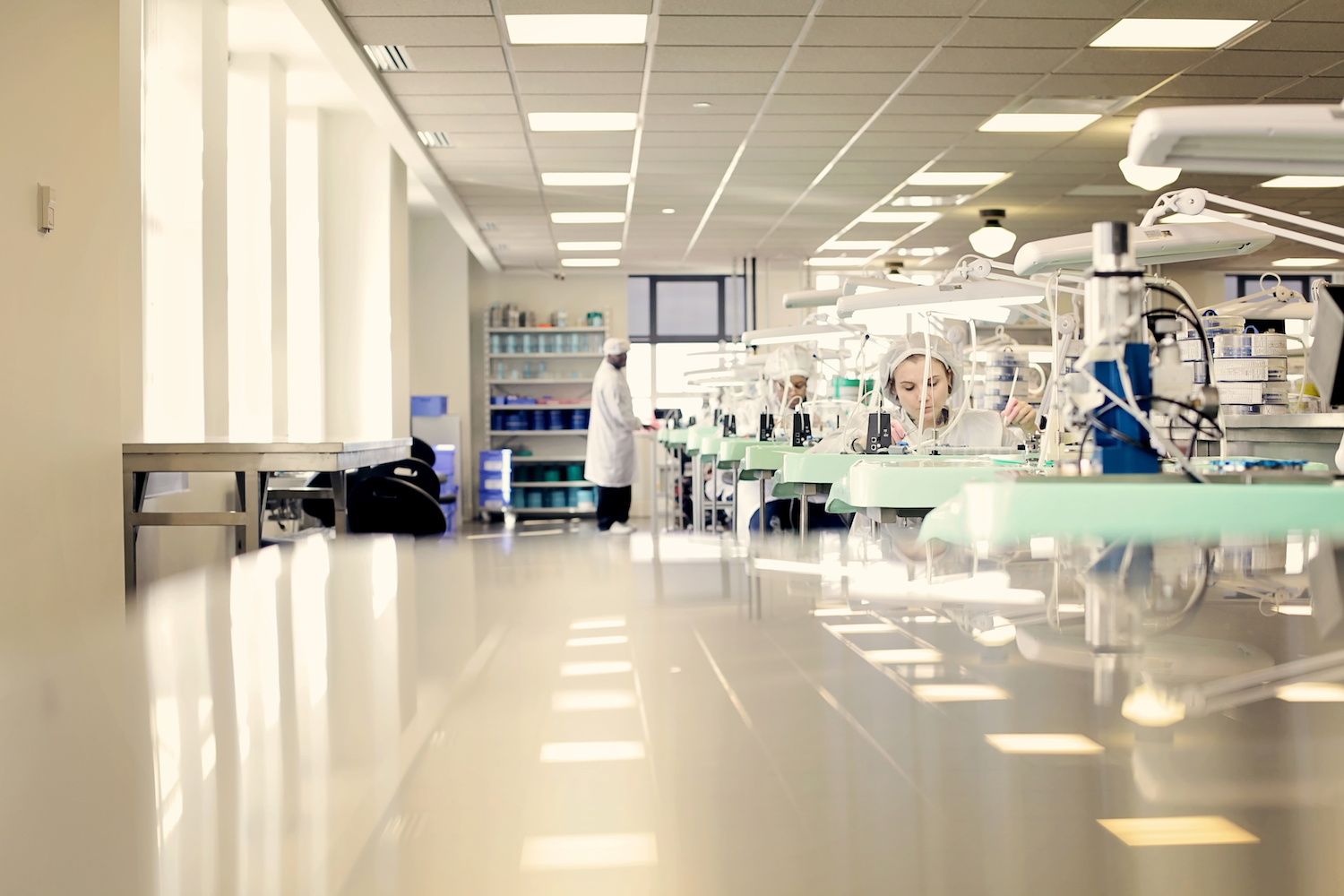 On the watchmaking scene, Dallas is best known for hosting the headquarters of the multi-billion-dollar Fossil Group. Shinola is something of an all-American spin-off of the mostly Made in China fashion watch giant; it was launched by private equity and brand management firm Bedrock, which is owned by Tom Kartsotis, Fossil’s co-founder, with his brother Kosta. In fact, Shannon Washburn has accompanied Kartsotis throughout most of her career: after 14 years at Fossil in Dallas, she became President and ultimately CEO of Shinola (following the recent departure of the previous CEO, Tom Lewand).

Shinola is something of an all-American spin-off of the mostly Made in China fashion watch giant Fossil Group, co-founded by Kartsotis. 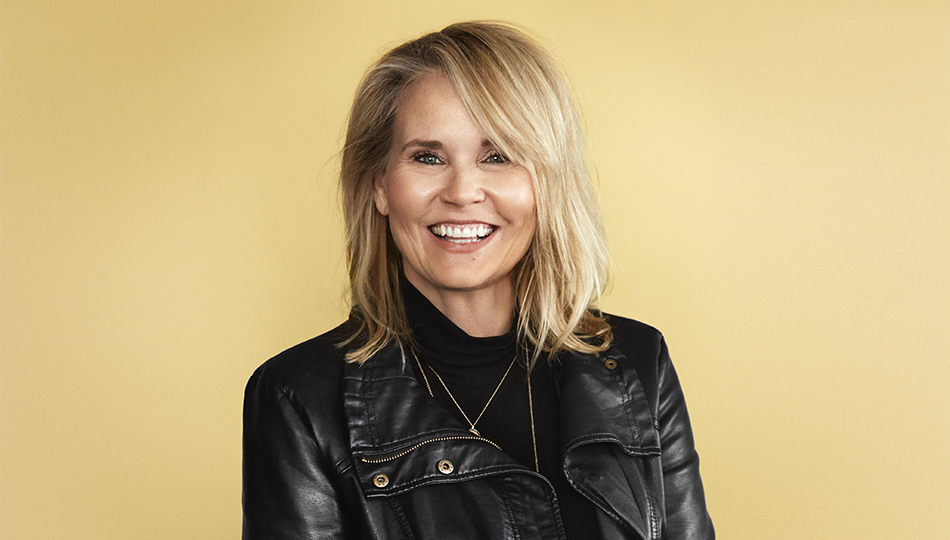 Shannon Washburn is President and CEO of Shinola.

“In 2011, Tom Kartsotis visited the College for Creative Studies in Detroit,” she explains. “He saw an unoccupied space on the fourth floor. This sparked the idea of a ‘built in Detroit’ watch product that would revive industrial employment in the city.” 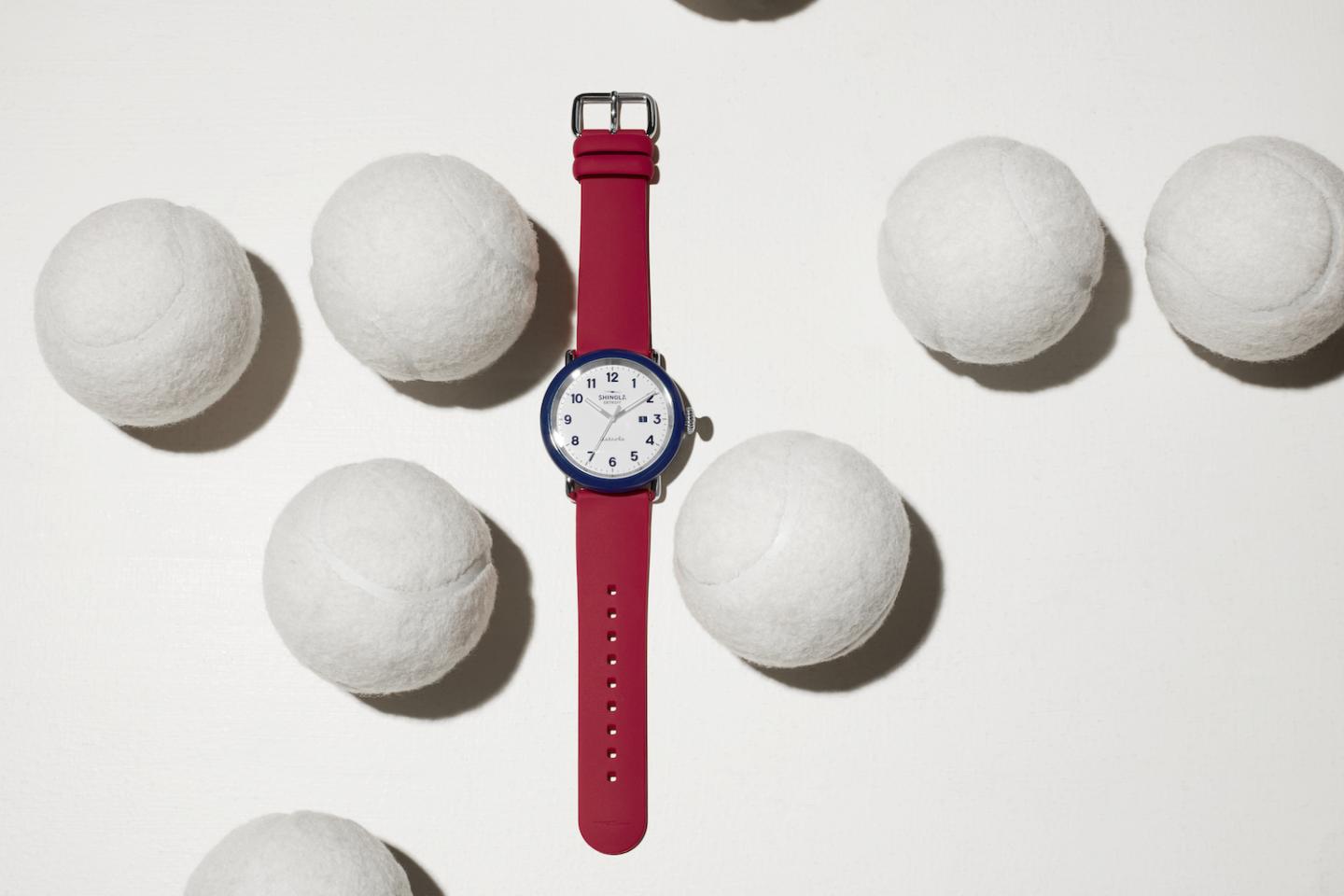 The quartz Detrola, the brand’s entry-level model at $395.

Building on a dream

Today, Shinola occupies two floors of the prestigious institution, which also serves as a reservoir of new talent for the design-led company. The ultra-modern premises with a vintage touch reflect the brand’s spirit, which is that of a design and marketing specialist offering a range of products inspired by Americana, including watches, leather goods, notebooks, record players and bicycles. Shinola is also working on launching a new category of objects for everyday life: furniture. 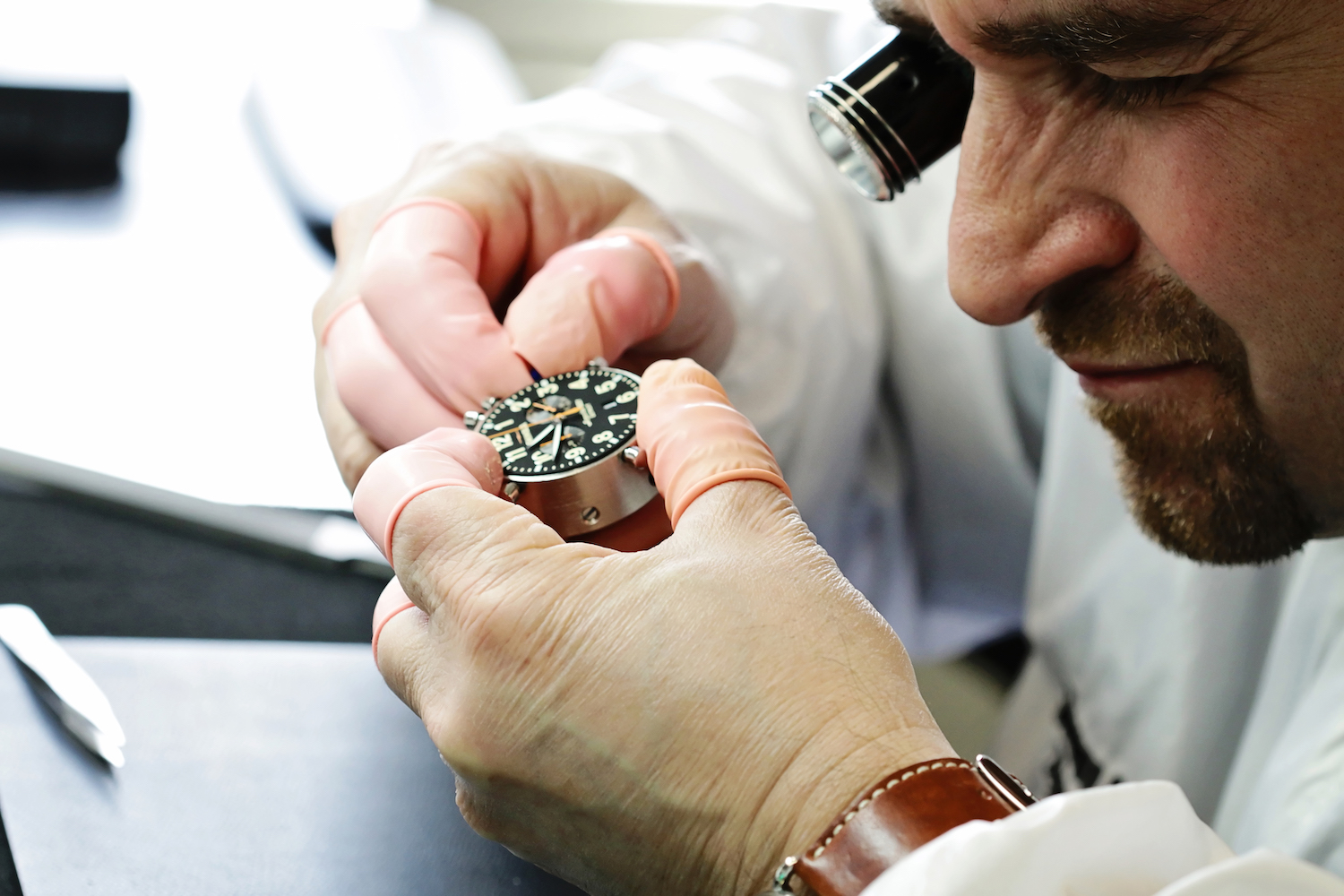 The company, which employs over 500 people, regularly produces series dedicated to Great Americans. It has seen rapid growth in the lifestyle segment in the United States, and now operates 28 of its own stores, as well as selling its products in more than 500 other points of sale throughout the country.

“From the start, we opened our own stores in Detroit and New York, as well as an e-commerce platform to serve a direct-to-consumer strategy,” says Washburn. “At the same time, we also looked for partnerships with major department stores in the United States. Our first partner was Barney’s, followed by Nordstrom and Saks Fifth Avenue.” 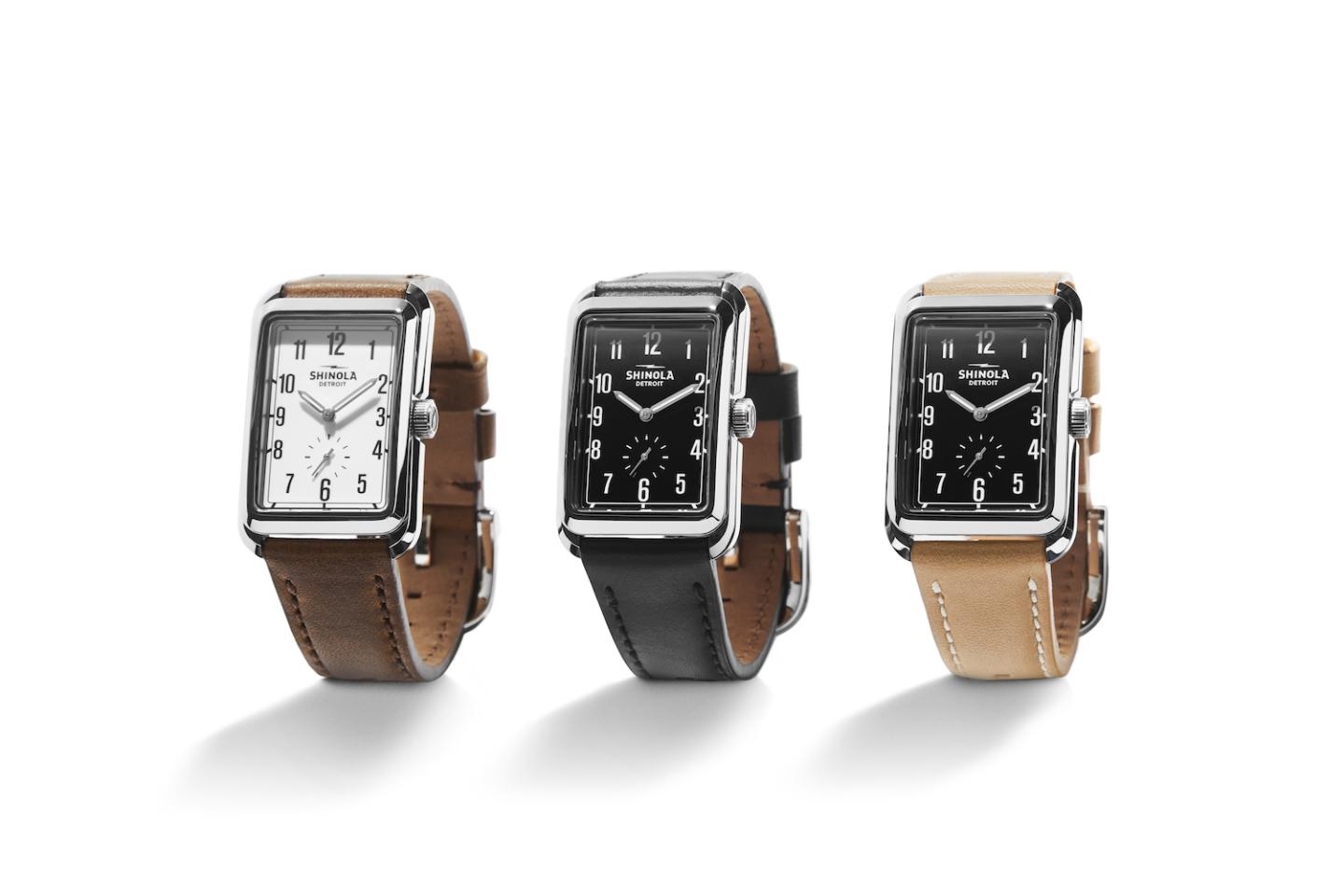 The new Omaha model by Shinola.

Shinola is also represented by a network of retailers specialising in watches and jewellery. “This is the channel that has experienced the strongest growth this year,” reveals the brand’s President. “Our distribution and visibility strategy is not focused solely on digital. Physical stores are also a great marketing tool.” A work in progress with horological purists

Despite this broad network of specialist retailers, Shinola is rarely seen at major industry events. For example, the brand does not exhibit at Baselworld, the biggest annual trade fair. And it is still little known outside the United States. With a brand image that relies above all on lifestyle and design, can Shinola earn the recognition of purists? And isn’t the watchmaking part primarily a means to develop other products over the longer term?

“Our distribution and visibility strategy is not focused solely on digital. Physical stores are a great marketing tool.”

“Even if we diversify, the watch will remain our priority product,” replies Washburn. “Watch enthusiasts are a core base of customers. In addition, we are developing more and more mechanical models, through the Runwell, Canfield, Guardian and Burley lines [equipped with Sellita calibres]. Through the watch, we can express our design and our sense of beauty. It has the basic ingredients of everything we love: a good story, a good design, and a product that will last.” 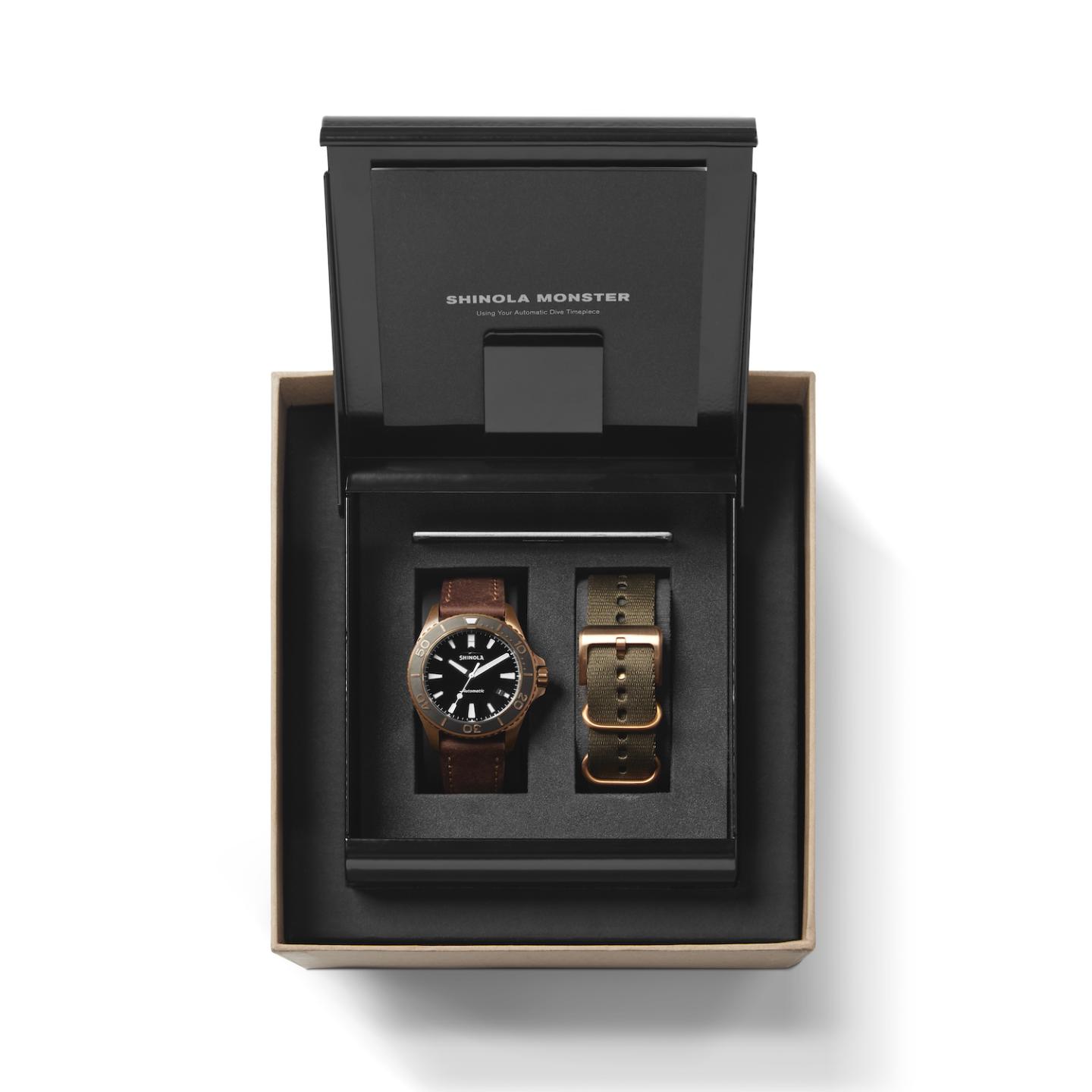 The Bronze Monster, Shinola’s highest-priced watch at $1,650, in its packaging.

The brand has also recently launched a new entry-level quartz product, the colourful Detrola model, available for less than $400. Is this a response to the growing popularity of the Apple Watch, which is fast becoming the benchmark watch at this price level in the USA? “Not really, it’s more of a natural response to the market and younger consumers who want a quality entry-level watch,” states Washburn. “We consider it an introduction to our entire selection of watches, which now ranges from $395 to $1,650.”

Through the manufacture of products that reflect a lost golden age, the company paradoxically aims to show that Americana is not dead. 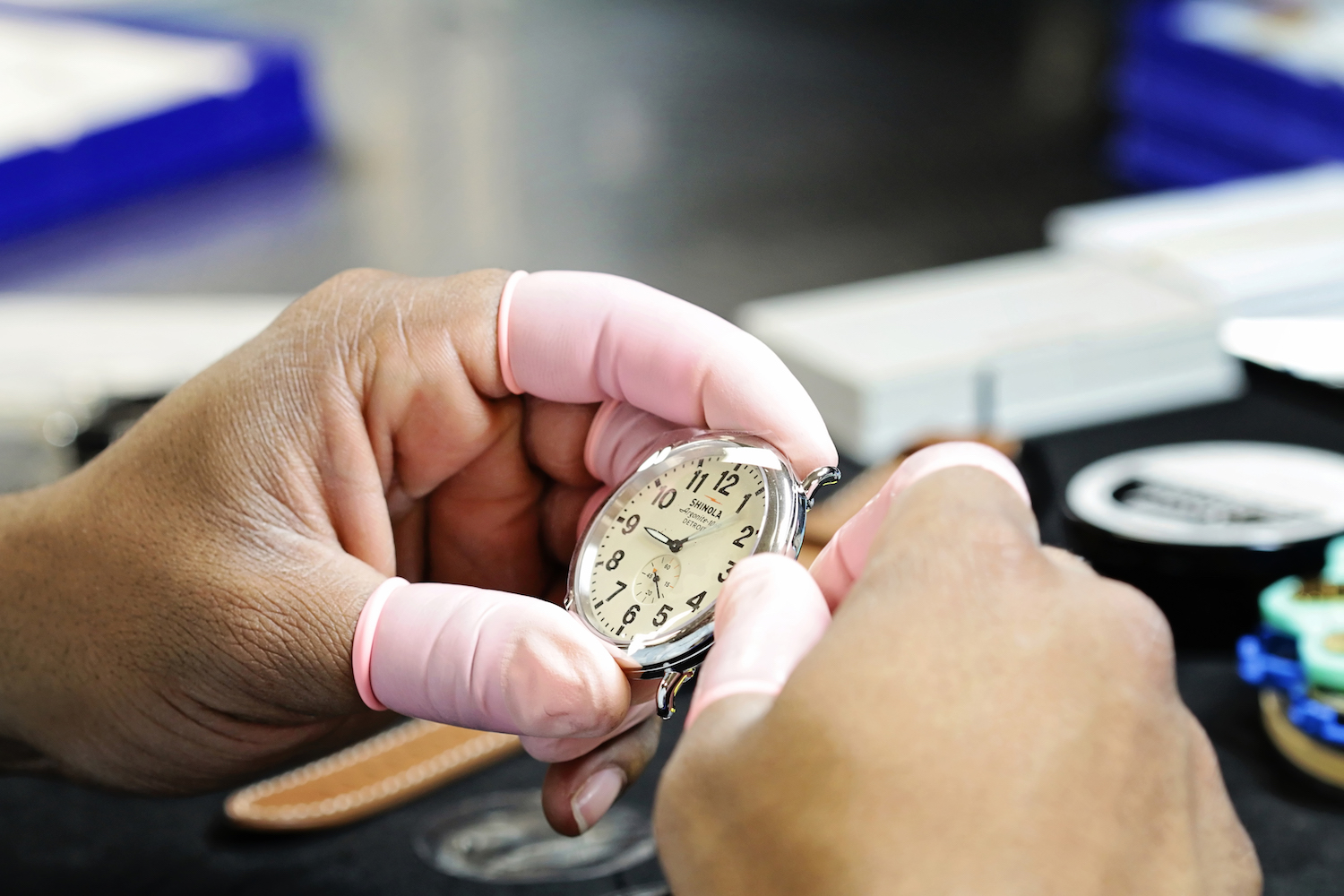 “Americana is not dead”

With their sleek design, the brand’s products have managed to reach a core base of urban and style-conscious consumers in the United States. All models, whether quartz (developed in partnership with Ronda, a Shinola shareholder) or automatic (from Sellita), are assembled in the brand’s Detroit premises by around 100 dedicated employees on an assembly line. The production of quartz calibres has been brought in-house, but on-site production of an automatic calibre is not yet on the agenda. “We are thinking about it, and it is certainly a step we would like to take one day,” explains Shannon Washburn. “But we don’t have any immediate plans to do so.” 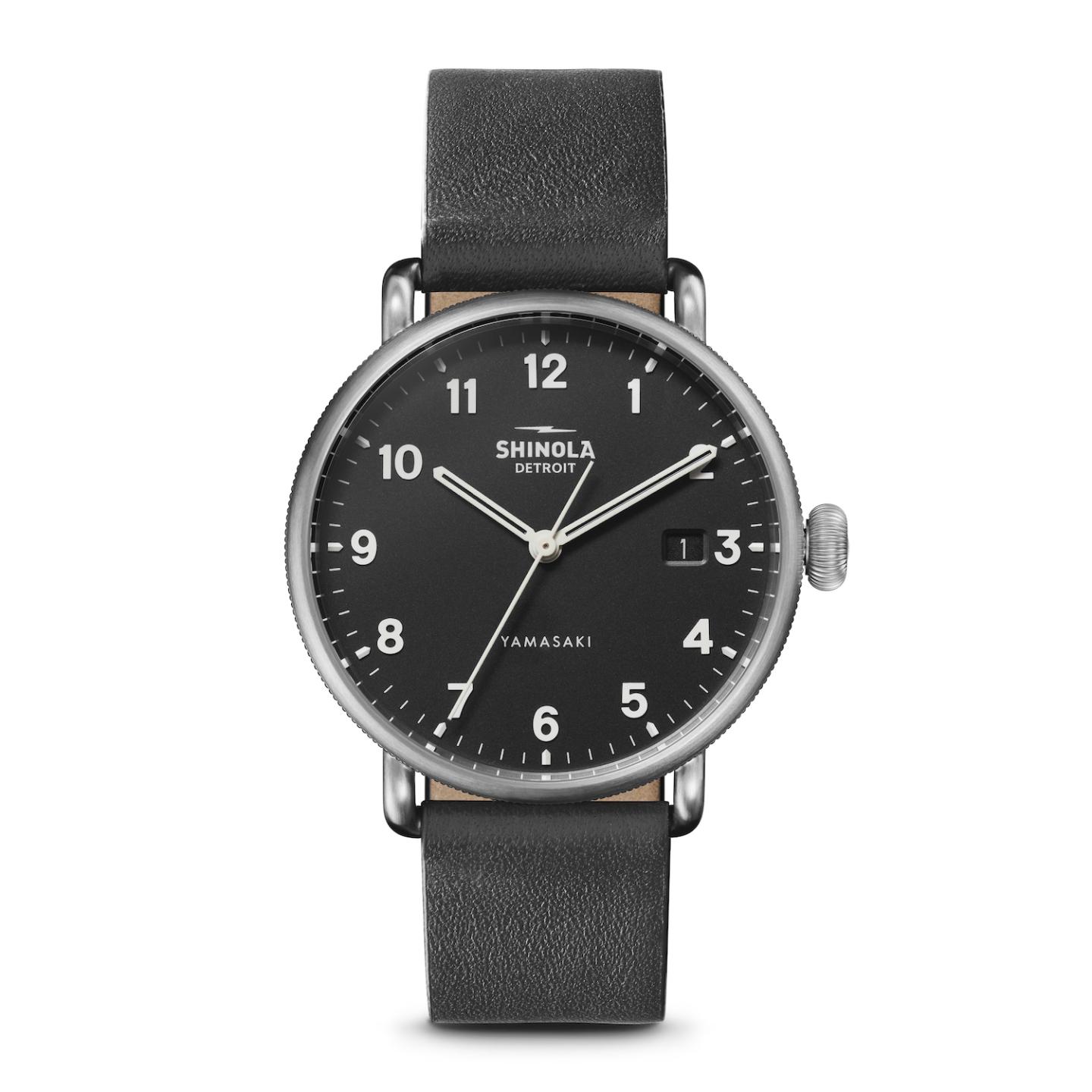 The Yamasaki model in the Great Americans series pays tribute to architect Minoru Yamasaki who worked out of Detroit for many years.

Meanwhile, Shinola’s parent company, Bedrock, is busy empire-building. It is pressing ahead with a plethora of real estate projects in Detroit, Michigan, where much needs to be rebuilt. Through the manufacture of products that reflect a lost golden age, the company paradoxically aims to show that Americana is not dead. It can live again, even (or perhaps precisely) when everything seems to be going wrong. The company’s mastery of storytelling and sense of design, focused on the theme of resilience, could prove decisive at a time when simply having a good product to sell is no longer enough. 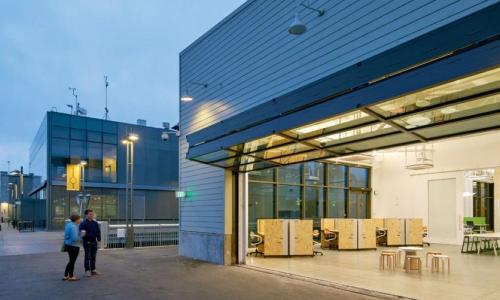 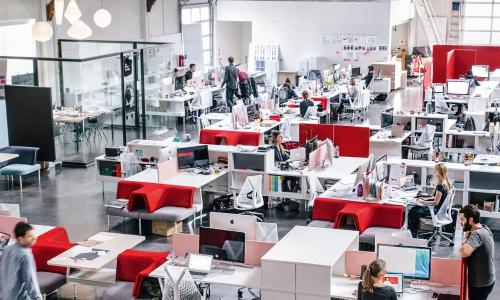 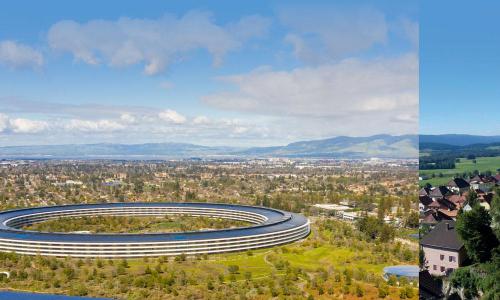 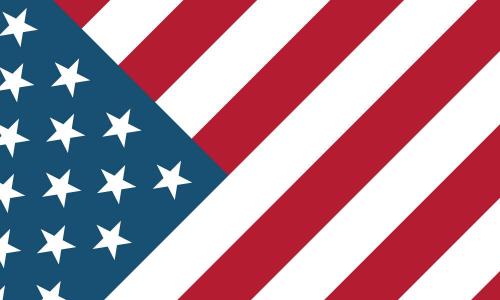 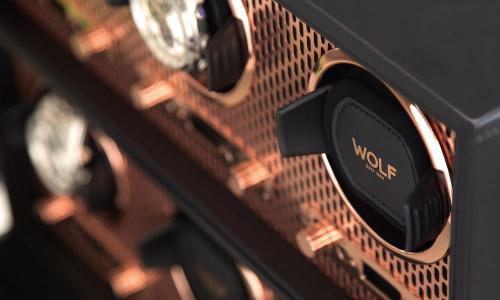 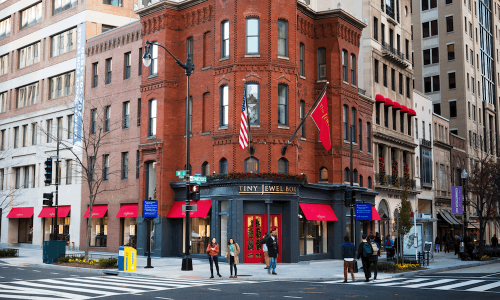 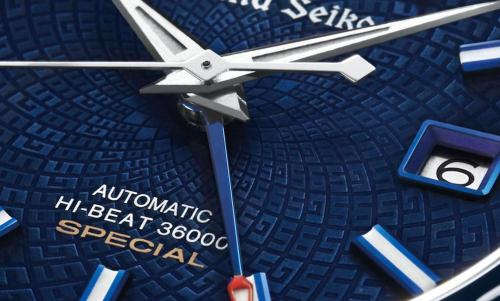 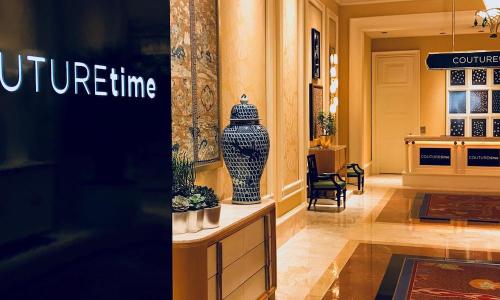 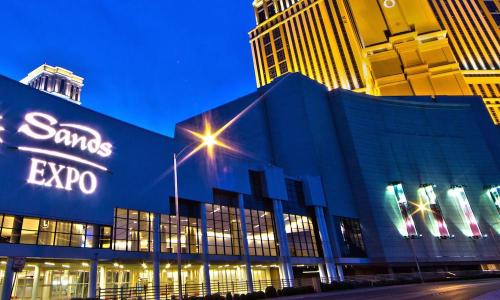 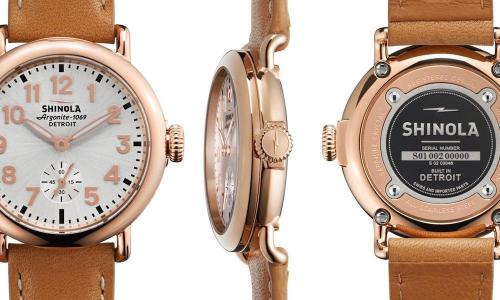 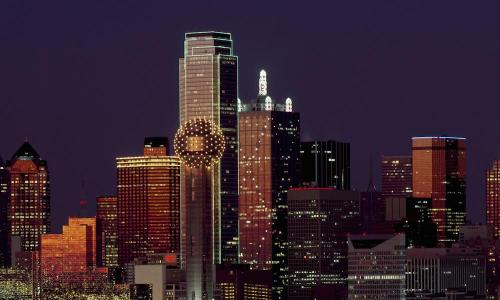 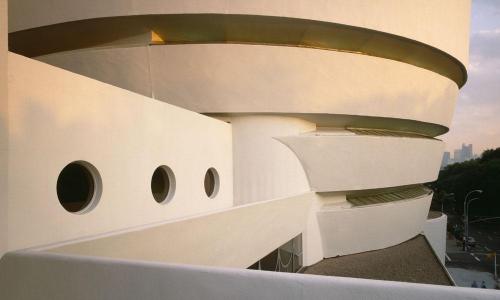 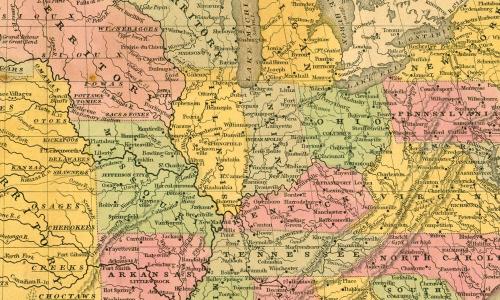 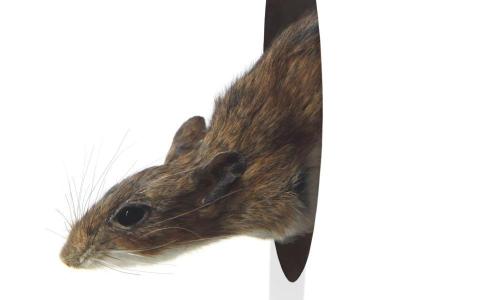 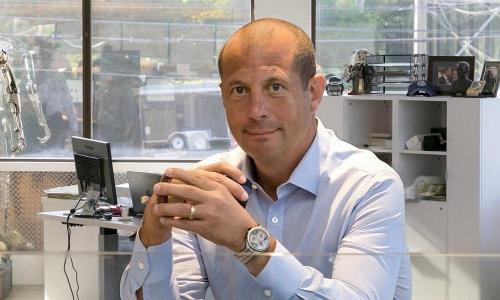 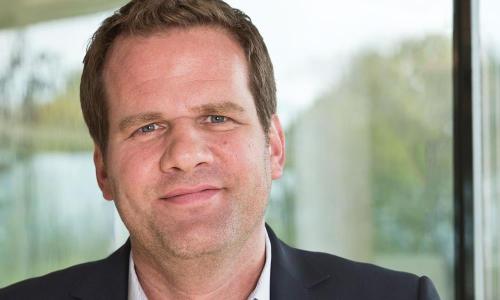 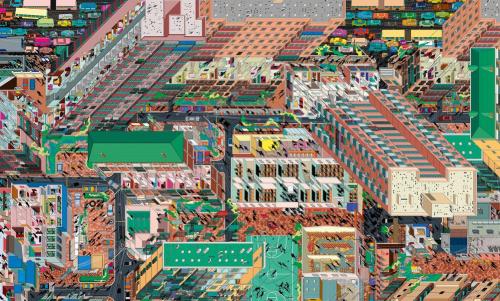 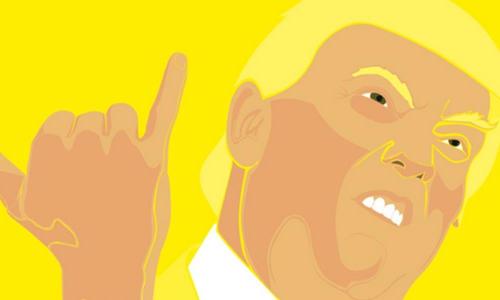 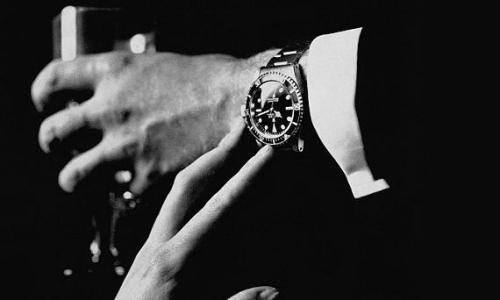 TIME.KEEPER Bulova continues to expand its longstanding partnership with Veterans Watchmaker Initiative (VWI), announcing them as their newest authorized service (...)

TIME.KEEPER The Model 222-RR is a modern wristwatch with a vintage heart, featuring a Hamilton 10 sized pocket watch movement. RGM was the first to use these wonderful (...)

TIME.KEEPER Shinola introduces a newest addition to the Shinola Monster Collection - a series of special-edition automatic dive watches that pay tribute to the natural (...)