WATCH PRICES: it’s the fault of…

WATCH PRICES: it’s the fault of…

t’s the fault of… It is true that any number of reasons of all kinds, a whole interwoven knot of reasons, have placed the watchmaking industry in a difficult situation (to say the least) at the start of 2017.

When various reasons accumulate and you cannot put your finger on one single enemy (as it was possible to do during the quartz crisis, whether justified or not), it is a sign that we are on the brink of profound upheavals, structural transformations, social change. And behind it all is the burning question that everyone is asking themselves to a greater or lesser extent: have people fallen out of love with watches? And if so, how can we win back their hearts? 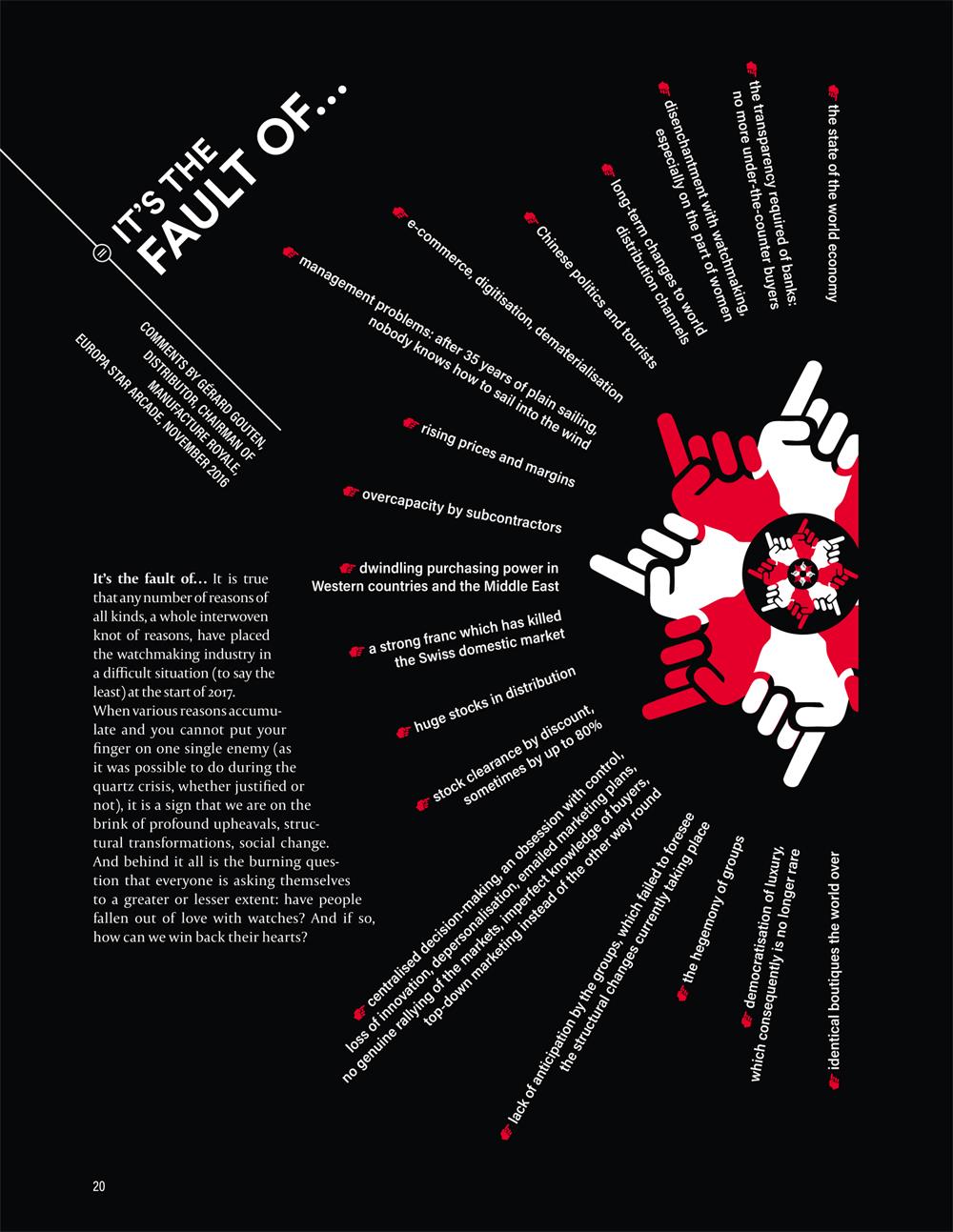