With the democratisation of intercontinental travel prices and the opening up of China, which began sending ever greater streams of tourists all over the world, shopping tourism became crucial for the watch industry.

With the democratisation of intercontinental travel prices and the opening up of China, which began sending ever greater streams of tourists all over the world, shopping tourism became crucial for the watch industry.
W

ith the democratisation of intercontinental travel prices and the opening up of China, which began sending ever greater streams of tourists all over the world, shopping tourism became crucial for the watch industry.

But these streams of tourists proved extremely volatile. The recent example of the tourism boom to Japan, fuelled by the fall in value of the yen, or that of London after the Brexit vote, are perfect illustrations of this.

The moment the yen was depreciated in 2012, the number of Chinese and Asian tourists travelling to Japan rose 34%, then by 24% in 2013, by 29% in 2014 and by 47% in 2015. This rise is clearly visible in the statistics on Swiss exports to Japan, which rose 5.7% in 2013, then leapt by 15.2% in 2014 before stalling slightly, falling back 1.9%, from late 2015 onwards and continuing to drop during 2016, losing more than 4% compared with the same period in 2014 (January–September). The effect of Brexit on Swiss watch exports to the UK was even more radical: up 23.5% in August 2016, and 32.4% in September! And in the case of Europe or the Middle East, this opportunistic shopping tourism and this volatility have been further accentuated by political factors, war, and the wave of terrorist attacks that has struck Europe. 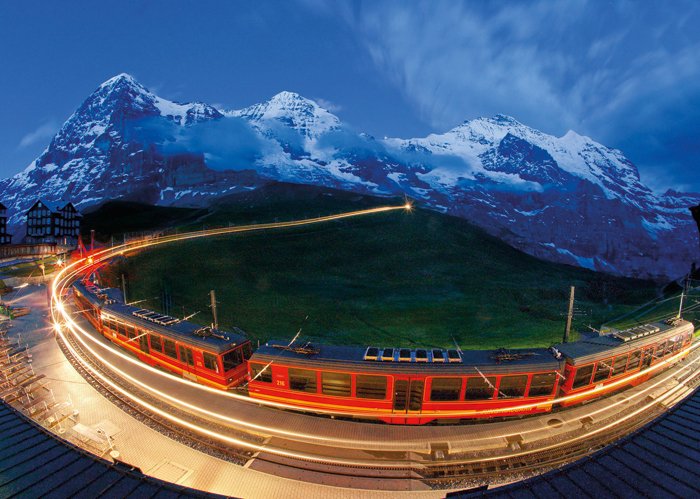 René Weber of Vontobel uses a very special “index” to evaluate Chinese and Asian tourist flows into Switzerland: the Jungfraubahn index.
By closely following the state of advance bookings for this high-altitude train, which is very popular with Asian tourists, he is able to forecast watch sales in Switzerland with great accuracy. For example, even before the terrorist attack in Nice on 14 July, he had already observed a 30% cancellation rate by Chinese tourists.

“As soon as a price difference exceeds 10%, customers know about it and choose their destination according to price. And as soon as prices go up, the tourists leave. There was greater inertia in the past. Now, people make very quick decisions. The internet has been a game-changer too.” René Weber, Vontobel