he roots of “Watch Valley” are not only Protestant, as the popular image would have it. Jews – from Alsace in particular – contributed just as much to the emergence of the Swiss watchmaking industry as the Huguenots. A historical round-up. 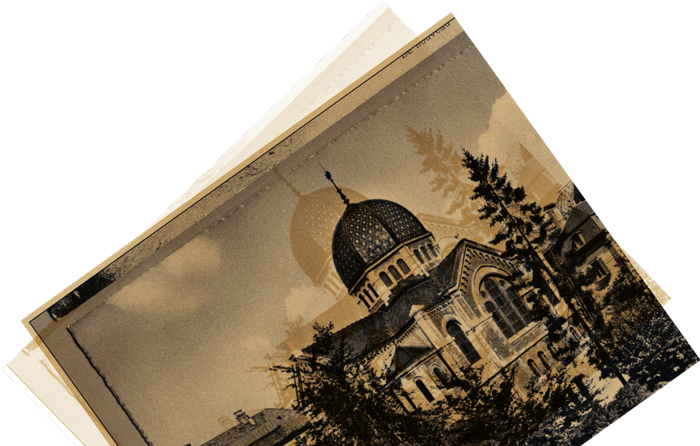 In pre-1866 Switzerland, Jews were subjected to severe discrimination and made up only a tiny part of the population. The Federal Constitution of 1848 granted freedom of movement and freedom to settle anywhere on Swiss territory to the entire Christian population, but not to Jews. It was only in 1866 that they were granted freedom to settle where they pleased and full civic rights. The new Federal Constitution of 1874 finally granted them freedom of conscience and worship. It was these latter provisions which triggered the first wave of immigration. When Alsace was annexed by Germany in 1871, Alsatians of all confessions were obliged to choose German nationality or leave the country. Numerous Alsatian Jews and, later, Jews from eastern Europe, left for the Jura region around Neuchâtel and Bern, or Geneva and Avenches. In the French village of Hégenheim, located just outside Basel and home to a Jewish community, there lived a handful of Basel-based Jewish watchmakers who were refused the right to reside in Switzerland. The other inhabitants were cattle merchants, cloth merchants or watch dealers. Some of them gradually came to watchmaking through trade, often with the objective of mechanising watchmaking. Thanks to their international relations and commercial expertise, the arrival of Jewish families in Switzerland galvanised watch sales. Among the families from Hégenheim, we find the names of Bloch, Brunschweig, Dietisheim, Dreyfus, Franck, Gintzburger, Grumbach, Lévy, Nordmann, Picard, Schwob and Weil.

Hégenheim, the cradle of illustrious names in Swiss watchmaking

Hailing from Allschwil near Basel, the Diedesheim family emigrated to Hégenheim back in 1694. Over time, its patronym was transformed to Didisheim, Diedisheim, Ditisheim, Dietisheim and Didesheim. In 1850, the brothers Marc and Emmanuel Didisheim founded a watchmaking company at Saint-Imier, registering it under the name of M & E Didisheim in 1884. Henry-Albert, Edgar and Hyppolite, Marc’s sons, registered the trademark Marvin in 1893 and, after moving to La Chaux-de-Fonds, turned it into an international brand. From 1893 onwards, they exported wristwatches to the United States and developed their business with continuous efforts to increase mechanisation, a policy that was continued by the third generation. In 1905, the company began trading under the name of “Henri-Albert Didisheim, fabrique Marvin”. Marc and Emmanuel had a brother, Jacques Didisheim. In 1860, he opened a watchmaking workshop at Saint Imier called Fabrique Juvenia Didisheim-Goldschmidt et Cie, a business which was transferred to La Chaux-de-Fonds in 1882. Also, Marc Didisheim’s three sons married the three daughters of Maurice Ditisheim. The latters’ uncle, Gaspard, was the co-founder of Ditisheim & Cie Fabrique Vulcain with his brother Maurice, and the father of Paul Bernard Ditisheim – the founder of Solvil in La Chaux-de-Fonds.Maurice Ditisheim left Hégenheim in 1858 and settled in La Chaux-de-Fonds as a watch broker, trading under the name of Manufacture Maurice Ditisheim. At the Paris World Fair of 1889, the company was awarded a bronze medal for the “Vallée de l’Arve”, a watch with extremely sophisticated complications. In 1894, the watches were manufactured under the trademark “Vulcain ”, which entered the annals of history in 1947 with the 120 Cricket calibre, development of which had begun in 1942. Paul Bernard Ditisheim worked first of all in the Vulcain family business. In 1892, he founded the watchmaking manufacture, Ditis, Solvil et Titus. Regarded as the founding father of modern chronometry, he made the most accurate chronometers ever produced and in 1912 achieved the world chronometric record at the Royal Observatory at Kew. He also collaborated closely with Charles Edouard Guillaume, studied the effects of atmospheric pressure and magnetic fields and created synthetic lubricants with the chemical engineer, Paul Woog. He sold his company to Paul Bernard Vogel in 1930. Through his marriage to Suzanne, one of the heirs of the Eberhard family, the businessman was related to the great watchmaking families of the period, notably the Eberhards, Blums and Ditisheims. Théodore Schwob, born in Hégenheim, settled in La Chauxde- Fonds as a horse merchant, then set himself up as a watchmaker by founding Schwob Frères et Cie in 1862. He married his daughter to Adrien Schwob, the son of Joseph Schwob, an Alsatian who had also settled in La Chaux-de-Fonds, firstly as a cloth merchant and then as a sales representative with Zenith. Adrien then set up his own company at Le Locle, sold it, and with Théodore invested a part of his capital in the Henri Sandoz manufacture in Tavannes. The capital of the Tavannes Watch Co, registered on 25 September 1895, thus came from Schwob Frères et Cie (Théodore Schwob) and Schwob et Cie (Joseph Schwob). It guaranteed Henri Sandoz, who was appointed as its director, the means of selling his output. To avoid any mutual competition, the shareholding companies divided up the markets between themselves and penetrated Russia, Japan and the Middle East. Shortly before the outbreak of the First World War, Tavannes Watch became the second-largest Swiss watchmaking company thanks to its rationalisation methods based on the American model. While Tavannes did not manufacture chronographs, Schwob Frères et Cie SA sold those of the Timing and Repeating Watch Company of Geneva founded by Prosper Nordmann, whose chronoscopes and repeater watches were identical to those of the Waltham Watch Company in the US. In 1945, Schwob Frères et Cie SA became Cyma Watch Co SA. In 1966, Tavannes Watch Co was bought by Ebauches SA and Cyma Watch Co SA, the latter marketing Tavannes’ products under the Cyma brand.Born in Hégenheim, the brothers Achille, Léopold and Isidore Ditesheim founded the company LAI Ditesheim in La Chaux-de-Fonds in 1883; in 1903 it became Movado LAI Ditesheim. In 1947, Nathan Georg Horwitt, a disciple of the Bauhaus movement, dreamed up the design of the Museum Watch for Movado, the watch which was later to be selected by the New York Museum of Modern Art for display there. In 1911 Eugène Blum, the descendant of a watch dealer from Belfort, and his wife Alice Lévy founded the Ebel Blum & Cie manufacture in La Chaux-de-Fonds, Ebel being the acronym of Eugène Blum Et Lévy.

Bienne, home to watchmakers from Alsace and the Jura

After the arrival of watchmakers from the French Jura, others left Alsace and settled in Bienne. So it was that companies such as Antima Watch (the Antmann and Appel families), Liebmann and Liema Watch (Sigmund Liebmann), and Goschler et Cie were created. The latter, founded in 1830 under the name of Goschler Frères, and which gained fame with the trademark “Urania”, was for a time managed by Charles Picard, the then president of the Jewish community in Bienne. Léon Lévy, one of eight children born to Gaspard Lévy in Hégenheim, created his own company in Bienne in 1883: Léon Lévy et Frères. Three years later, the company employed 700 people and manufactured complete watches. In 1905, it opened a factory in Moutier. This was dedicated to developing the Pierce brand which, until its demise in 1980, specialised in automatic watches, which have a weight moving parallel to the mechanism, chronographs and complete calendar and moon phase watches. Fritz Meyer founded his first company in Solothurn in 1888 and then, in association with Johann Stüdeli (Editor’s Note: great great grandfather of Serge Maillard, current CEO of Europa Star), a second company called Meyer & Stüdeli AG in 1905. The first calibres were called Médana and Roamer. The latter gradually replaced the original name of the company, which became Roamer Watch Co SA.

A large number of companies founded by Jewish watchmakers have had to be left out of this brief retrospective. For example: Auréole Watch Cie, created by Philidor Wolf, Homis Watch by Schymanski, a family of Polish emigrants, and the Nathan Weil watchmaking manufacture, which in 1913 launched the very first “chronograph counter wristwatches” – or split-seconds chronographs. Whether still in business or consigned to oblivion, all contributed to the development of industrial Swiss watchmaking just as much as the artisanal watchmaking workshops founded before them by Protestants, and whose history is far better known.