The “Beijing” and Fiyta signed a partnership agreement in October 2016 that could spawn the very best of Chinese watchmaking. An interview with the new director of the Beijing Watch Factory, Mr. ChuangYue Xu (徐创越).

The “Beijing” and Fiyta signed a partnership agreement in October 2016 that could spawn the very best of Chinese watchmaking. An interview with the new director of the Beijing Watch Factory, Mr. ChuangYue Xu (徐创越).
F

iyta is the internationally best-known Chinese watch brand; it has been the official timekeeper of the Chinese Space Agency since 2003 and an exhibitor in the prestigious Hall 1 at Baselworld since 2010. It is also a leader in terms of sales volumes and one of the most avant-garde brands in terms of design. The only downside is that it has always contented itself with foreign calibres. In complete contrast, the venerable Beijing Watch Factory (see August-September 2011 issue of Europa Star) is Chinese to the tips of its second hands: all its mechanical and automatic movements and grand complications are made entirely in-house! 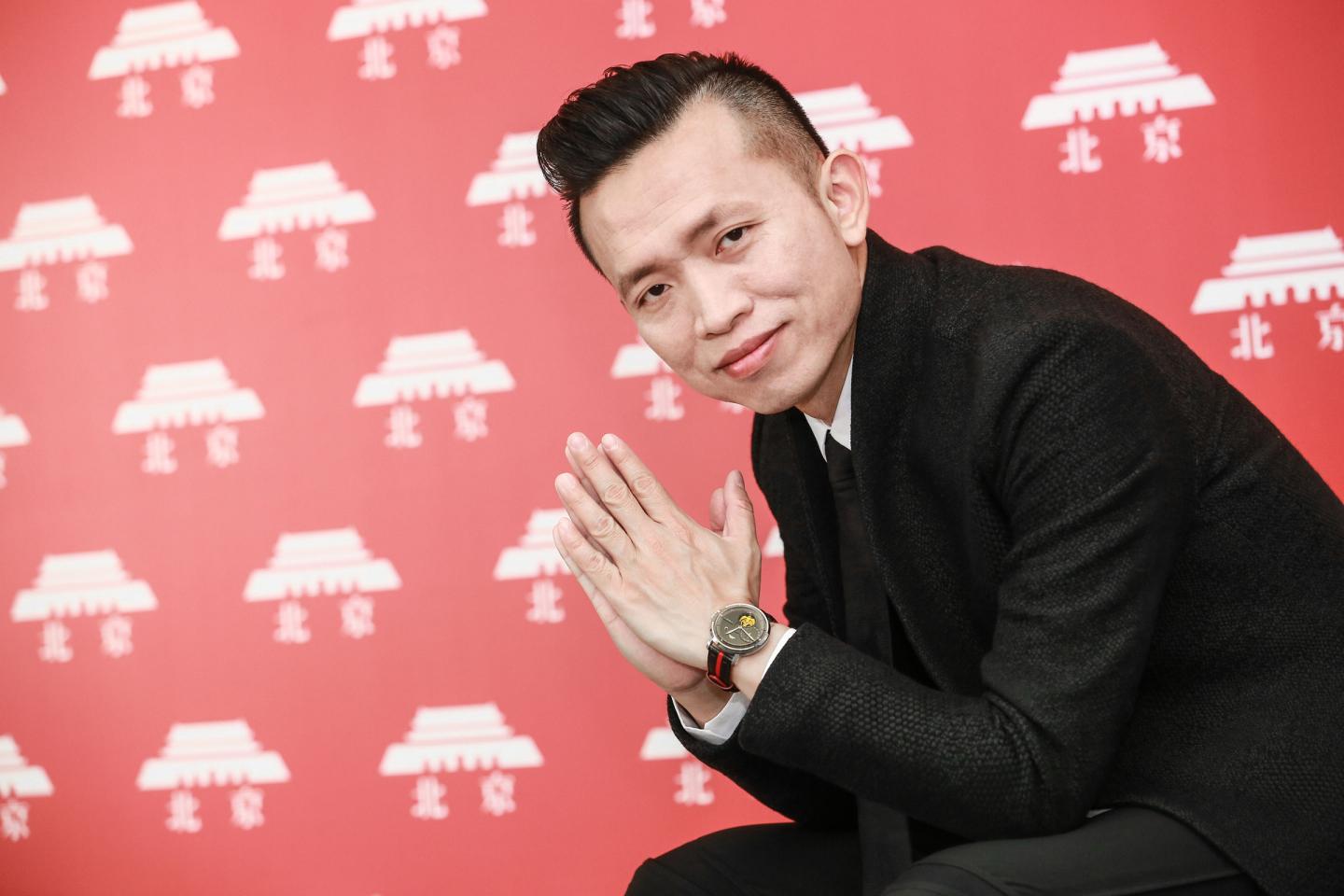 What is the advantage for the Beijing Watch Factory of this partnership with Fiyta?

ChuangYue Xu: In the first place, the ‘Beijing’ benefits from Fiyta’s tentacular distribution network (editor’s note: the Harmony distribution network). Secondly, the marketing, and above all the design, will be done at Fiyta from now on. That means the ‘Beijing’ can concentrate on its core business: manufacturing movements. Even our enamelled or embroidered dials are made externally, but by artists in the city of Beijing.

On our visit in 2011, the hands and cases were also made in-house, isn’t that the case anymore?

No! For questions of both cost and quality. The cases are machined in the southern province of Guangdong, by a quality supplier.

Until now, the ‘Beijing’ was a brand aimed at a Chinese elite. Looking at this new collection, we were surprised to see young, bold designs. Is the ‘Beijing’ targeting a broader public?

Indeed, the new collection is priced at between 2,000 and 3,000 yuan (300 to 450 Swiss francs). Even in our collection of tourbillons, we’re launching new, very Chinese-style timepieces, with a steel case but not an enamelled dial, priced in the 2,500-4,000 yuan range. The average boutique price of a Beijing watch now is 3,500 yuan (520 francs). Maybe we’re positioned too low, because lots of customers are surprised.

Be careful, that’s one of the problems in China. A lower price suggests lower quality!

True, especially for grand complications. “How can you sell a tourbillon at this price, when they’re unaffordable in international brands?” our customers ask us, suspecting dubious quality. One reason is that we have control over the technical aspects and secondly, we’re now targeting a younger, less well-off customer base.

In 2015, we designed a new tourbillon calibre, the TB10, which has the particularity of being only 2.8 mm thick. It’s the thinnest Chinese-produced watch and the second-thinnest in the world. The reliability phase is just finishing now.

When we visited your factory in 2011, the machine tools were Swiss and very old. Is that still the case in 2017?

Many machines date from the 1960s, it’s true. But as you know, the market for movements is in bad shape, which is putting a brake on the renewal and modernisation of our machinery. But for the parts that need CNC machines, we use those of Fiyta, in Shenzhen. In fact that’s one of the advantages of our collaboration.

The new collection is audacious in design. Is that due to the influence of Fiyta, which is a reference in design terms and even holds competitions?

Yes, we’ve set up a team of designers in Fiyta’s style studio dedicated exclusively to Beijing Watch Factory watches. Perhaps this first collection is largely inspired by the Fiyta style, because our designers haven’t yet entirely understood the DNA of the Beijing Watch Factory. But the direction is clear – we want our watches to breathe Chinese culture. I promise you that we’ll be launching some very Chinese models before the year is out.

And what about Fiyta: will they be using Beijing-brand Chinese movements under the partnership agreement?

That’s the aim, but for the moment, Fiyta can’t do without its Miyota and ETA movements; our calibres haven’t attained that level of quality yet. Our SB1, SB11 and SB16 automatic movements haven’t yet reached the standard of ETA, but they’re progressing.

It’s very difficult, because you have to change work habits along the entire production chain. And then there’s the industrial equipment, which would require huge investment. And since the movement trade is sluggish at the moment, the Chinese brands aren’t able to invest in movement technology.

Sea-Gull brandishes the same arguments of unreliable movements, but is shelling out for a gigantic new factory in the industrial zone of Tianjin rather than investing in movement quality. Isn’t that the real problem of Chinese industry, investing in the form rather than the heart of the problem?

I think the real problem lies in employee training. We don’t have advanced training structures like you. So skills don’t improve much. The problem is that, above all; not so much financial or material. What’s more, this training problem affects the entire hierarchy, from the boss to the shop-floor worker. And then there’s a market for cheap movements. If we raised the standard of quality to that of Miyota, we might have to cut production by four-fifths! As far as we’re concerned, we’ve stopped producing low-quality movements during these past two years. But the Beijing Watch Factory can make that change, given its relatively small size.

THE WATCH FILE Beyond mass production, an ecosystem of independent watchmakers has emerged in the Shenzhen area. Several of these craftsmen have joined the renowned (...)

THE WATCH FILE Some big names in luxury have already tried to launch Chinese avatars and had their noses bloodied. The obstacles are formidable. Startup Atelier Wen is (...)