At the age of 32, Hublot’s former regional manager for the Middle East is taking the reins of the unconventional brand RJ, with the intention of developing a core collection for the brand best known for its limited series and partnerships with household names such as Titanic or Batman.

At the age of 32, Hublot’s former regional manager for the Middle East is taking the reins of the unconventional brand RJ, with the intention of developing a core collection for the brand best known for its limited series and partnerships with household names such as Titanic or Batman.
A

t just 32, Marco Tedeschi is probably one of the youngest directors in the watchmaking world today. However, he already has eleven years of accomplished experience gained at Hublot, where he became a member of the executive committee at the age of 22. "I have been fortunate to always have worked with visionaries who consider that age is just a number," he says. Indeed, at Hublot, Marco Tedeschi initially worked as a product manager for nearly five years before being named regional director of the Middle East and Africa.

A young director, then, for a brand that is very young at heart, with a clientele in turn just as young as – or younger than – the new head of the company. His principal aim is to build the company a backbone: the first RJ core collection. The brand currently produces some thousand pieces per year. Ideally, he also aims to develop the brand in Switzerland and the Middle East, two markets that he knows well. 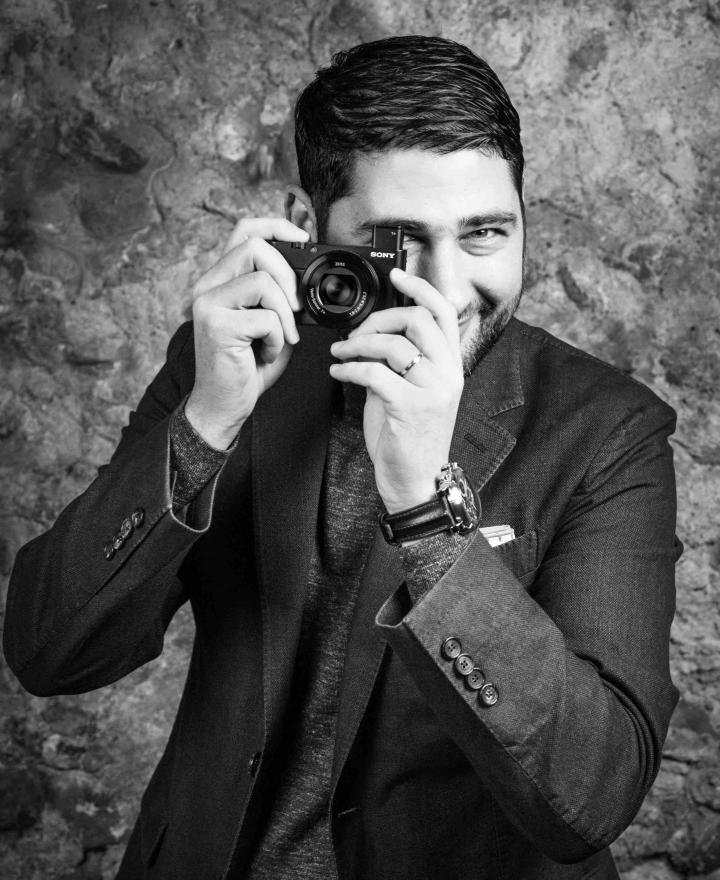 HIS CAREER: A VERY EARLY START

After eleven years with Hublot, you are still in the ultra-contemporary world with RJ. However, you are leaving a big company for one that’s more like a start-up…

Truthfully, I am quite familiar with the spirit of small organisations, since when I got my start at Hublot, there were just 40 employees (editor’s note: there are more than 500 today), including the production staff, so it was the size of a start-up, too.

How did that come to pass?

When Jean-Claude Biver recruited me, I had not yet graduated from engineering school. During my second year, I developed a single-axis watch movement concept. I patented the model, and then I went to present it to Mr Biver, who wished to hire me immediately following our interview!

I could not refuse such an offer, but I really wanted to finish my studies. I began working at Hublot six months later. 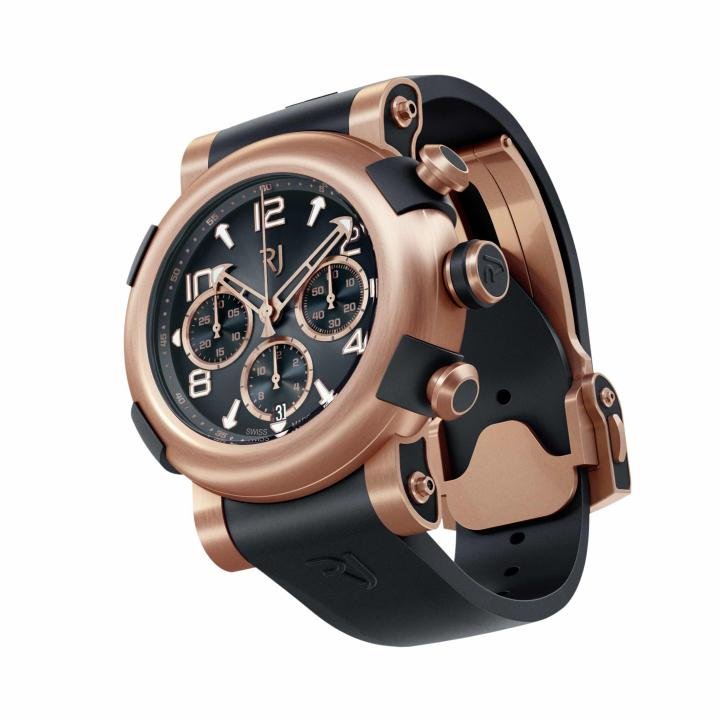 Was the movement that you developed during your studies ever used?

In the end, it was not. But I was fortunate to join a brand with the ambition of creating in-house movements. In this context, I created a technical office. After working for several years in the design and product department, I was promoted to regional director of the Middle East and Africa in 2011. With these new responsibilities, I discovered a new facet of the industry.

Within six years, the subsidiary managed to double its turnover, namely through the opening of a number of points of sale and precisely targeted marketing actions such as the creation of an Instagram account in Arabic to appeal to the local culture. We were the first luxury company to do such a thing.

Which brings us to another subject: the owners of RJ are Saudis. Was your knowledge of the Arab world one of the key factors in your appointment?

It probably helped, yes. I think that my product expertise and the diversity of my career – including key positions involving products, sales and marketing – were determining criteria. 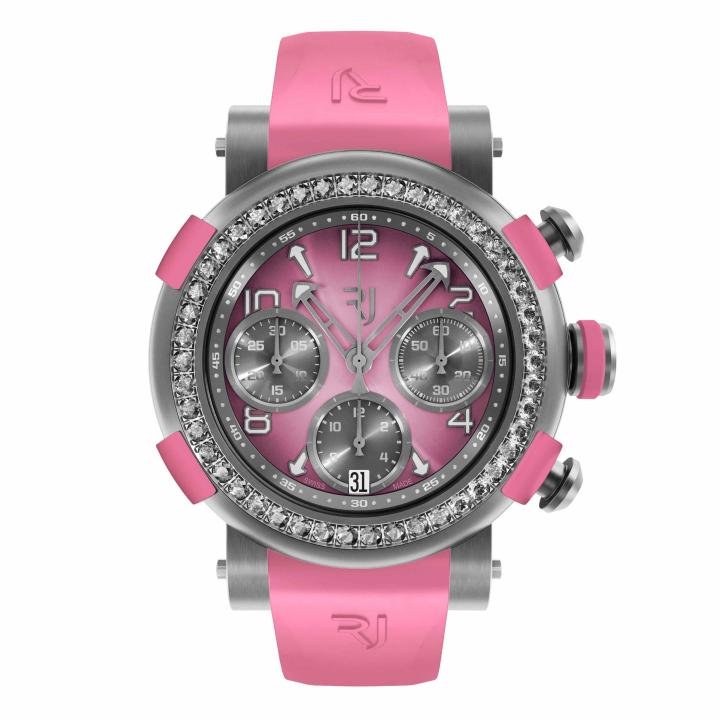 The brand has gone through two very distinct periods. The first – Steampunk – era of Yvan Arpa, focusing on the integration of “raw” materials with the Titanic model; and that of Manuel Emch, bringing in Pop Art through a number of collaborations with leaders in the entertainment industry. These two identities coexist within RJ. How are you going to manage them?

We are going to maintain them. We have a loyal client base with certain collectors who, today, possess more than a dozen pieces each. I have been following the brand since its beginnings, and I appreciate its unconventional side compared to other watchmakers. In my view, the Titanic model truly represents the brand’s DNA, with its side prongs, arrow-shaped hands and very characteristic horn shape.

Limited series or partnerships generally translate into high prices. Will your new collection be more affordable?

The low end of this new collection will be sold at under 10,000 francs, whereas the average price today is somewhere between 15,000 and 20,000 francs.

We are going to begin with chronograph functions, and later we will enrich the collections with animations and complications. One of my first decisions, in fact, was to place a new director in charge of the product department: a movement specialist who has worked at Vacheron Constantin, Roger Dubuis and Hysek. We are planning on launching our first module in 2019 and a first in-house movement in 2020. It is essential to create an in-house movement in order to develop our creativity. And this approach is even more important in view of the current context. 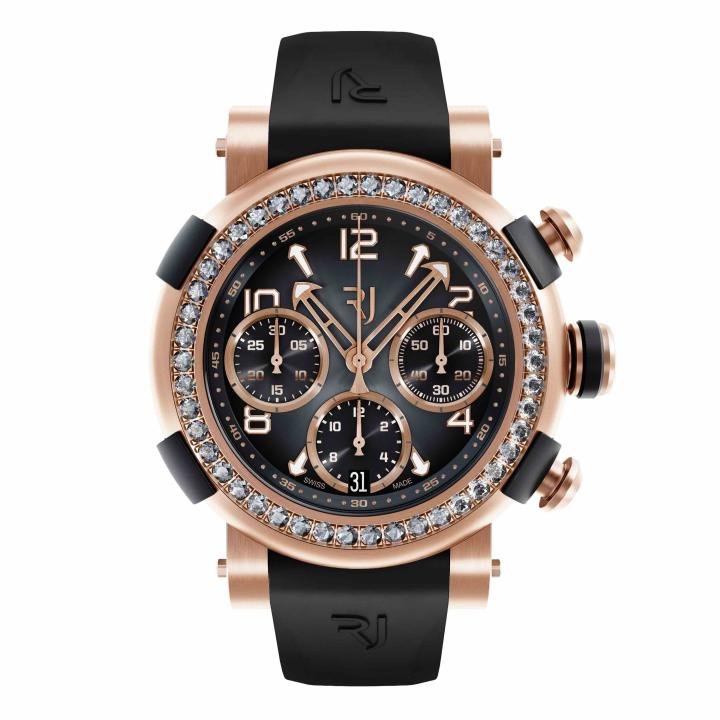 RJ has two particularly strong markets: Mexico and Japan. Which market are you aiming for with this new collection?

Our principal mission in 2018, of course, is to continue to maintain our two leading markets. However, we would like to reinforce our presence in the Middle East, a market that I am very familiar with, and in which I have managed to establish good contacts. In fact, I found some of my former clients at RJ. In parallel, the objective is to develop the markets in Switzerland and Europe, because if we hope to have a strong presence throughout the world, we need to start with strength at home.

We are also investing in e-commerce. Nevertheless, retailers still play an important role for us, since they have in-depth knowledge of the local clientèle. And that is why, with the downturn in the watchmaking market, some – like Ahmed Seddiqi & Sons – proved more resilient than single-brand retailers.

What would the ideal partners be for an atypical brand such as RJ?

Above all, we wish to reinforce our relations with respectful, innovative, solid retailers. We also wish to increase our presence through concept stores, which are perfectly suited to RJ, and through brands whose clientele does not necessarily correspond with that of traditional watch boutiques. For example, we were present at Colette until last December, when the store closed down. It is also essential to seek out the direct client through a variety of channels, such as collectors’ dinners, in order to form a local community of specialised aficionados over the long term.