Carl Suchy & Söhne was Austria’s leading watchmaking during the 19th century. Entrepreneur Robert Punkenhofer has decided to revive it. To fulfil his mission, he is counting on the advice of his mentor, Nestlé’s former Austrian boss Peter Brabeck-Letmathe. We met over a Wiener schnitzel.

Carl Suchy & Söhne was Austria’s leading watchmaking during the 19th century. Entrepreneur Robert Punkenhofer has decided to revive it. To fulfil his mission, he is counting on the advice of his mentor, Nestlé’s former Austrian boss Peter Brabeck-Letmathe. We met over a Wiener schnitzel.
“H

e manages the company and I help him as a mentor whenever he has strategic questions,” says Peter Brabeck-Letmathe. The former boss of Nestlé plays the modesty card when talking about his commitment to Robert Punkenhofer, head of the Austrian watch start-up Carl Suchy & Söhne.

It is an emotional commitment for Brabeck-Letmathe, who had left his native Austria in the 1970s: “I was looking for a way to reconnect with my country of origin,” he explains. This project, which aims to revive the glory of a 19th century Austrian master watchmaker, is linked to a lesser-known part of the country’s history, when one of its nationals managed to compete with the all-powerful Swiss and British watchmakers. 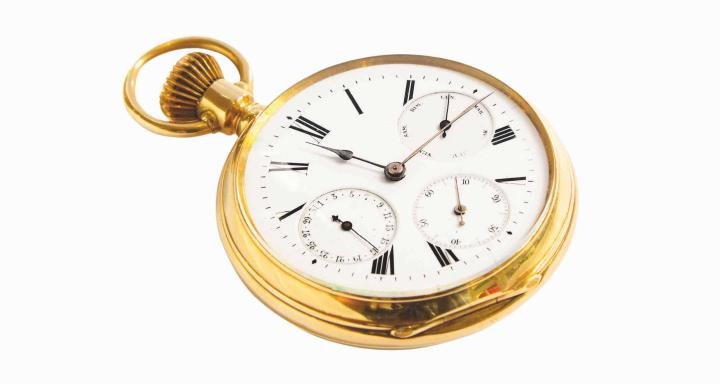 Peter Brabeck-Letmathe already had one foot in watchmaking, as an investor in the Swiss high-tech watch company HYT, which produces pieces that indicate the passing of time using fluids instead of traditional hands. “I was attracted by the technology used by HYT, which has hitherto been applied to watchmaking, but whose potential goes far beyond that,” says the 73-year-old businessman. 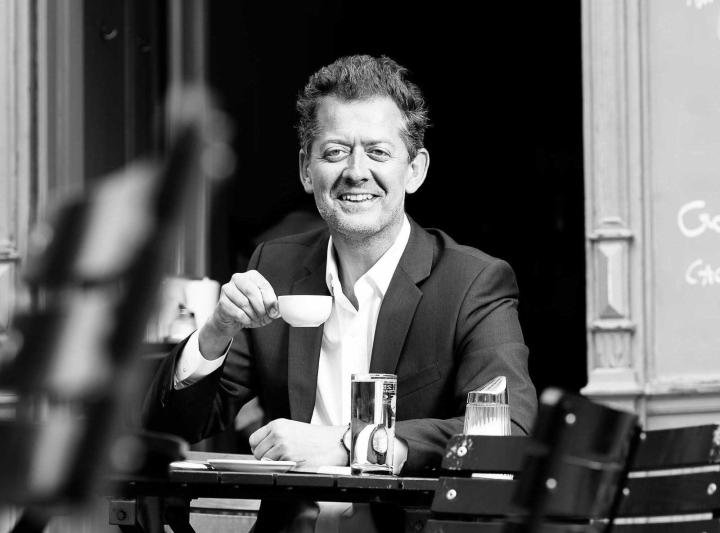 Active in a very particular niche, Robert Punkenhofer has set himself the mission of restoring the panache of Carl Suchy, whose brand lasted until 1918 and the fall of the Austro-Hungarian Empire.

“Carl Suchy was one of the greatest watchmakers of his time. He was even appointed by the Austrian Emperor Franz Joseph,” explains Robert Punkenhofer. “He started from zero and set up one of the most respected companies of his time. He was actually ahead of his time: while everyone nowadays talks about corporate social responsibility, he was very socially committed and founded among other things the Vienna Fire Brigade.”

In 1822, Austrian watchmaker Carl Suchy opened his first boutique in Prague at the age of 26. Due to his technically advanced products, which matched the market-leading English and Swiss models, he quickly gained success and received multiple awards. By 1838, after having been appointed “Purveyor to the Imperial Court” in 1835, Carl Suchy employed forty people and had established a reputation that extended well beyond the borders of the Habsburg Empire. The watches produced by the Austrian manufacture and, from 1852 on, its Swiss annex based in La Chaux-de-Fonds, were honoured at the World Fairs in Paris, London, and Vienna. 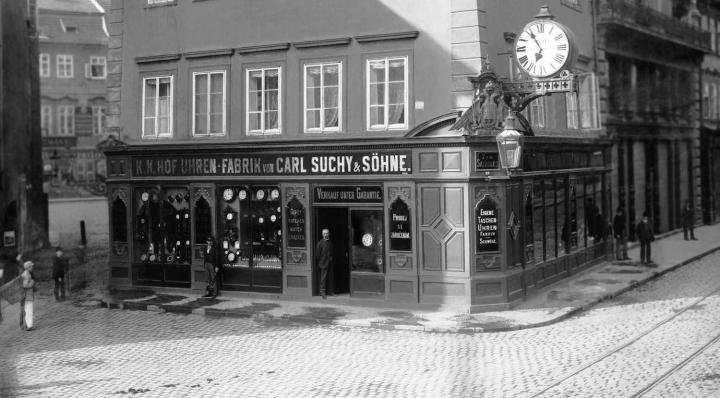 It was during the Milan Biennale that Robert Punkenhofer, an internationally renowned art and design specialist (see his impressive Mur Insel in Graz, created in collaboration with New York-based artist Vito Acconci), discovered Carl Suchy’s story: “I immersed myself in the archives in Vienna and Prague. His letters of recommendation are remarkable. I gathered documentation to relaunch the brand, which was fortunately free of rights.” The entrepreneur took ownership of the brand in 2017. 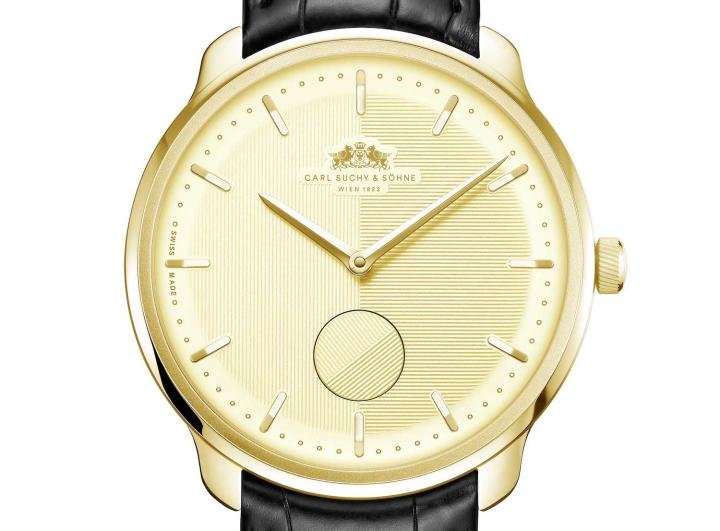 The Waltz N°1 in gold 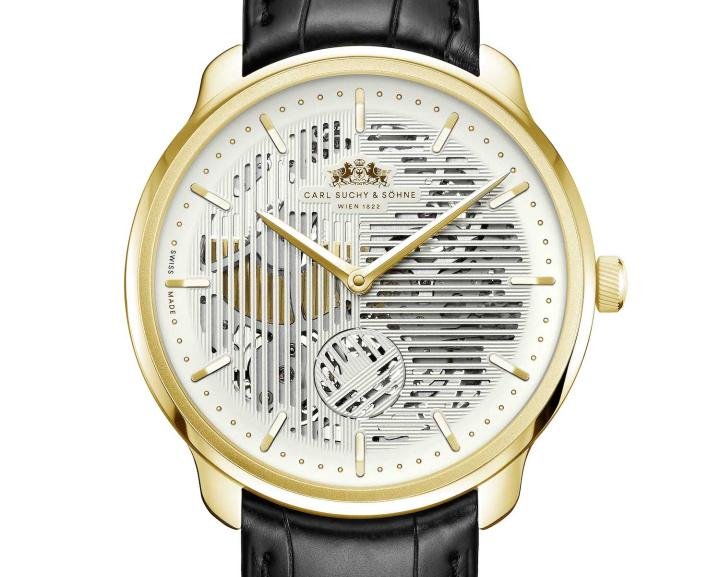 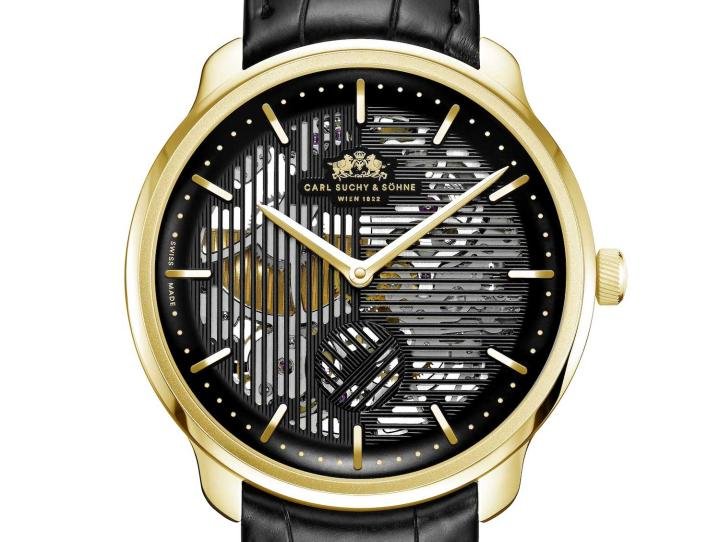 Looking for a partner to accompany him in this adventure, he thought of Peter Brabeck-Letmathe: “On the one hand he is one of Austria’s leading businessmen, and on the other hand he had already invested in a watch brand. I wrote to him and we met at the Sacher Hotel in Vienna. That’s how it started.” It is easy to suppose that the involvement of the former Nestlé boss helps to give credibility to the project. 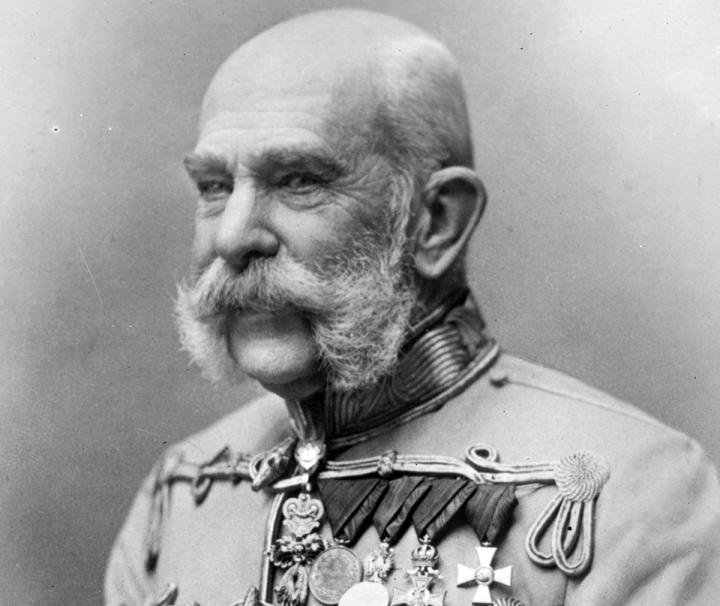 The Austrian Emperor Franz Joseph was one of Carl Suchy & Söhne’s clients...

The brand started in 2017 with a first series of 22 watches produced in collaboration with Vaucher Manufacture. The Waltz N°1 is inspired by the avant-garde and minimalist style of the Austrian architect Adolf Loos. It is equipped with the ultra-thin automatic movement VMF 5401, and has been modified by the Swiss watchmaker Marc Jenni – an advocate of sober aesthetics and a former member of the Académie Horlogère des Créateurs Indépendants (AHCI) – to incorporate a rotating seconds disc at 6 o’clock. Its striped guilloché pattern aligns with that of the dial once a minute.

“Our concept is that only the seconds count,” explains Robert Punkenhofer. “The small seconds counter gives a particular feeling, a different relationship to time, associated with a sophisticated aesthetic.” 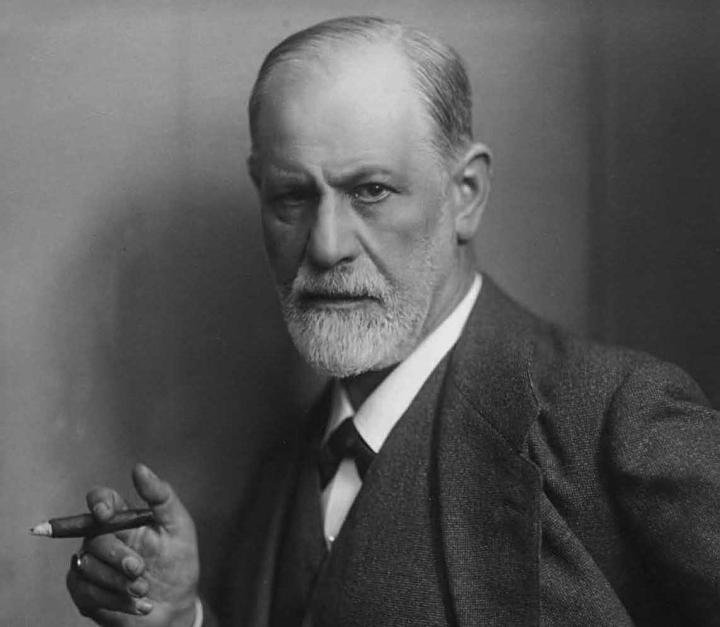 ...as was Sigmund Freud

Introduced in Basel in 2018, the Waltz N°1 Skeleton is the skeletonised version of the brand’s bestseller. It is inspired by the two pillars of the Viennese art of living in the early twentieth century: the famous coffee houses of the Austrian capital, and the sumptuous balls held at the Imperial Court. Honouring this period of intellectual and artistic effervescence, when time was of little concern, the openworked rotating disc at 6 o’clock represents the soothing movement of a Viennese Waltz. The model was selected to compete at the Grand Prix d’Horlogerie de Genève in the Craftsmanship category, and was a finalist for the Swiss Design Awards.

This year, the brand is expanding and enhancing its collections with gold versions of the Waltz N°1 and Waltz N°1 Skeleton, as well as a Grey Slate stainless steel version. Prices range from 8,500 euros for the steel model to 38,000 euros for the gold skeleton model.

The brand started with direct sales but is now in the process of building up its retail network. “We are well aware that we are positioned in a niche, with our particular design, a Viennese touch,” explains Robert Punkenhofer.

What about the future? “I just showed Mr. Brabeck some sketches of a clock. Of course, the reference we all know is the Atmos by Jaeger-LeCoultre. The movement would be designed completely in-house for the first time, crafted by our watchmaker in Vienna, who was trained at the technical school founded by Emperor Franz Joseph himself.”

“The mid-range segment is going to suffer”

Three questions for Peter Brabeck-Letmathe, former boss of Nestlé, about the watch industry

What is your view of today’s watch industry?

The watch industry has moved from functionality to emotion. For pure functionality, the connected watch can meet the demand. Today, all objects are connected. Functionality is the connection. Carl Suchy & Söhne is in a completely different realm: the mechanical art of watchmaking. These are two very different worlds, and I think it is the sector that lies in between, the traditional mid-range watch segment, that will suffer the most. We can clearly see the same polarisation at work in the beverage and food industries, between a very high-tech industry and the mass-market standard.

“The watch industry has moved from functionality to emotion. For pure functionality, the connected watch can meet the demand.”

Do you have a golden rule in terms of business?

The first rule is that of consistency. Even if it doesn’t work right away. It took us 15 years to really launch the Nespresso capsules, and some continued to be sceptical all along!

How does this apply to Carl Suchy & Söhne?

It’s the same in watchmaking: the retailer wants to sell, of course. But we must be consistent and demanding to work over the long term. We must be clear about our objectives. We don’t think in terms of volumes. Volume is the result of the strategy. And if we reduce the price to create greater volume, what would the existing customers say? It would kill the brand. We are not under pressure. Our limited production gives us a form of flexibility.