The biennial auction is the watch industry’s single most high-profile charity event. Generous acts from renowned watchmakers have helped raise over 40 million Swiss francs. Beyond the one-off timepieces that attract the world’s attention, much is out of public scrutiny. What goes on behind the curtains? Sky Sit uncovers an untold story.

The biennial auction is the watch industry’s single most high-profile charity event. Generous acts from renowned watchmakers have helped raise over 40 million Swiss francs. Beyond the one-off timepieces that attract the world’s attention, much is out of public scrutiny. What goes on behind the curtains? Sky Sit uncovers an untold story.
E

arlier this year, the world’s most expensive treatment on the market supplied by Swiss drug maker Novartis captured news headlines, and a corporate scandal was swiftly exposed. With a price tag of $2.1 million for a single treatment, it also brought to light the astronomical costs of a host of drugs and therapies for rare neuromuscular disorders, or other life-threatening genetic conditions.

One such condition that requires intensive research and funding for clinical care and treatments is Duchenne Muscular Dystrophy (DMD). This degenerative muscular disease devastates one in 3,000 male births on the planet. It is also the reason Only Watch exists.

As a non-profit mission, Only Watch is the financing vehicle for Association Monégasque contre les Myopathies (AMM). A Monaco-based European charity, AMM was created by parents of DMD children sufferers, to support scientific and medical research to combat the disease. To this end, AMM has formed two biotech start-ups dedicated to drug discovery and preclinical development.

It all sounds suitably well-structured, given that AMM’s President and Only Watch’s founder is former CEO of the Monaco Yacht Show, Luc Pettavino. Pettavino’s son Paul was one of the afflicted and sadly passed away in 2016 at the age of 21. Compelled by a deeply inspiring cause, Pettavino orchestrates a lean operation for key partners and donors to volunteer their respective expertise. 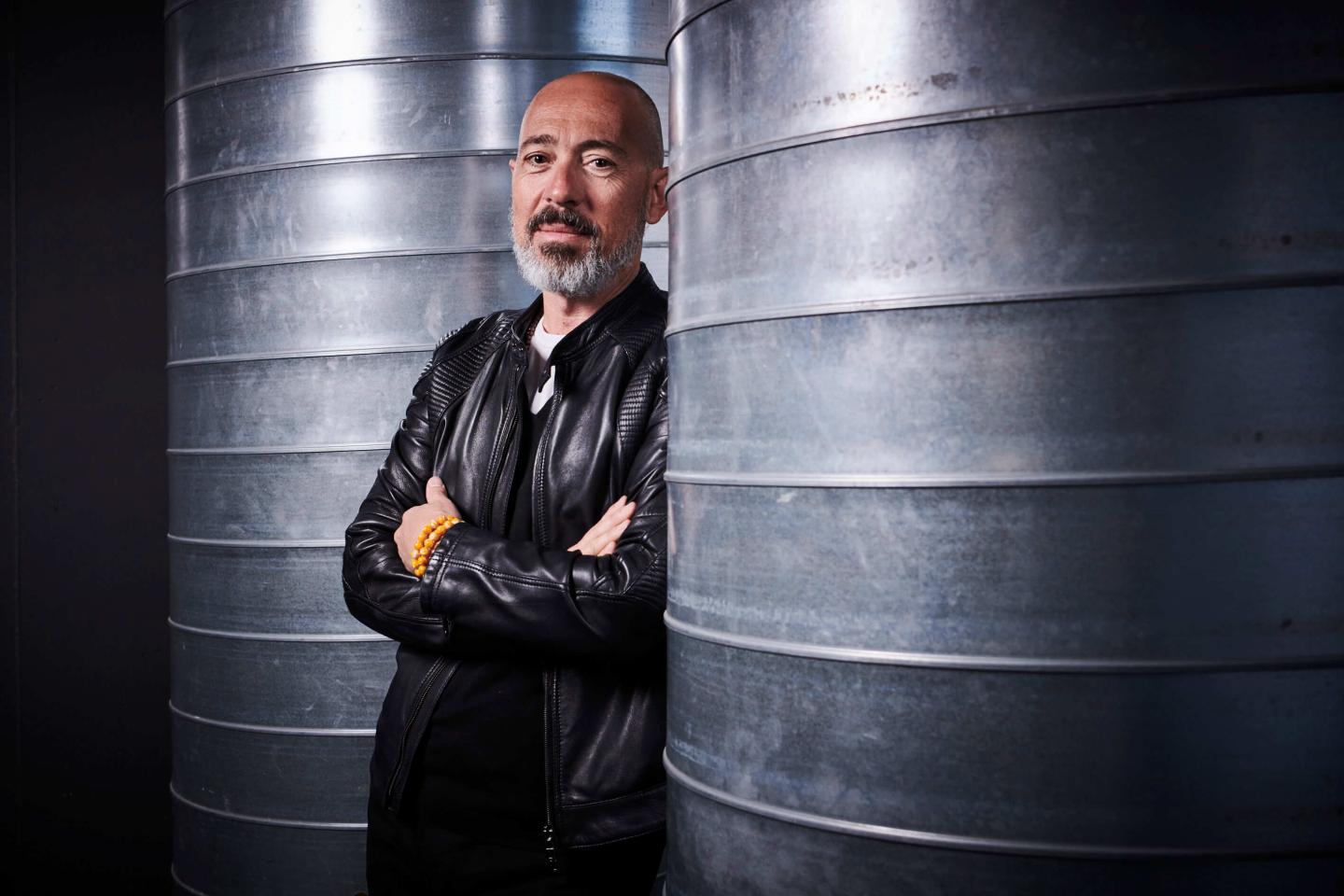 Considering his high-octane career, one may conveniently assume there is an army on demand to organise the event. In fact, Pettavino says there are only two foot soldiers in the Only Watch team, himself included. The simplicity and frugality (he works pro bono, amongst other things) have kept the administration and running costs to a minimum, and allowed 99% of the proceeds going towards research projects.

That also counts on the voluntary involvements of Christie’s as the official auctioneer, Air France as the official carrier, Ferrari Group providing logistics services, and a long list of distinguished supporters. For the second time, Christie’s will be conducting the sales with no buyers’ premium and no reserve on the watches. And Pettavino takes nothing for granted, “It is very important for me to acknowledge how big of an effort this is for everyone. It does not happen overnight, magically. Our supporters mobilise a lot of energy and a lot of resources on this project. We are infinitely grateful.”

Is it easy to manage all their demands in return and deal with the egos? To the dismay of the cynic perhaps, there is none of that. Those who want in willingly come forth with the right “energy” to do good, a word Pettavino uses liberally. And the way he executes is akin to a symphony, “I believe my role here is that I give everyone the right perception, put them in the right conditions, combine the right specialists to conduct a beautiful performance. So, no ego and a lot of trust from all parties, as there are no contracts to formalise our ties on Only Watch.” 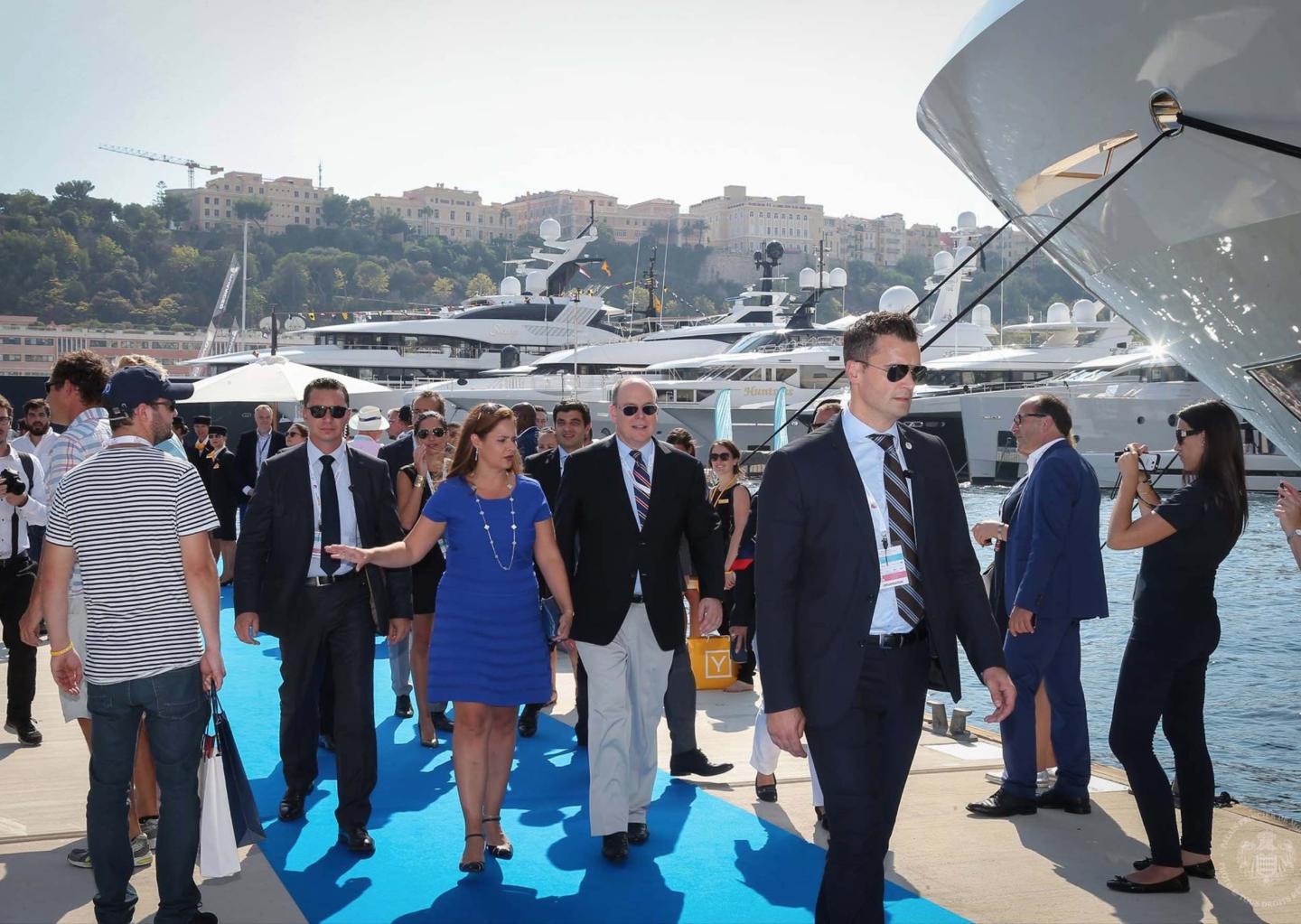 No one acts up, not even such headline names as HSH Prince Albert II of Monaco, Patek Philippe, F.P. Journe, and Richard Mille. Without doubt the prestigious line-up lends legitimacy to the initiative, while the Monaco Yacht Show warrants exposure to the world of the ultra-rich by hosting the presale roadshow opening. The publicity garnered is out of this (watch) world. Yet beyond the spectacle and commotion, what happens to the funds has largely been out of public scrutiny. Is there any real work being done after the curtain falls?

When probed for specifics, Pettavino was genuinely explicit and keen to offer transparency. Since our interview in July, Only Watch has also elaborated in much more detail on the efforts of the Scientific Research on the official website and in their sales catalogue. At the think-tank level, twice a year, AMM organises roundtables in Monaco to initiate international collaborative efforts (ICE): with medical and academic authorities on DMD in Europe assembling in a consortium to steer the research progress. 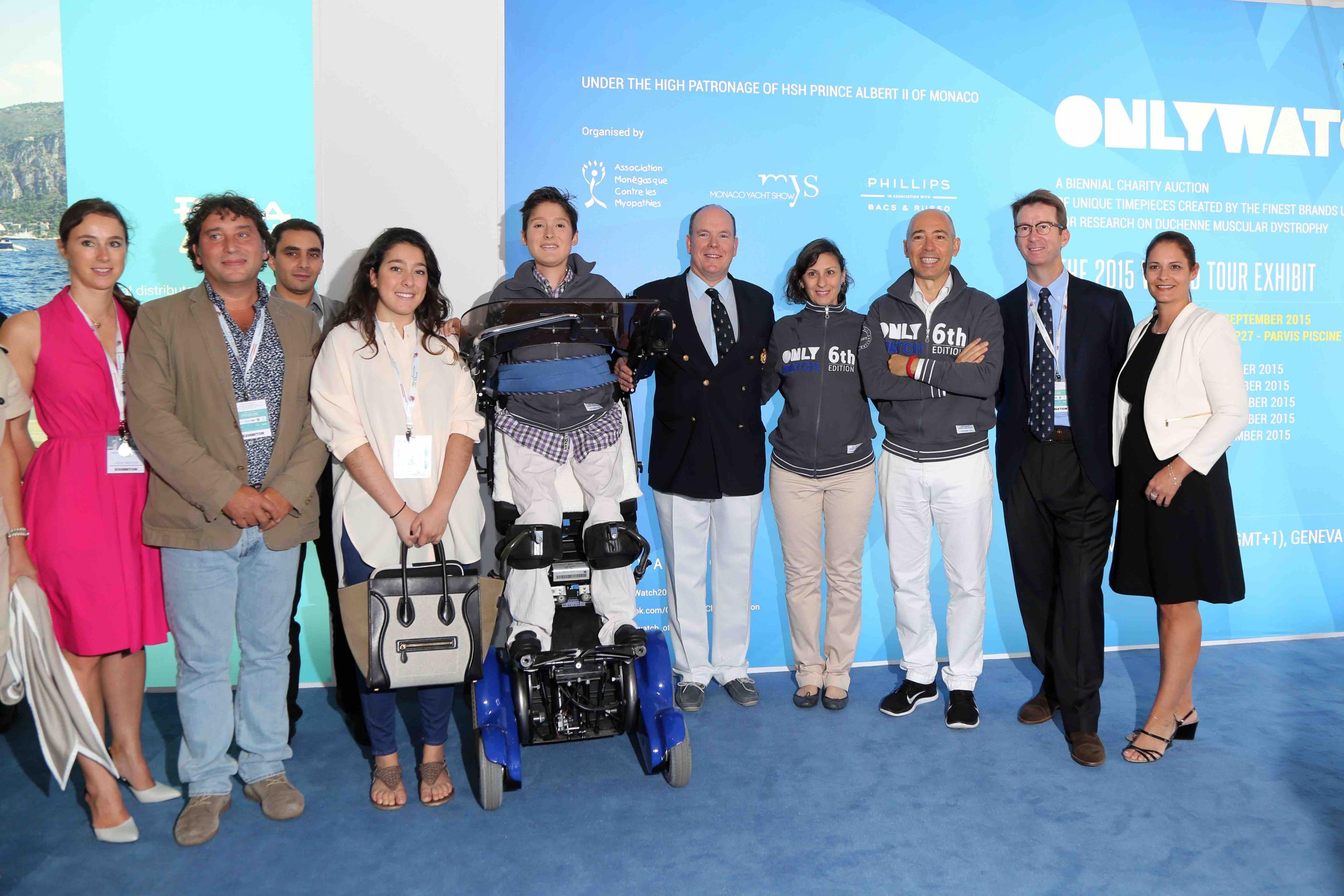 At the field level, for the last 15 years, AMM has sponsored many forefront research laboratories worldwide “to synthesise a cure or a treatment that could be offered to organisations that need it, funded by the charity.” That means, they cherry-pick scientific and medical efforts that have a sole purpose to serve the patients. They even cover the costs of the treatments for those who may not have the means. This certainly sounds like a grand gesture in light of the profiteering exposé on private drug companies.

AMM feels highly dignified to be an independent entity. While there are other DMD programs around the world, with some well-connected and others long-established in the US, the autonomy of AMM operating in Europe means they can be nimble in responding to drug development requests. “When there’s a good idea from the labs or in the field, and patients are waiting, we can act fast. We can provide a kind of an emergency fund to support and accelerate research breakthroughs,’ says Luis Garcia, Scientiﬁc Advisor of AMM and Director of Research CNRS, who has been an authority in the field for 20 years. 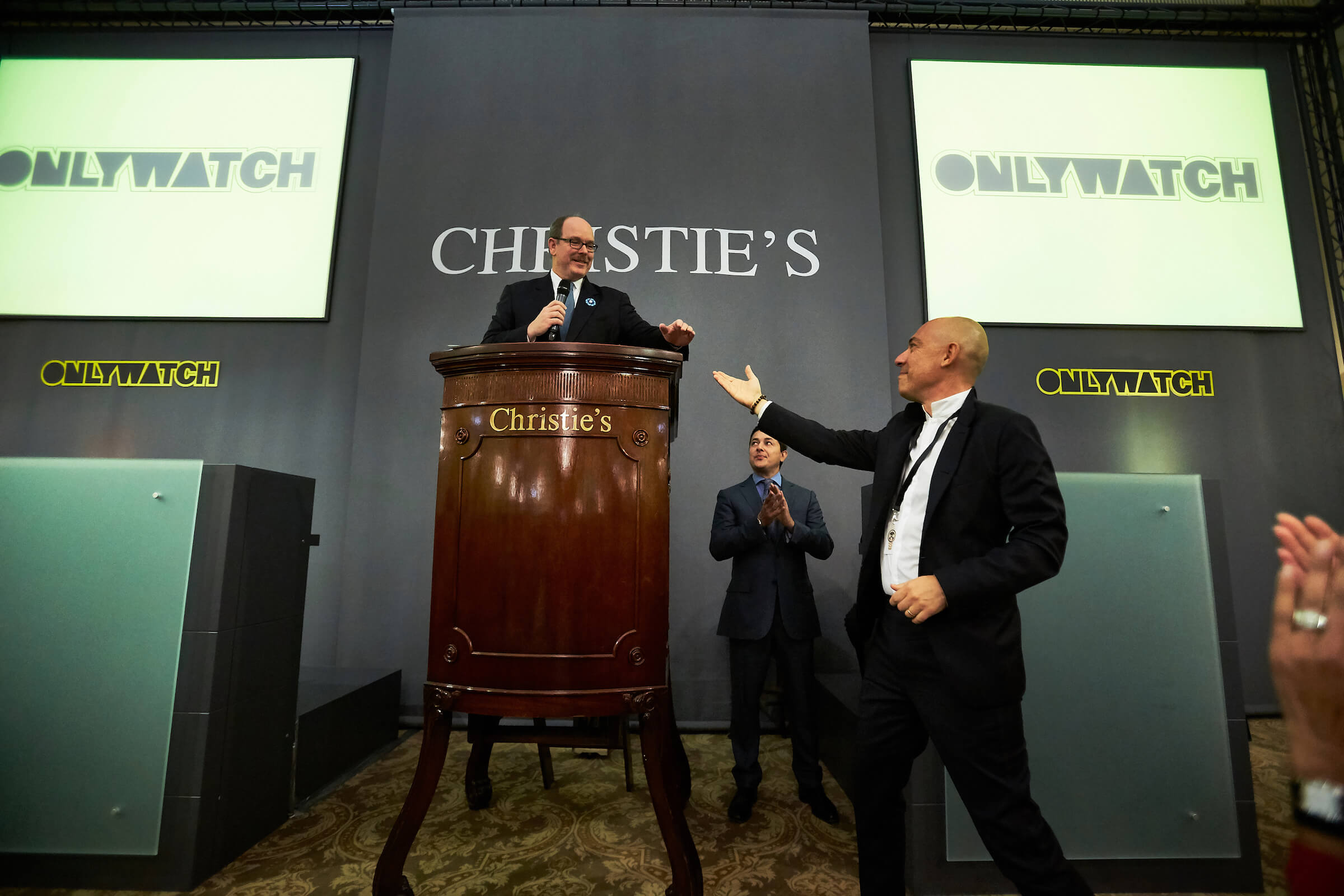 Since its inaugural auction in 2005, after seven Only Watch editions, over 40 million Swiss francs (about $40m) has been raised. Snowballing into the scale it is today, each edition has achieved a higher result than the previous one. To look deeper beneath the numbers, does the accomplishment amount to any meaningful impact? How far along are we into the long costly road to finding a cure?

“The progress has been spectacular,” according to Garcia. The funds have helped facilitate concrete results within a few short years. They have enabled the discovery of a novel compound that shows early signs in preclinical trials of rescuing the corrupted gene that causes DMD.

AMM supports an alliance of “public and private laboratories focused on the development of new therapeutic approaches such as gene therapy, cell therapy and repair of mutated nucleic acids, in particular by modulating mRNA splicing. Some of these approaches have already been successfully evaluated in patients.”

Moving forward, as the gene manipulation treatment is proven, the regulatory steps will follow. There is also the need of removing toxicity to a safe level for clinical use to treat patients. This would require at least €10 million, and another year down the road. “Thanks to the funds generated from Only Watch, the original technologies we develop can work across similar neuromuscular diseases,” Garcia enthuses. The same building blocks can be transposed in systemic treatments for other debilitating conditions that either affect muscles, the central nervous system, or various organs. The impact is excitingly more far-reaching than DMD. 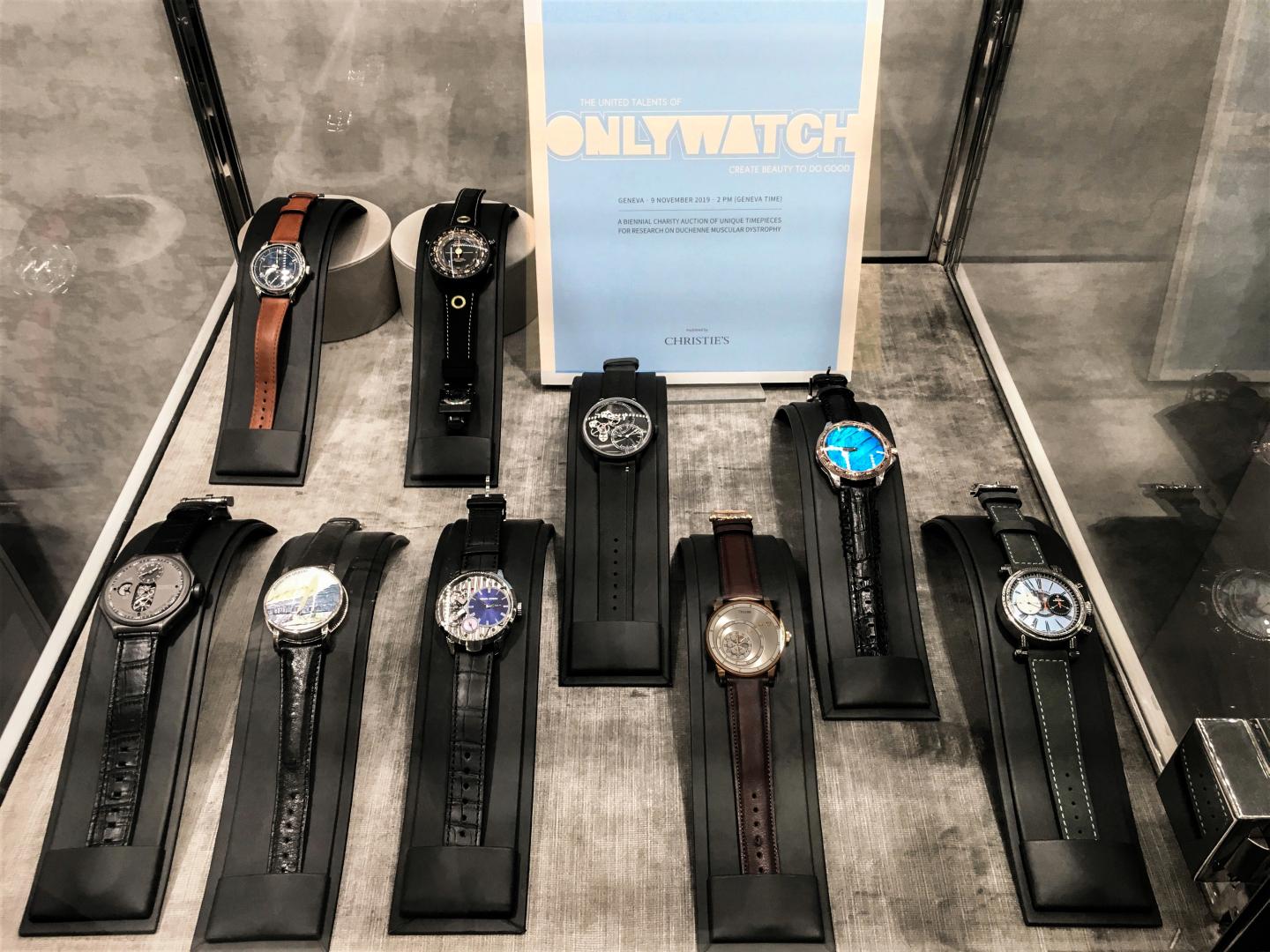 As Only Watch returns to the spotlight in its 8th edition, all eyes are on the 50 unique pieces specially created and donated to the auction by 52 official names. Over two-thirds of them are independent brands, who account for 87% of the total sales estimates (CHF/$ 5-6.6m). It looks set to exceed last edition’s results. Pettavino is at ease with the final figure per se. “Breaking records, finding a cure, making a difference in the life of thousands of people… Because it is what we do!”

The world tour exhibitions will culminate in the Only Watch auction, staged by Christie’s on 9th November in Geneva, Switzerland. Anyone on the exhibition trail can have a rare chance to view the collection.

Sky SIT is the founder of SKOLORR, the curated platform for the pedigreed independent watchmakers. Skolorr is the official partners of Farfetch and Quintessentially, offering fine watches for their tastemakers and coolhunters. Sky has operated at the heart of the Swiss watchmaking industry for a decade. With passion and insider insights, she reveals the fascinating world of Independent Watchmaking from a perspective out-of-the-ordinary.

Who will save King George the Third’s Breguet?

TIME.KEEPER The British government is sounding the alarm: an exceptionally rare example of a Breguet Four Minute Tourbillon watch, owned by King George III and sold at (...)

Phillips Watches: “Most successful year ever” in (...)

THE WATCH FILES The auction house’s horological division declared an annual result of over US$133 million, up 20% from 2019. This result is also “a record for the highest (...)

THE WATCH FILES In the midst of the pandemic, the platform specialising in pre-owned watches has just opened two physical stores, in Paris and Geneva. It is also (...)