Five years after holding its first horological initiation class in Switzerland, the startup can pride itself on having modernised the induction process to watchmaking, and opened it up to a larger audience. Their project strikes a chord at a time when the word “experience” is on everyone’s lips. Initium is hoping for a resurgence in the popularity of its workshops now that the lockdown is being lifted.

Five years after holding its first horological initiation class in Switzerland, the startup can pride itself on having modernised the induction process to watchmaking, and opened it up to a larger audience. Their project strikes a chord at a time when the word “experience” is on everyone’s lips. Initium is hoping for a resurgence in the popularity of its workshops now that the lockdown is being lifted.
I

nitium has successfully completed its initial phase. Founded in Le Noirmont in 2015 by three budding entrepreneurs who had just graduated from the Haute Ecole de Gestion de Fribourg, the company, which specialises in organising watchmaking workshops for the general public, is celebrating its fifth anniversary.

Last year, Gilles Francfort returned to a full-time position at the company he co-founded, after a stint at Audemars Piguet. There, he contributed to the introduction of the “AP Houses” concept around the world. These convivial spaces in the form of contemporary lofts are a far cry from traditional boutiques.

The entrepreneur is enthusiastic: “Making a Swiss made watch, at a time when everyone is talking about experiences, is a very attractive concept for a broad public.” 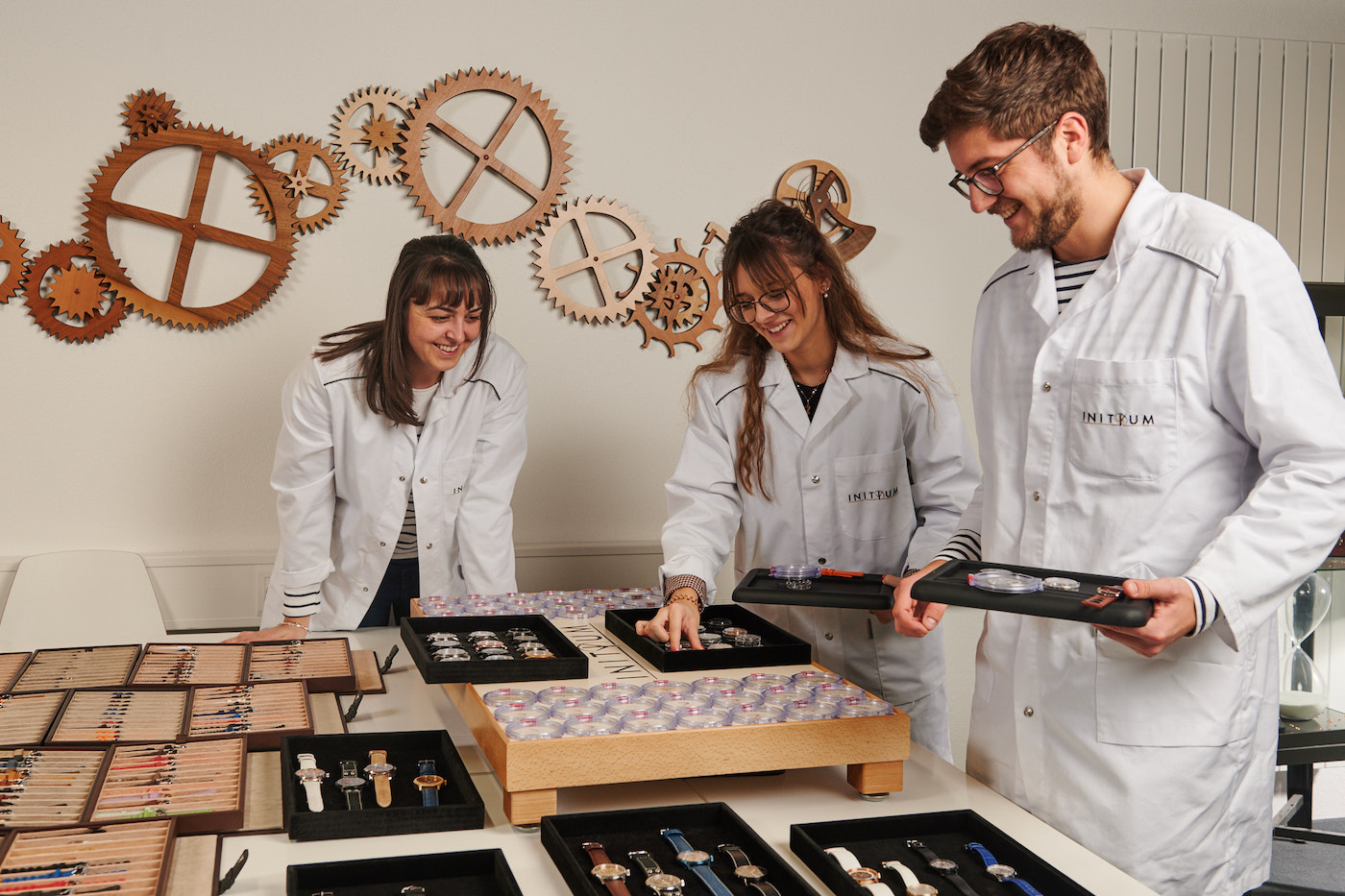 The startup’s programme combines theoretical and practical initiation into watchmaking. More than a thousand participants have so far created their own watches in the Initium workshops.

Workshops like these have existed since the 1970s, but Initium has professionalised the experience by restructuring it and making the most of new means of communication.

Everyone is talking about experiences...

The idea of making your own watch at an introductory workshop is certainly not new. It has been around since the 1970s, and some brands have even specialised in this niche. But Initium has taken the experience into a whole new dimension by structuring it, and using new means of communication, at a time when the mechanical watch is gravitating towards an increasingly “emotional” identity, via the rise of the high-end Swiss timepiece.

Good timing, then. “What convinced us to launch in 2015 was observing the trend towards personalisation, the quest for authenticity and finally the rise of ’do it yourself’, the idea of not just being a spectator but an actor in an experience,” Gilles Francfort points out.

Initium provides access to more than 500,000 possible combinations of components (not counting the strap), which means that every participant can assemble their own unique watch.

Gilles Francfort is a native of the Joux Valley, and his partner Mathieu Gigandet is from the Jura, which means Initium can pride itself on having real watchmaking roots, unlike numerous startups that have to create their own “storytelling” from scratch. Their background also explains the decision to base the company workshops in Le Noirmont in 2015. During their lunch break, participants repair to the Maison Wenger, a culinary institution in the Franches-Montagnes region. In the intervening years, the company has also opened a workshop in Geneva and a franchise near Zurich.

A healthy initiative for the Swiss watch industry

Initium, which employs a network of watchmakers to run its workshops, offers several formats, ranging from a three-hour taster to a full-day experience including the assembly of an automatic (calibre ETA 2892) or manual (calibre Unitas 6497) watch. The courses also include an introduction to the history of watchmaking.

“Although clients leave the class with their own watch, we position ourselves not as a brand, but as a project for the initiation and transmission of watchmaking,” explains Gilles Francfort. Course prices range from 350 to 2,700 francs, depending on the format chosen by the participants. The Initium workshops are particularly popular for team-building experiences. The company also attracts tourists, particularly in Geneva (before the coronavirus, that is...). To date, more than a thousand participants have created their own watches in Initium’s workshops. 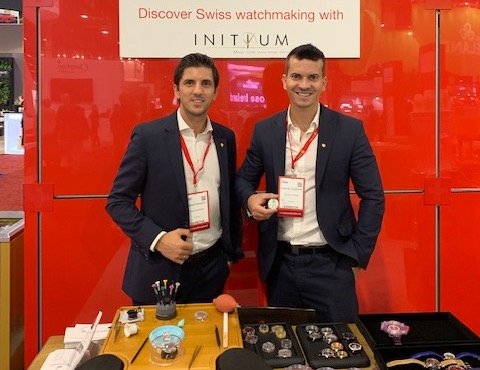 At a time when the popularity of watches relies more than ever on an emotional attachment to the object itself, the Swiss industrial fabric needs more ambassadors like these, who are helping to convert an ever wider public to watchmaking by democratising it.

The Swiss industry needs initiatives like this to convert an ever wider public to watchmaking.