In the 21st century more than ever before, reliable information is the key to industrial success. As early as the 1960s, the Swiss watchmaking industry set up a structure responsible for technological and commercial monitoring. Since then, the Centredoc cooperative has added monitoring connected watches, artificial intelligence and 3D printing to its range of information. Its director, Harald Jenny, answered our questions.

In the 21st century more than ever before, reliable information is the key to industrial success. As early as the 1960s, the Swiss watchmaking industry set up a structure responsible for technological and commercial monitoring. Since then, the Centredoc cooperative has added monitoring connected watches, artificial intelligence and 3D printing to its range of information. Its director, Harald Jenny, answered our questions.
C

entredoc is a unique cooperative in the contemporary watchmaking landscape. Founded in 1964 as a “technical information centre for the watch industry”, the structure still counts among its members the largest watchmaking groups and brands, including the Swatch Group, Richemont, Rolex and Patek Philippe. Its members also include a major non-watchmaker: Nestlé.

Over the course of its almost sixty years of existence, the cooperative, acting as a sort of “watch watcher”, has opened up to other industries, which now account for half of its turnover. But watchmaking remains the core activity of Centredoc, which has 18 employees and is housed at the Swiss Centre for Electronics and Microtechnology (CSEM) in Neuchâtel.

A dynamic source of data for a Swiss industry that must constantly innovate, while trying to preserve its global pre-eminence.

Initially specialising in monitoring patent publications linked to the watch industry, the cooperative has expanded its activities over the decades to cover other fields, from market information to 3D printing, and today’s connected watches. It is a dynamic source of data for a Swiss industry that must constantly innovate, while trying to preserve its global pre-eminence.

Harald Jenny has been at the head of Centredoc for just over five years. One of the main activities undertaken under his leadership has been to digitise the services offered by Centredoc. 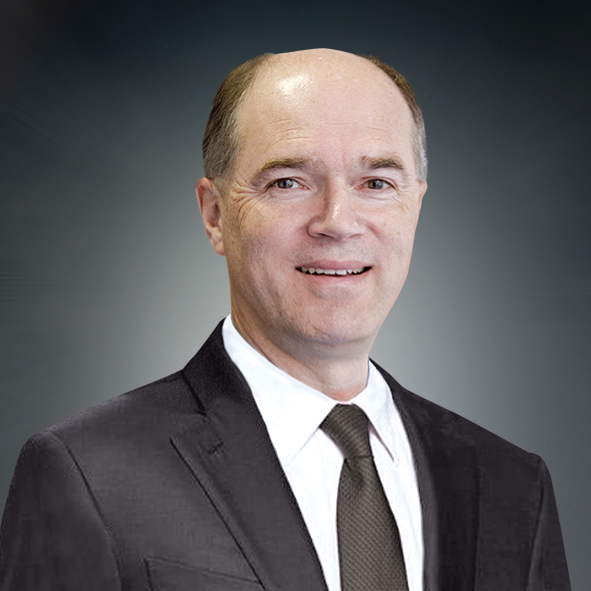 Europa Star: What are Centredoc’s main activities on behalf of the watch industry?

Harald Jenny: We monitor all new developments in technology, trade and economics that can impact the industry. For instance, one of our databases lists all the patents related to the sector registered for more than 150 years worldwide. Another is dedicated to data on materials used in watchmaking or micromechanics. There are also more recent topics: for example, we have set up exhaustive monitoring of 3D printing, a topic that is gaining in importance. Another one is exclusively concerned with connected watches. We also monitor artificial intelligence, blockchain and Industry 4.0.

What about the economic aspects?

Among other things, we publish a weekly press review, as well as a monthly compilation of industry-related news, distributed electronically and on paper.

“We have seen an explosion in the number of Chinese patents, so we have set up a special database for this category.”

The digital transition must have strongly impacted your business.

Yes, for a long time paper remained the preferred medium, but in recent years we have been placing a strong emphasis on digital technology, which makes it easy to carry out cross-database searches.

How do you source the data you collect?

On the one hand, we are subscribers to certain paid databases, for example in relation to intellectual property, as well as to specific journals. On the other hand, we have developed a proprietary algorithm for online searches. 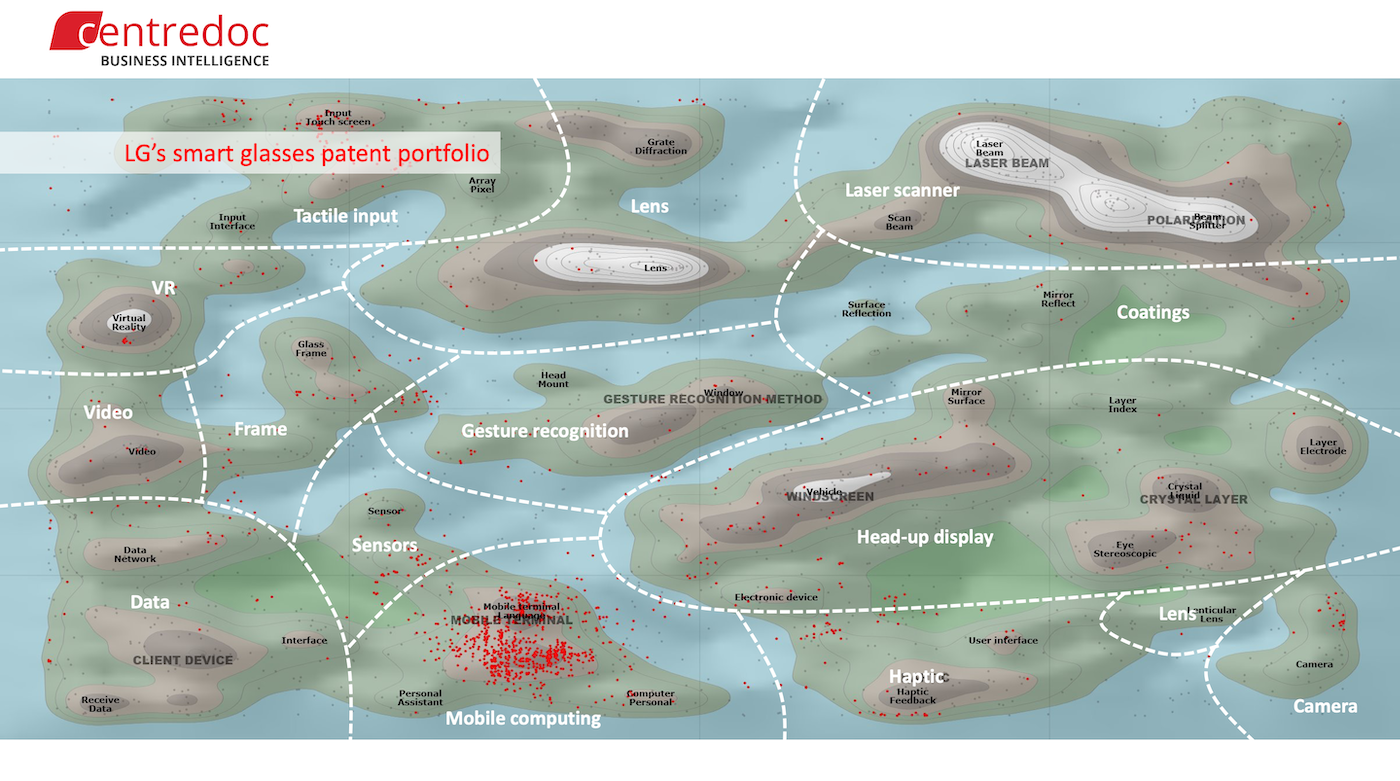 This map is an example of monitoring carried out by Centredoc, in this case on the patents filed by the Korean company LG in the field of smart glasses.

What platform are you using to process all this data?

We have developed an in-house software program called Rapid, which enables us to both structure and present all the information we collect. For example, our weekly newsletters are PDFs extracted from this platform. It is this combined ability to both search and retrieve data, which is quite rare in the world, that sets us apart.

Beyond the general databases, do you also carry out specific research for certain clients?

Yes, especially for the biggest brands: some have a dedicated platform with access reserved for them. If a brand wishes to use the Rapid software not only to consult but also to sort, annotate and use all the functionalities, it can acquire a license for our platform.

“It is this combined ability to both search and retrieve data, which is quite rare in the world, that sets us apart.”

Do you have customers beyond the watchmaking industry?

Thirty years ago, Centredoc began opening up to non-watchmakers. Today, we make half of our turnover outside the sector. As long as they are not direct competitors of the Swiss watch industry, there is no problem. 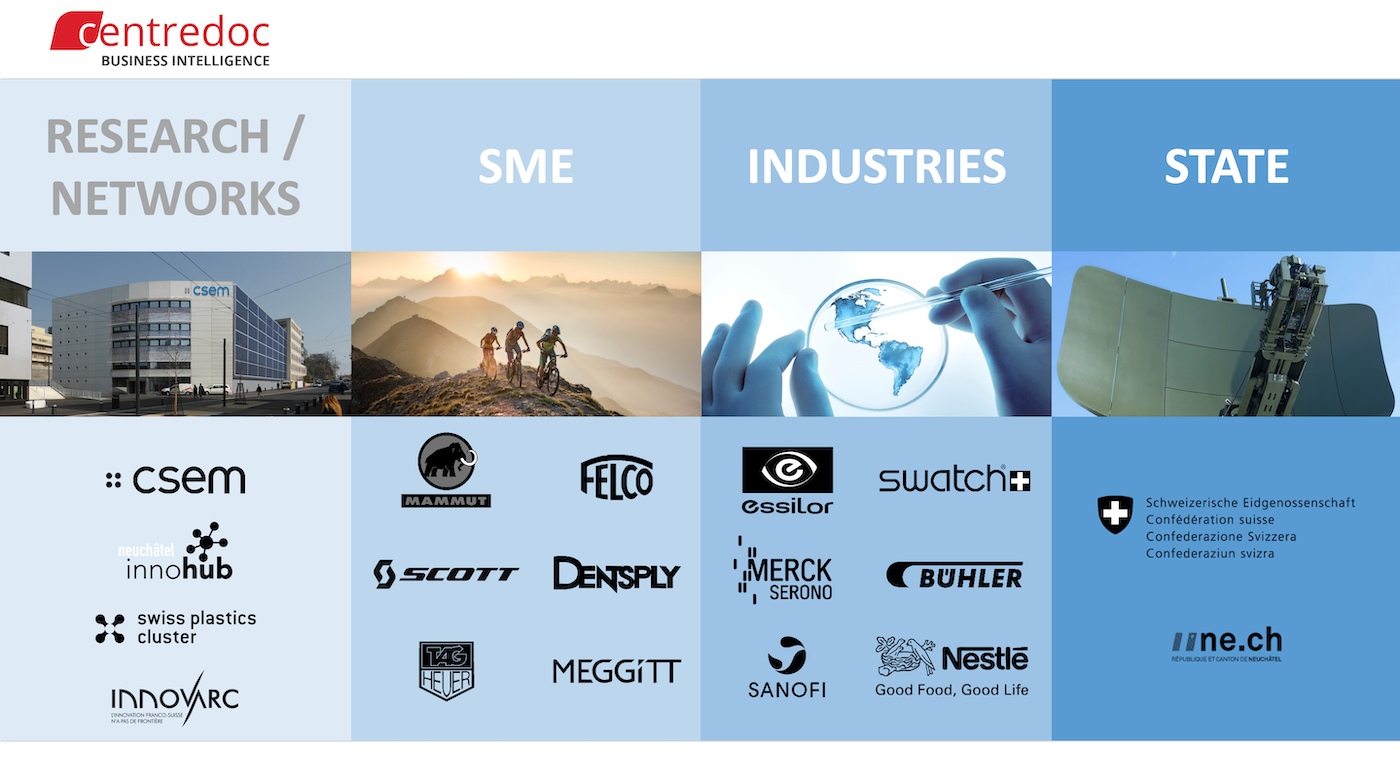 Centredoc’s clients and partners are both institutional and private.

No customers in the Japanese or German watchmaking industry, then?

No, as far as watchmaking is concerned, the platform remains reserved primarily for Swiss brands.

How much does it cost to get access to Centredoc’s databases?

The members get discounts. For them, the global patent database costs 4,600 francs per year, the one on materials 1,900 francs and the press review 1,200 francs. We also carry out one-off mandates, for example for an inventor who wants to know whether it is possible to patent a discovery. We work closely with law firms.

Which database has grown the most in recent years?}

We’ve seen an explosion in the number of Chinese patents, so we set up a special category for them. The number of patents filed in the rest of the world is high but stable.

You also run the Swiss Chronometry Society: where does this proximity come from?

The decision to converge was taken in the 1980s. The link was natural because of the Swiss Chronometry Society’s role in the service of technology in the watchmaking industry.

“Thirty years ago, Centredoc began to open up to non-watchmakers. Today, half of our turnover is generated outside the sector.” 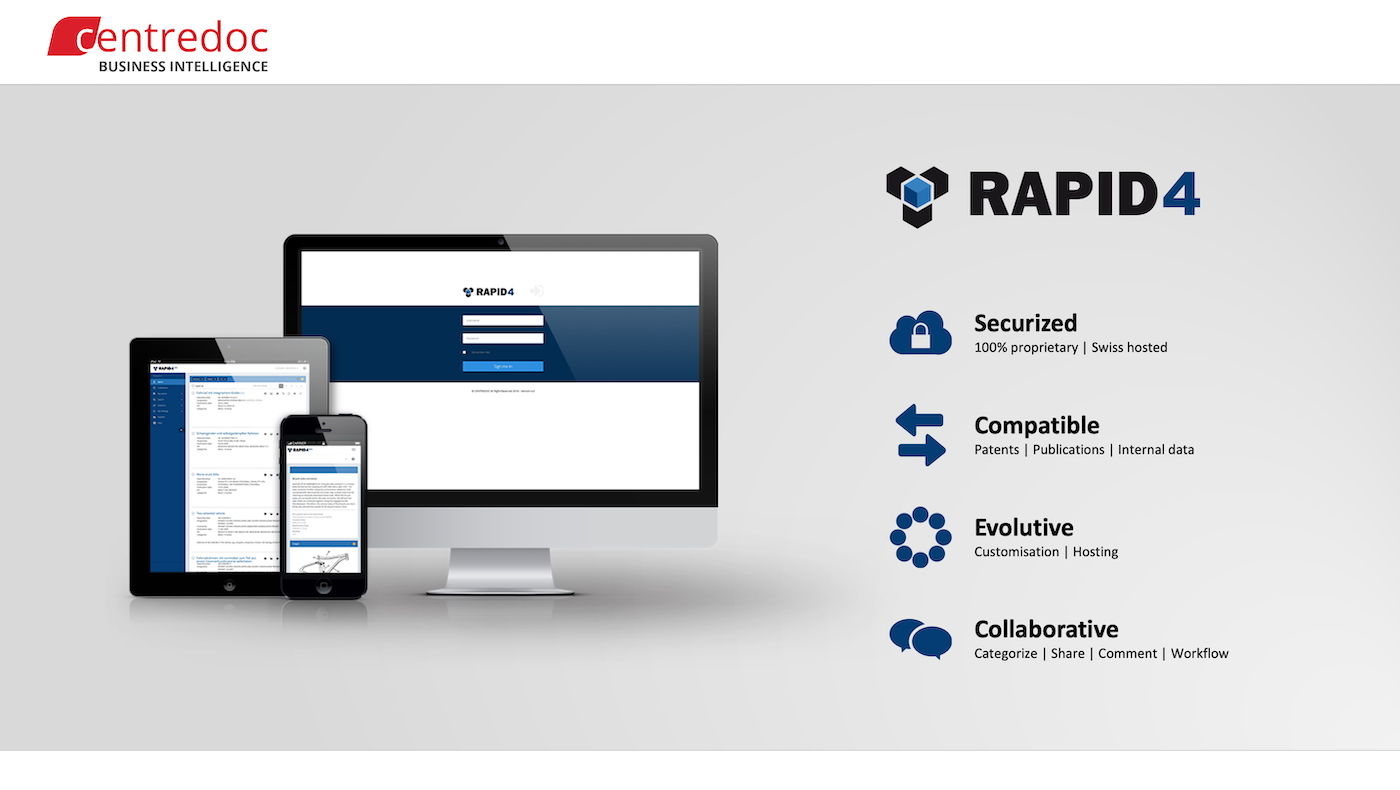 RAPID4 is the new version of the data processing software developed by Centredoc.

1964 Creation of CENTREDOC cooperative, and launch of watchmaking monitoring through the Revue des inventions horlogères (RIH).

1986 Launch of INFOMAT to monitor materials.

1989 Creation of the spin-off ARCANTEL SA for information technology development.

1995 Move to the current Centredoc site, on the 5th floor of CSEM (Swiss Centre for Electronics and Microtechnology).

2000 Launch of the first version of RAPID, in collaboration with Nestlé.

2008 Launch of RAPID 3, which made it possible to process patent and non-patent information on the same platform.

2014 Creation of the Intellectual Property Strategy and Innovation conference.

A sizeable share of the production of watch brands is in fact operated by third parties. Based in Switzerland or in Asia, these “private label” companies are (...)

TIME.KEEPER In rapid succession, starting with an advance announcement, the start-up X-One and Frédérique Constant both recently presented mechanical smartwatches. A new (...)