With the new Aikon #tide, Maurice Lacroix is moving from the sporty-chic steel line popular with millennials to a composite series made from upcycled plastic waste from the ocean, aimed at meeting the expectations of the next generation. Managing director Stéphane Waser explains his strategy.

With the new Aikon #tide, Maurice Lacroix is moving from the sporty-chic steel line popular with millennials to a composite series made from upcycled plastic waste from the ocean, aimed at meeting the expectations of the next generation. Managing director Stéphane Waser explains his strategy.
“T

he relaunch of the Aikon in 2016 was aimed at millennials. With the Aikon #tide, we are looking to appeal to the next generation.” Over the last six years, Stéphane Waser has profoundly transformed Maurice Lacroix, homing in single-mindedly on its affordable steel sports watch, which is available in versions ranging from quartz to mechanical to XXL... In a wider horological landscape obsessed with the sport-chic category, the brand has managed to profile itself as a top choice in the sport-steel value scale.

But no two generations are alike. After the millennials come Gen Z (born between 1997 and 2010) and Gen Alpha (since 2010), who are less interested in vintage-inspired sporty timepieces, and more interested in sustainability. According to the managing director of Maurice Lacroix: “Since last year, we have deal of time studying their expectations, what to them. Sustainability is really the keyword, encompassing production methods such as recycling as well as companies’ social and environmental responsibility.” 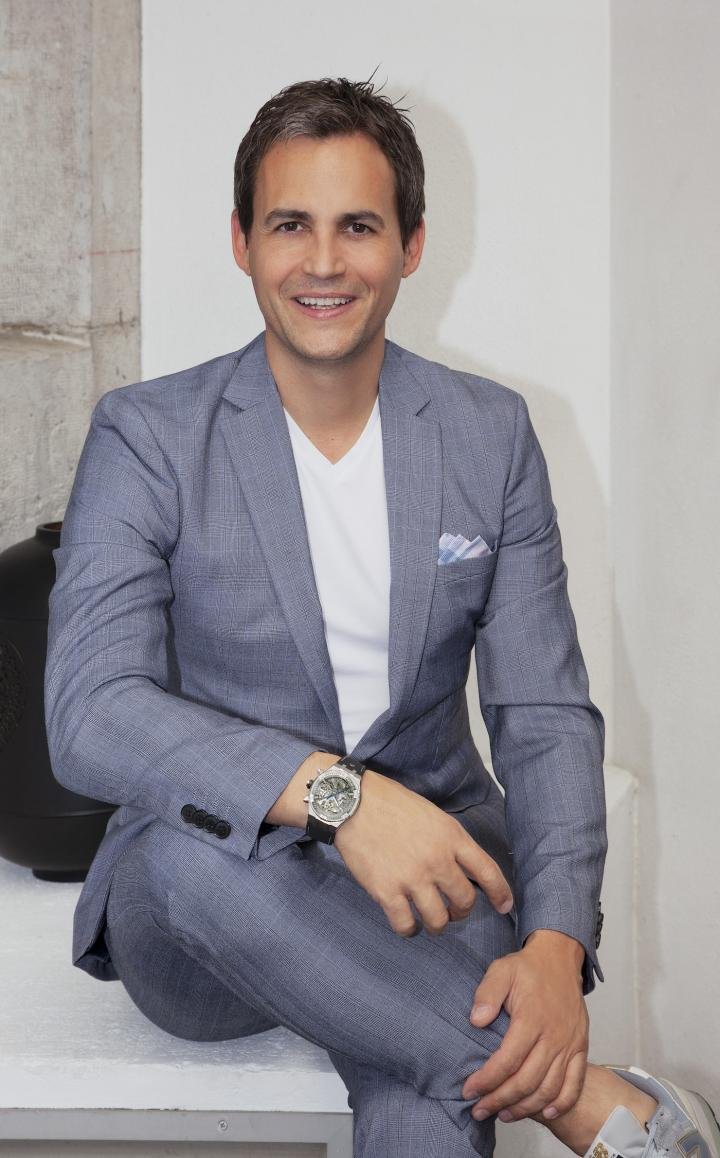 Another source of reflection was the many messages he received from customers wanting to know more about the origin of their watches, straps and packaging: “We have even been asked if our watches are vegan! There is a whole new generation that bases its purchases on such criteria.”

“We have even been asked if our watches are vegan. There is a whole new generation that bases its purchases on such criteria.” 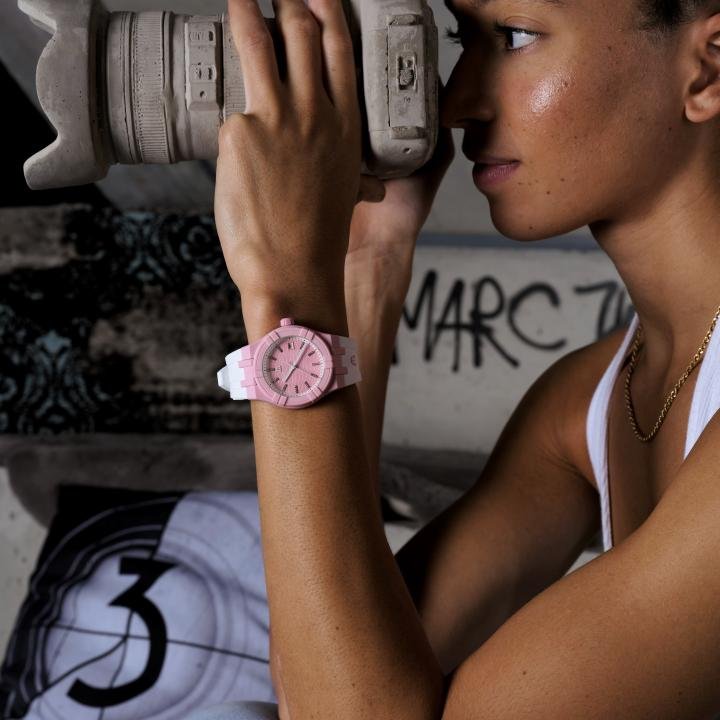 This year Maurice Lacroix, which targets a young, urban clientele, is unveiling what it describes as its “brightest, funkiest range of watches, offered in an array of eye-popping colours.” The Aikon #tide (with the appropriate generational hashtag) is positioned at the entry level of the collection, at 690 francs, just behind the steel Aikon with quartz movement at 850 francs. “Tide” refers to the certified label issued by the Swiss company Tide Ocean SA, based in Basel and specialising in upcycling plastic waste from the ocean. Despite plastic’s poor environmental image it is, paradoxically, making a surprising comeback in watchmaking, in its recycled form. 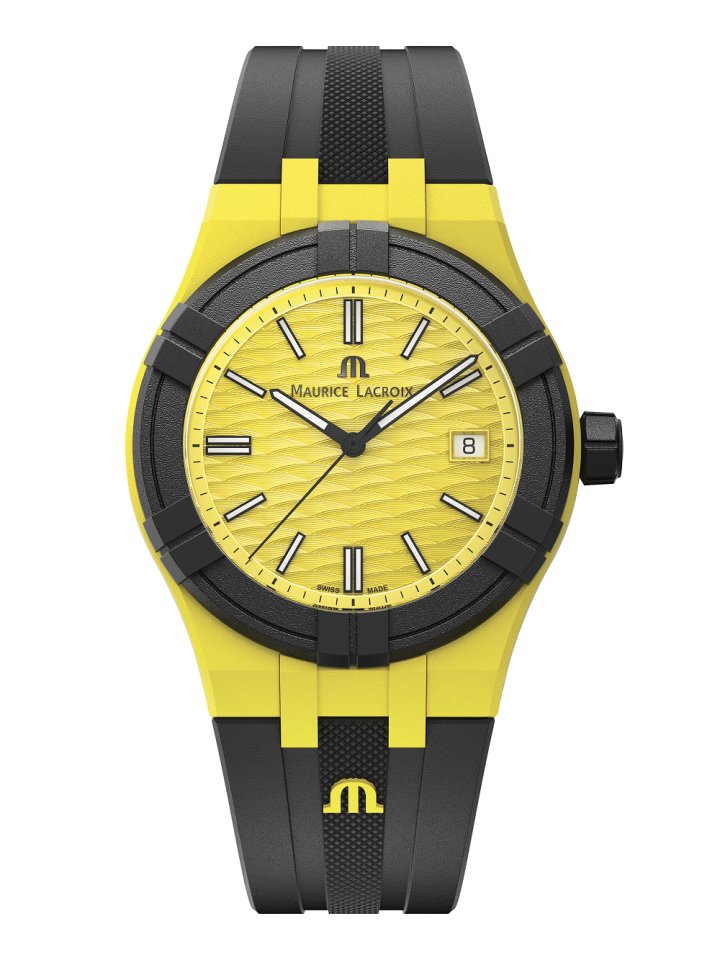 Housed in a brightly coloured case, the dial is decorated with a ‘Vague du Jura’ motif, a reference to the ocean. The case measures 40mm in diameter and features a flat sapphire crystal. Several references are also available with diamond-set indexes. The Aikon #tide comes with a screwed crown and caseback, which contribute to the model’s water resistance of 100m.

The aim of the partnership is to collect plastic bottles from the seas surrounding various islands in Thailand as well as Indonesia and the Philippines, to be used not for straps – as is increasingly common in watchmaking – but for the entire case of every model in the new collection. The bottles are sorted, shredded into flakes, washed and compacted close to the point of collection, before being transported to Tide in Switzerland.

“Tide” refers to the certified label issued by the Swiss company Tide Ocean SA, based in Basel and specialising in upcycling plastic waste from the ocean.

The flakes are then compounded into smaller granules and amalgamated into upcycled plastic, which is combined with glass fibre using technology developed in Switzerland. The resulting composite material is twice as hard as standard plastic and five times stronger, and has a carbon footprint that is six times less than PET. The bezel, case, case back, crown, end-piece and buckle on the new model are all made from this new composite.

“We work by plastic injection, which allows for greater speed of execution and flexibility than working with steel,” says Stéphane Waser. “One of our approved suppliers for quartz watches has developed these new skills for us. Eventually, we will be able to produce watches using all the colours of the Pantone scale!” 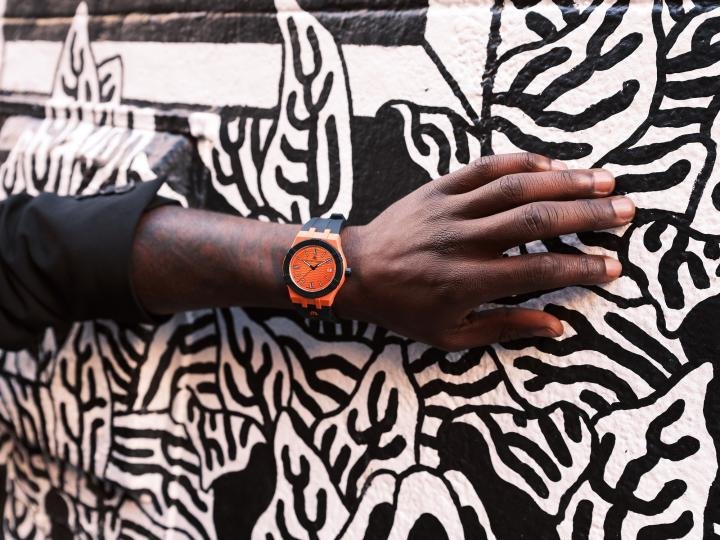 With a diameter of 40mm, the first ten models of the new collection (equipped with a quartz calibre and water-resistant to 100 metres), vary in colour from flashy yellow, pink or orange to a more sober blue. The classic Aikon codes are in evidence: the six claws, the screw-down crown and back, the sapphire crystal and the quick-change strap system.

“We have to recycle 17 plastic bottles to produce each watch and its packaging,” explains Stéphane Waser. “Wear and corrosion tests have convinced us of the viability of this new material for our watches, which are guaranteed for five years. In addition to recycling, it is also a social project, since Tide pays the fishermen who recover the plastic bottles at sea. The idea is to create a virtuous circle with local communities, rather than one that is destructive to the environment.” 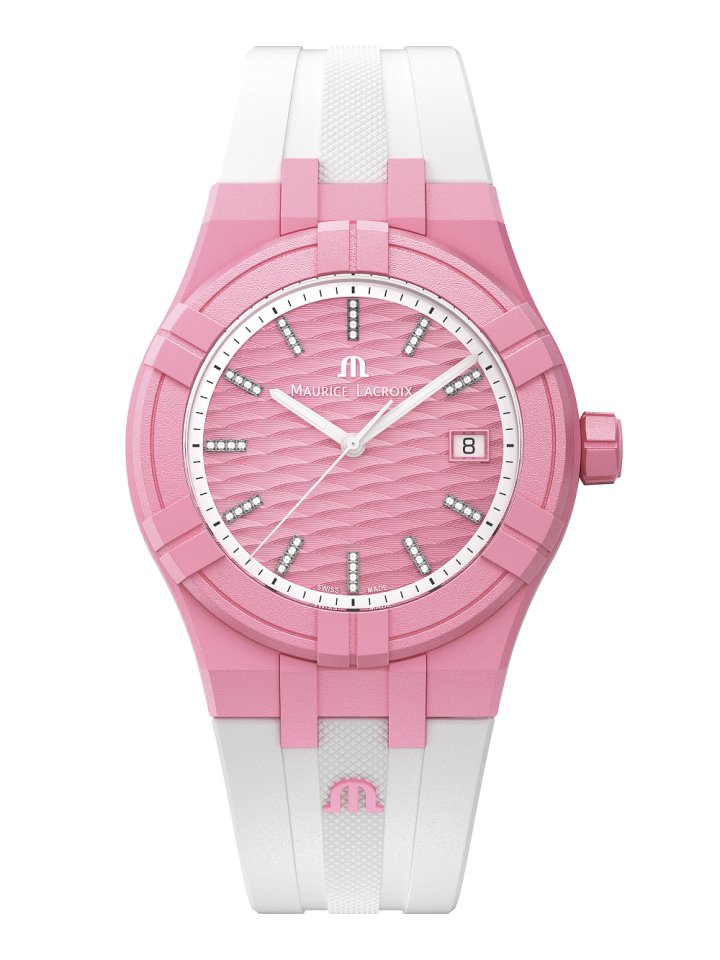 “Wear and corrosion tests have convinced us of the viability of this new material for our watches.”

Maurice Lacroix has committed to “saving 10 million plastic bottles from polluting the oceans over one year, by sponsoring plastic collection activities, paying for longtail boats and warehouses, funding educational programmes and financing various types of equipment.” The packaging, also made from recycled ocean waste, takes the form of a colourful coffee cup, giving it a dual purpose. The brand has already announced that it will unveil a second version of the Aikon #tide this year, equipped with a bracelet made from the same composite material.

“We have studied this new generation carefully but we still have a lot to learn,” concludes Stéphane Waser. “We are endeavouring to meet their expectations, without claiming to be 100% sustainable in the immediate future, but by evolving our processes and contributing to a global effort.”