ALMOST 20 MILLION FOR A STEEL ROLEX? THE WORLD’S GONE MAD!


The topic up for debate is whether the auction system is out of control. Is the race to beat the record counter-productive for the watchmaking sector? One thing’s for sure, it’s obscuring a few realities… Here’s why.

ALMOST 20 MILLION FOR A STEEL ROLEX? THE WORLD’S GONE MAD!

The topic up for debate is whether the auction system is out of control. Is the race to beat the record counter-productive for the watchmaking sector? One thing’s for sure, it’s obscuring a few realities… Here’s why.
B

etween the time this article was begun (see Part 1 in our previous issue and at Watchonista.com) and the time it was published, something extraordinary happened: on 26 October 2017, at a New York auction headed up by Aurel Bacs, undisputed star of the watch auctions, a Rolex Daytona Cosmograph crafted in steel, having once belonged to Paul Newman, sold at Phillips for the record sum of 15.5 million USD! Add the auction house’s commission of 12.5% and you’ve got a grand total of 17.8 million USD! We should perhaps add that it was purchased by the actor’s wife back in the day for around 300 USD! That means it has topped 59,333 times its original price in just under 60 years. What an investment! It knocks the previous record off the top spot, thereby securing Aurel Bacs’ Midas-like reputation for just about everything that comes under his hammer. 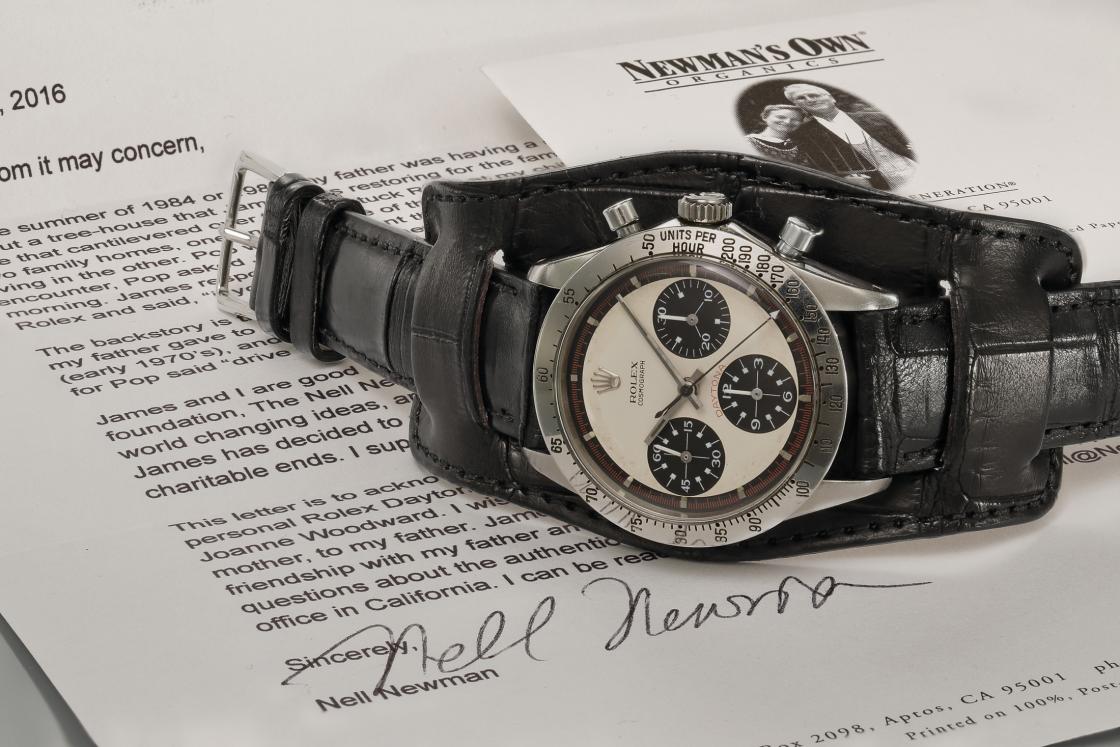 Up until now, the auction business, which has been gathering momentum for more than 30 years, has been beneficial for the entire watchmaking sector. Firstly, for the brands concerned, who obviously have brand new products to sell and are therefore happy to take advantage of the free publicity. And secondly, for all the other brands concerned by the subsequent promotion of the micromechanical arts and exceptional craftsmanship. Thanks to the articles regularly penned on these pages, they have indirectly received the benefit of a wide audience, its appetite whetted by the enthusiastic bursts of media attention.

Today, however, after the incredible amount achieved at auction in New York, a sum without any bearing on reality, new questions have arisen. Is there a downside? The sheer extent to which these auctions have developed has the drawback of highlighting another reality. The continuing good health of the collectors’ vintage market is at the same time countered by the declining fortunes of watches featured in current collections. What of the auction catalogues, which are currently brimming with references from the past? Might they not be overshadowing new watches in today’s brands’ catalogues? In this respect, the race to beat the record is inevitably a double-edged sword in the long run, even for the more prosperous brands, such as Patek Philippe, or Rolex.

The after buzz, a time of hope: Tudor, Dufour, etc…

As for Phillips, clearly its mastery of the social platforms is second to none at the moment. Bloggers and influencers have all been sucked into the viral spiral. The house has created a planet-wide buzz for a potential star, a model that was named at the very inception of the themed watch auction, since it was Phillips, not Rolex who gave it the Newman epithet. Big enough to attract well-to-do watchmaking virgins, Hollywood stars and the newly wealthy to the watch auction universe. Also noisy enough for long-standing experts and collectors to shake their heads at the thought of such madness. Eclipsed by the media noise, their keen knowledge of other objects has already been expressed in no uncertain terms. While it was clearly a strategic move on the part of Phillips, from the oncethe- fuss-dies-down-the-real-business-of-sales-will-start school of thought, you must admit it has been rather successful. On the one hand, we have optimum media coverage and on the other, the serene progress of the sales themselves, which, to the non-connoisseur may well appear somewhat long-winded due to the sheer number of lots.

Unfortunately eclipsed by this sale were other lots worthy of mention. For example, the outstanding achievement of lot 11, a steel-clad Tudor ref. 7032/0 “Monte Carlo Black”, which confirmed all predictions by selling for the upper limit of the estimate: 118,750 USD! We also had a promising performance by the independent watchmaker, Philippe Dufour, with his Duality in platinum, a study in pure elegance, which went for almost double its maximum estimate. Estimated at between 200,000 and 400,000 USD, it approached the million mark with a flurry of bids taking it to 915,000 USD. Aside from the buzz, it’s just the type of encouragement that does a brand good, the kind of boost that’s reassuring. The man himself is still alive and kicking, with a brand that’s full of real values. He stands for the transfer of skills that are fast dying out, skills on which new generations of bidders will come to depend.

Read the first part of our “Watch auctions, three decades of a legend” in the June 2017 edition of Europa Star, Europa Star Première and on Watchonista. You can find this article (in French and English) on Watchonista.com