Like the Tissot T-Touch, Japanese watchmakers best stand out for their integration of new technologies into their watches, and particularly those that enable users to find their way and to always have the right time on their wrists, even while travelling... But that was before the advent of the smartwatch.

Like the Tissot T-Touch, Japanese watchmakers best stand out for their integration of new technologies into their watches, and particularly those that enable users to find their way and to always have the right time on their wrists, even while travelling... But that was before the advent of the smartwatch.
C

asio, Seiko and Citizen have more in common than all being Japanese. These brands also placed their bets – very early on, beginning with the quartz revolution nearly 50 years ago – on the integration of a multitude of technologies into a watch, making it, paradoxically, a real Swiss army knife!

First, their exploration of the digital or LCD screen enabled them to present a great deal of information – from the altimeter to the barometer, from temperature to orientation – on a single screen. Controlling watches by radio, satellite or even a distant atomic clock has enabled them to provide the right time for nearly all eternity, barring an intergalactic war... They have attempted to make these watches – with their long lifespans and great resistance – independent from the obsolete traditional battery through the use of solar energy. 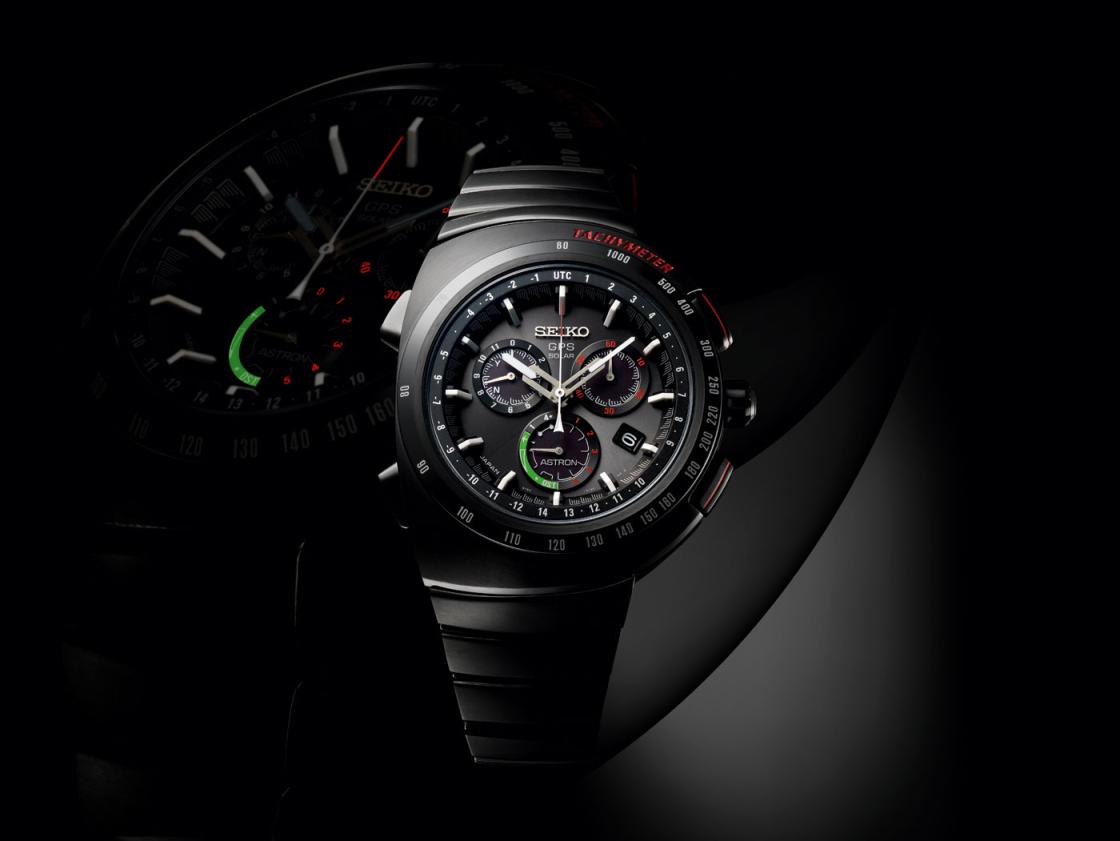 These three technological breakthroughs – often resulting from the integration of technologies from other industries, such as the digital screen, remote-controlled time or solar power – constitute the foundations of ultra-high-performance in Japanese watchmaking, enabling the watchmakers to integrate a multitude of features.

Very convenient for the traveller or athlete! These users can count on a tough watch to calculate the distance they have covered, their altitude and their geolocation, and even to take photos of the marvels that they discover on the way...

Adapting to the new revolution

Nearly fifty years after the quartz revolution, a new revolution – the digital revolution – shook the watchmaking world. The symbol is unquestionably the Apple Watch. Water-resistant and produced in partnership with Nike and Hermès, among others, the last line, Series 3, is presented in the world of water: that of dreams, travel and adventure, with the slogan “Go with just your watch”.

This new version ‘detaches’ the watch from the phone to make it autonomous, exclusively using cellular data, since a great deal of disappointed observers considered the watches up to this series as simple Bluetooth relays for the telephone in the pocket.

The features are particularly focused on the user’s mobility, enabling him or her to phone or send messages, listen to music, ask Siri to find an itinerary, receive e-mails, display distance and altitude with the built-in GPS and altimeters, measure fitness objectives and heart rate, and more, all on the watch. In a word, making the watch a new kind of coach... Or tyrant, depending on how well the user masters the device!

Here is a list of the principal technical characteristics of the Series 3 GPS + Cellular Apple Watch:

This multiplicity of features obviously piqued the interest of Japanese watchmakers, who had been, up to now, the masters of watches with built-in technology. Especially since Apple is not the only company to enter the competition: consider the Samsung recently designed by Swiss master watchmaker Yvan Arpa, or the GPS specialist brand Garmin which equips the wrists of millions of athletes and adventurers and thrill-seekers throughout the world. Not to mention the American watchmaking giant Fossil, which has already decided that nearly all the watches it produces should be connected in the long term.

The other American mammoth, Movado, has also begun to seriously expand into the field. On the face of it, the connected watch appears to be the territory of American brands, considering all the brands cited. Of course, the Japanese maintain an advantage in terms of watch lifespan and power reserve... While an Apple Watch will hardly last longer than its first cousin, the smartphone.

For the time being, Japanese watchmakers are therefore focused on adding a Bluetooth connection to their analogue models. But their use of solar energy also ‘limits’ them in terms of number of features, compared to the connected watch. So, for now they propose hybrid solutions, and the principal characteristic of these is a Bluetooth connection, which offers travellers the instant adjustment of the time zone on their watch through a link between the watch and a phone.

A question of energy

Today at the head of the Horological Institute of Japan, Etsuro Nakajima first had a 40-year career at Casio. He saw it all: the design of digital quartz movements, the first interval timer stopwatch, the first Pro Trek featuring an altimeter, the first radio-controlled watch... And the advent of Bluetooth.

“In 2007, we at Nokia began to discuss a connected watch project using Bluetooth Low Energy LE, the Wibree,” he recalls. “But the development took a long time, considering the challenge of energy consumption and recharging. It would be necessary to limit energy consumption. In 2012, the G-Shock GB5600 became our first Bluetooth watch.”

The energy issue remains crucial. For Etsuro Nakajima, Japanese brands are too strongly focused on solar energy. “These watches don’t have enough energy to support complex applications. That is why the Japanese are concentrating on certain features such as adjusting the time zone, compared to the dozens of applications available on connected watches.”

Meanwhile, the Apple Watch changed the game rules, and not just in terms of technology: in distribution, the Americans are making a considerable profit margin, since they sell their products through their own-brand store networks, whereas traditional watchmakers must share the profits – generally more than half – with their representatives.

While there will most likely always be traditional watch retailers, and since the watch is an object that many consumers wish to touch and try on before purchase, there is the delicate question of these representatives’ ability to sell connected watches integrating digital technologies. Wouldn’t connected watches be more in their element in electronics stores?

For Japanese brands, both in terms of products and distribution, the connected watch poses a great dilemma: how to maintain a watchmaking identity with the historical characteristics that go along with it – in particular the use of solar energy – while joining the digital revolution? Moreover, since their development has been an organic one in the fertile ground of Japanese technology, they are probably reticent to put a portion of their future in the hands of giants such as Apple or Google, the two masters of connection.

The case of the Casio Pro Trek

In addition to continuing to develop hybrids to bring Bluetooth connectivity to analogue models, some brands have decided to launch totally connected watches with LCD screens, too. Such is the case of Casio and its new Smart Outdoor Watch, the Pro Trek WSD-F20, which is actually a ‘full digital’ re-edition of the brand’s historical GPS model, and which operates on Android Wear.

This rather large model (56.4 mm) is water-resistant to 50 metres, and it includes applications for trekking, fishing, biking, winter sports and swimming; features such as a compass, barometer, altimeter, sunrise and sunset, and tides; and of course, geographic orientation thanks to GPS, its primary function, which can also be used offline, far off the beaten track...

This attempt to join the connected watch market will be a test for Casio, to determine whether the brand will make more ambitious developments in this market. Let there be no doubt, the conclusions of this strategy will also be followed with interest by Seiko and Citizen, even though the general trend for Japanese watchmaking in 2017 was upselling through the integration of traditional crafts and new materials into watches (see our special dossier and report on Japan in Chapter 5/17), rather than the development of connected watches.

Will Japanese watchmakers go into offensive mode in the wake of the Pro Trek by proposing daily-recharge models connected to cellular data in addition to solar-powered analogue watches? The new products presented at Baselworld should provide some initial indications.