NOTA BENE: The word “patina” comes from latin and meant “plate”, at that time most of them were made out of bronze, a material that can be affected by time or by its surrounding environment.

NOTA BENE: The word “patina” comes from latin and meant “plate”, at that time most of them were made out of bronze, a material that can be affected by time or by its surrounding environment.
S

tilton, Roquefort, Bleuchâtel or Gorgonzola these cheese names might have been synonyms of repulsiveness when you were juvenile but I’m sure that you’ve learn to appreciate them over the years. Your refined palate and your taste for discovery led you to new frontiers, new experiences, in other words to eat rotten cheese….

And that’s absolutely fine, we all love their texture, bitterness as well as their surprising spiciness.

When it comes to food, our learning curve seems infinite we can all remember our parents forcing their spoon full of spinach in our mouth but now we’re fine eating oysters and broccoli.

Same goes for vintage watches. You start appreciating “easy watches” in mint condition most of the time from well-known brands. A Rolex GMT from the 90’s or a Speedmaster in perfect conditions from the 70’s or an Omega Seamaster from the 60’s. From there you can slowly derive towards more “complicated” watches not in terms of mechanics but more on an esthetical point of view. Some see patina as the holy grail of vintage but what is patina and what is not?

Patina is the result of a long exposition to sunlight, to tropical climates or simply is an iteration of time. Most of the time, when we talk of patina we talk of the decolouration of the lume on indexes or hands. Usually collectors are looking for creamy or chocolate patina. But how can this decolouration happen?

In order to have markers and hands to glow in the dark, watchmakers used a radioactive material called radium that reflects, for a limited period of time, a green luminescence in a shadowy environment.

This new material was in the first quarter of the 20th century perceived as a revolution and used in various field. Highly dangerous, the radioactive substance was wrongly given number of virtues. In the 30’s, you could find radium in beauty powder, tooth paste, ski underwear, animal food or even condoms. At that time little was known on radioactivity and its effect on the human organs.

Vintage ad for a radium based beauty powder
© www.vintage-ads.livejournal.com

In the watch industry, radium became a must have feature for sport and military watches. Applied and hand painted on the indexes and on hands, the radium is still today a radioactive material. But don’t worry if you don’t lick the dial or use your watch as a pillow every night, you’ll be fine. 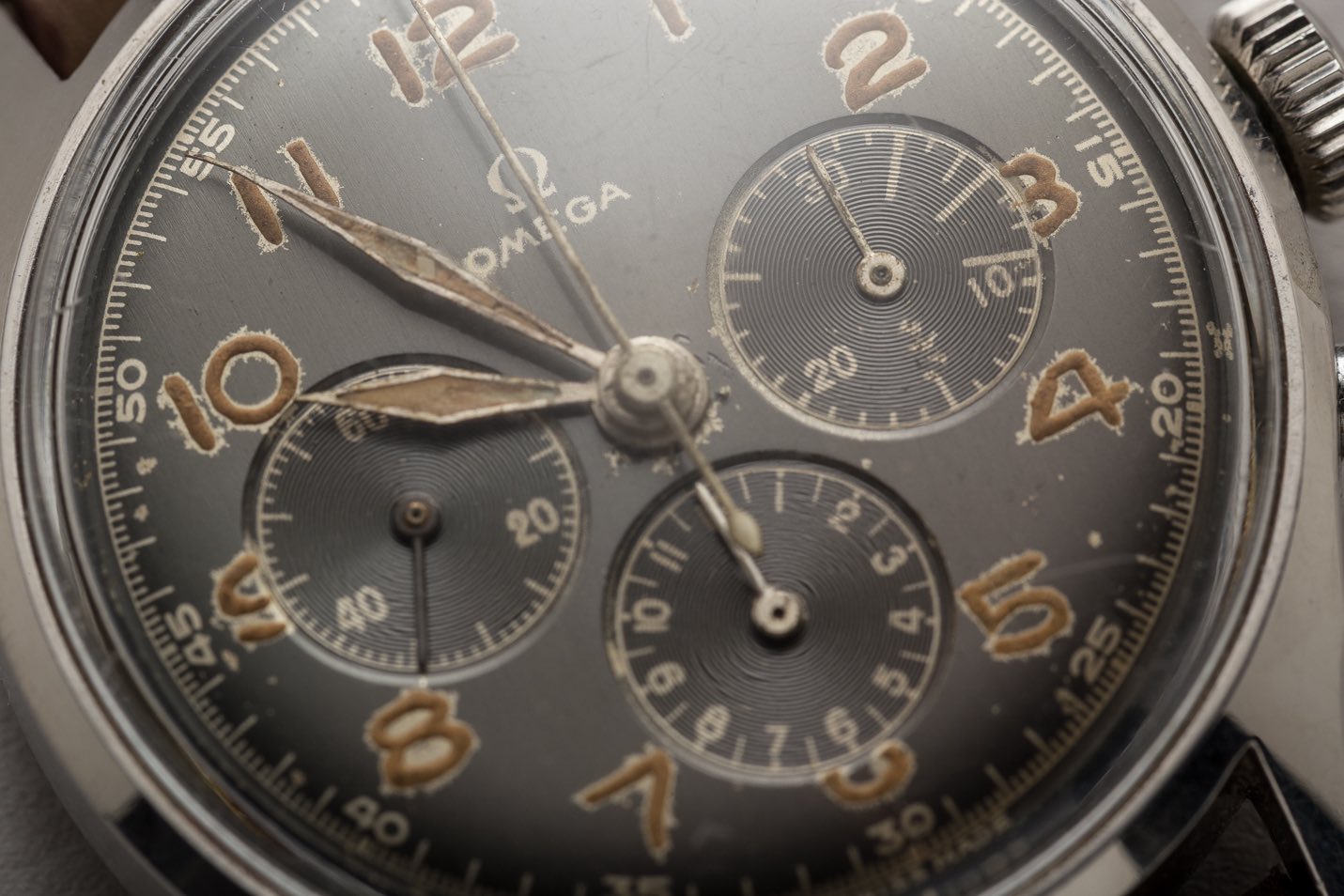 Here you can see that the radium on the numerals started to attack the dial
© www.shucktheoyster.com

With a number of scandals and the raising awareness of the scientific community, radium was acknowledged in the late 30’s as a dangerous material. For the most part, the substance was slowly abandoned in profit of tritium (1950’s), only some military specific watches used by the airforce or submarine force were still ordered with radium. Even though the practice stopped in the 60’s, American soldiers found old radium dials inside Iraqi’s tanks during the Gulf War.

Tritium is also a radioactive material but is harmless at least from the outside of the watch and in general less aggressive than radium. Easier to apply, the substance became a standard in the industry and was used until the late 90’s. Widely appreciated by collectors and amateurs the material, if aged properly, passes from white to cream, from cream to orange, from orange to chocolate. Some people will even tell you that the banning and replacement of tritium by Luminova (a non-radioactive material that doesn’t change with time), is a key factor to determine up until when a watch can be considered vintage.

Until now I’ve only mentioned the patina on the hands and markers but the dial itself can also transform and change its appearance and texture. Depending on the material or paint used the dial can turn, as the radium or tritium elements to a creamy or chocolate colour. 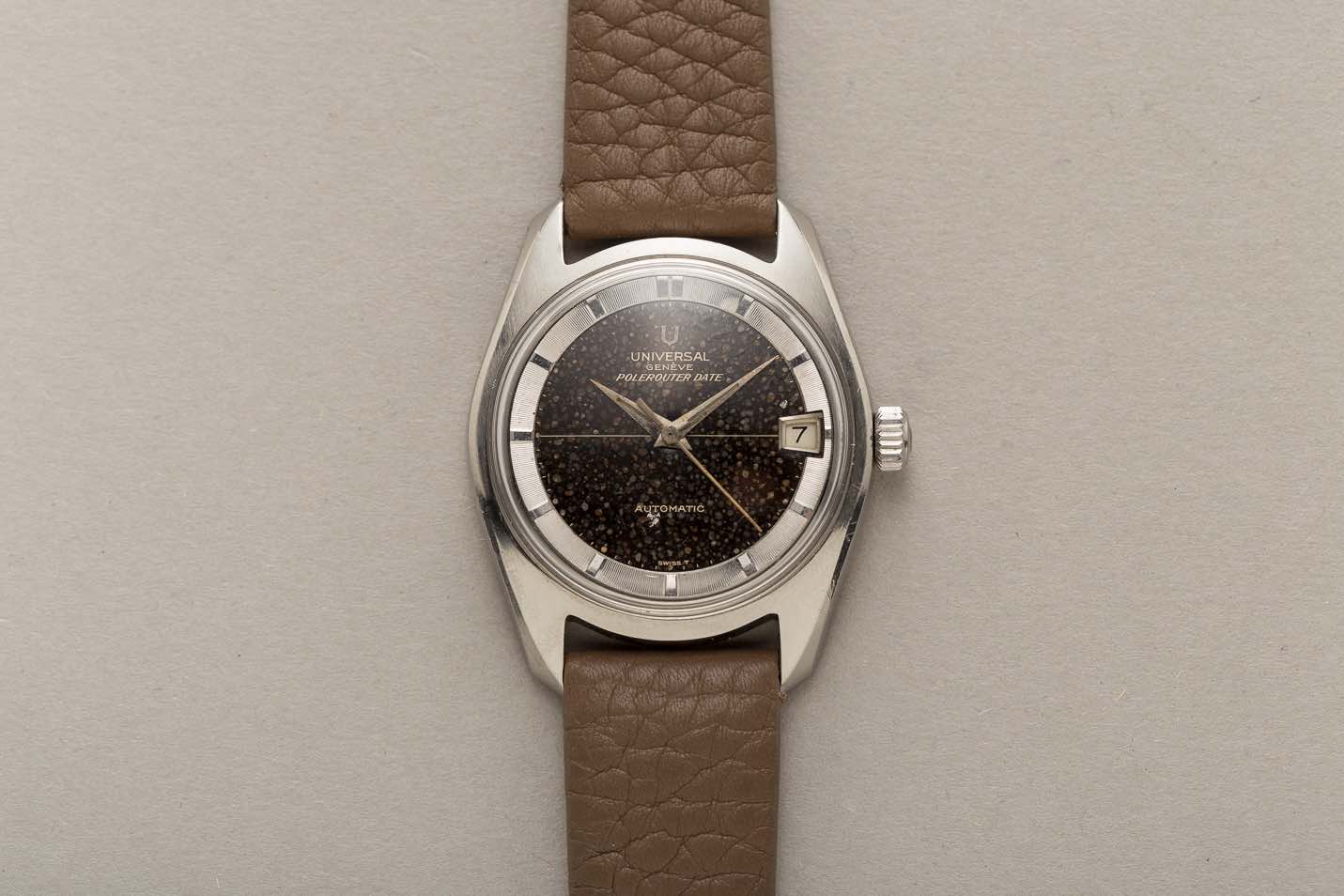 This Polerouter dial actually turned to a kind of crispy chocolate
© www.shucktheoyster.com 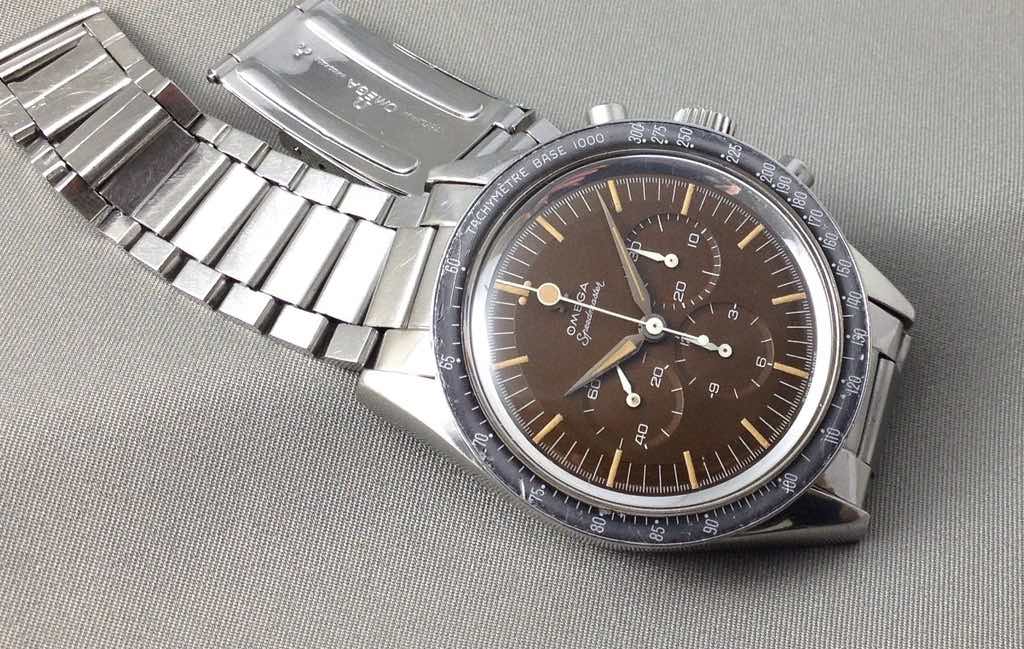 But patina can actually be subjective. Some sellers will use the terminology in abundance to sell rotten watches to novices that are getting into the market. Timepieces with putridity and sometimes fungus on the dial. Don’t get me wrong, everyone has its own taste and limits regarding the quality and shape of a timepiece but I simply don’t agree with dealers that use the word “patina” and ad an extreme premium for a rotten watch. 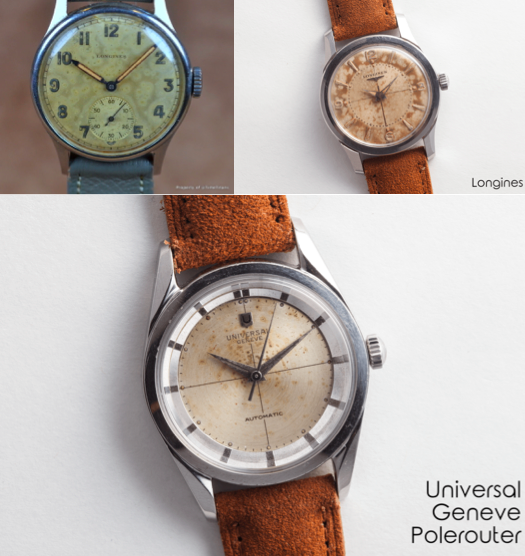 Examples rotten dials – the Longines is retailing for 2’350 USD

Everyone has its own definition of the term but in my mind, what is attractive with patina is the uniformity of the decolouration, the originality of the shade or simply its location on the dial.

Patina on a watch is also a testimony, confirming that the watch lived. Wearing it is a statement that it is still beating after all these years, that it was born in the past and will still be used in the future.

A friend of mine, Balthasar de Pury once told me: “we (vintage collectors) are the only ones who are actually enthusiastic when a watch is proven radioactive”. Most of vintage dealers own Geiger counter and use it to determine if the dial is actually original and not redialed or repainted. The more radioactive the better it is.

Who knows maybe one day watch manufactures following the vintage trend will dip their watch in radioactive material to give them a type of legitimacy.