Jérôme Biard, the new CEO of Corum and Eterna, explains the mission entrusted to him, centred on Golden Bridge, Admiral, and a “return to common sense” for a brand that has experienced upheavals during the past decade.

Jérôme Biard, the new CEO of Corum and Eterna, explains the mission entrusted to him, centred on Golden Bridge, Admiral, and a “return to common sense” for a brand that has experienced upheavals during the past decade.
Y

ou took the helm of Corum and Eterna in August 2017. What conclusions have you drawn in the meantime? Some sources are saying that the brand made a profit in 2016 for the first time in ten years, with sales of over 50 million francs...

We’re not very generous with figures because we’re owned by a group that’s listed on the stock exchange. But to give you an idea, we produced 10,000 items in 2017. For us, the year ended with sales slightly down on 2016, which means we’re not yet making a profit. The mission entrusted to me is precisely that: to restore Corum’s financial health, which means achieving at least break-even point and starting to build profits. I believe that will be feasible in 2019. 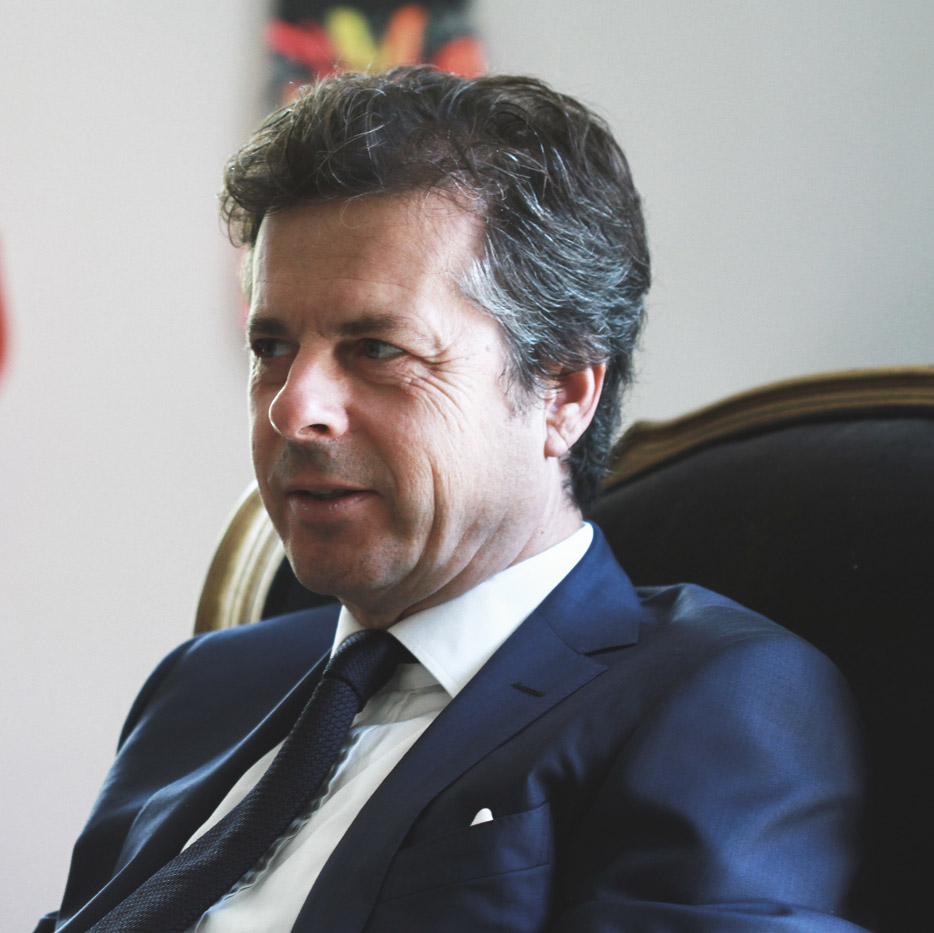 What are your key business strategies for 2018?

For us, they’re clear: refocusing our attention on our two product families, Golden Bridge, which today remains our greatest source of income, and Admiral.

Of course, Bubble is our most crazily creative collection, but we have to produce it in more reasonable quantities. We’ve also decided that we would only present some of our innovations at Baselworld.

Are you considering opening new outlets and starting new partnerships with retailers?

Today, there’s a general tendency to curb the number of outlets worldwide; to be more exclusive, rarer, and above all to have reliable partners. We’re going to follow that trend. On the other hand, we’re in the process of reviving markets that are extremely important to us, such as Japan, where we already had some very encouraging initial signs in 2017.

The other country we’re going to be focusing on is the United States, where Corum was very strong historically. We’d like to work in that difficult region again. And lastly, Europe, where we still have too little visibility for the moment.

What about synergy with Eterna, where you’ve also taken up the reins? And with Eterna Movement, the movement manufacturer?

We use lots of Eterna movements for the Bubble and Admiral Squelette collections. But we’re two completely different brands and we want to stay that way, even if we’ve pooled lots of resources, such as in logistics, marketing and finances. The Eterna brand has suffered a lot, it almost went out of business. Our priority now is to bring it back onto the straight and narrow, but gently. For Eterna, we have an extremely limited strategy in terms of the number of references, and it’s focused on KonTiki. 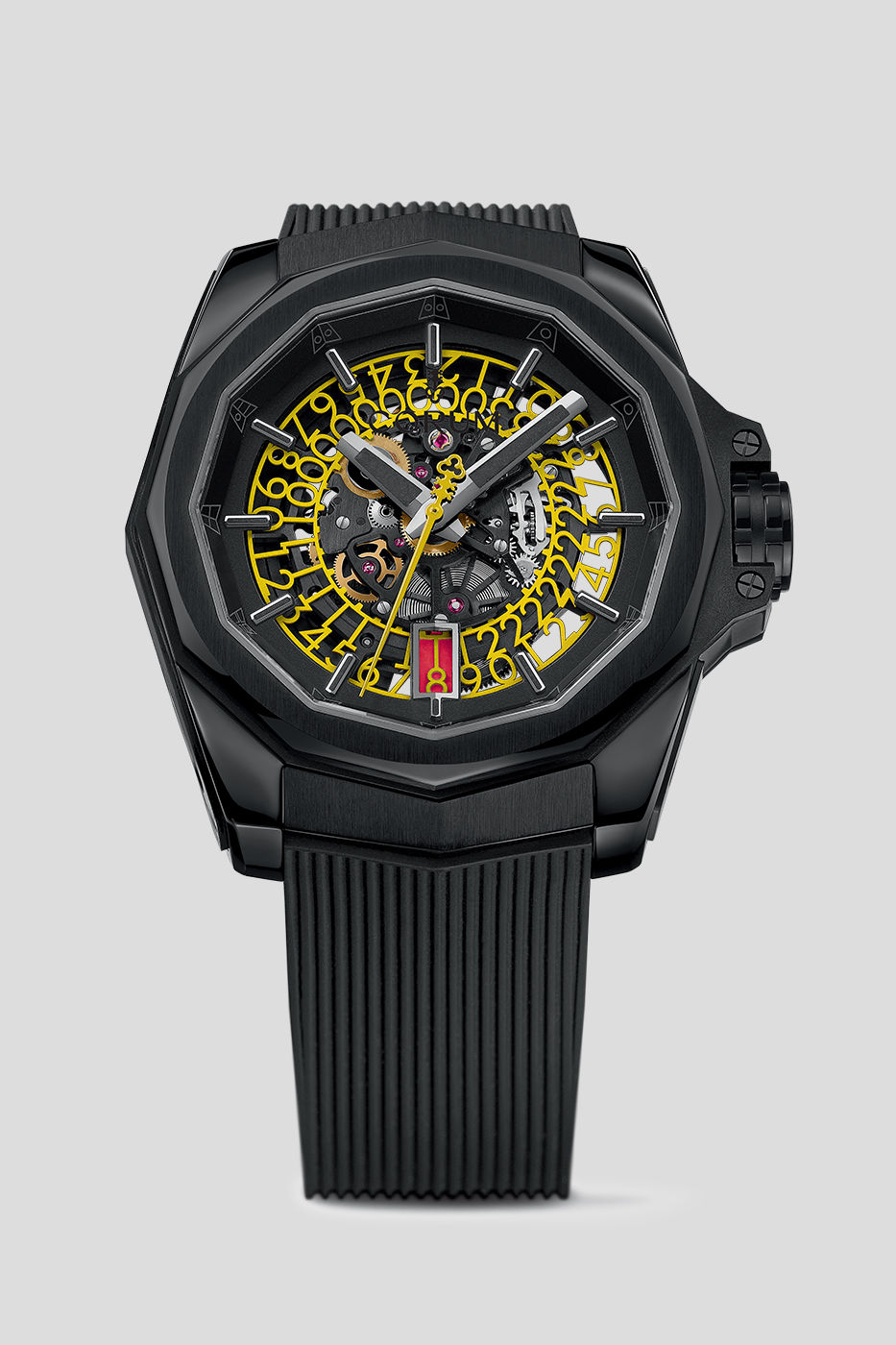 What are your avenues for product development in 2018?

Playing with the most iconic products – we’re fortunate enough to have lots of them. The most emblematic is the Coin Watch. It’s very contemporary, we’ve even managed to create a Bitcoin watch. I’d like to cultivate the notion of eclecticism and work on very different collections.

And what’s your strategy with regard to digitisation?

We launched our new website in mid-February 2018 and the high point is the opening of our e-boutique in mid-March. We’re convinced it will work, because people like buying over the internet, and also, we want to talk directly with our end customers.

A company like us, which produces 10,000 watches a year, needs to know its customers inside out. 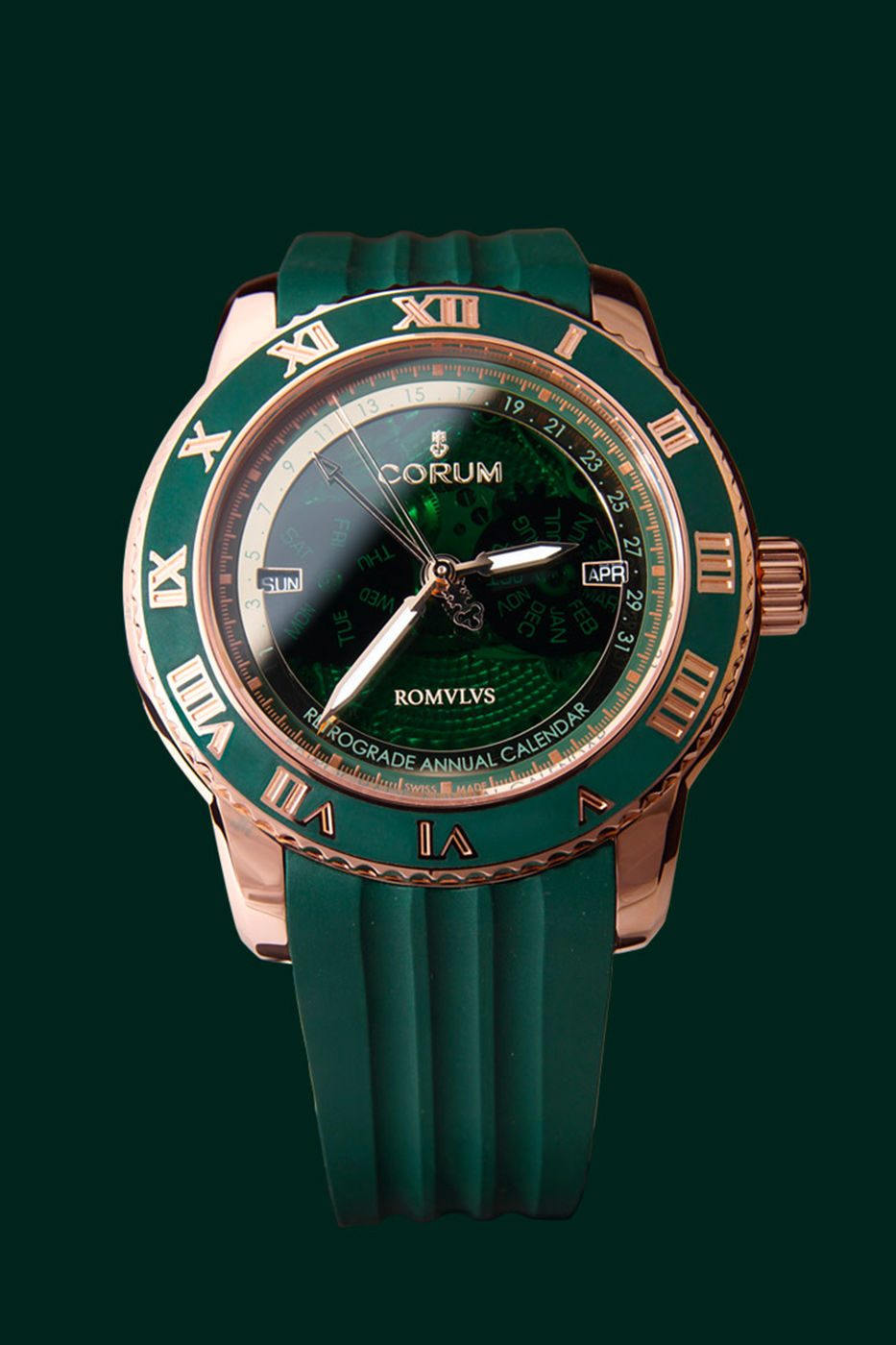 But isn’t opening an e-boutique going to create conflict with your retailers?

Our policy is one of retailer reward. If we feel that certain retailers have an important role to play and customers write to them, visit their boutique, and see them as a serious partner, they will evidently benefit from purchases from the e-boutique. But if we see that our brand isn’t doing any business there, we’ll take a tougher stance.

Ultimately, it will be a means of filtering the real partners from the “non-partners”. Of course, we’re going to protect the retailers by giving them exclusivity over certain references. What we’re going to be extremely touchy about is price control. We don’t want the internet to be synonymous with discount.

In fact you’ve cancelled your partnership with Amazon...

Yes, that was my first decision on arriving at Corum.

And if you could only keep one new model?

I’d like people to remember the Golden Bridge that was developed with the musician Joachim Horsley and decorated with an extract from the original score of Beethoven’s 7th Symphony. It’s a magnificent timepiece that’s paving the way to other, more poetic ideas. We’re going to offer our customers a personalisation service for this model. It’s a whole new phase in Corum’s development. 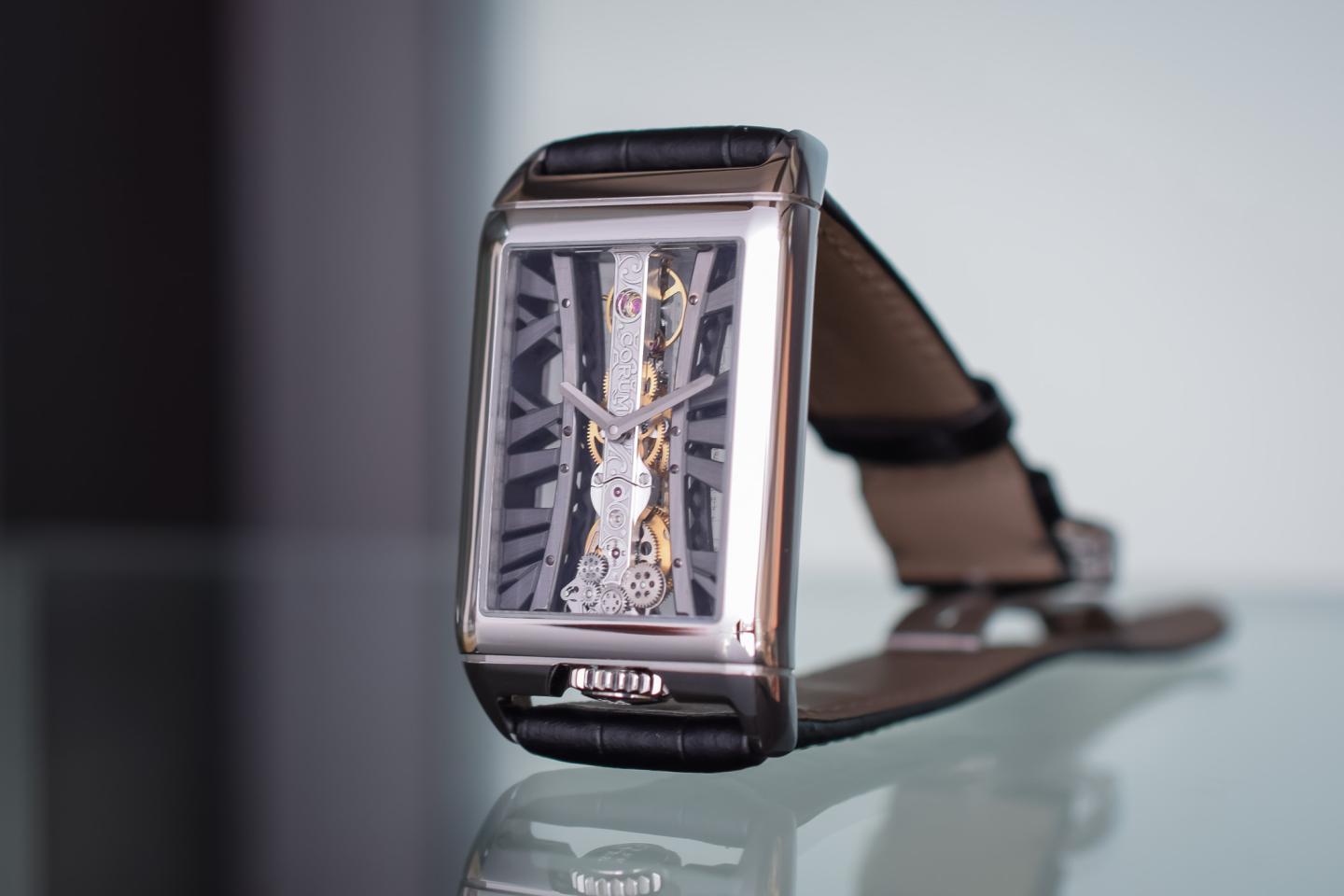