If you’re looking for something to brighten up your nights, this is it! Invisible during the day, Swiss Super-LumiNova® becomes apparent when the light dims. Just one touch of its phosphorescent magic, and millions of watch dials light up. We lift the veil on this lady of the night at the premises of its exclusive producer, LumiNova Switzerland.

If you’re looking for something to brighten up your nights, this is it! Invisible during the day, Swiss Super-LumiNova® becomes apparent when the light dims. Just one touch of its phosphorescent magic, and millions of watch dials light up. We lift the veil on this lady of the night at the premises of its exclusive producer, LumiNova Switzerland.
I

n the watchmaking world, Swiss Super-LumiNova® now reigns almost supreme. And yet it made its debut on the horological stage scarcely 25 years ago. At the time, public opinion was still reeling from the shock of Chernobyl in 1989.

Watchmakers, still recovering from the quartz crisis, were desperately searching for an alternative to tritium, which had already replaced the highly toxic radium. In China, Albert Reinhard Zeller, the head of a business specialising since 1934 in phosphorescent substances, the future RC Tritec, unearthed a luminescent ceramic based on strontium aluminate. 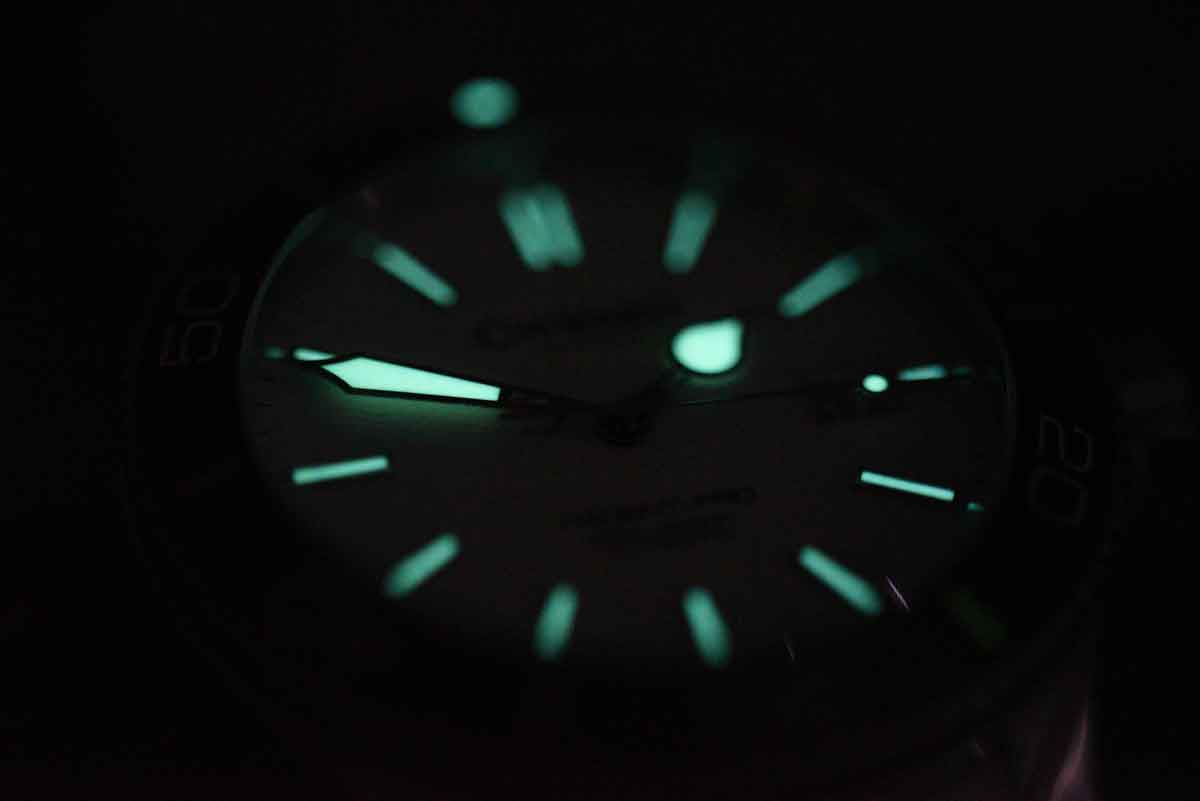 The result of that marked a turning point in watch luminescence. Nemoto, a longstanding Japanese partner, developed and then in 1994 patented a non-radioactive, non-toxic recipe that remained stable over time. Four years later, the two companies founded a joint venture, LumiNova Switzerland, to market it to watchmakers. The good news spread like wildfire, and first and foremost to the Swatch Group.

Since then, successive developments have improved the performance of the substance. This is how, in 2007, Swiss Super-LumiNova® – SLN to the initiated – came into being. Produced in Appenzell by LumiNova Switzerland, its magical properties are reserved for watchmakers.

The latest formula to be patented, Grade X1, offers an afterglow twice as intense and persistent as that of the 1994 version. And since one gram of the substance suffices for 100-500 dials, the handful of kilos concocted every year – mostly by the employees of RC Tritec – are shipped to every corner of the earth. The first operation consists of creating the mix of base components – from different crystals depending on the night-time colours. This very hard mixture is then sintered, that is, heated to a very high temperature to modify its molecular structure. It then cracks into blocks and, more importantly, becomes capable of luminescence. 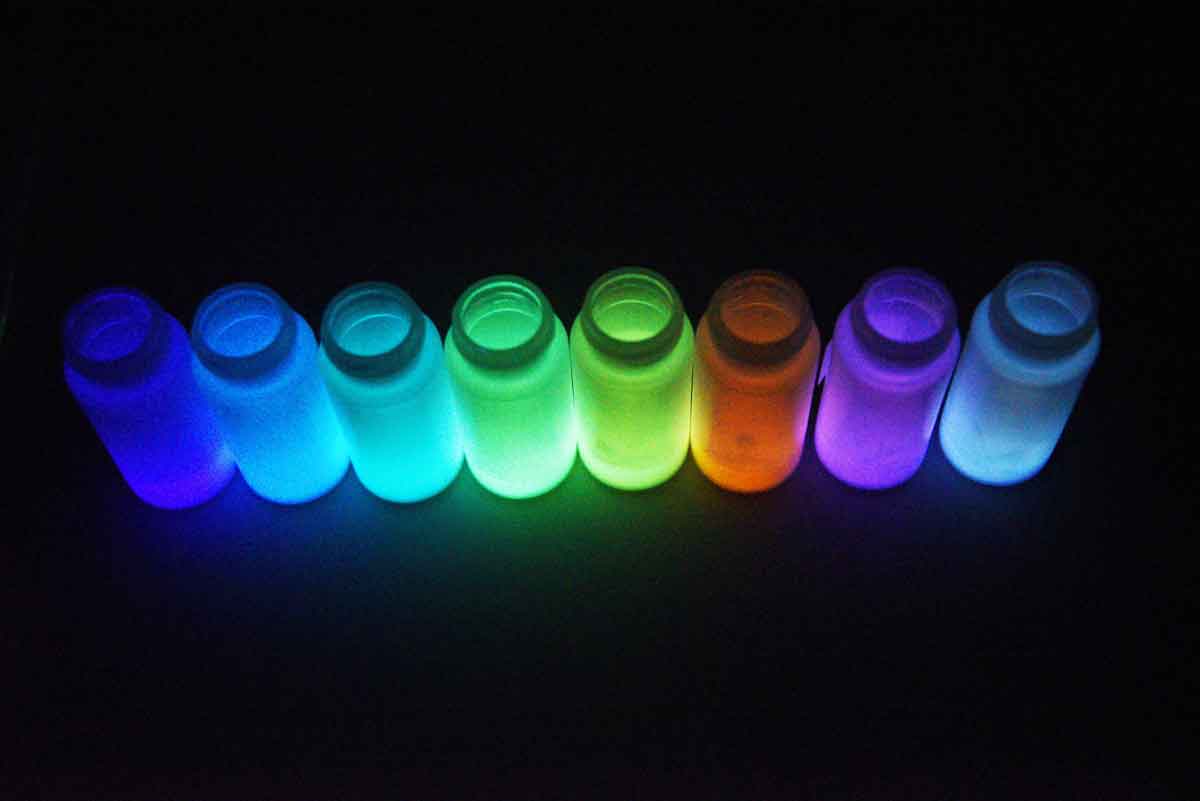 In the next stage, the operator reduces the blocks to powder using abrasive tools. Dexterity is crucial here, because of the modus operandi of phosphorescence. The base crystals contain electrons which, when subjected to the ultraviolet rays present in light, become active and rise to a higher level in the crystal’s electronic structure. Once in the dark, the electrons return to their initial state, shedding their energy by the emission of light – phosphorescence!

The trick lies in causing a maximum number of electrons to rise, then slowing their descent. Dysprosium makes it possible to create “traps” to capture the electrons at different levels. Ultimately, the more the powder retains its structure of stacked traps, the higher the performance.

The key role of this arrangement also explains the differences in the intensity of afterglow on completed dials: a thick, dense layer of coarse-grained pigments will provide the greatest phosphorescence. Similarly, LumiCast, the luminescent resin produced and moulded by RC Tritec, has proven especially effective thanks to its more concentrated pigments, which are less diluted than when applied by means of powder and binding agents.

The next room is devoted to prototyping and development, as well as new daytime colours. The possibilities cover the entire Pantone palette, although red and black are less suitable since those colours partly absorb the phosphorescence. But for aesthetic purposes, some watchmakers accept these limitations.

Lastly, since the fashion for vintage has taken us back to the future, one of the favourite shades is “old radium”. R&D has recently expanded the range of night-time colours beyond the usual green and blue. In 2017, LumiNova Switzerland introduced purple and white, and last June dark blue, orange, pink and yellow. To develop them called for new base crystals in each case – they are what influence the wavelength of the light emitted by the electron, and consequently the colour perceived by the eye. 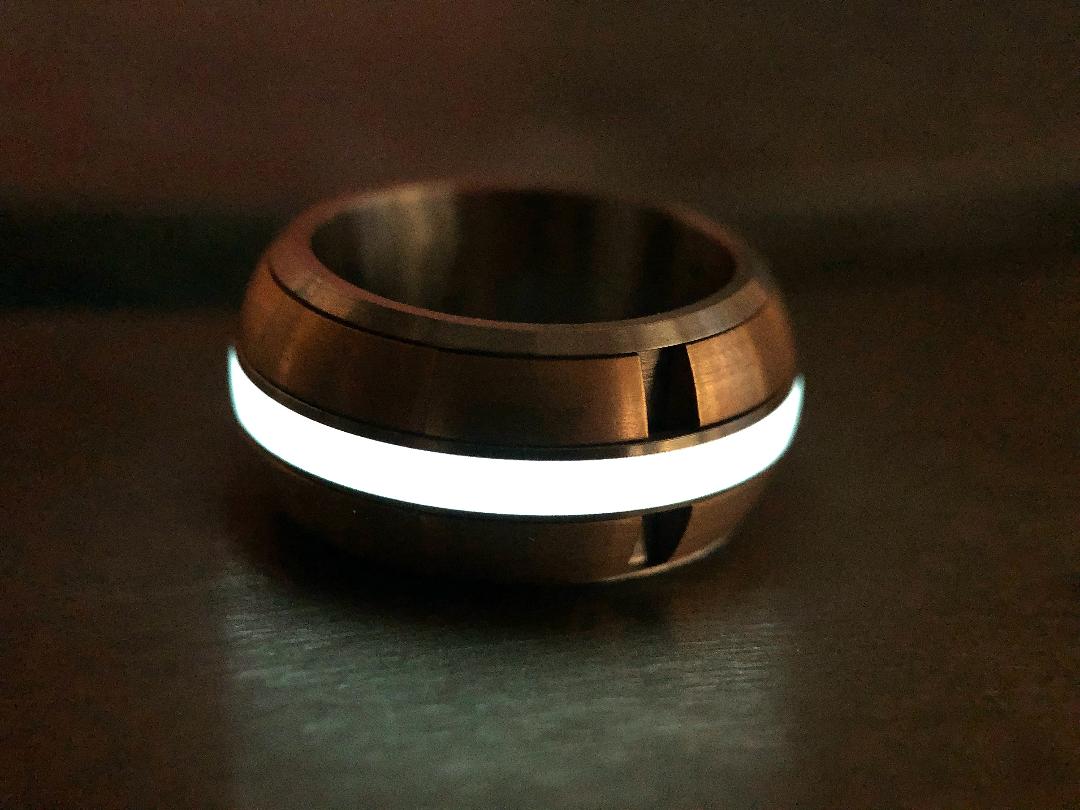 But how? The exact phenomenon is still mysterious and is explained by “models”, simplified representations. Scientists presume that the distribution of certain co-doping ions and their distance from the structure of the crystal create the colours. Obscure as the explanation is for the common mortal, the actual applications are set to get designers buzzing.

And so we conclude our visit to LumiNova Switzerland, our heads full of all the brilliant possibilities, either seen or soon to be discovered in watches. From the small Swiss town of Teufen, the flasks filled with pigment make their way to companies specialising in applications for luminescent matter all over the world – before the illuminated components return to the watchmakers, ready to shine.

LUMINESCENT CAPSULES FROM MB MICROTEC (TO BE CONTINUED)

From 1963, tritium replaced the highly toxic radium on dials. While watchmakers no longer use this in powdered form, some use its gaseous version. Back in 1969, MB Microtec developed Trigalight® technology. This enables gaseous tritium to be totally isolated in glass microtubes, which are then lasersealed. The walls are covered in zinc sulphur, which produces the luminescent effect. These capsules offer steady phosphorescence which requires no re-charging, although it is limited in time (around 70 years). Today, the company is a supplier to some forty brands. It has also developed its own brand, called Traser (see p. 124-125), which was originally designed to showcase its know-how. This autumn, MB Microtec will be inaugurating its new factory – a somewhat unusual one, dedicated to the technology of encapsulated gaseous tritium. You can find out about this visit in a future edition of Europa Star.

THE NEW KID ON THE BLOCK: BADGERITE

And what if luminescence was the actual creative starting point? This was the premise of Black Badger, aka Canadian-born Swedish resident James Thompson, who for several years now has been providing inspirational highlights for the watchmaking industry. His partners include several independent watchmakers, such as MB&F and Stepan Sarpaneva. This light-wielding wizard now has a new toy to play with in his panoply of luminescent materials: Badgerite, the result of a collaboration with RC Tritec. Combined with a special binding agent and varnish, this liquid application of Swiss Super-LumiNova® offers better performance and more colours than the Ambient Glow Technology composite previously used.