The most accurate clock in all of Baselworld was to be found on the Urwerk stand. Actually called AMC, short for Atomic Master Clock, it is a new, atomic take on the ingenious device invented by Abraham-Louis Breguet called the Pendule sympathique, or “sympathetic clock”.

The most accurate clock in all of Baselworld was to be found on the Urwerk stand. Actually called AMC, short for Atomic Master Clock, it is a new, atomic take on the ingenious device invented by Abraham-Louis Breguet called the Pendule sympathique, or “sympathetic clock”.

It was in 1795 that the prolific Abraham-Louis Breguet first described the clock on which he was working. He wrote to his son, asking him to be very discreet about the invention: “I have invented a way of setting and regulating a watch without any human intervention. Every evening when you go to bed, you insert the watch into a special clock. In the morning, or one hour later, the watch will have adjusted itself exactly to the time of the clock. You do not even need to open the watch to effect this operation.” 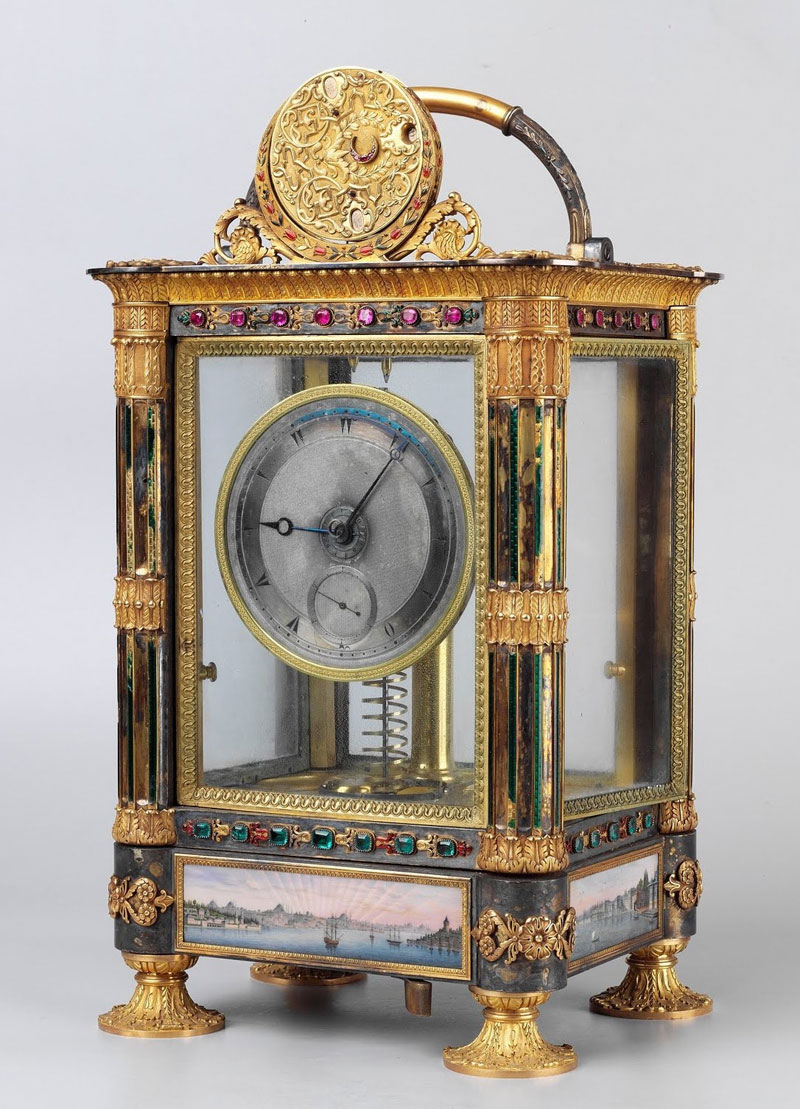 Breguet’s sympathique clock, offered by the French government as a gift to Sultan Mahmud II. Today on display in the Topkapi Palace Museum.

When you place the purpose-designed pocket watch into a cradle on top of the clock, the latter automatically regulates it and sets it to the right time. This complex operation is carried out by a metal rod which extends from the clock into the watch. This enables the watch mechanism to compare the hour shown with that of the master clock, synchronise it by correcting the minute and hour hands, to adjust its rate and – an innovation made by Louis Breguet, the son of the celebrated watchmaker – rewind the watch. Quite simply amazing.

Detail of the mechanism linking the watch to the master clock. 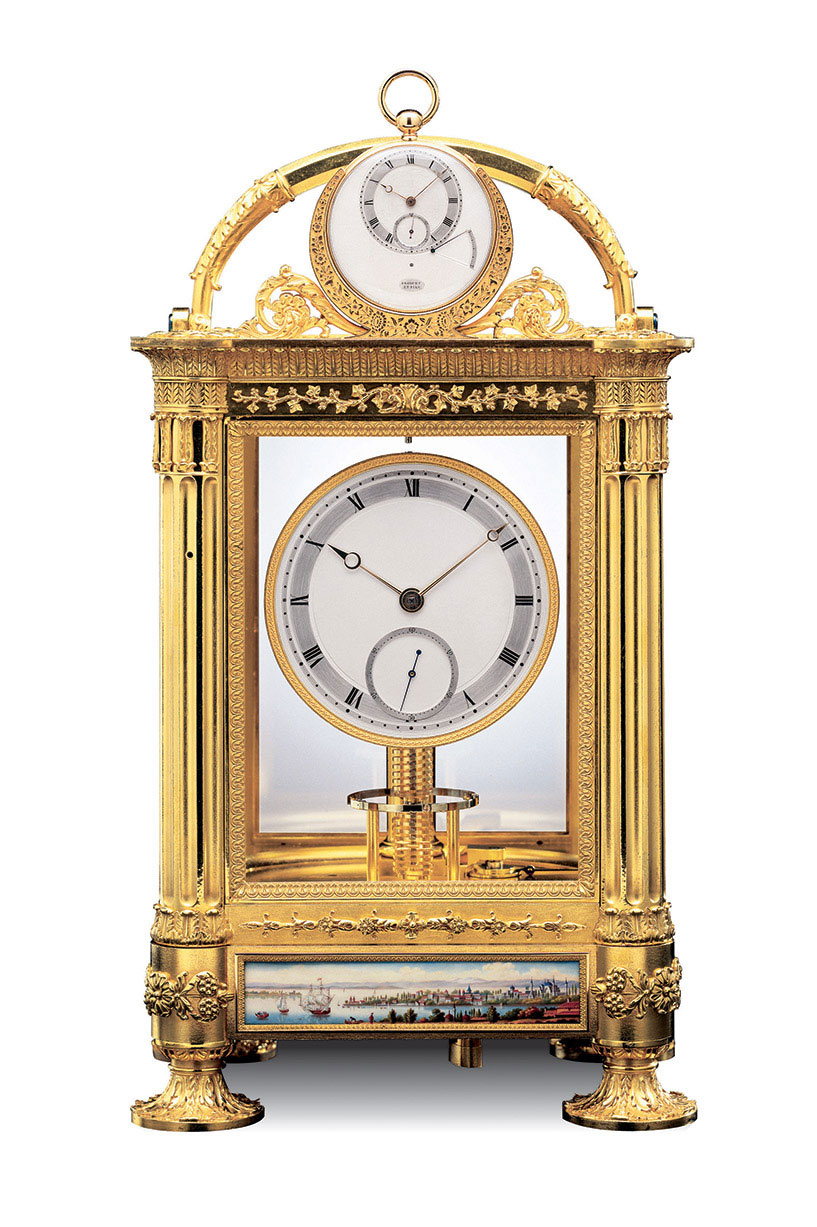 In 1834, Louis Breguet, Abraham Louis’ son, filed an additional patent for the sympathique clock: a system that also rewound the watch.

A history of transmission

It was as a very young child that Félix Baumgartner, the co-founder of Urwerk with Martin Frei, discovered this fascinating mechanism. He can still remember how one evening his father, a watchmaker and restorer specialising in decorative clocks from the seventeenth to the twentieth centuries, opened a book and explained Breguet’s invention to him– a rare and fascinating object that he has never forgotten. 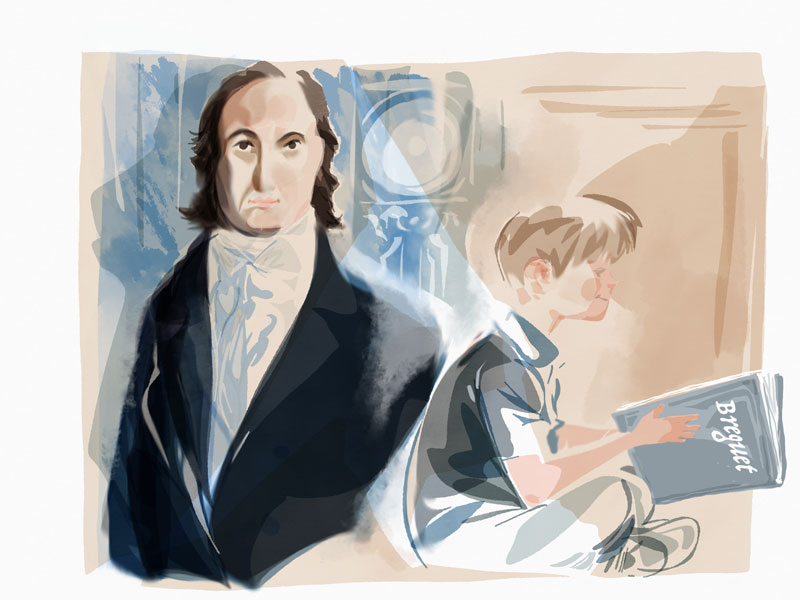 “The idea of a master clock controlling the precision of a “slave” clock is taken so much for granted today that we don’t even think about it: our mobile phones, for example, show the time transmitted by a master clock, as do smart or radio-controlled watches. But any kind of mechanical transmission like this, from a master clock to a totally mechanical watch, had been long forgotten,” explains Félix Baumgartner.

Hence the idea of recreating a sympathique clock. But Urwerk – known for its avant-garde mechanical watchmaking and its formal and technical experimentation, exploring such territory as hybridisation (remember their EMC model, standing for Electro-Mechanical Control, which offered ultra-precise electronic measurement of the rate of the fully mechanical movement via a pushbutton?) – could not be content with simply reproducing Breguet’s invention of 220 years earlier. The rather crazy option chosen by Urwerk’s creative duo was to turn their attention to the most accurate master clock of all – the atomic clock. 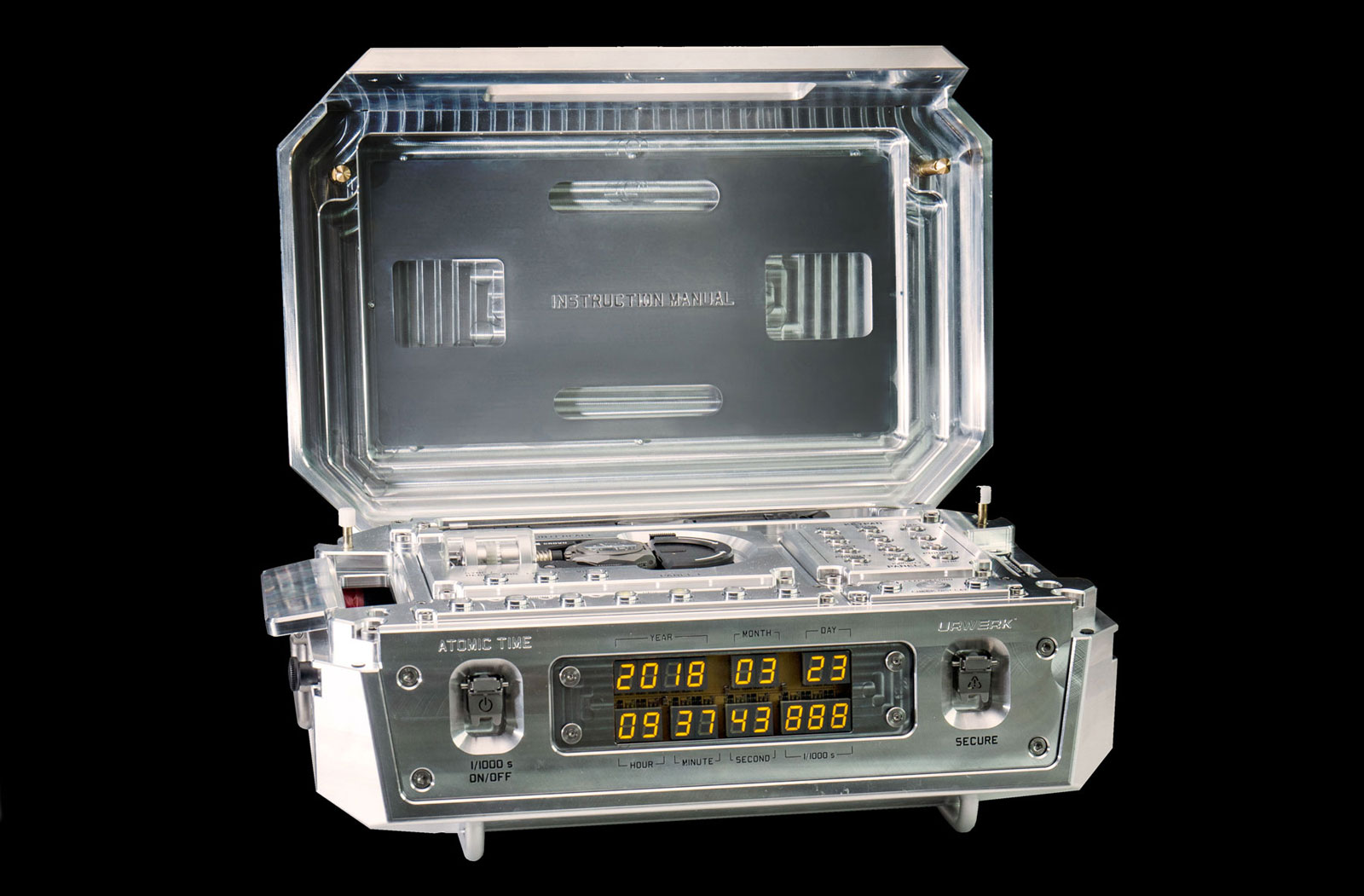 So it is that the sympathique has evolved into an ultra-high-precision atomic clock that cradles an entirely mechanical, purpose-developed wrist watch that is rewound, reset and regulated via a highly complex mechanical link.

Weighing nearly 25 kilos, Urwerk’s atomic clock, which was developed specially for this project, is a dual oscillator type, using ions of YIG (standing for yttrium iron garnet) and rubidium. It has been engineered to function at any voltage, meaning it can be put into service anywhere in the world. The rubidium is radioactive, but no need to fear: the level of radiation is extremely weak (so much so that a single sheet of paper can block it). It is accurate to within one second every 317 years.

The watch itself was, of course, specially designed for this AMC project. It interacts with the master clock in three ways: regulation of the rate – the most complex task – synchronisation of the minutes and seconds, and the winding of the two barrels (the power reserve is four days). 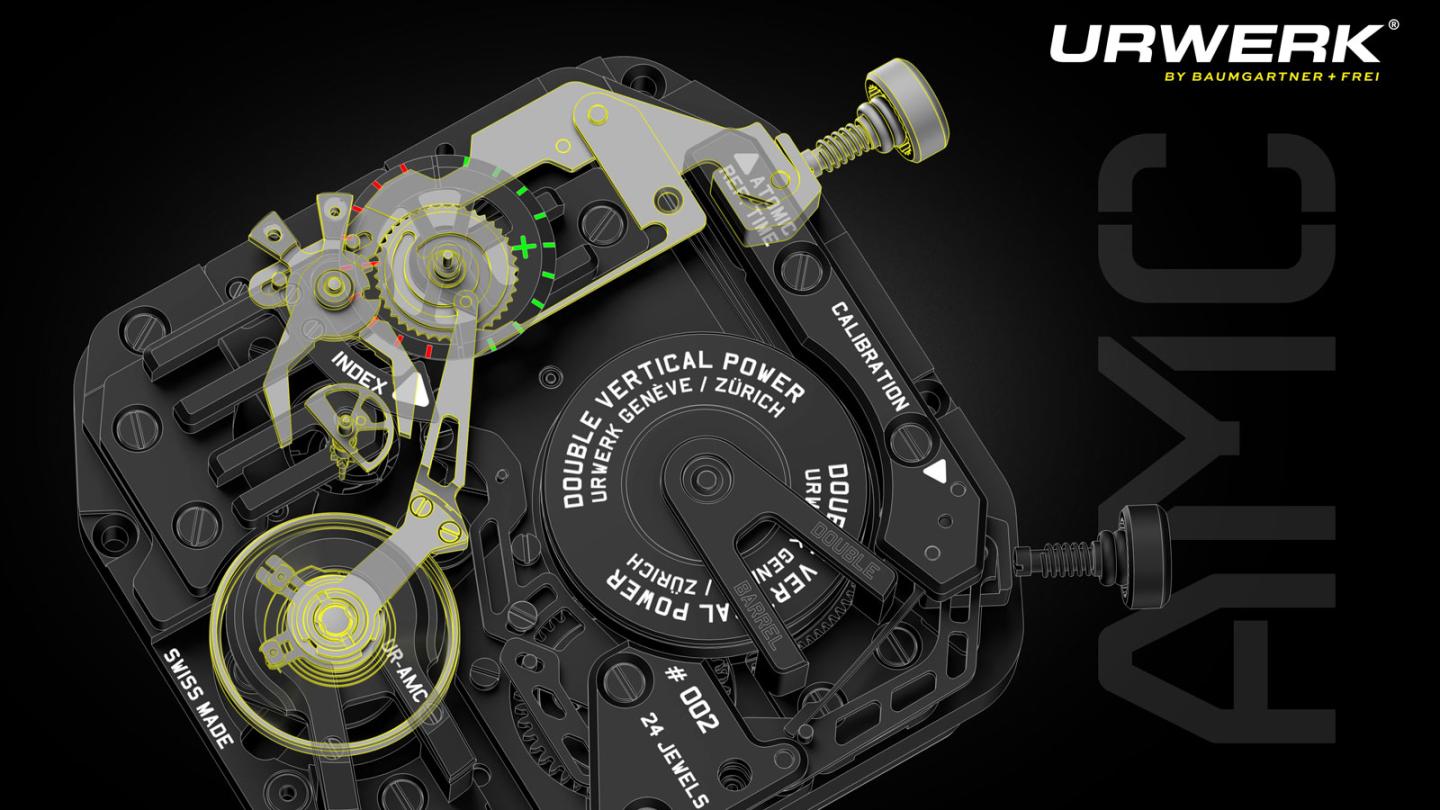 As with Breguet’s sympathique clock, the mechanism that allows the rate of the oscillator to be adjusted is built into the watch itself. This is triggered by a rod that extends into the watch and, as Urwerk explains, “pushes on the foot of a lever with a pair of callipers pivoting on a common axis at the opposite end of the lever.

But the operation does not stop there. For the technical anoraks among you, here’s what happens next: “Each jaw has a tooth on its central pivot, which engages a toothed wheel with a spiral cutout, moving it either clockwise or counter clockwise. A peg at the end of the index lever rides in the spiral cutout. When the spiral turns, the peg shifts the index lever to speed up or slow down the rate of the watch. The wheel with the spiral cutout is held by a jumper spring against its teeth; each tooth represents an adjustment, plus or minus, of about 2 seconds a day.” 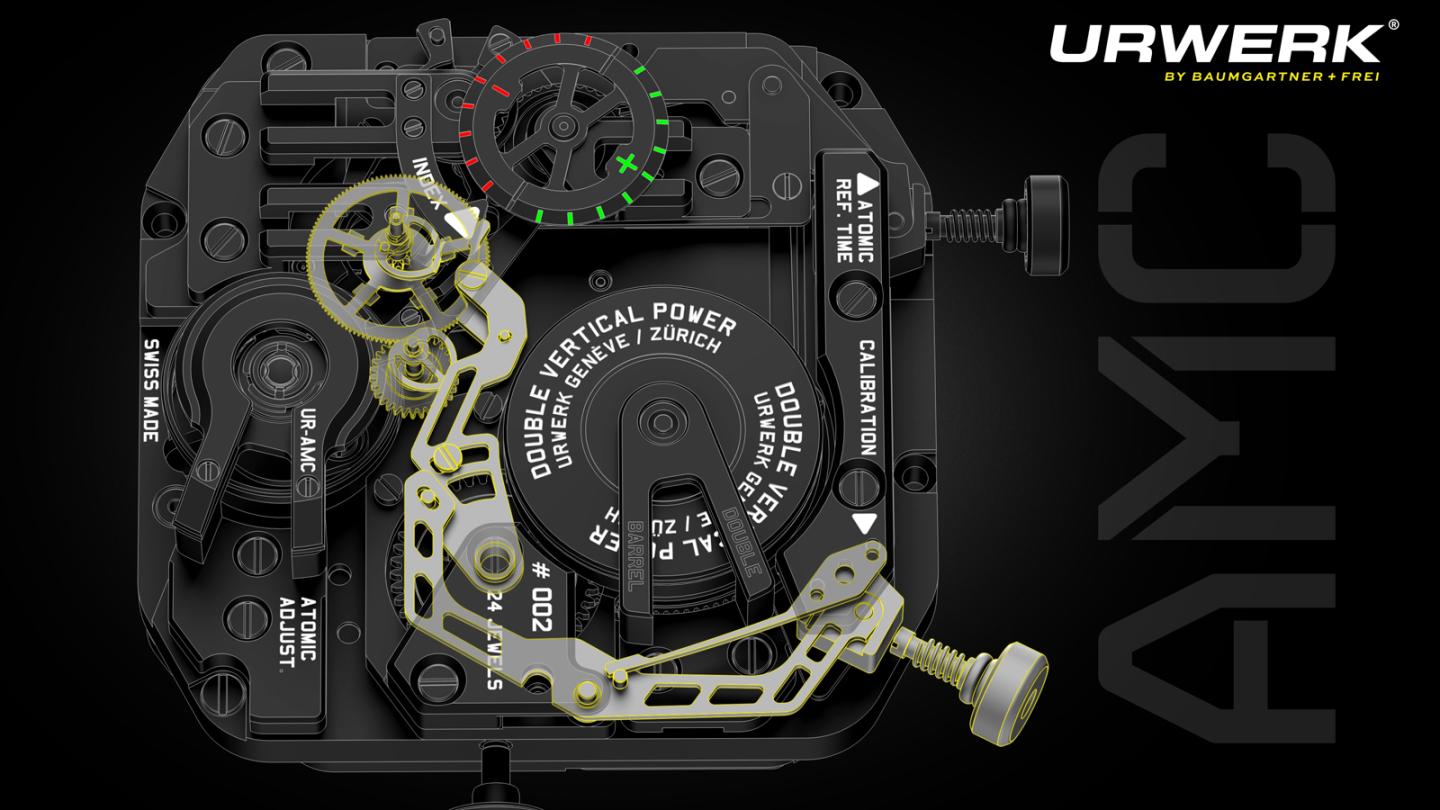 The mechanism for synchronising the seconds and minutes is similar to that of the reset-to-zero mechanism in a chronograph. It is activated by a pusher triggered at a certain time by the atomic clock. Once again, here’s how it works: “The pusher moves a system of two levers, the last of which has hammers that fall on heart-shaped cams. The heartpiece for the seconds display is on the seconds wheel of the movement, while rotation of the heartpiece for the minutes is transmitted to the minutes hand via an intermediary wheel. As in a conventional chronograph, the heartpieces rotate under the pressure of the hammers until they come to rest with the faces of the hammers at the lowest point of the cams, which corresponds to the zero position for both the seconds wheel and the minutes hand. The watch is now synchronized with the clock.”

As for winding the watch, this is the most straightforward element in this ultra-complex assembly: a shaft extending from the clock acts on the crown to wind the watch when the latter is placed in its cradle. 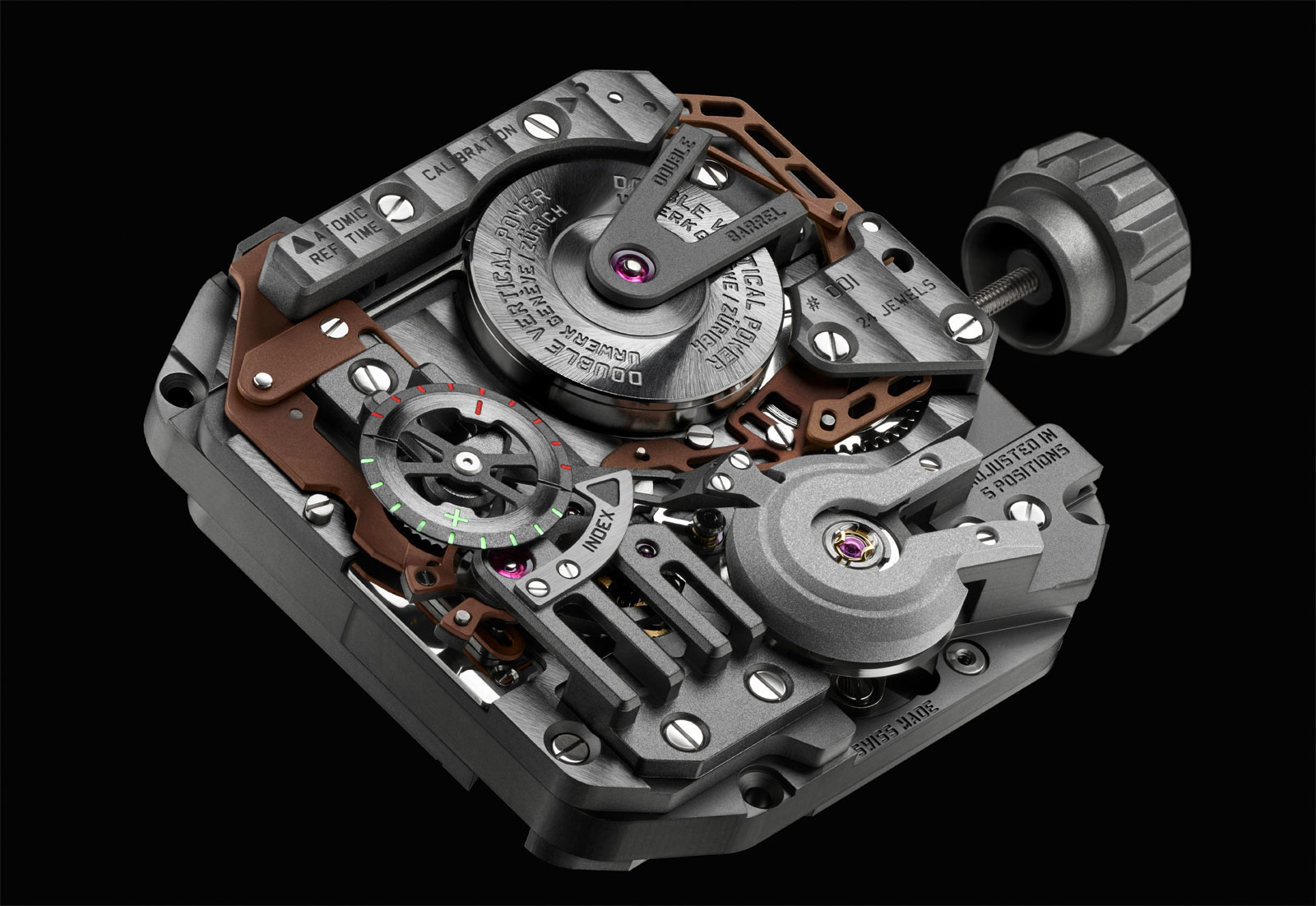 This exceptional timepiece demanded years of research and engineering. But what is the point, we asked Félix Baumgartner, since this atomic precision is not perceptible at the human scale? “It’s a timepiece that belongs first and foremost in a museum,” Félix admits, “and that how we’ll be presenting it.

But it represents a unique combination – of the atomic and the mechanical – in the history of timekeeping. On the one hand, there’s the mechanical engineering, the conceptual basis of which reaches back to the seventeenth century, while on the other there’s the technology that represents the cutting edge of modern horology. By marrying electronics, atomic technology and mechanical horology, we have merged two historically separate approaches to timekeeping. We are celebrating the fascination exerted by this crucial but still mysterious dimension of our lives. And at the same time offering a unique object, which represents the cutting edge of modern science while being the descendent of ancestral mechanical horology.”

Not to mention the fact that, with this unparalleled achievement, Urwerk is opening a window on a future as yet unknown. 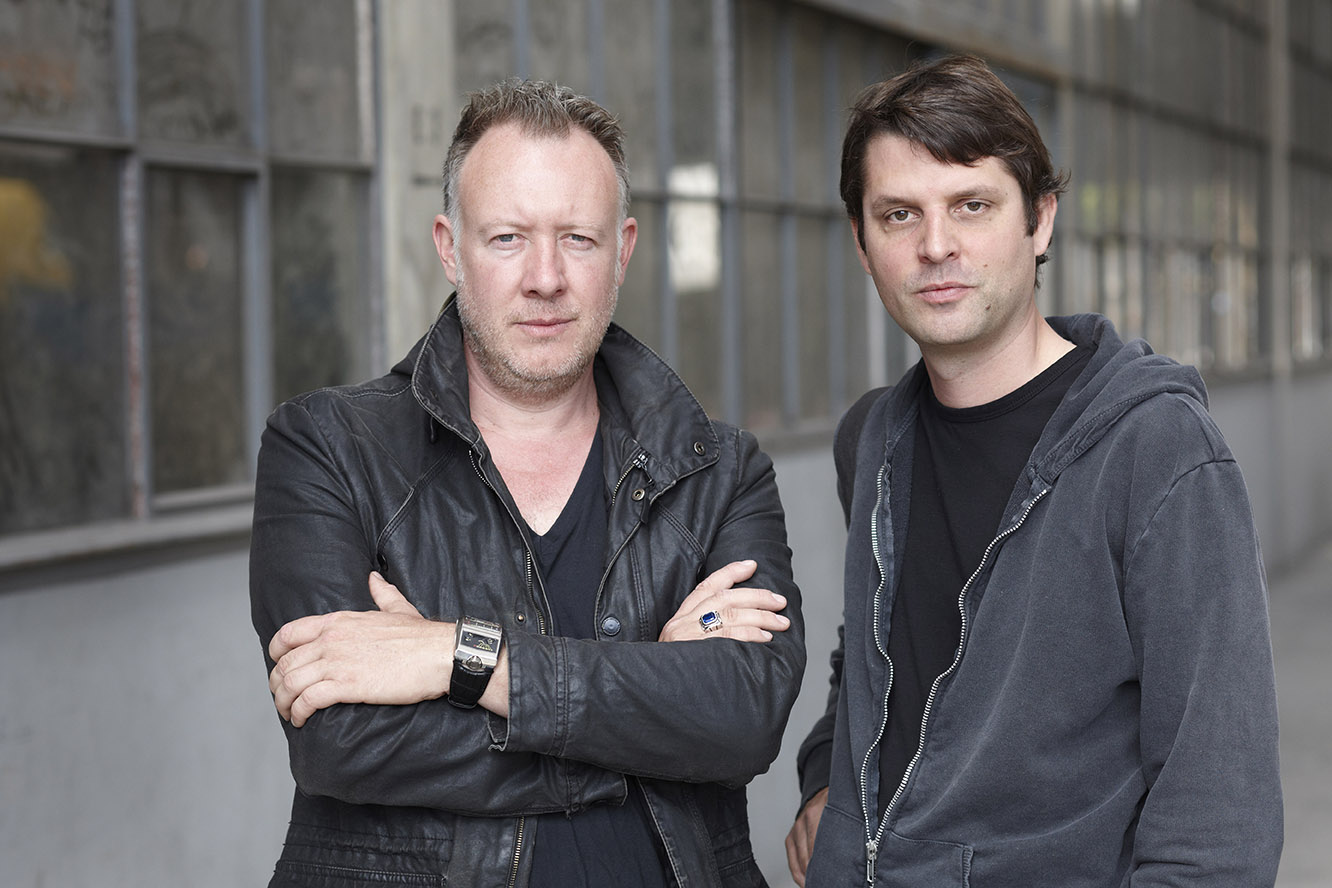 TIME.BUSINESS The watchmaking industry shoots at hoot and slide, and everyone starts to play in their own corner. My living room, my exhibition, my summit, my meetings. (...)