The Swiss brand keeps up with its playful spirit and organises a new global watch hunt. Participants can win this time a limited edition of the Aikon Venturer model. Here is more.

The Swiss brand keeps up with its playful spirit and organises a new global watch hunt. Participants can win this time a limited edition of the Aikon Venturer model. Here is more.
A

#Timecode is played online in almost ten cities around the world, with players rushing to keep up with the passing time. Winners will receive the first models in a limited edition of the Aikon Venturer watch, custom-designed for the occasion and released in a series of 500.

The aim of the game is collect as many time-credits or #Timecode as you can by exploring a city in all its hidden corners, as well as places that are signposted.

For eight days in each city, the #Timecode will appear on a map in constantly changing locations, or via a series of clues that can be found on social media. Once players have located the #Timecode, they must go and physically collect them and activate them on their smartphone. Some are permanent, while others pop up for a while before disappearing, so players must be ready to go at any moment. The winner will be the person who has collected most #Timecode at the end of the game.

What about the watch created for this new game?

The Aikon Venturer Limited Edition is based on the blue version of the original model. This on-trend colour is used both on its ceramic bezel and sunray dial, set off by orange hour-markers. The metal appliques marking the hours are coloured orange. It sits on a five-link satin-finished steel strap fitted with the EasyChange system. You only need one hand to change it for the blue leather fabric-effect strap with orange topstitching, which comes in the same case. 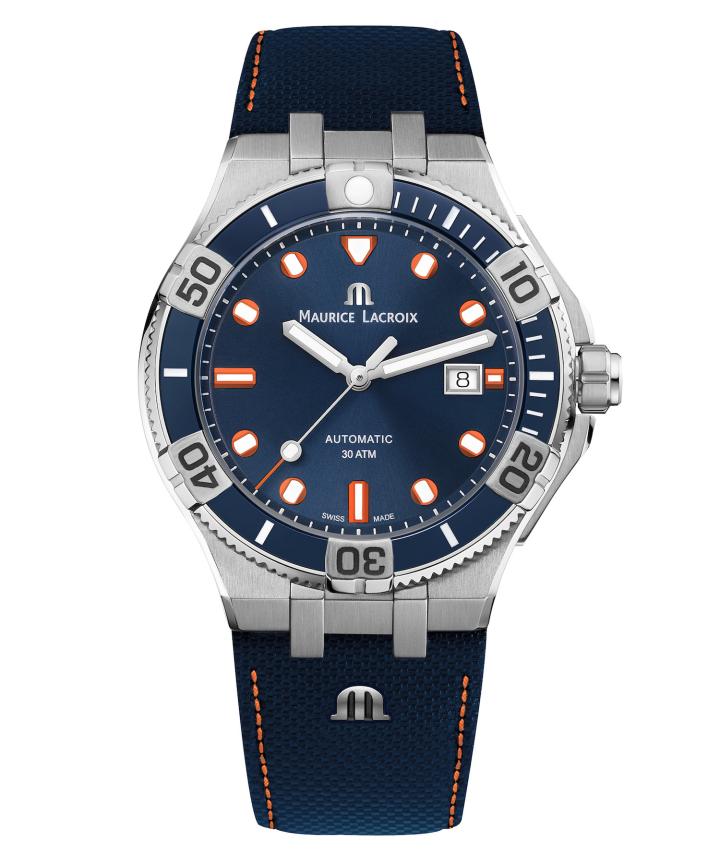 The Aikon Venturer is descended from the Maurice Lacroix Calypso, which included a diver’s version at the time. This steel watch was one of the brand’s iconic models in the 1990s and bore the same design codes that live on in the Aikon Venturer: the integrated and water-resistant case, the six-arm bezel surrounding a flat sapphire crystal, and the strap marked with an applied M logo. 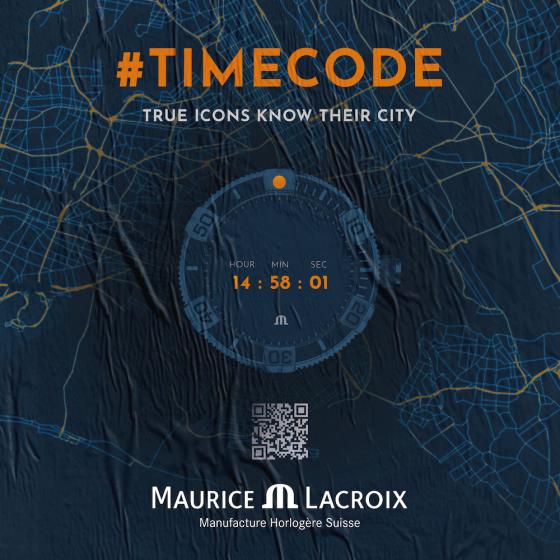 In 2016, Maurice Lacroix produced a contemporary reinterpretation of this iconic piece with the quartz Aikon. In 2018, an entire collection of automatic timepieces continued the saga. Now in 2019, a new branch of the Aikon generation is born with the Venturer version.