The startup brand is proposing a new kind of partnership to retailers, with its modular components that can form an infinity of watch variations. It aims at offering a solution to the tricky questions of inventory management for watch sellers and changing tastes for watch buyers. An introduction.

The startup brand is proposing a new kind of partnership to retailers, with its modular components that can form an infinity of watch variations. It aims at offering a solution to the tricky questions of inventory management for watch sellers and changing tastes for watch buyers. An introduction.
H

egid is not your usual startup popping out from the internet. Thought by a team of experienced watch professionals, the company aims at transforming the very way timepieces are sold. Think about it: the brand proposes kits of accessories (bracelets and carrures) around a set of capsules, to easily transform our timepiece rather than buying a new one. The birth of “evolutionary watchmaking”, as we wrote in our first article about Hegid (read it here if you’ve missed it).

While giving a multiplicity of choices to the consumers, a key element was to simultaneously - and maybe paradoxically - build a clear brand identity.

“We want to reinvent the notion of watchmaking heritage,” says cofounder Henrick Gauché, who worked during more than a decade for major Swiss brands. “For the first time, a watch complication is located... outside of the watch itself! In 20 seconds, you can switch from the adventurer’s watch to the dress watch. Over time, each owner of a Hegid timepiece will build the watch that matches 100% his personality. I like the idea that we all want to be different. But an important part of the project is to achieve this flexibility while meeting the tech requirements of true quality timekeeping.”

While giving a multiplicity of choices to consumers, another key element was to simultaneously - and maybe paradoxically - build a clear brand identity. This is a fine line... “The challenge is really to keep a unity in everything we do,” continues Gauché. “The first person we hired was an artistic director to conduct this delicate task. Indeed, the remark that comes out every time we discuss our project with watch insiders is the following: ’you give too much freedom to the customer’!” 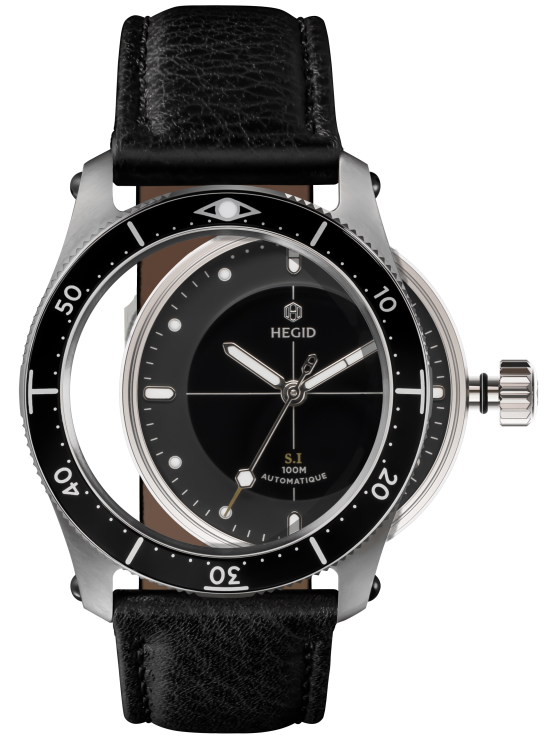 Full disclosure with the retailer

However, the main disruption with the innovation brought by Hegid might not event be the product itself... but the new possibility of working partnership it offers to traditional retailers, in an age where watch distribution is being torn upside down.

The idea of Hegid is to work with watch stores as “showrooms”, where customers come primarily to see and test the watch. If they place their first order from this store, then the retailer will receive the commission on this sale but also on future ones (for exemple of accessories) made online by this same customer. The incentive is achieved through an affiliation technology that both tracks to which retailer goes which buyer and gives special advantage (such as an extended warranty) if the buyer goes through this specific retailer when he first buys a Hegid timepiece.

“A QR code, or even a dedicated app, also allows for each retailer to see in real time our level of inventories,” says marketing director Emeric Delalandre. “We want to operate in full transparency and disclosure with our partners to ameliorate the efficiency of sales.”

This system actually matches the one proposed in Europa Star more than two years ago by analysts Caroline Buechler François-Xavier Mousin (see their column “Retailers Need to Turn into Gallery Owners” here)!

The main disruption with the innovation brought by Hegid might not even be the product itself... but the new possibility it offers to traditional retailers, in an age where watch distribution is being torn upside down.

“This is our way of reconciling traditional in-store sales and e-commerce: retailers don’t need to buy stock and they are remunerated according to commissions,” continues Delalandre. “This system is already used in the fashion and in the car industry , especially when brands work with influencers. A separate project that we conduct is hence to propose this technology to other watch brands.”

Each retailer would have at his disposal the current collection, so far consisting of two capsules, five cases and ten bracelets. Every three months, new Hegid products (capsules or accessories) will be launched, starting from October. As soon as an order is placed, the timepiece is shipped from the brand’s headquarters in Paris to the customer’s home or to his local retailer.

“We are appealing to a slightly younger audience than the traditional luxury clientele, with a core customer base from 25 to 50 years old,” says Delalandre. “One of our particularities has been to choose the label Made in France, although we use Swiss calibres. We would like to convey a certain idea of French touch with our timepieces. We start our distribution in Europe and we identify promising market opportunities in Japan and in the United States.”

“We are appealing to a slightly younger audience than the traditional luxury clientele, with a core customer base from 25 to 50 years old.”

The brand is now looking to build a network of partners (watch specialist retailers and concept stores) ready to embrace its innovative concept. To launch the project, it also started a flagship store in Paris, which is now being transformed, in order not to compete with partners. “We are transforming the store into a showroom to receive journalists and buyers,” says Gauché.

Last but not least, the Hegid modular concept was competing at this year’s Grand Prix d’Horlogerie de Genève in the newly-created Challenge category. Another way for the brand to make a statement about its intrinsic tech value, not to be confused with yet another Kickstarter brand! 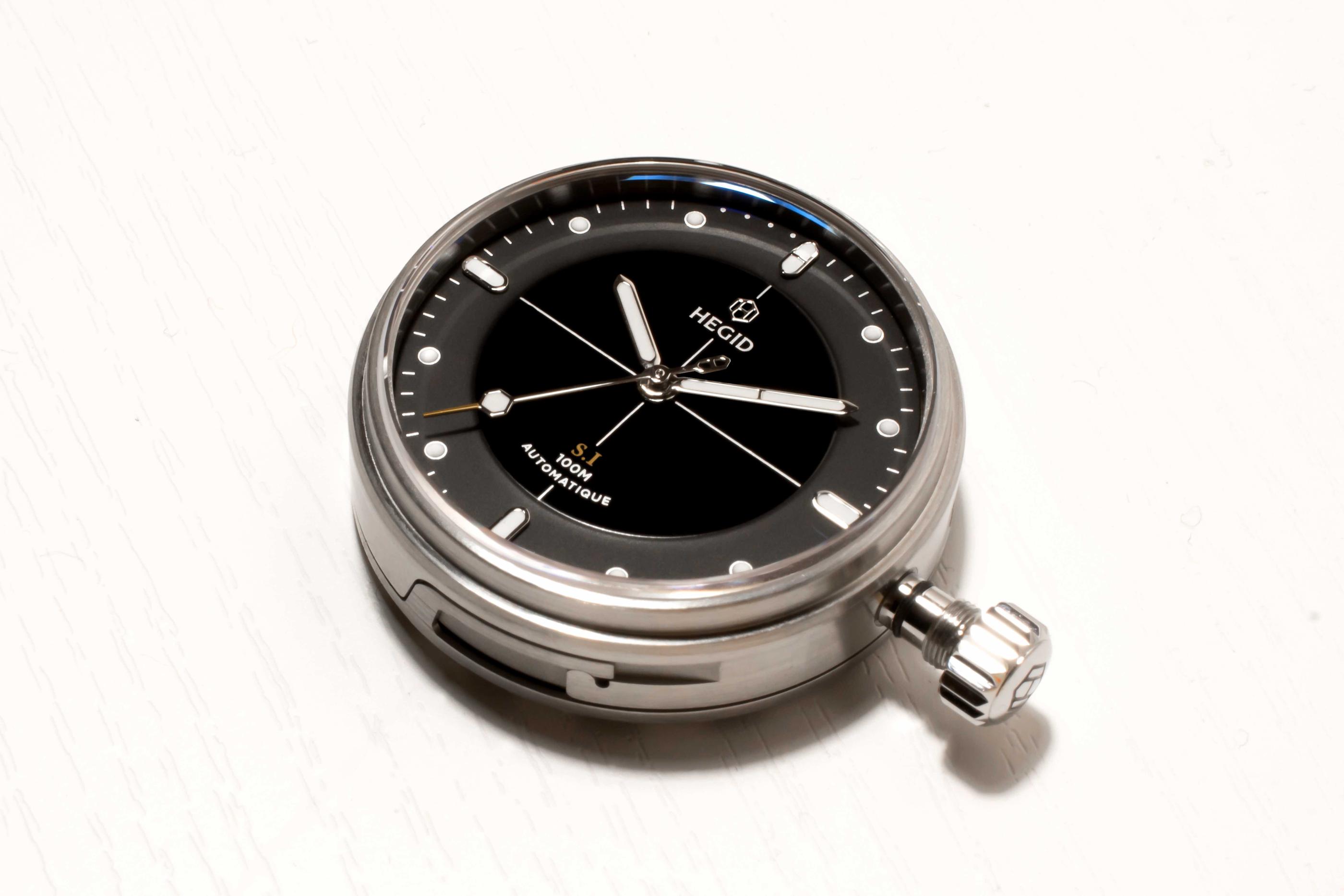 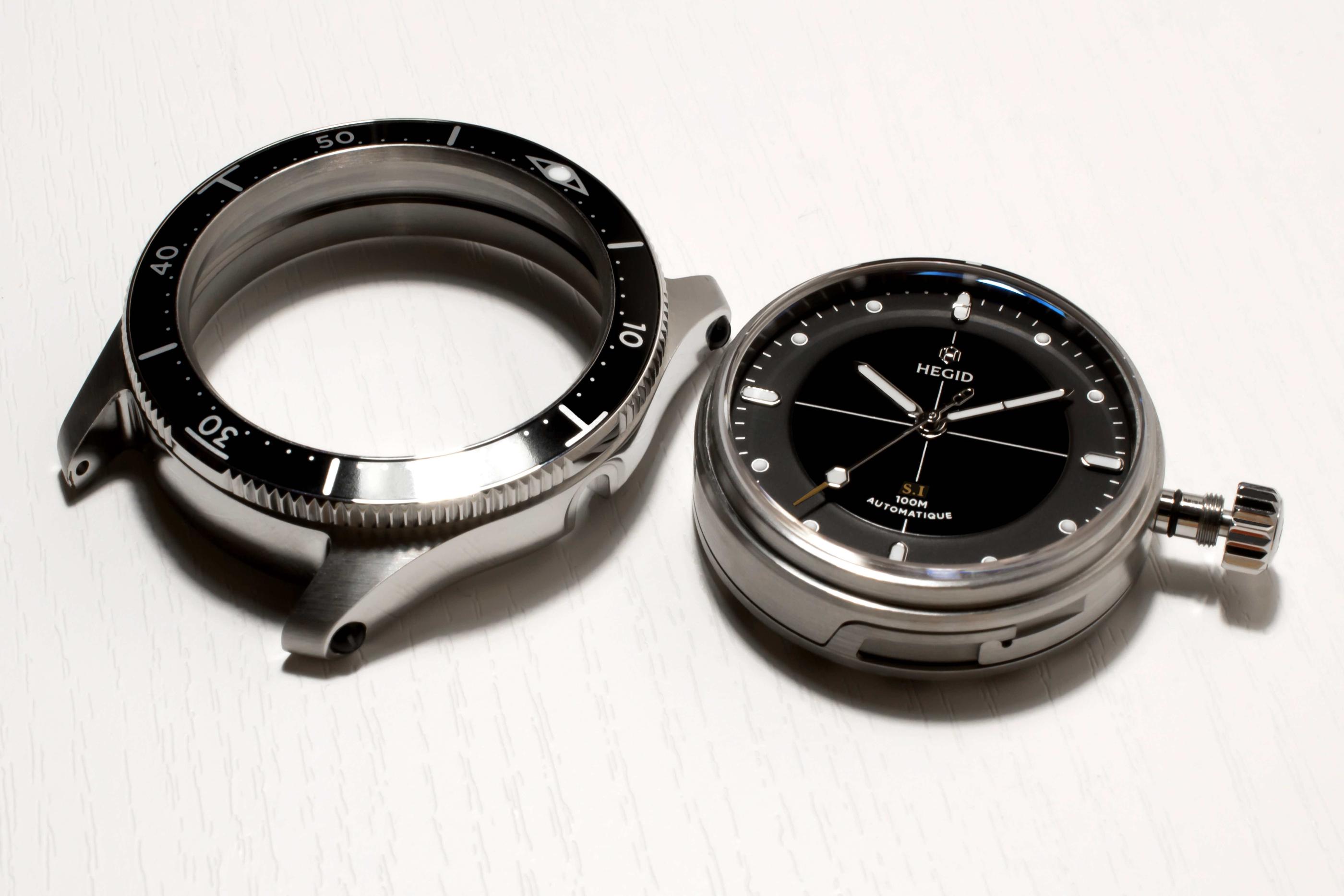 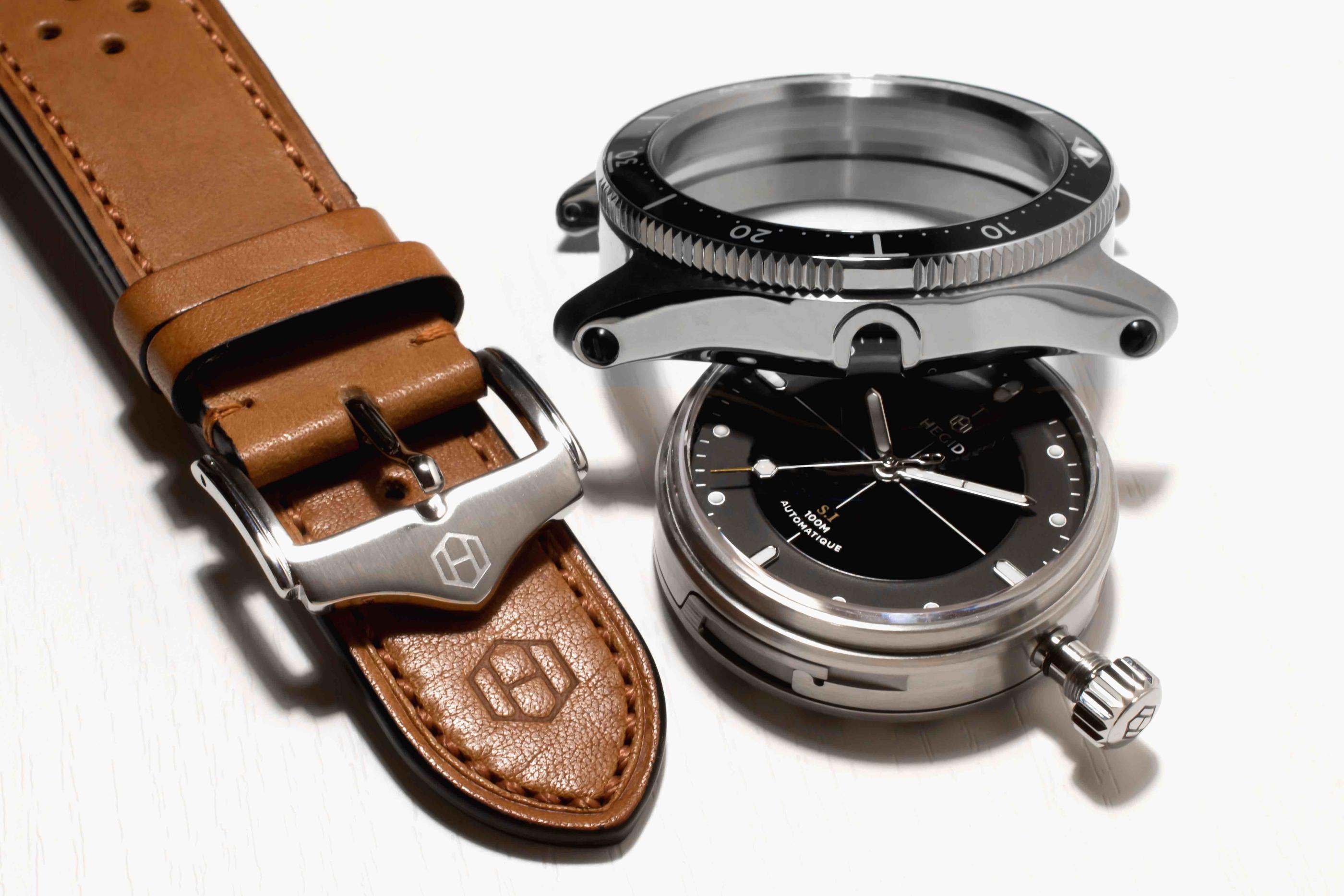 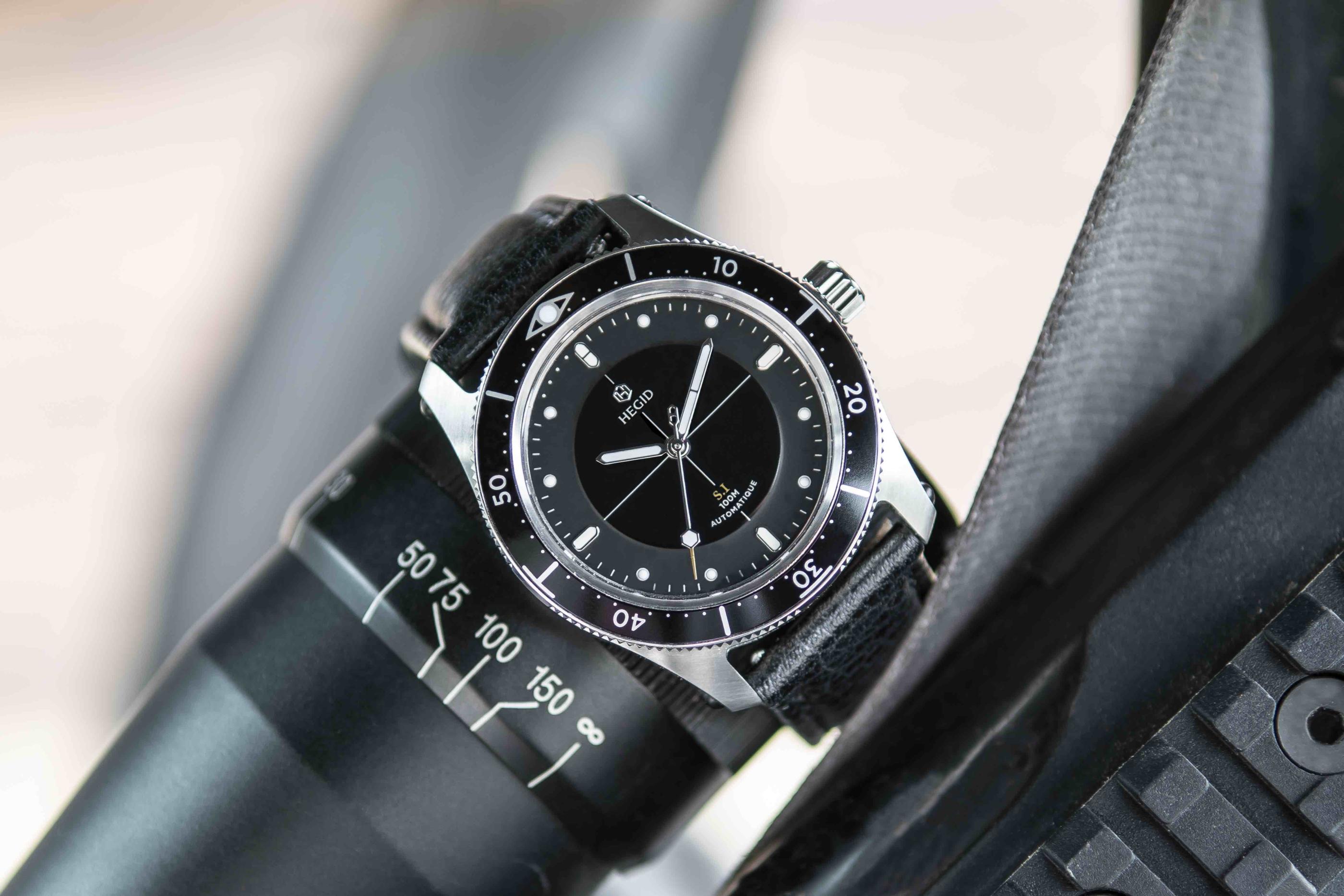 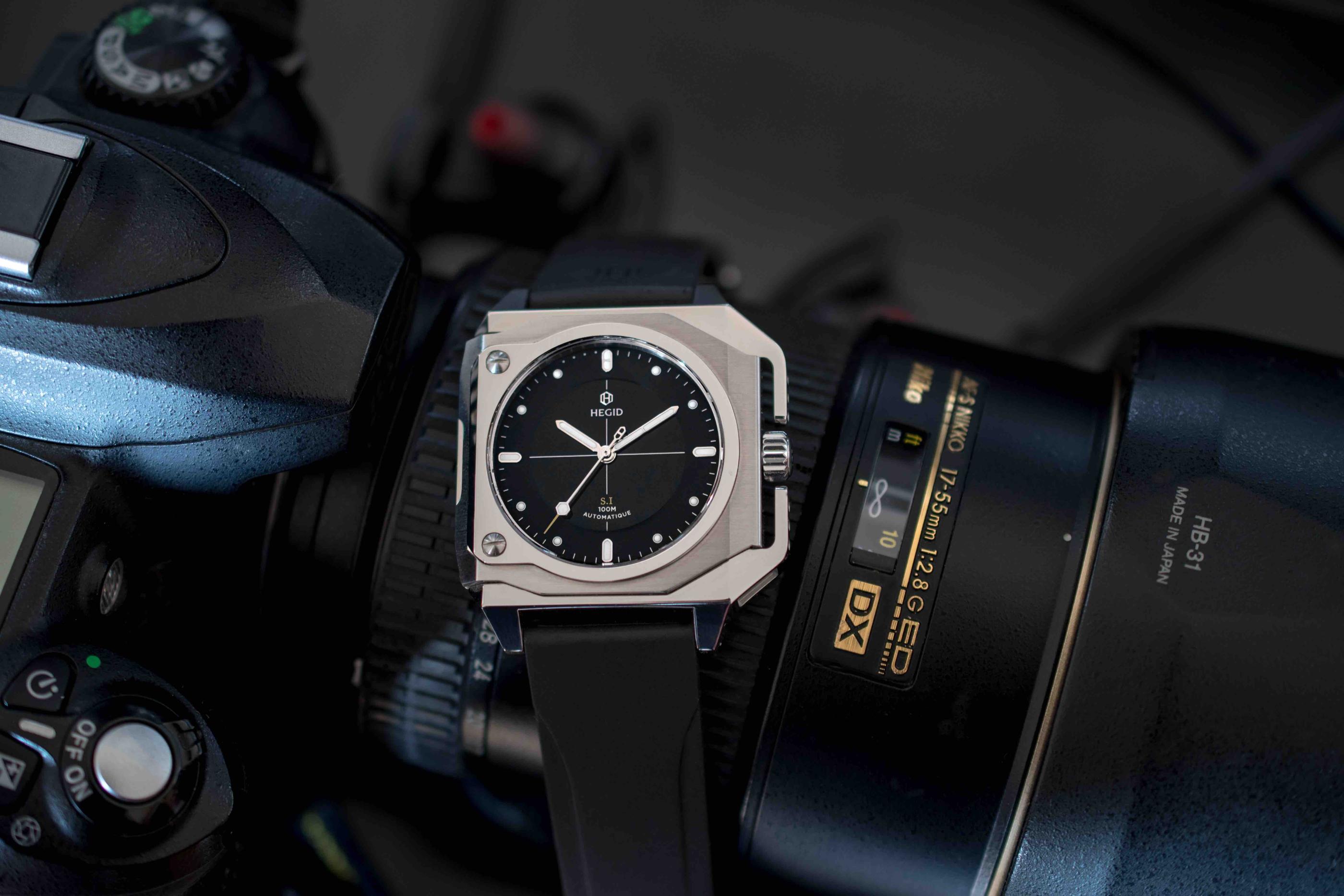 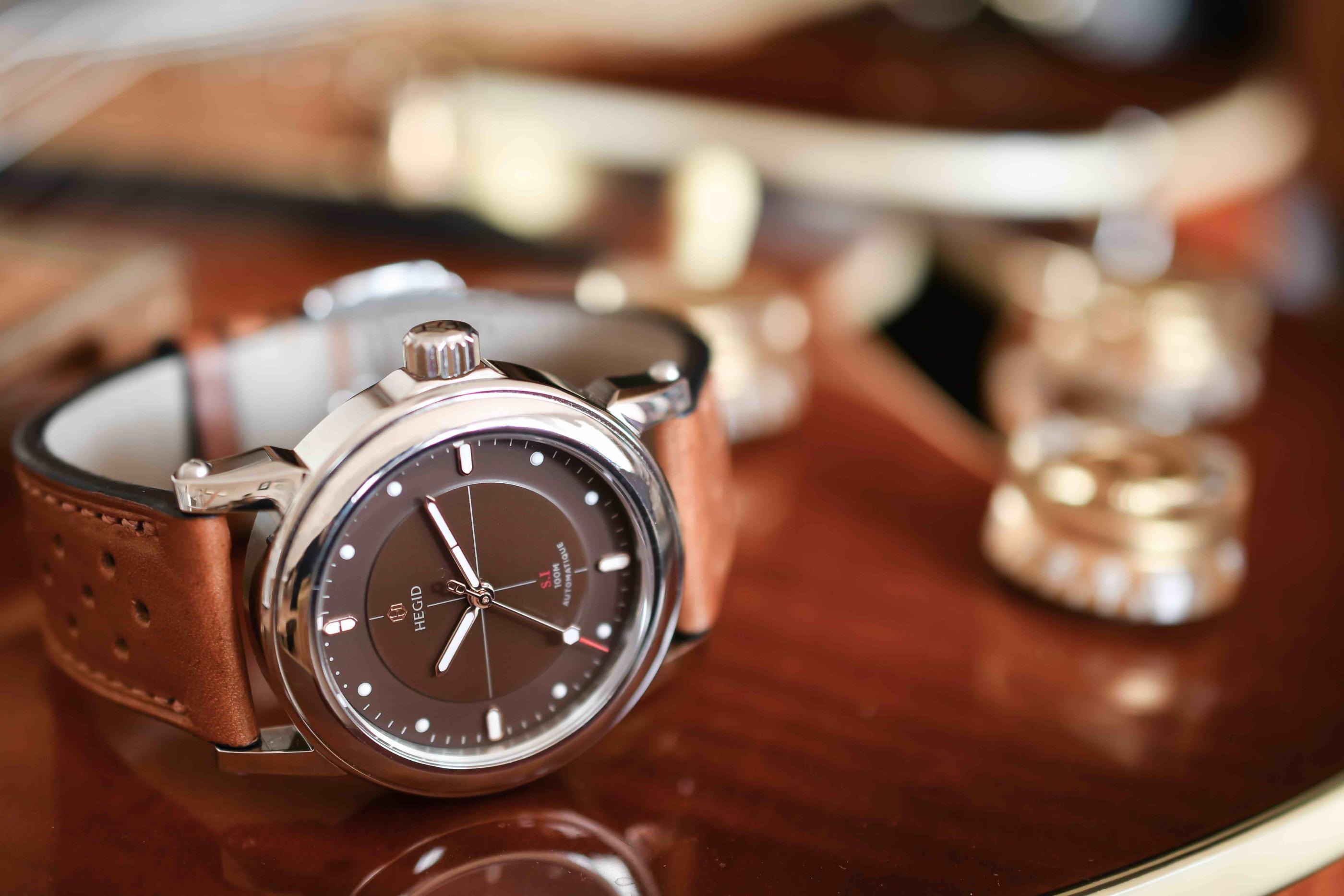 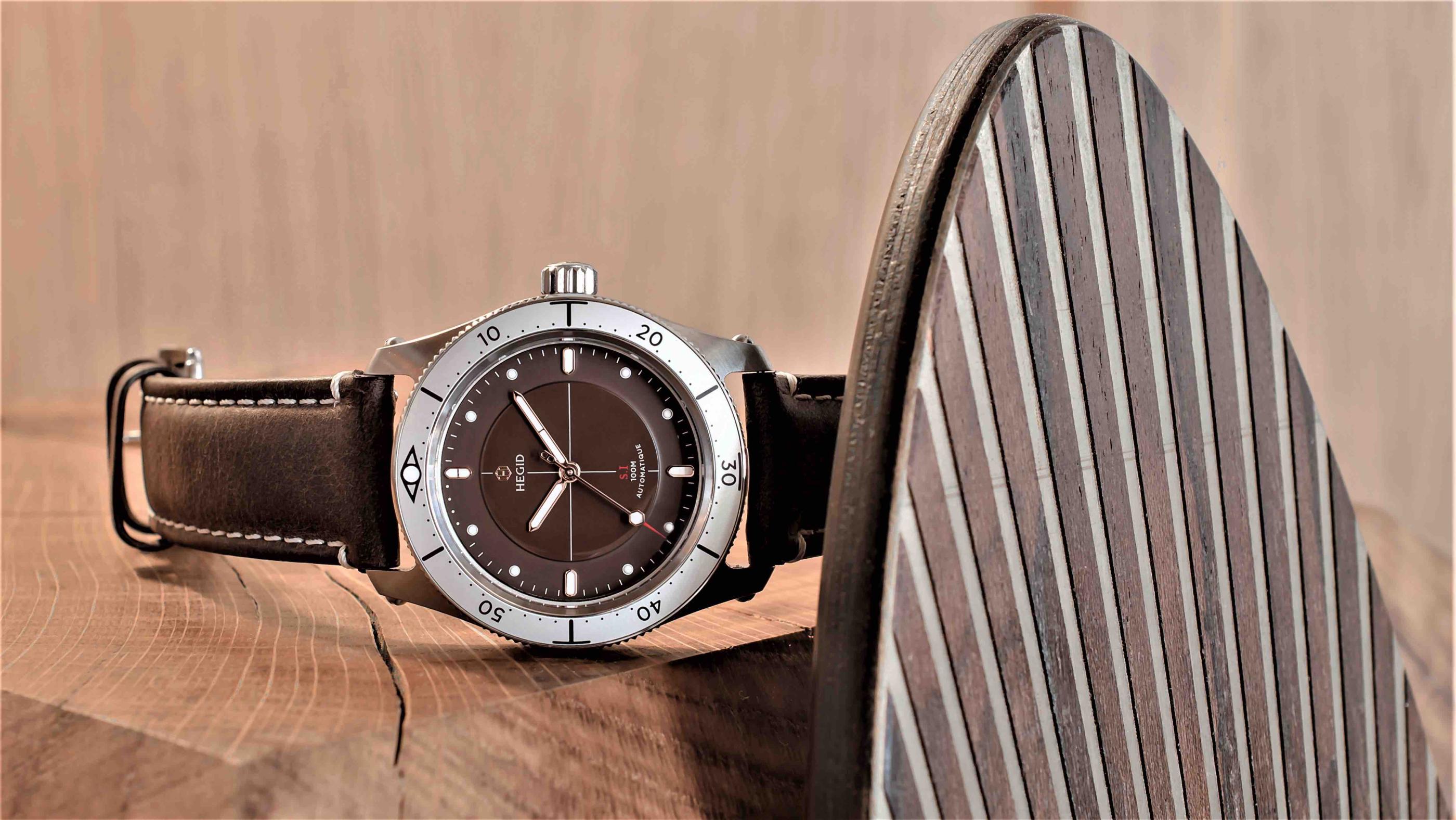 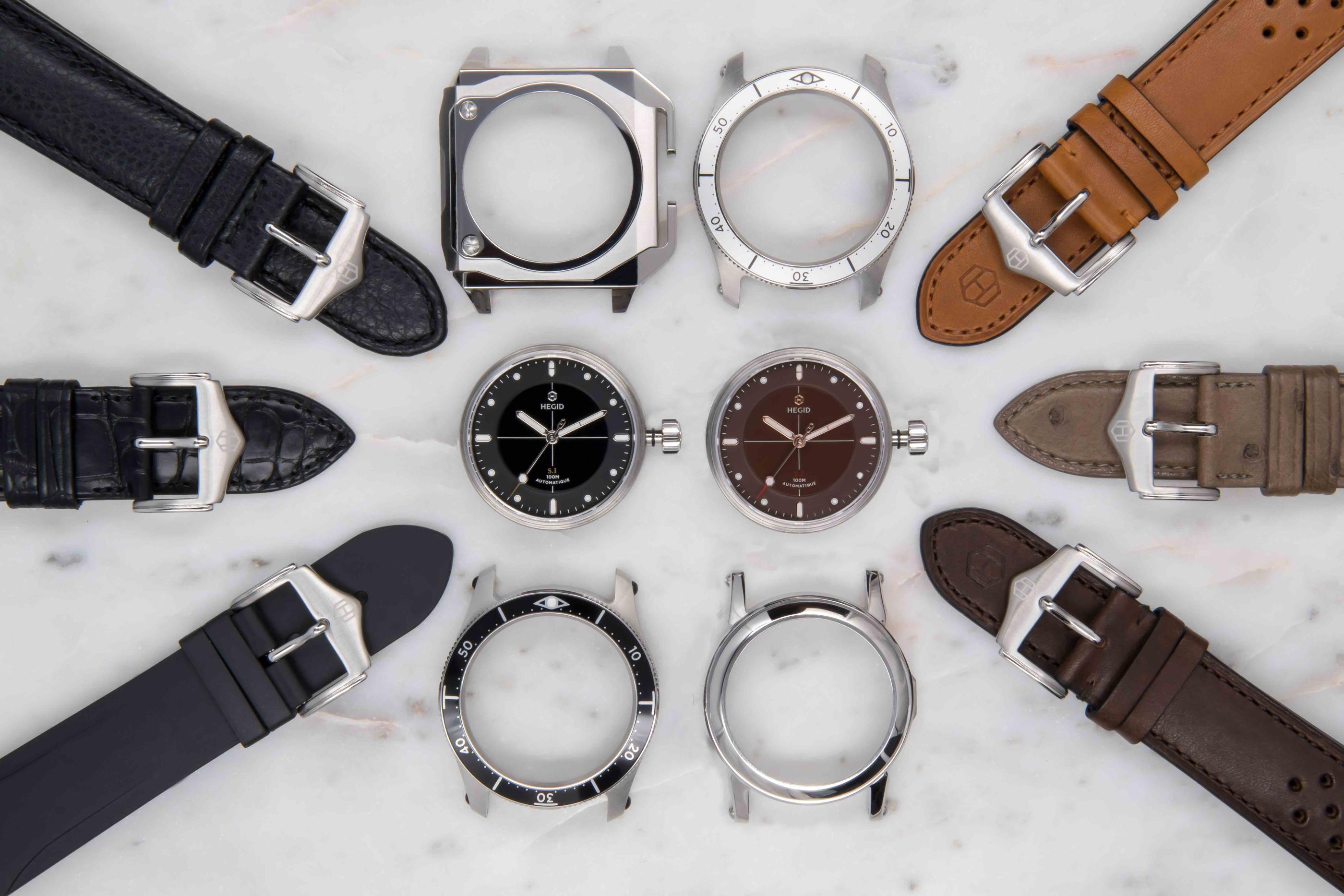 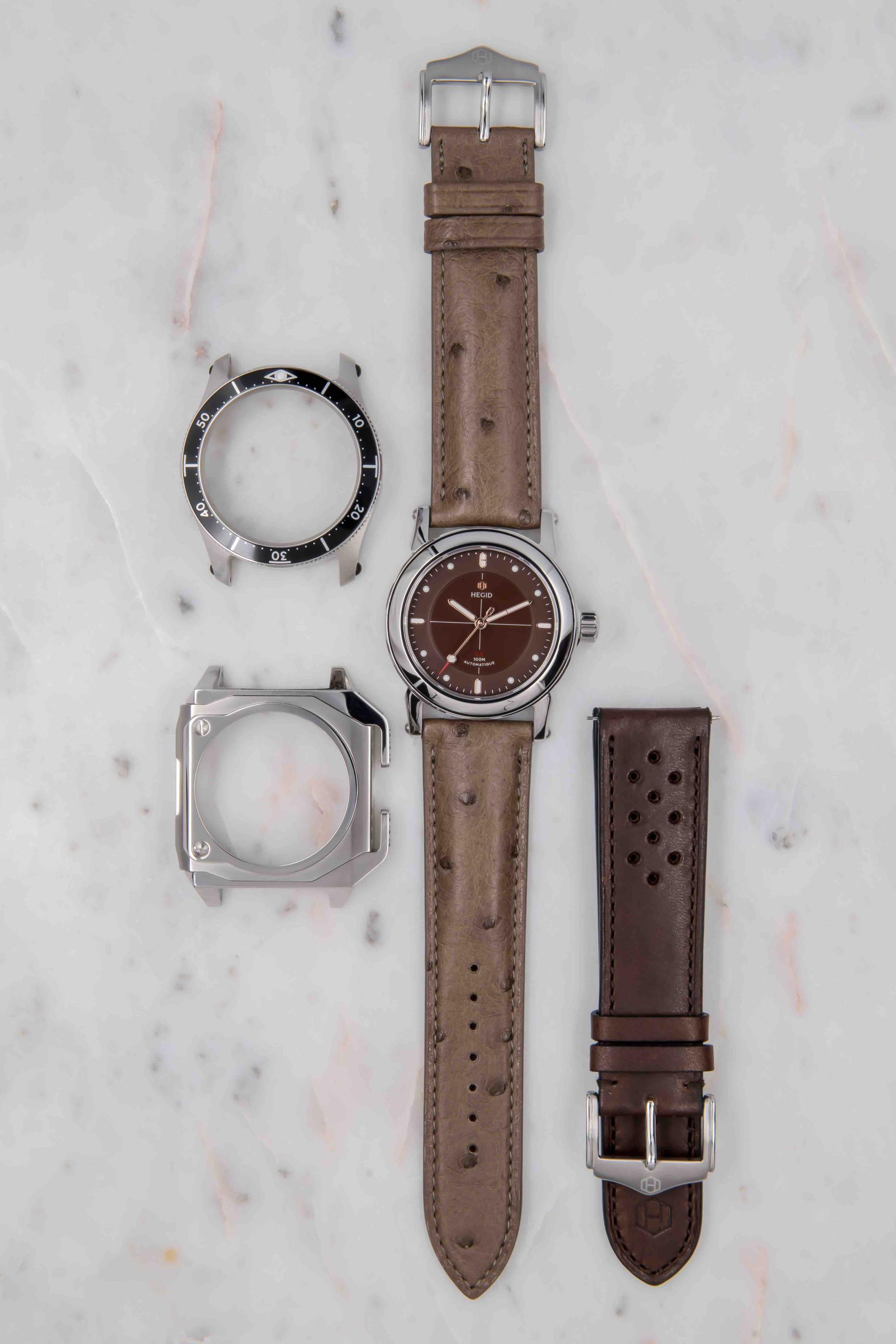 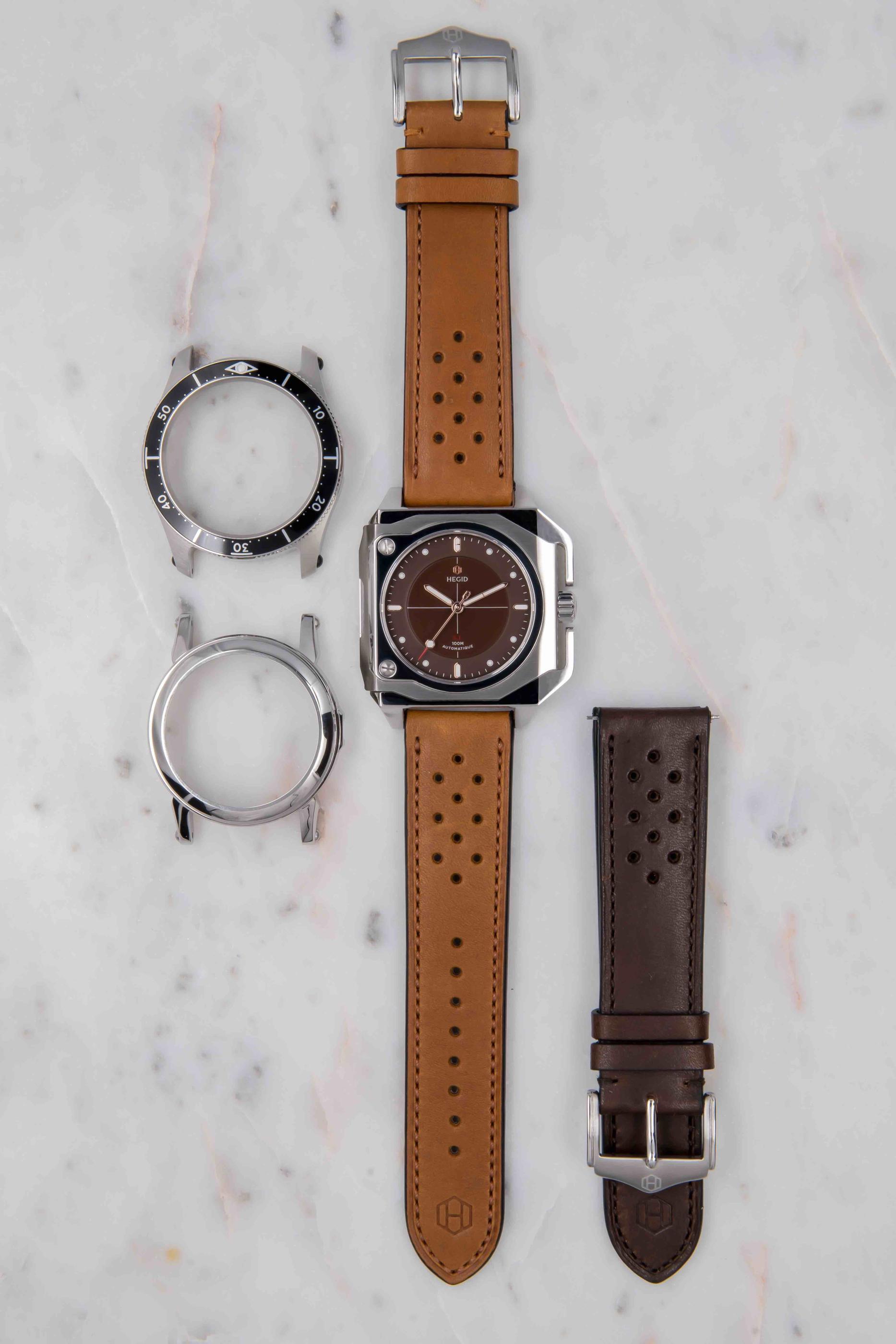 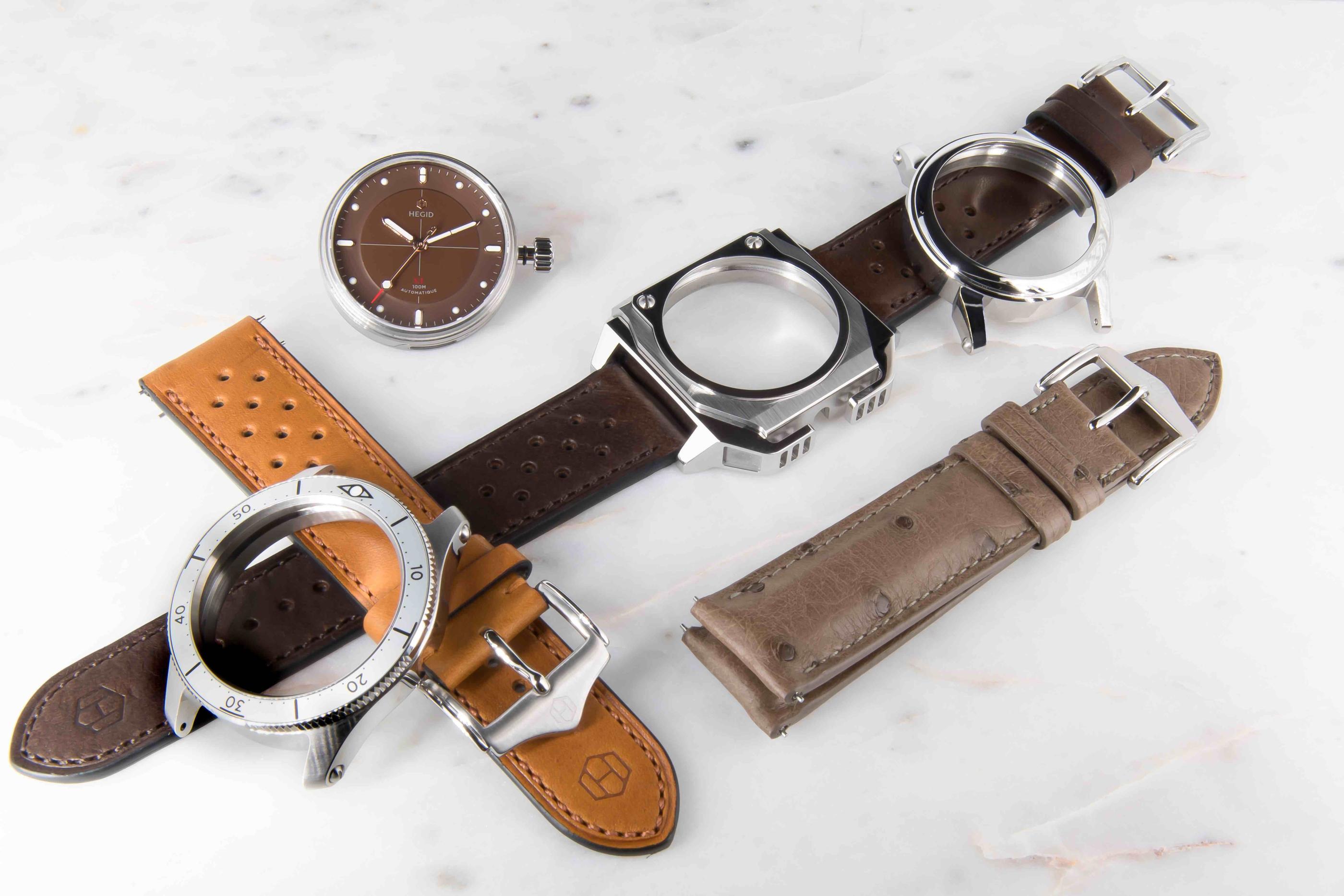 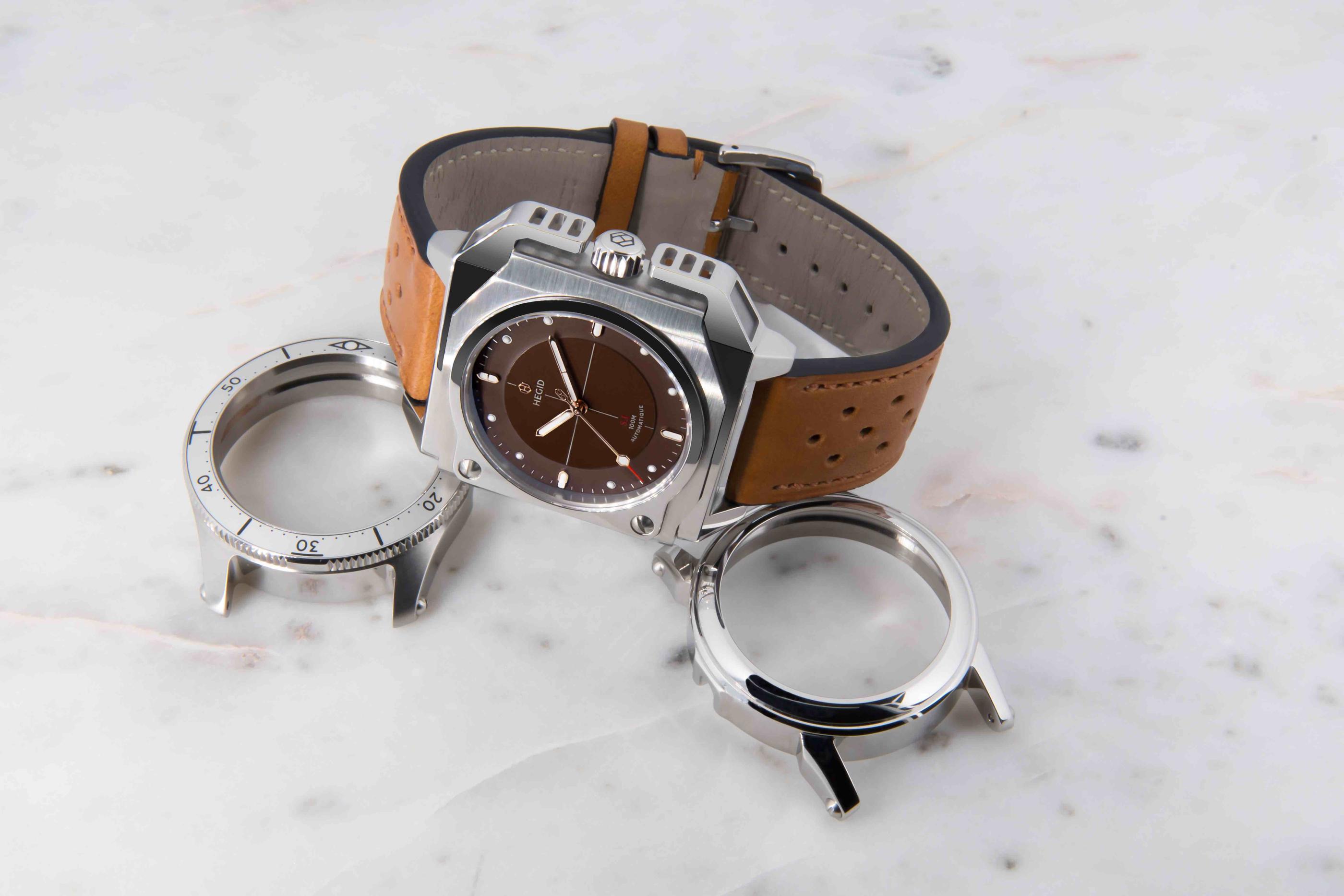 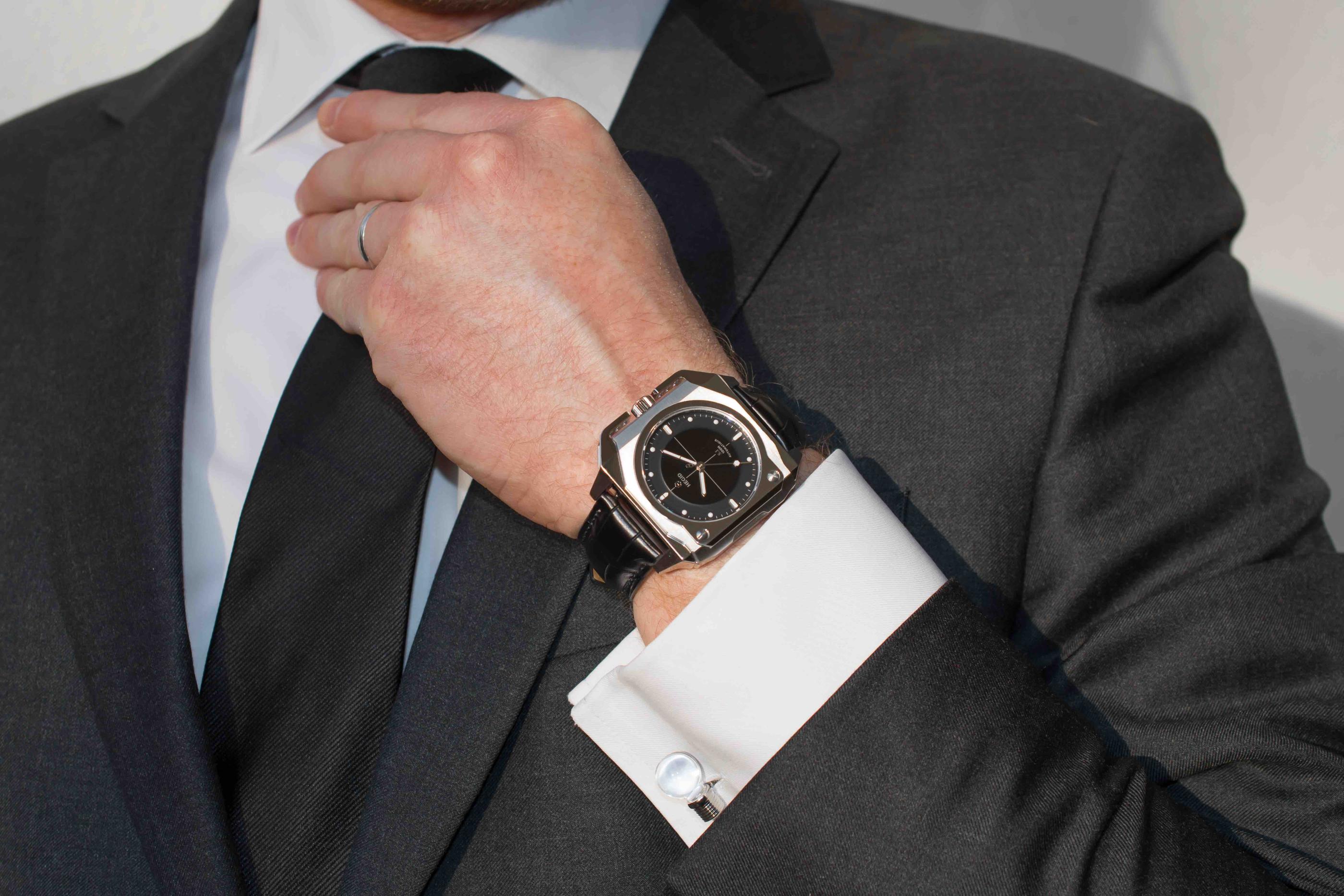 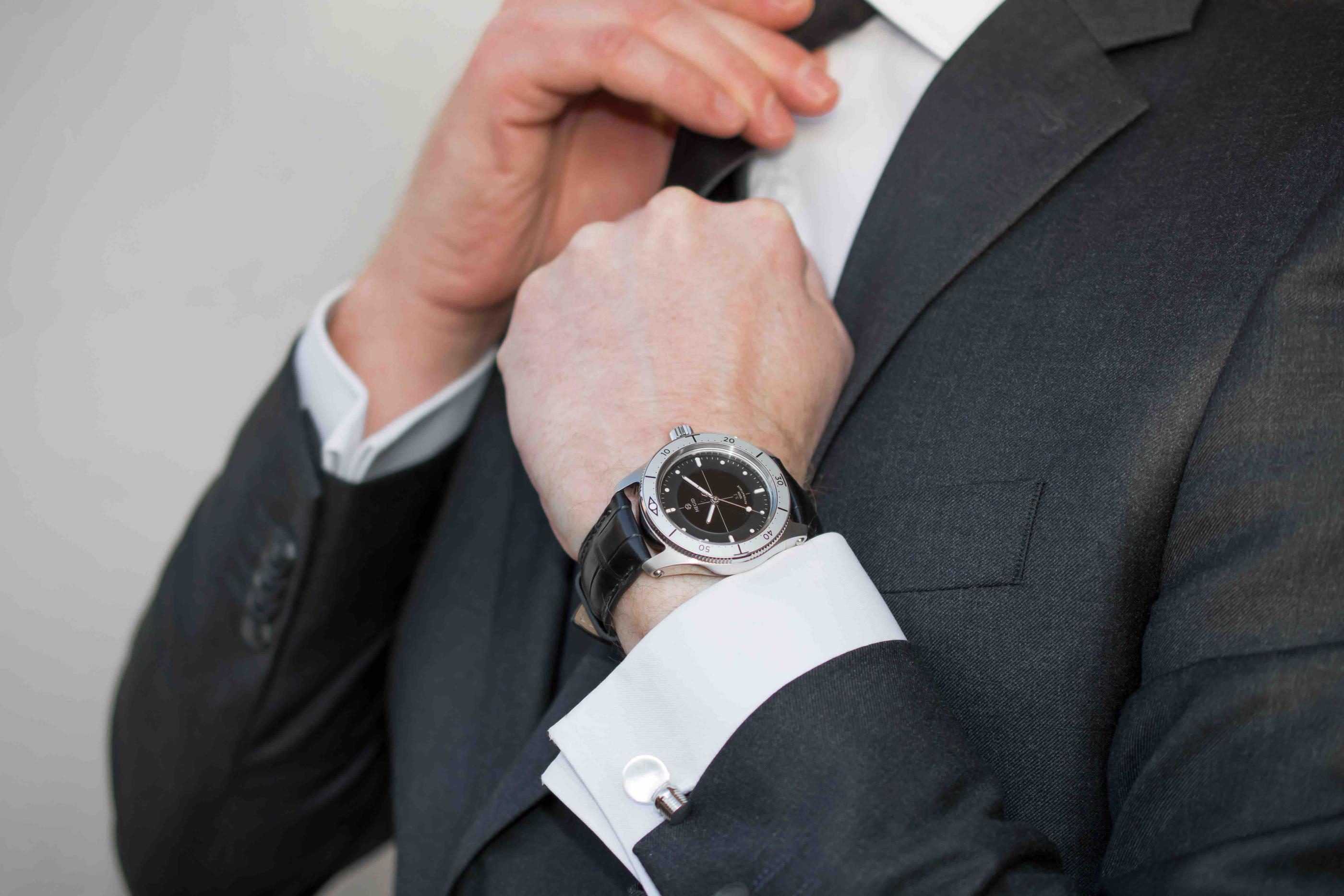 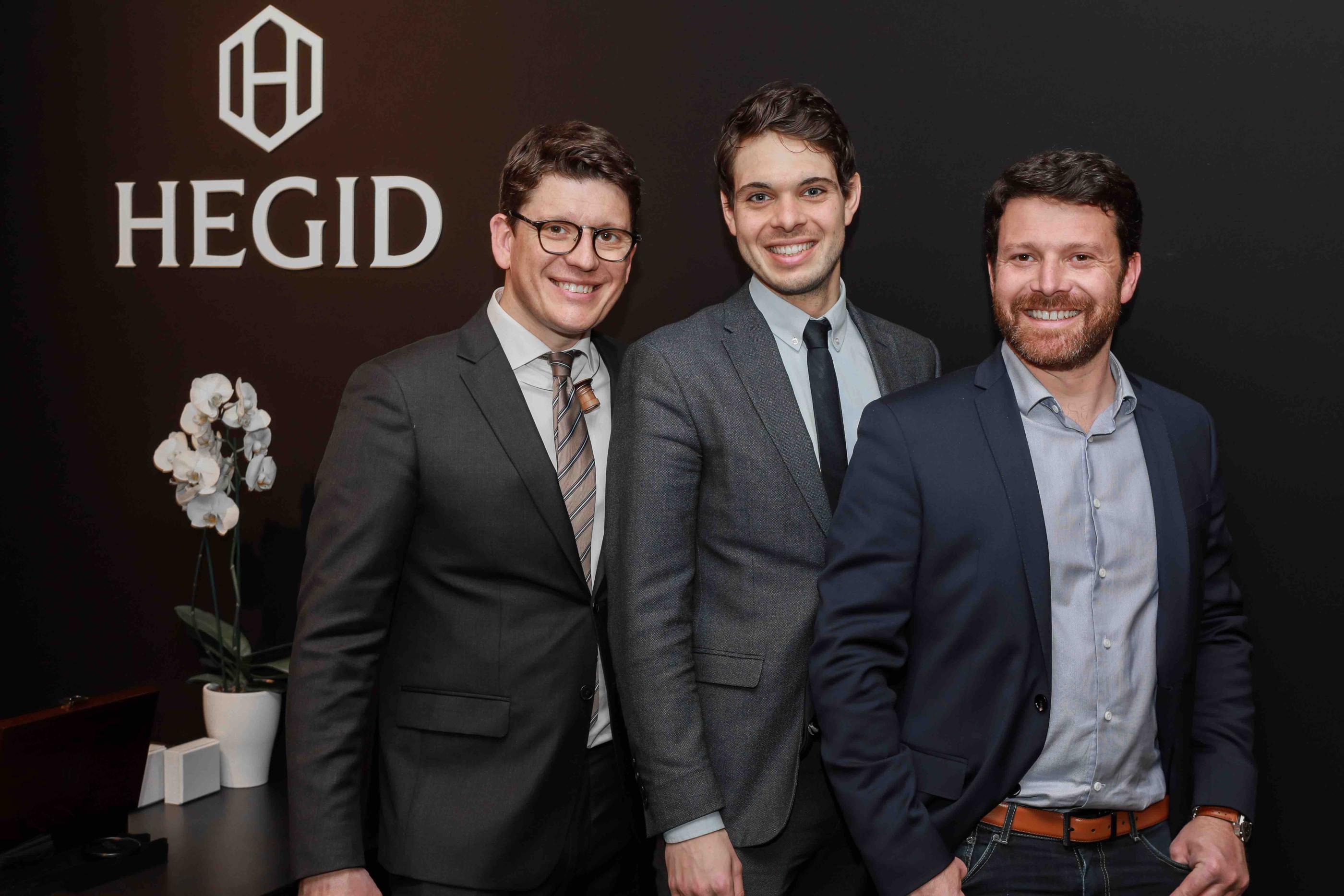 THE WATCH FILES The Pequignet factory in Morteau has been taken over by French investment fund Enowe, which aims to revitalise national “houses of excellence”. Although it (...)