Six years after the launch of the Starfleet Machine, the first clock co-created by MB&F and L’Epée 1839, a new expedition is underway.

Six years after the launch of the Starfleet Machine, the first clock co-created by MB&F and L’Epée 1839, a new expedition is underway.
T

he space station returns in 2020, in a more compact size and enhanced with bright colours, accompanied by a fleet of three small spacecraft exploring the universe; it rightfully bears the name of Starfleet Explorer. 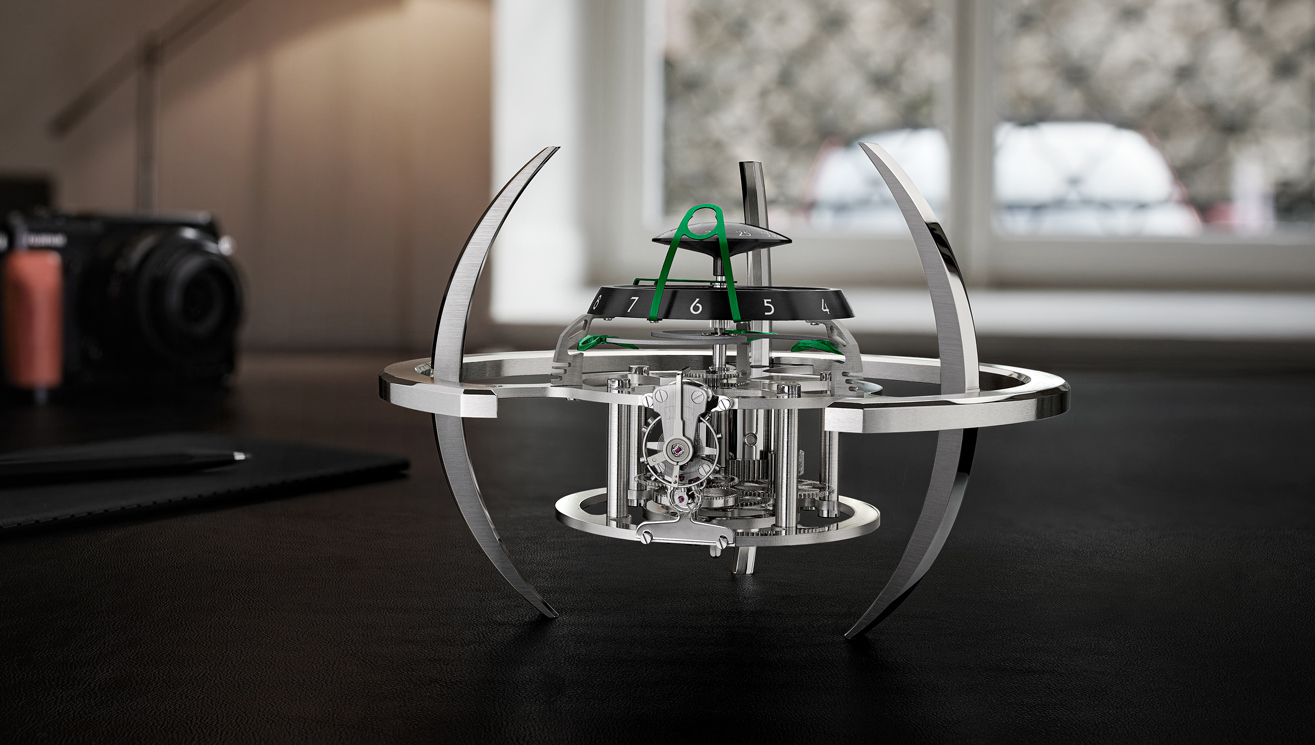 Designed by MB&F, the Starfleet Explorer is an intergalactic spaceship-cum-table clock crafted by L’Epée 1839, the last remaining Swiss manufacture specialised in high-end table clocks. Not only does it display the hours and minutes, it also features an animation in which three spacecraft perform a five-minute orbit of the station. The highly visible, superlatively finished in-house movement boasts an exceptional eight-day power reserve. The mechanism can be manually wound using a double-ended key serving to wind the movement as well as to set the time.

Hours and minutes are indicated by means of two discs, along with an aperture and a brightly-coloured hand. More specifically, the minutes on a revolving radar dish are read off when they appear through the centre of a fixed metal aperture, satin-brushed by hand and anodised, that follows the dome’s curved contours.

The hours disc placed just below remains motionless. An hour hand – likewise satin-brushed and anodised – indicates the hour by spinning in its place and performing a complete turn around the disc in 12 hours.

Starfleet Explorer also features a significantly original new element in the form of three tiny spacecraft, lined up along the same axis at regular intervals and placed inside the actual Starfleet movement, the heart of the mechanism, around which they revolve at a rate of one full turn every five minutes: a space exploration guided by the mothership.

The Starfleet Explorer’s movement is placed horizontally, but its escapement is vertically positioned. The impeccably finished stainless stain or palladium-treated brass components (with the exception of the 11 jewels) are designed and manufactured in the L’Epee 1839 Swiss atelier. The gears and mainspring barrel are on full display thanks to the skeletonised mainplate and concentric C-shaped external structure. The Starfleet Explorer can rest on both ends of its vertical landing gear; a useful feature when turning it over to wind the mainspring and set the time. It can also be leant sideways so as to offer a different view of the intergalactic horological station. 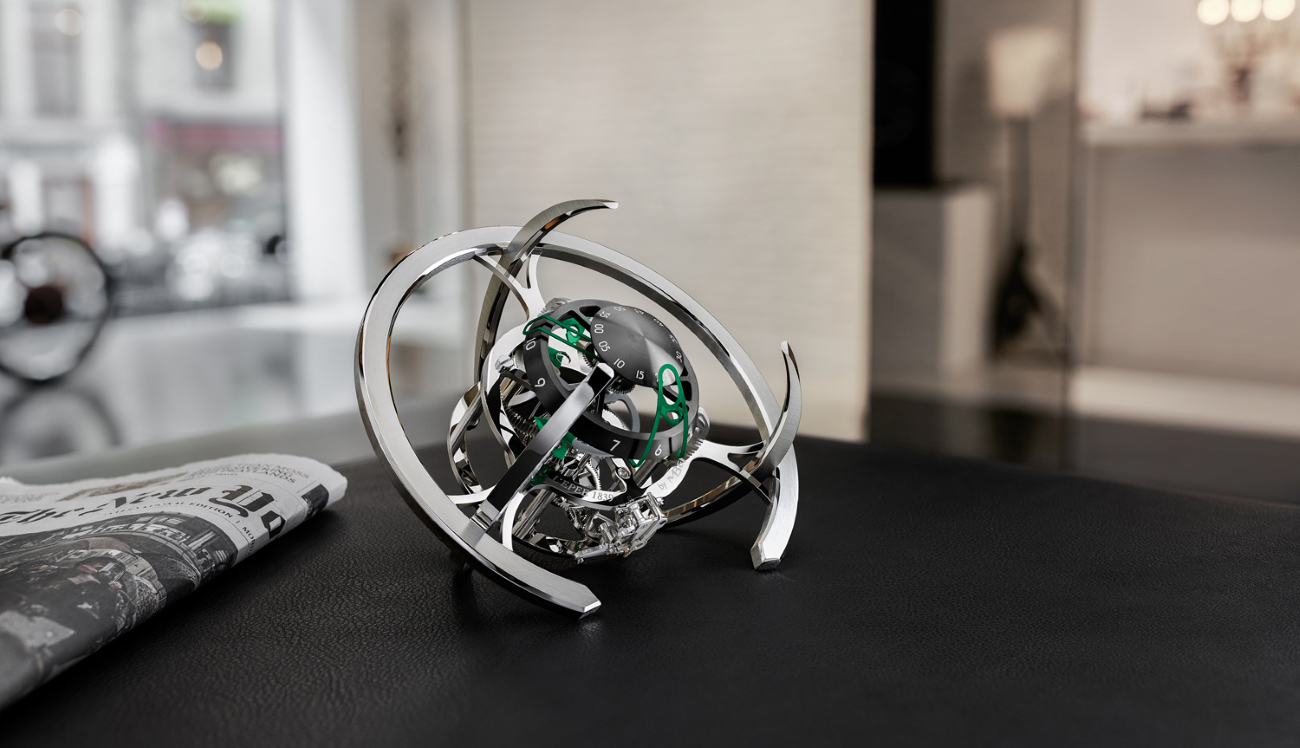 Starfleet Explorer is launched as three limited editions of 99 pieces each in blue, green and red.