Louis Erard continues to partner with watchmaking creators, and builds another bridge with high-end watchmaking by working alongside Vianney Halter, an artist whose every creation is a collector’s item.

Louis Erard continues to partner with watchmaking creators, and builds another bridge with high-end watchmaking by working alongside Vianney Halter, an artist whose every creation is a collector’s item.
L

ouis Erard presents a collector’s automatic regulator in a limited edition of 178 watches, priced at CHF 3,500. This new creation is part of a series of collaborations with watchmaking creators which began with Alain Silberstein; this time, the result bears the dual signature Louis Erard by Vianney Halter.

This exceptional watch is born of the meeting of two worlds. The first is that of Vianney Halter, who has rediscovered the roots of his own style, both classic and ultra-contemporary, and retained the essential. The second is that of Louis Erard, who offered his services to the watchmaker and challenged him to design a model for the general public, for the first time in his career.

The piece should be a genuine reinterpretation of Vianney Halter’s philosophy of watchmaking, and not merely a reduction or simplification of his very sophisticated style. For Vianney Halter, moving out of his usual creative zone was a major challenge: “I wanted to see if I was capable of reaching all those who love my watches but are not able to buy them. Louis Erard has allowed me to do that while staying true to myself.” 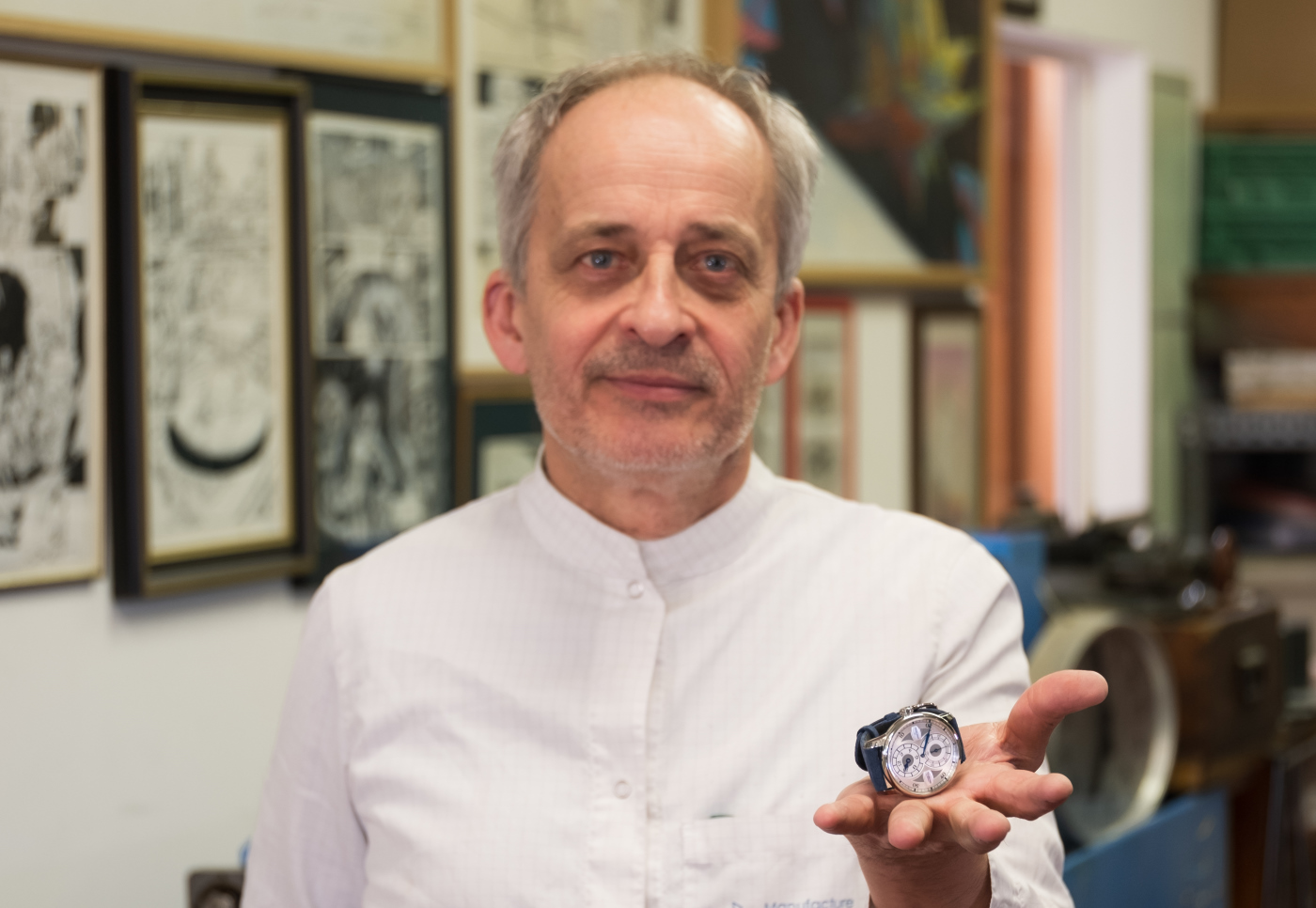 He envisaged this creation as a return to basics – both in relation to his own style and the history of watchmaking. His starting point was in the mechanics and the regulator, the complication which is central to the history of Louis Erard and invariably leads back to the precision clocks of the 19th century, the master clocks of observatories, and to a time when watches had to not only be beautiful, but fulfil their fundamental function: to tell the time.

In his own unique style, which Vianney Halter calls “future past” (in other words: how would 19th century watches have been if they had been created in the future?), he began by sculpting the dial in order to give depth to each of the three counters. He then cut the hands from blued steel, a first for Louis Erard. The minutes are indicated by a long fountain-pen-shaped hand, giving subtlety to the final indication, but with a good presence in the centre. The hours are also indicated by a fountain-pen-shaped hand, but this one is thickset so as to catch the eye before the others. The second hand is simply balanced, with a counterweight to avoid disrupting its operation. 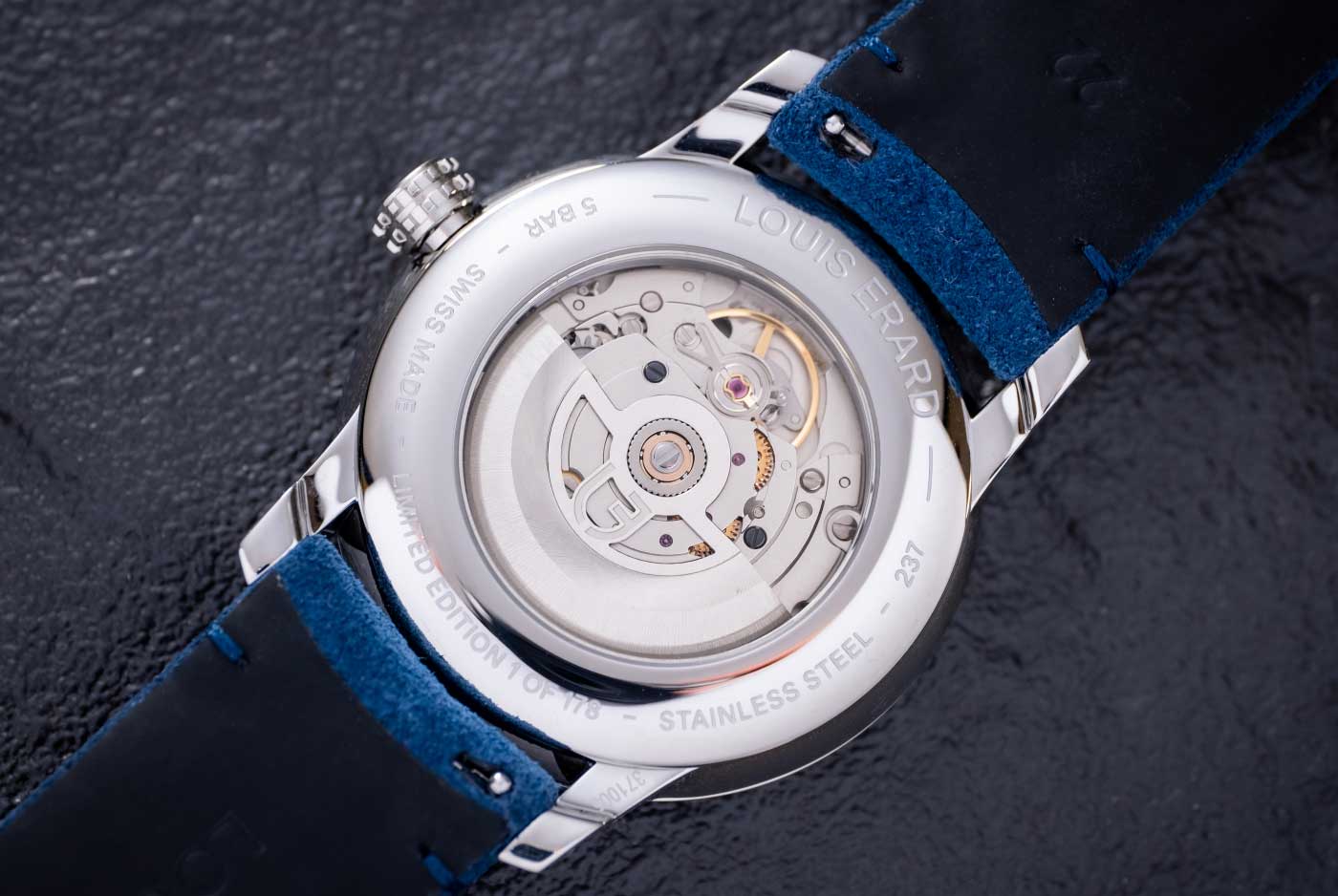 If the final result appears very classic, this is not the case: it is very much a contemporary watch which could never have existed in the past. And it possesses the inimitable hallmark of the unrivalled designer Vianney Halter, who added a crenellated crown like that from his “Antiqua” model as a final nod to his designs. 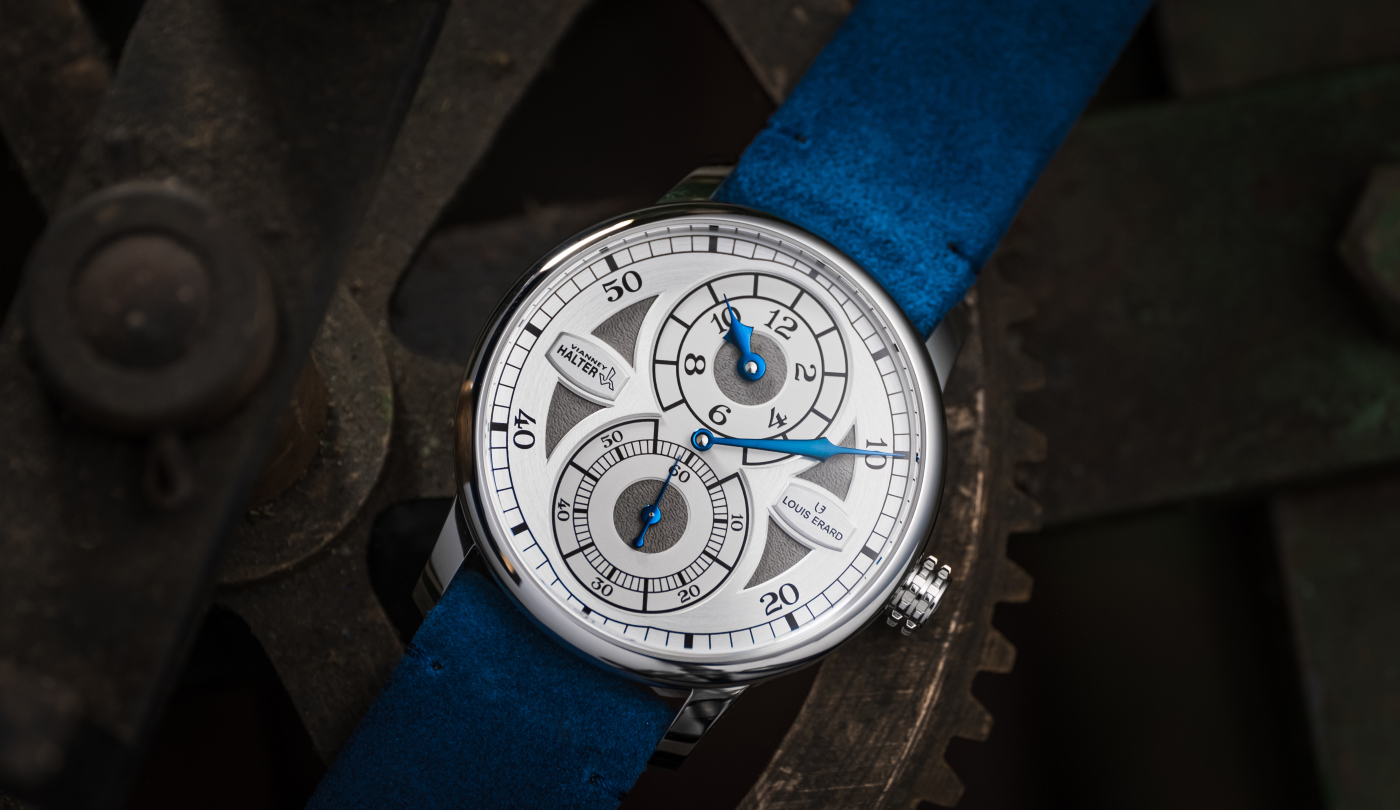 Louis Erard demonstrates once again that it is possible to translate the rules and craftsmanship of high-end watchmaking into an accessible watch. Further creations will follow with other guest creators, each produced in a limited series of 178 pieces, a symbolic number which signifies that we are stronger together. 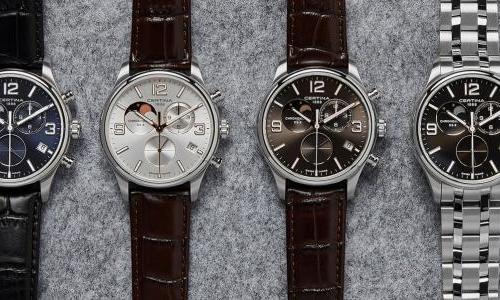 Combining the two functions, the new model is powered by an advanced PrecidriveTM quartz movement, officially certified as (...) 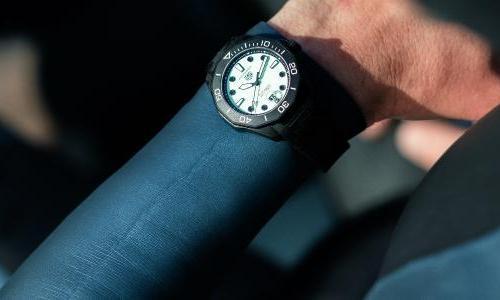