Master watchmaker Michel Parmigiani turned 70 years old in 2020, looking back on a lifetime of impactful contributions to modern horology. Parmigiani Fleurier, the brand he founded in 1996, commemorates this milestone with the introduction of the Toric Heritage, a limited-edition timepiece which takes its inspiration from the very first wristwatch that Michel Parmigiani ever designed.

Master watchmaker Michel Parmigiani turned 70 years old in 2020, looking back on a lifetime of impactful contributions to modern horology. Parmigiani Fleurier, the brand he founded in 1996, commemorates this milestone with the introduction of the Toric Heritage, a limited-edition timepiece which takes its inspiration from the very first wristwatch that Michel Parmigiani ever designed.
T

he Toric is the very first wristwatch case designed by Michel Parmigiani and pays homage to the essence of watchmaking in its purest form: exceptional engineering; a movement, developed, produced and decorated with the greatest care to create the perfect celebration of time. Appropriately, the timepiece chosen to commemorate Michel Parmigiani’s milestone 70th birthday hails from that family, which was revived and elegantly redesigned in 2017.

“When I was little, my father would say to me: “If you learn to look, art will reveal itself”. The expression has always stayed with me. Art is everywhere around us in nature. It is there in the tiniest of details and in the magnificent structures built by our ancestors.” 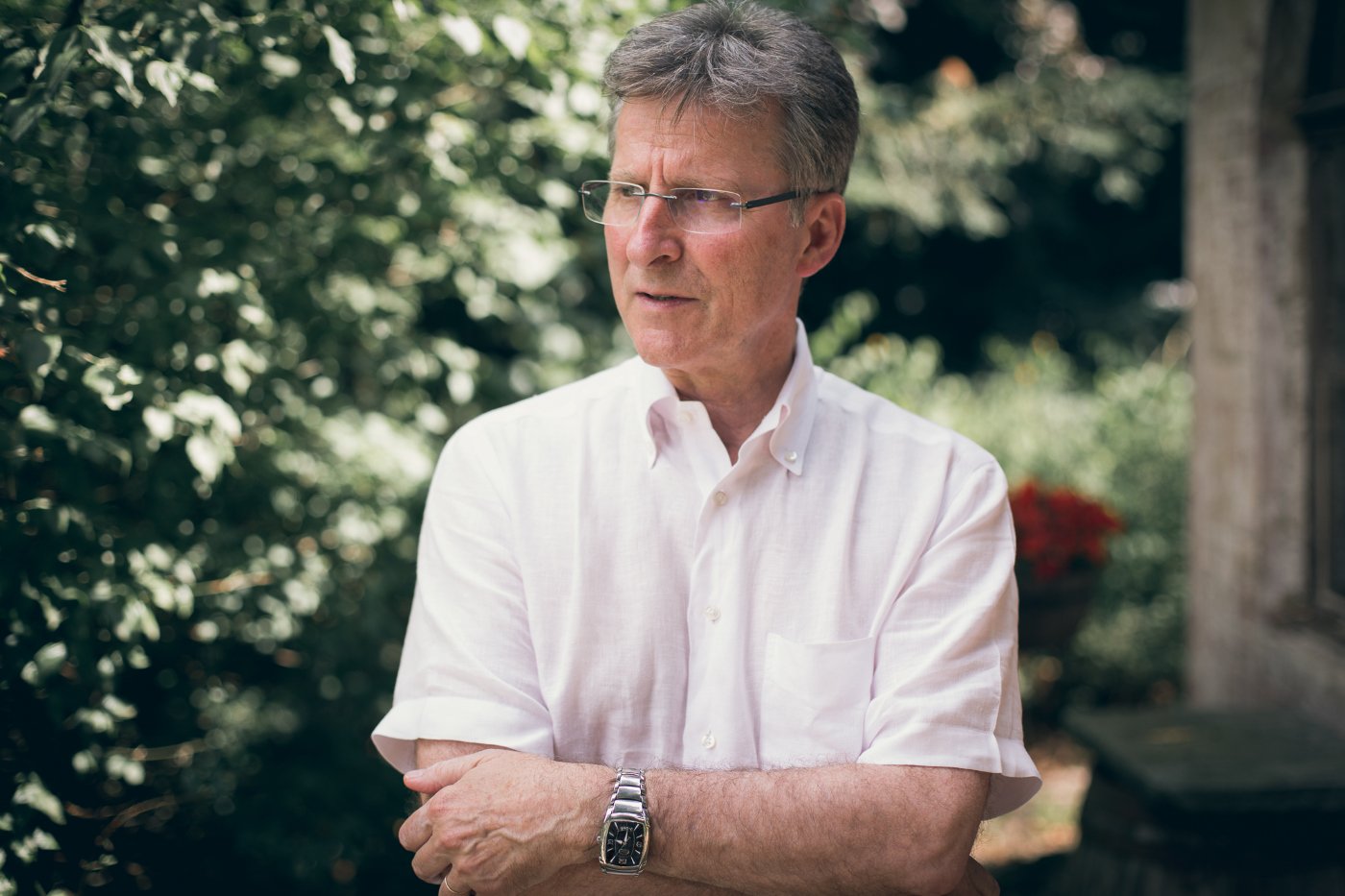 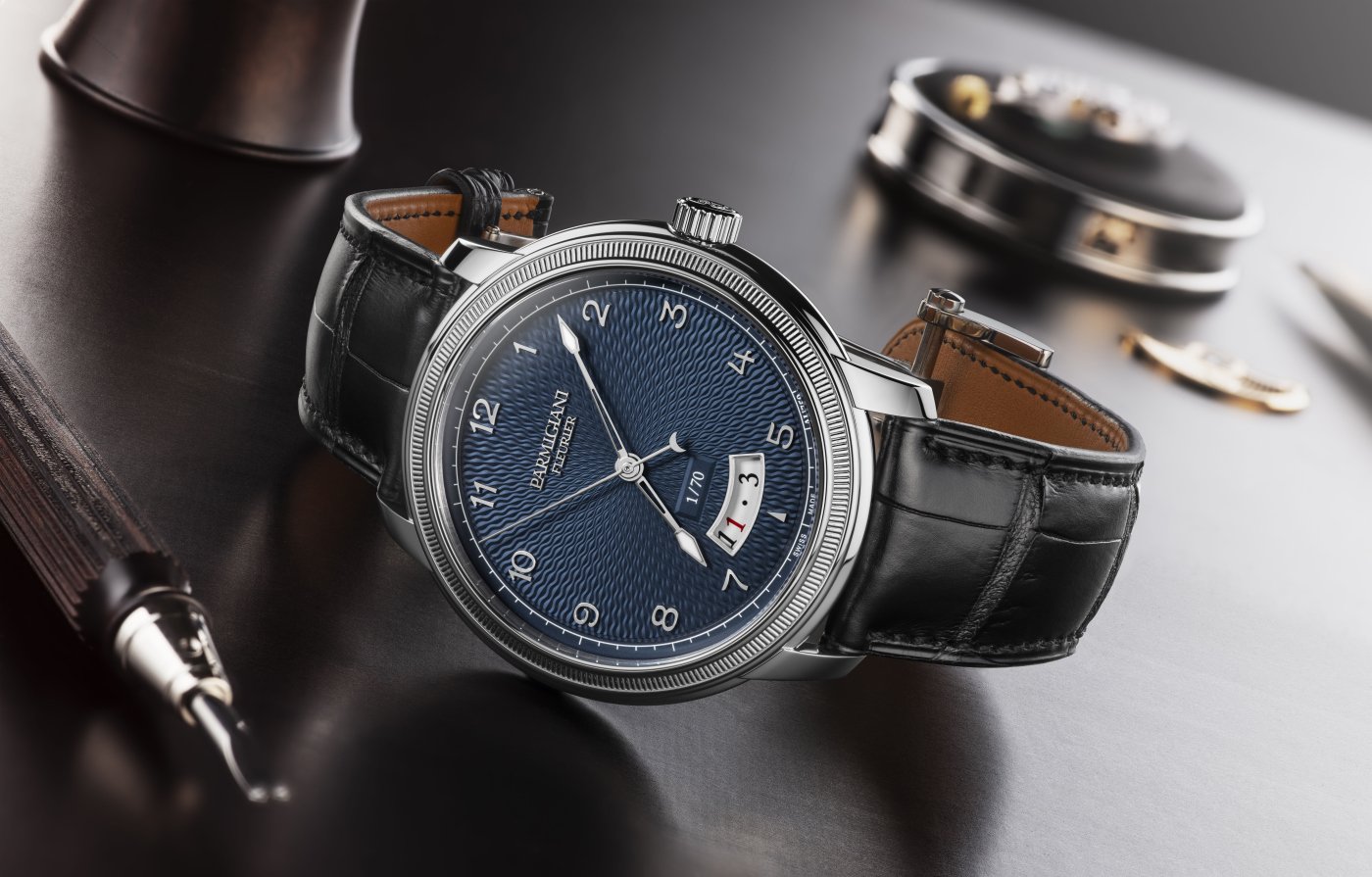 When Michel Parmigiani designs a watch, he starts with the profile. By doing this, the essential design elements of the brand are respected in a harmonious way and each new watch respects, honors and perpetuates the brand identity. The harmonious curves of the Toric Heritage case, as all other Parmigiani Fleurier timepieces, are inspired by the Golden Ratio and its links to the famous Fibonacci sequence. Mysteriously harmonious as well as rigorously mathematical, the Golden Ratio is often seen in art such as Botticelli’s Birth of Venus and Mondrian’s Composition in Red, Yellow, and Blue, and in iconic architecture such as Egypt’s Great Pyramids. 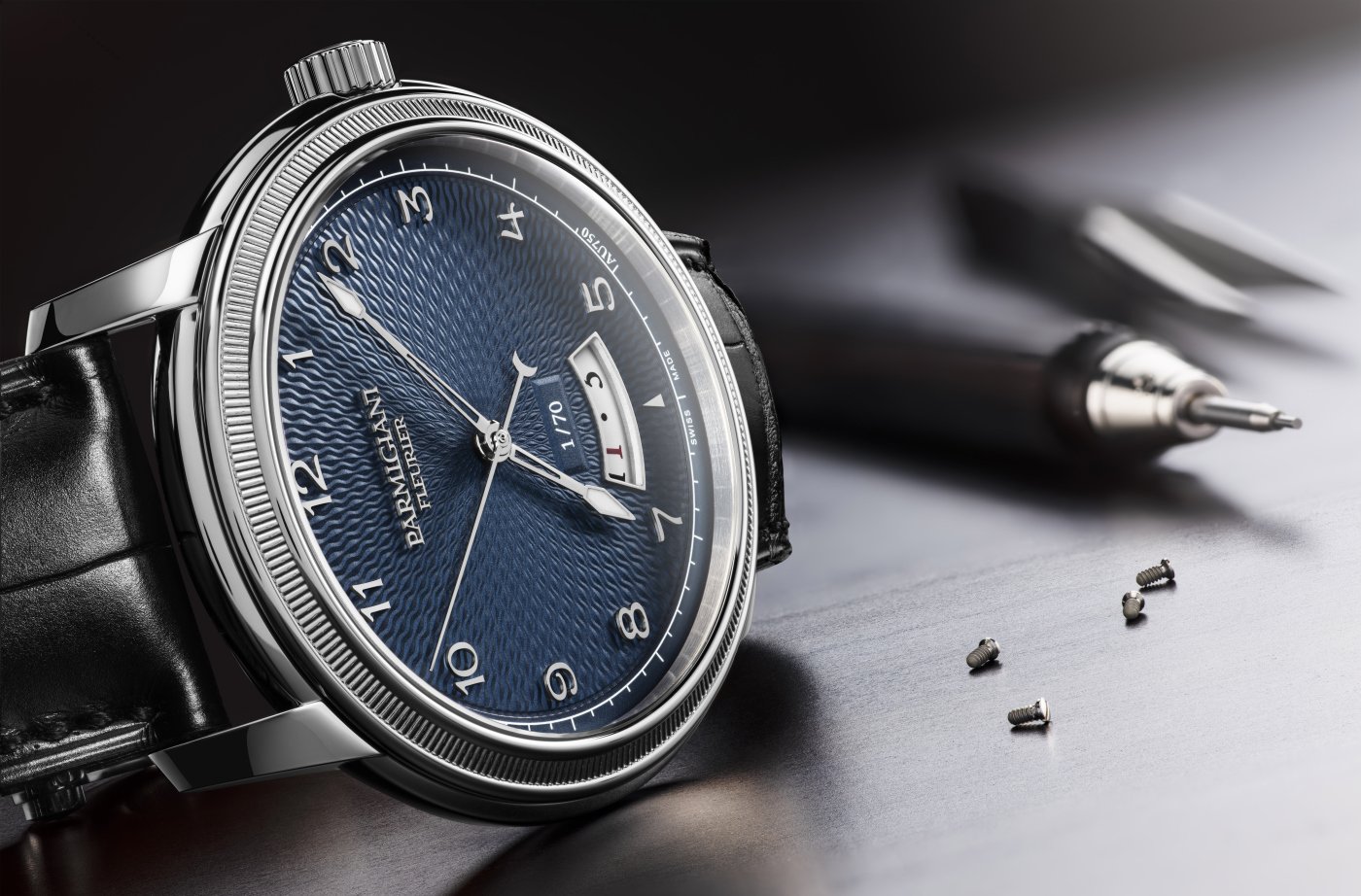 Its case, in polished steel, takes its inspiration from ancient Greek columns and from a pointed shell Michel found on a beach in Malaysia, with hand-done knurling and doubly alternating gadroons embellishing its curved contours, creating an optical illusion of great delicacy. Every aspect of the watch design is rooted in this ancient rule- the relationship between the hands, the fluted angles in the crown, the length to width ratios, the rate of curvature of the lugs as they taper away from the case, even the case-back design and placement of the sapphire crystal. 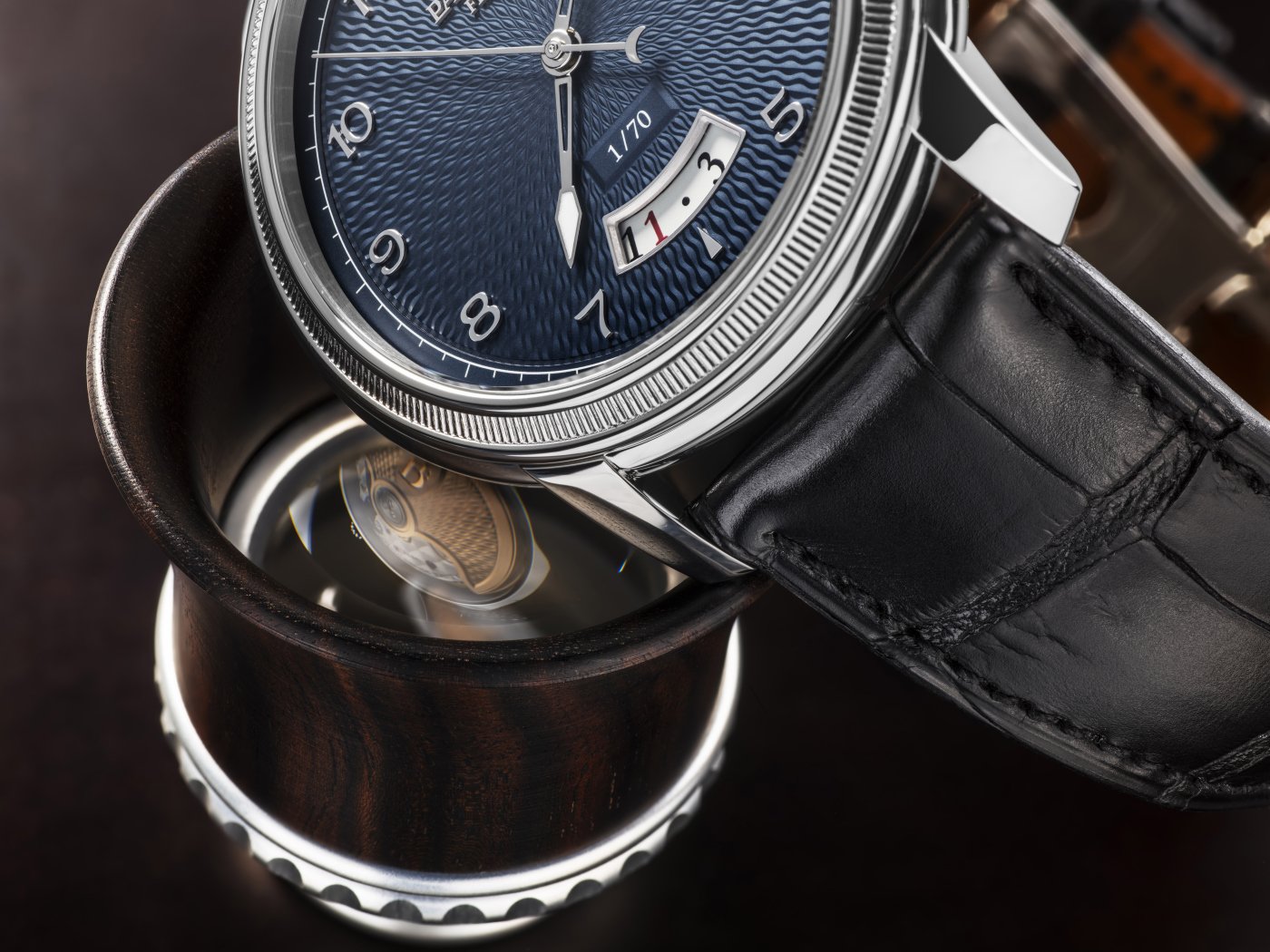 Also taking inspiration from his lifetime devotion to architectural principles is the blue dial, adorned with a radiating Grain d’Orge guilloché. This organic pattern, derived from the sprouting of barley, is inspired by one of the many examples of the presence in the natural world of the Fibonacci sequence, the scientific and mathematical principle devised by Italian Leonardo Fibonacci, which maintains elegant balance in nature much as the Golden Ratio determines the proportions of everything from atoms to celestial bodies. Displaying the time on the vibrant dial are the open-worked javelin hands that are emblematic of the Toric collection and inspired by the Greek goddess Athena’s spear. The applied hour numerals, in a lilting, graceful Hindu- Arabic font, are 18k white gold and coated in rhodium. The date is indicated in a curved aperture at 6 o’clock. History, art and nature permeate this Toric Heritage timepiece.

Also attesting to Michel Parmigiani’s dedication to both artistry and precision is the movement, the COSC certified Parmigiani Fleurier in-house Caliber PF441. It meets the most stringent standards for accuracy and reliability partly in thanks to its use of variable inertia balance which ensures long term stability, greater shock resistance, and much less sensitivity to the watch wearing position for optimal isochronism. This robust constancy is reinforced by the double barrel which allows for a more stable and linear distribution of energy than with the single barrel generally found at the heart of a traditional watch mechanism. This impressive movement results in a 55-hour power reserve beating at a brisk 28,800- vph frequency. 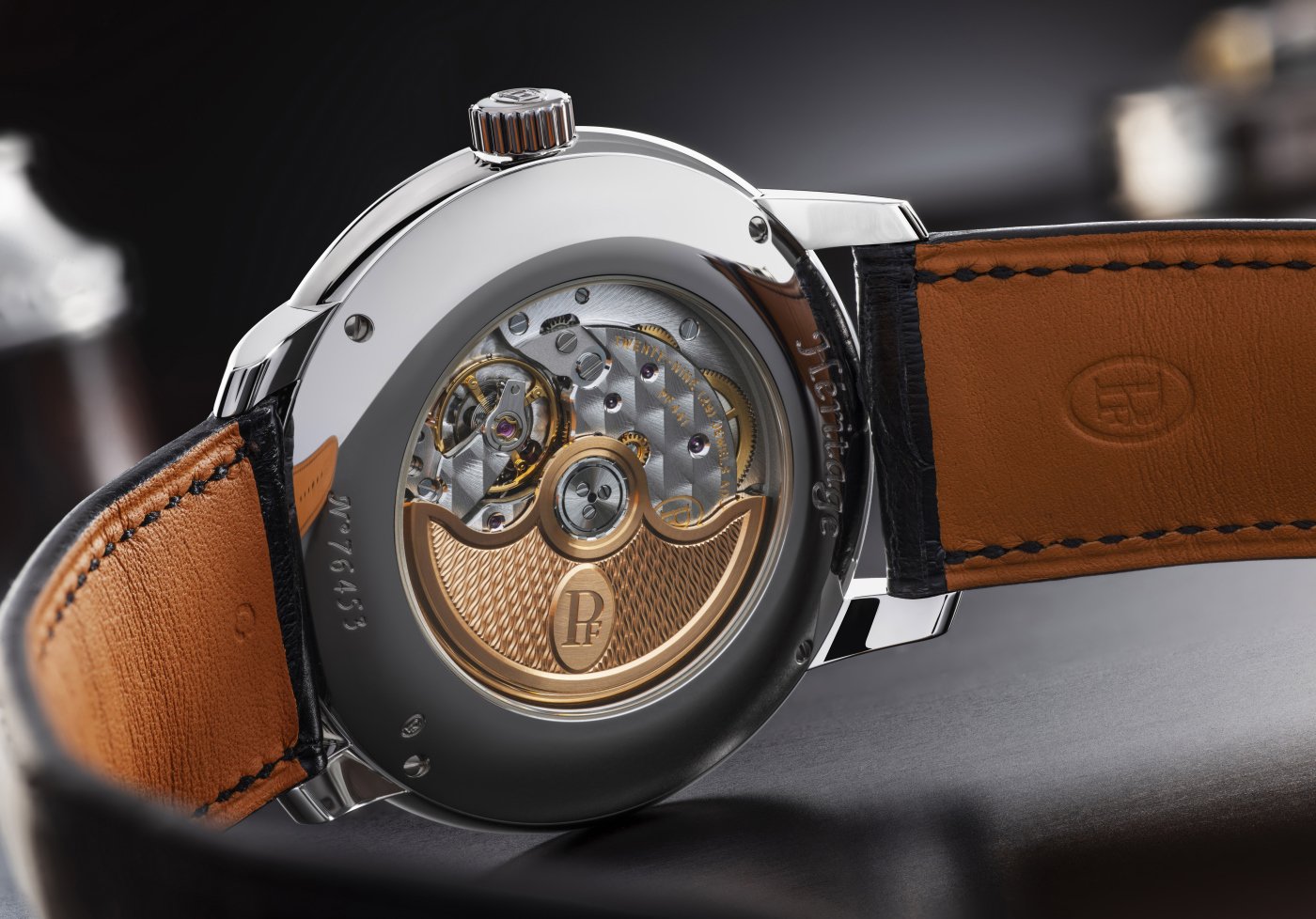 The self-winding caliber, and the watch that it brings to life, are the product of the five expert ateliers that form the Parmigiani Fleurier Watchmaking Hub. From the screws to the mainspring to the dial and case, every element of a Parmiginai Fleurier timepiece springs to life from this collective of companies. The principle also applies to the Abyss Blue alligator strap, exclusively sourced from Hermès, a longtime partner of Parmigiani Fleurier.

The Parmigiani Fleurier Toric Heritage is a limited edition of 70 pieces, each one a ticking tribute to Michel Parmigiani and his inestimable impact on the watch industry, which continues unabated, through the 21st Century and into the master watchmaker’s 71st year and beyond.