Zenith introduces the Chronomaster Revival A385


The Swiss brand is bringing back one of the earliest and most emblematic El Primero-equipped chronographs from the earliest days of the revolutionary calibre.

Zenith introduces the Chronomaster Revival A385

The Swiss brand is bringing back one of the earliest and most emblematic El Primero-equipped chronographs from the earliest days of the revolutionary calibre.
1

969 was certainly a year to remember for Zenith and would go down in the annals of watchmaking history as the year that forever changed the chronograph. It was the year that the Zenith El Primero, the world’s first automatic high-frequency chronograph, was unveiled to the world. It made its debut in three distinct stainless steel models. Among them was the A385, a tonneau-shaped steel chronograph with an eye-catching brown gradient dial, which was the first “smoked” dial ever to be made in the watch industry and for Zenith. 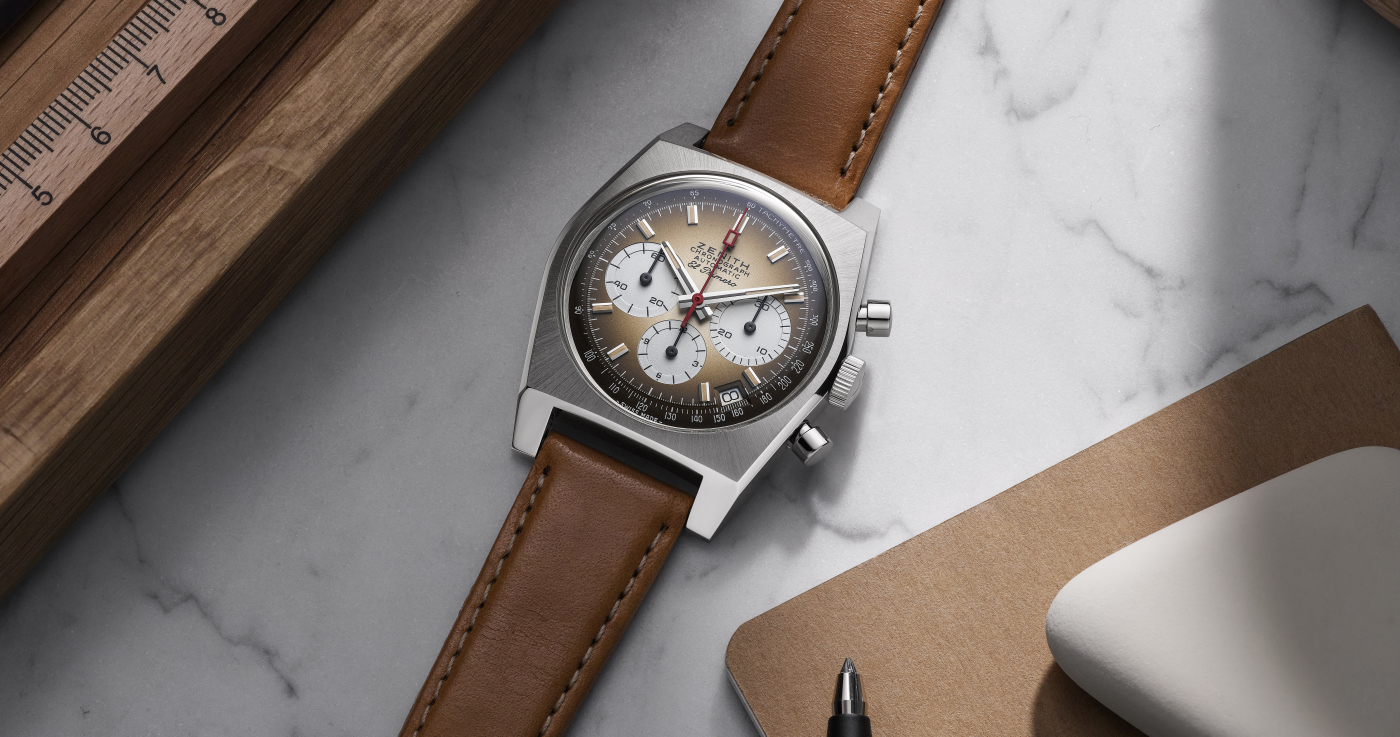 In fact, the A385 made headlines back in 1970, when it took part in Zenith’s “Operation Sky”. This extreme test consisted of strapping the watch to an Air France Boeing 707’s landing gear on a flight from Paris to New York to test its resistance to external aggressions such as drastic temperature fluctuations, wind force and changing air pressure. Upon landing, the watch was still functioning perfectly. This daring feat was a testament to the confidence those who had tirelessly worked on the El Primero calibre held, as well as tangible proof that a mechanical movement was superior to the nascent quartz movements of the time, which couldn’t have stood the temperature differences endured by the watch during the flight. 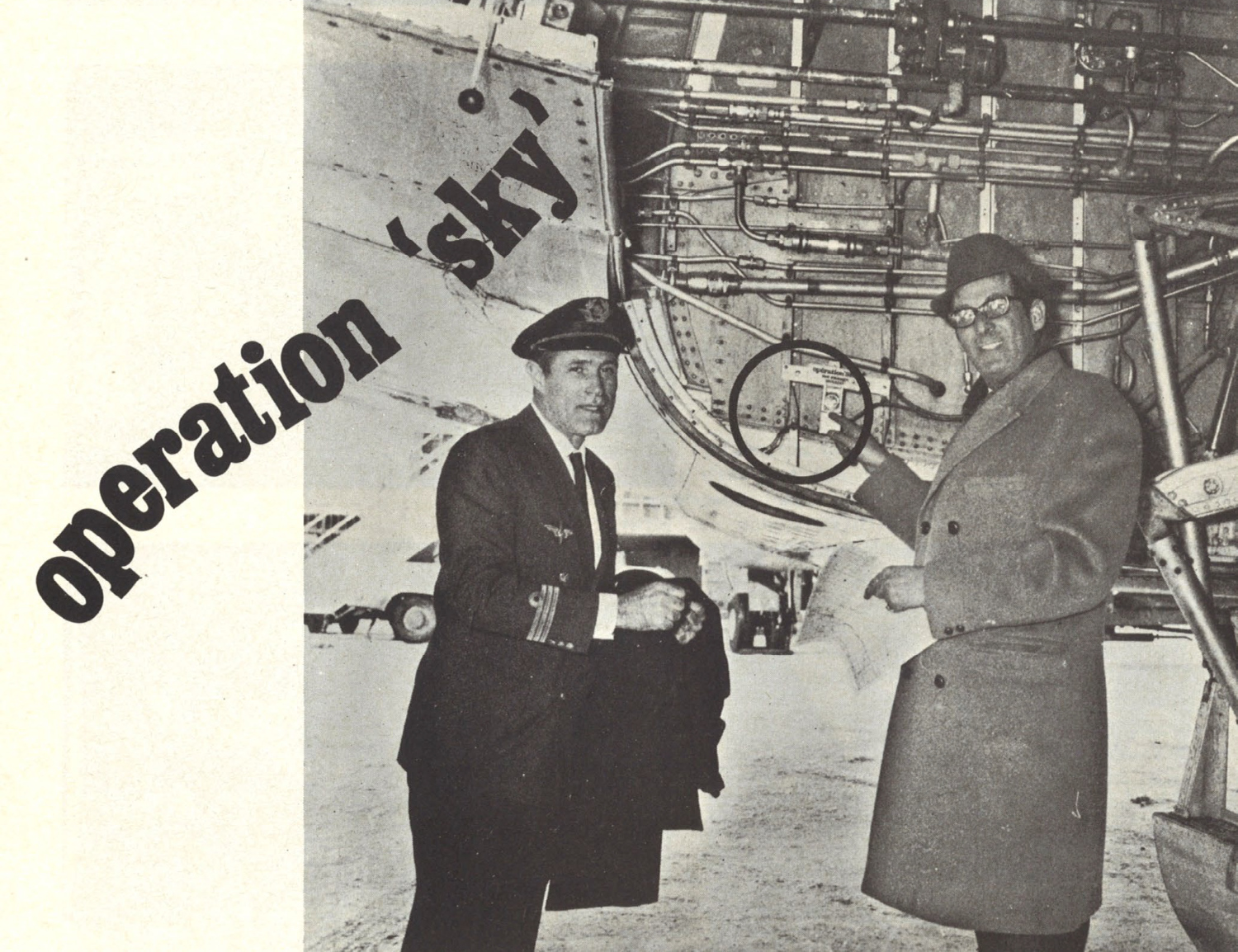 After over 50 years, the time has come for the A385 to make its return in the form of a Chronomaster Revival model. Far more than just a vintage-inspired creation, the Chronomaster Revival A385 is an actual reproduction of the original model from 1969 in an exercise of “reverse engineering” by the Manufacture. Using the original blueprints and production plans, each part of the A385’s 37mm tonneau-shaped stainless steel case, including the pump-style pushers, is faithful to the original 1969 model. The only differences, are the domed sapphire crystal instead of an acrylic glass and the display back instead of the closed solid steel case back, offering an unobstructed view of the El Primero 400 chronograph movement.

What made the A385 truly stand was its smoked brown gradient dial with a vignette effect that blackens towards the edges and provides a striking sense of visual depth, as if the dial was domed. For this Chronomaster Revival piece, Zenith sought to recreate the same warm tones and gradient effect, almost indistinguishable from the original with its red chronograph central second hand and silvery-white chronograph counters. 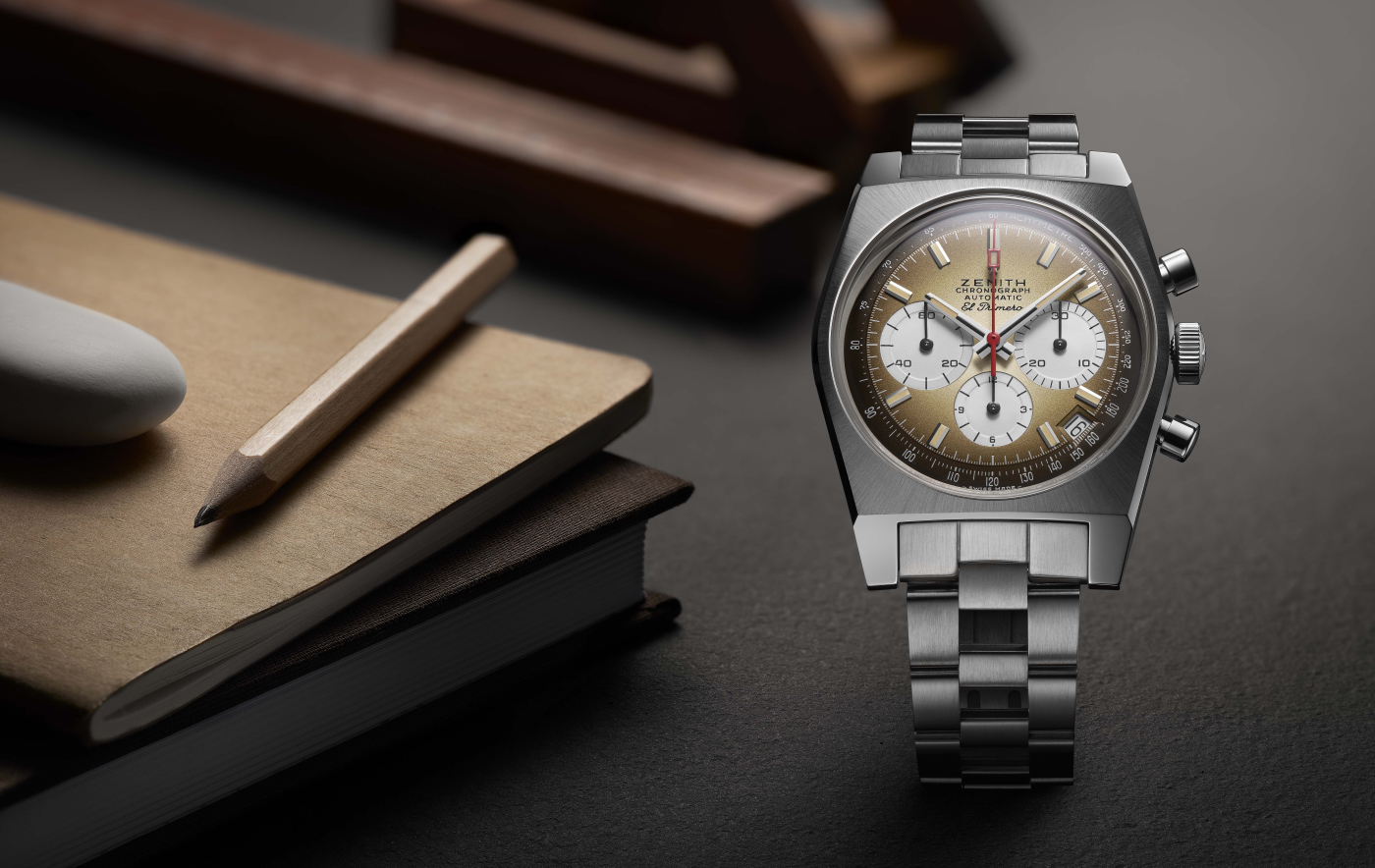 Keeping with the retro theme, the Chronomaster Revival A385 is available in two options that could have come straight from 1969: The first is the steel “ladder” bracelet, a modern remake of the Gay Frères bracelets that became emblematic of the early El Primero watches. The second option is a light brown calf leather strap that will develop a unique patina with wear and time. 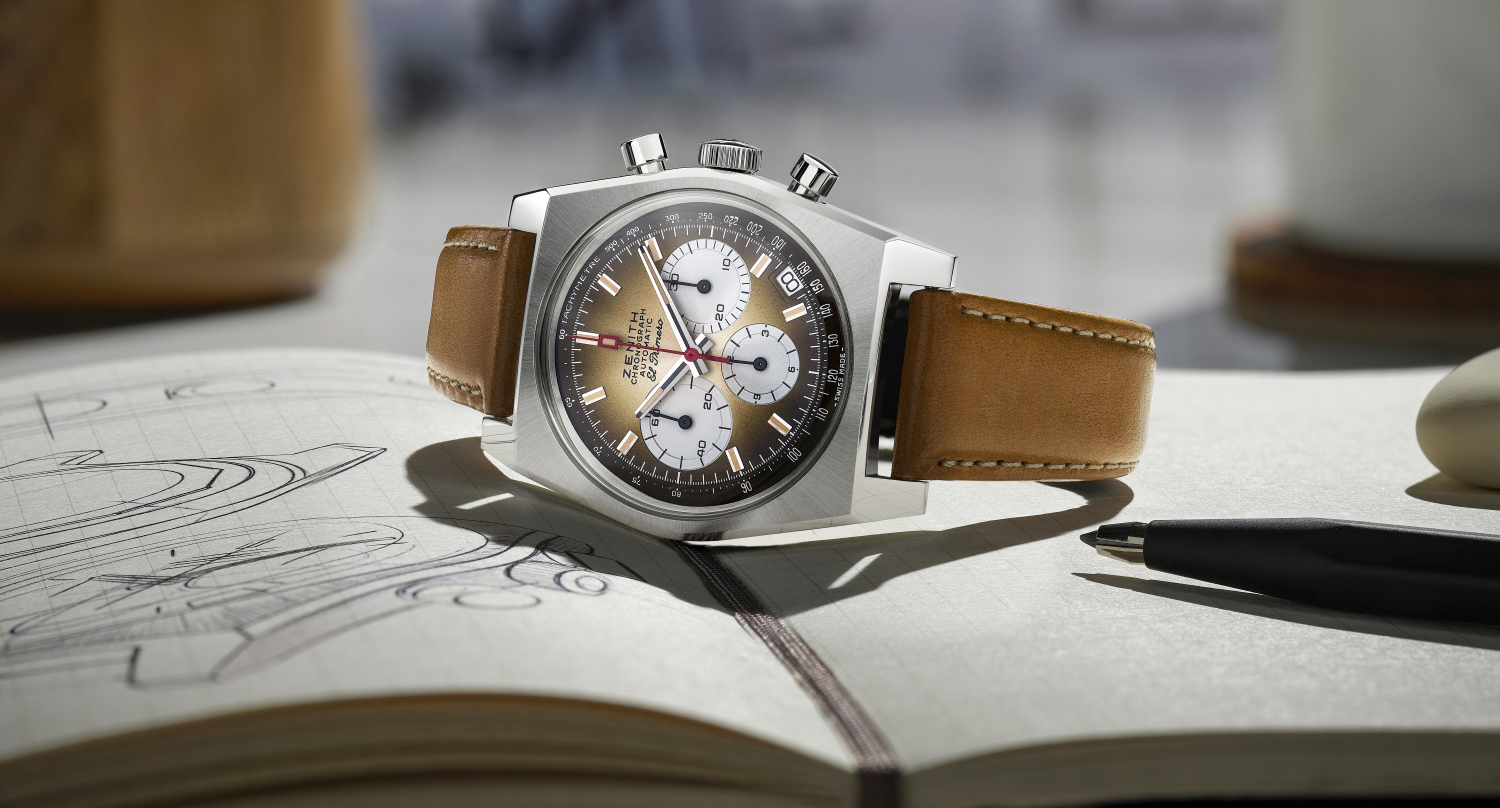 With its historically correct proportions, striking dial and unwavering El Primero performance, the Chronomaster Revival A385 is a welcome addition to the Chronomaster lineup by those who appreciate the timeless look and feel of this exceptional chronograph.

The Chronomaster A385 is available at Zenith Boutiques and online shop, as well as at authorized retailers around the world.