For 2021, Lvcea captures the light anew, leveraging the world’s most prestigious decorative arts to create sublime pieces that blur the line between jewel and watch. Animating the whole collection with fresh excitement, energy and genuine artistry, the new Lvcea Intarsio Marquetry timepieces reflect Bulgari Watches identity as the Roman Jeweller of Time.

For 2021, Lvcea captures the light anew, leveraging the world’s most prestigious decorative arts to create sublime pieces that blur the line between jewel and watch. Animating the whole collection with fresh excitement, energy and genuine artistry, the new Lvcea Intarsio Marquetry timepieces reflect Bulgari Watches identity as the Roman Jeweller of Time.
D

eepening the brand’s exploration of Estetica della Meccanica, the industrial-design influenced aesthetic that has long been a hallmark of Bvlgari style, the new Lvcea Skeleton interpretation further confirms Bulgari’s commitment to feminine watches with the only skeletonized watch on the market made expressly for women. Since its debut in 2014, the Lvcea watch has become a symbol of radiant yet modern femininity. Elegant but approachable, it is the essence of the daily round watch — a timeless timepiece to complement the moments of a contemporary woman’s life. These are timepieces for everyday; accessible but captivating, joyful and chic, with a round dial to reflect the light that inspires its name. 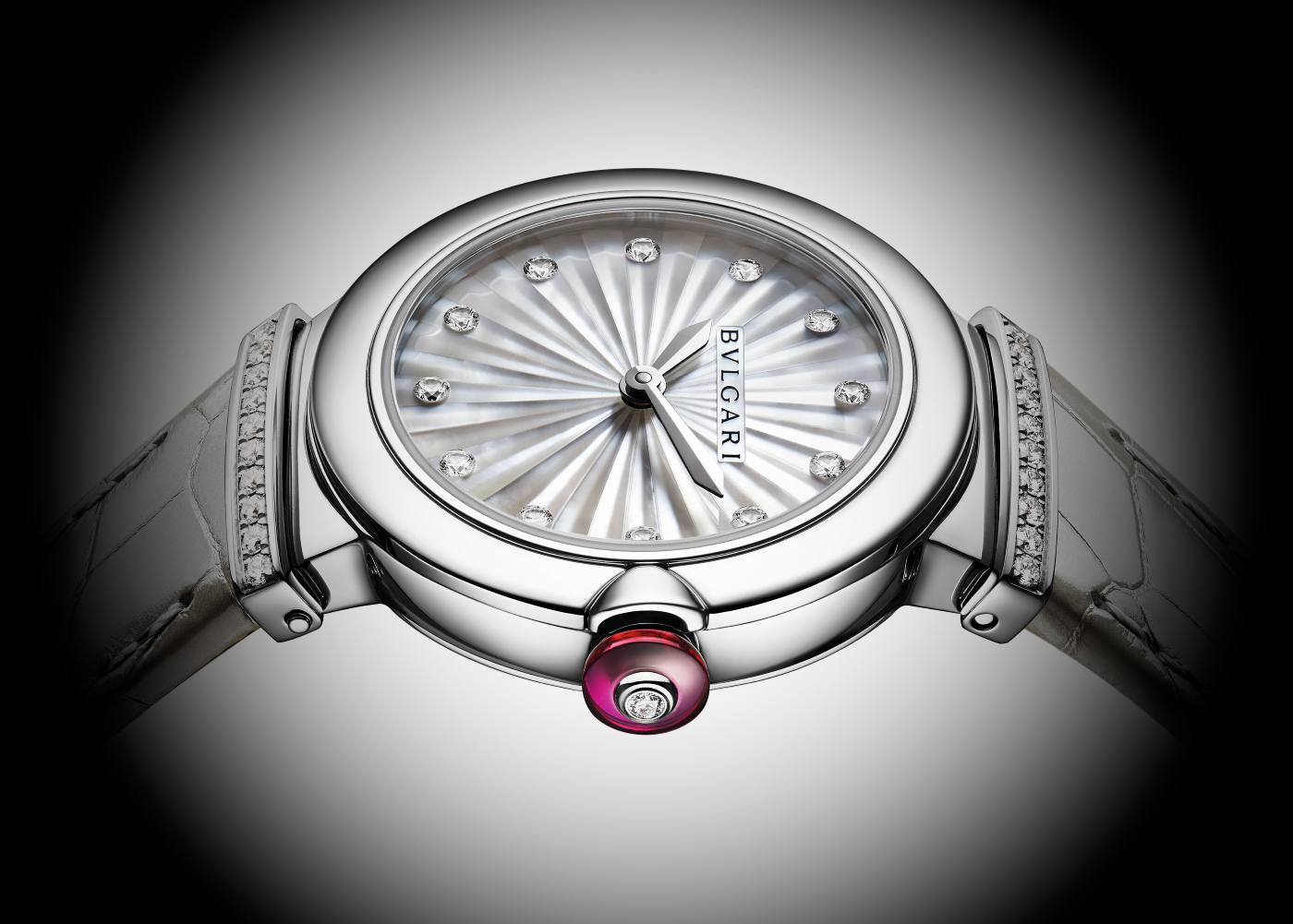 Furthering a classic métiers d’art technique applied to the mother-of-pearl, the new Lvcea Intarsio Marquetry timepiece infuses the Maison’s signature daily round watch with an additional jeweller’s touch. Each interpretation features a grey mother-of-pearl dial that allows the light to pass through it, recalling the Roman sky in its blue and white pearlescence. Rather than flat, the dial is three dimensional, constructed with mother-of-pearl pieces that are individually worked and faceted, then assembled one by one to create the effect of volume and evoke the rays of the sun. Inspired by “intarsia” – marquetry’s ancestor – a technique that dates back to antiquity and had its heyday in the 14th century when Italy revolutionised its use by applying it to furniture.

Building on these powerful origins, Bulgari has employed this Renaissance art since the 1970s, using this ornamental motif to adorn its jewellery. The Jeweller transposes it into its watchmaking universe by inlaying its dials with materials such as mother-of-pearl and stone. Playing with alternating shapes is what brings life to the motifs in its new Intarsio dials. The pieces are delicately applied and assembled, like a mosaic, with the iridescent reflections of the mother-of-pearl adjusted by the skilled hand of the marquetry expert.

Coming in two different sizes — a 28 mm quartz movement model or a 33 mm automatic movement model — and featuring a steel case combined with a black or grey alligator strap, the three new editions are magnificent — and yet they remain completely approachable, each piece beautifully suited to daily wear. 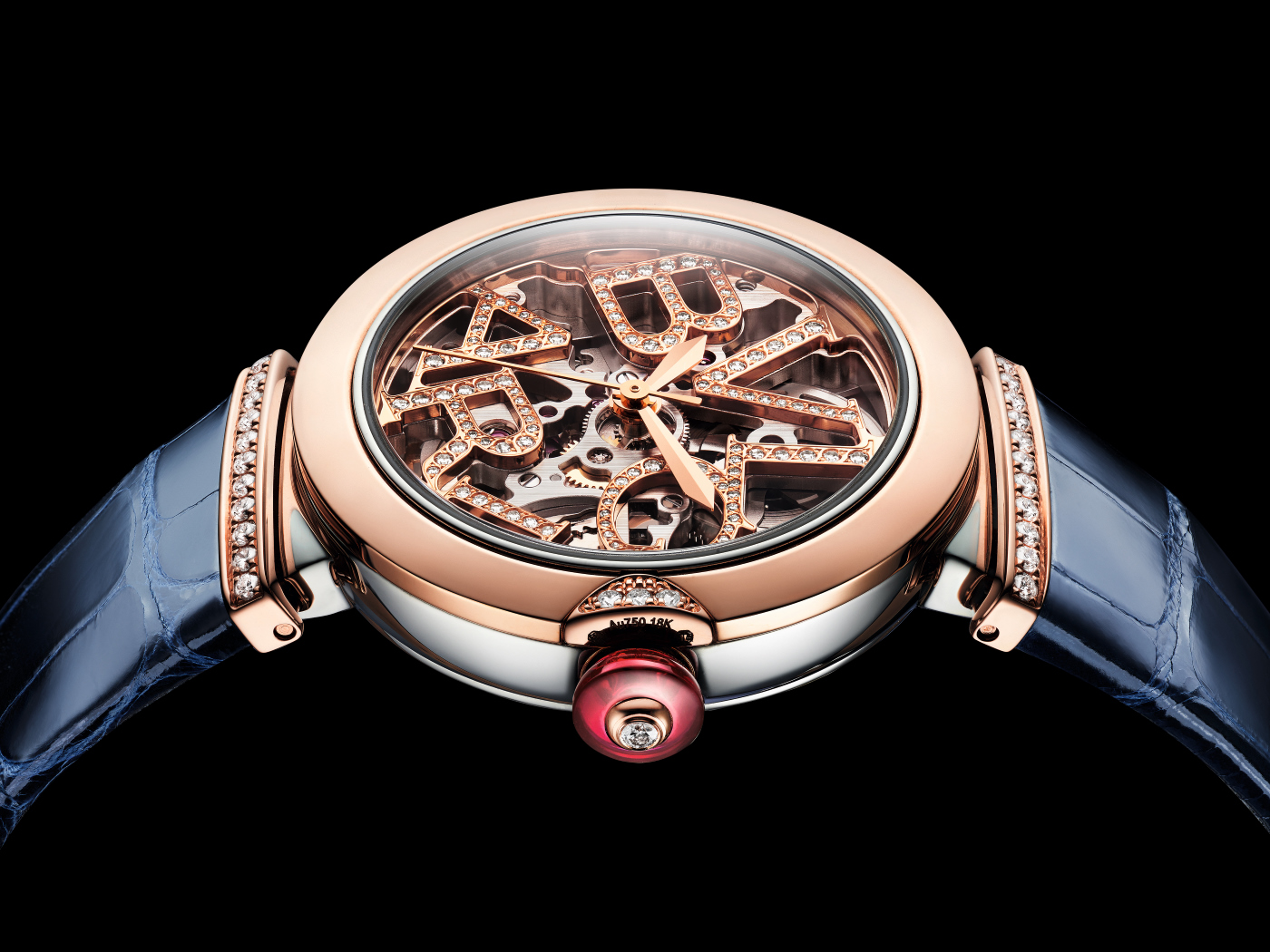 With its skeletonized dial, the new 33mm Lvcea Skeleton is a further refined expression of the Estetica della Meccanica, wherein the machinations of the timepiece are put on display, becoming part of the overall aesthetic.

A fascinating window into the art of watchmaking, it pays homage to the dazzling and delicate complexity of mechanical timepieces, a virtuosic display of Haute Horlogerie that reveals the hidden depths of the Lvcea. Like a glimpse of the timepiece’s beating heart, the model showcases the exquisitely complicated automatic winding BVL 191 skeleton movement, crafted in-house in Bulgari’s Manufacture in Switzerland. And, in a twist of irreverent glamour that is unmistakably Bulgari, the letters of the watchmaker’s logo are the essence of the skeleton design. Set with 140 diamonds, its dial is an ingenious fusion of form and function. Featuring a steel case with gold bezel, the watch face is further finished with a single pink cabochon-cut stone on the crown, and comes on a blue alligator strap with ardillon buckle. 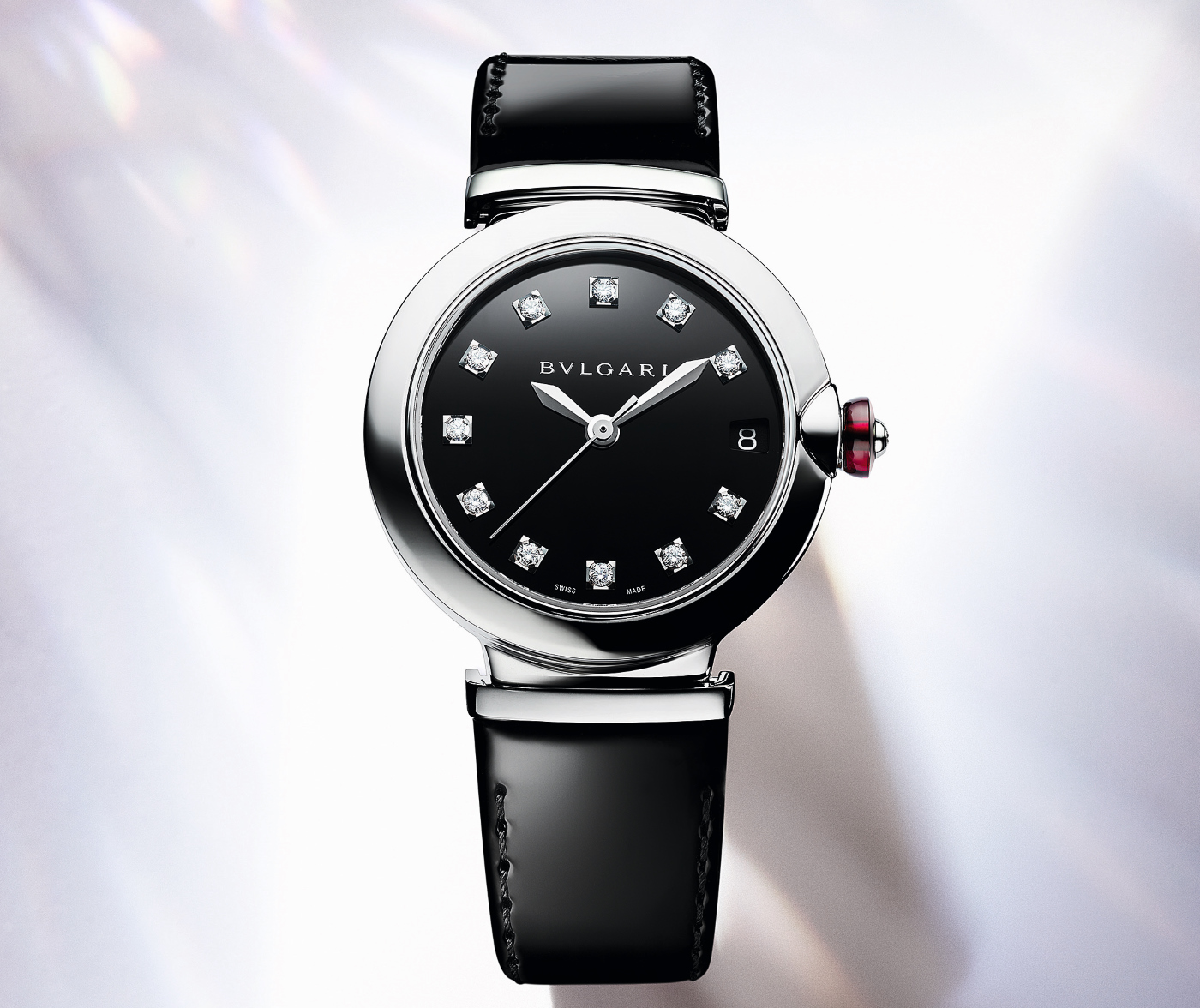 Perfectly complementing the 2021 Lvcea novelties, a new version in steel featuring a refined black lacquered dial represents another design choice that speaks to Bulgari’s boldness and aesthetic daring. The 33 mm watch comes with an automatic movement and on a black varnished calf strap. Together, the dark lacquered dial and varnished strap feel audaciously modern.