ith the Freak X Razzle Dazzle, Ulysse Nardin introduces a revisited and unique version of its best-selling model Freak X, embellished with a new geometrical pattern: a captivating design inspired by wildlife camouflage and used for ships’ concealment, as well as widely integrated in works of contemporary art.

The Freak X collection is notorious for its in-house flying carrousel movement, which rotates around its own axis without a traditional dial or hands. Somewhere between Space and Earth, it is simply an extraterrestrial timepiece: its movement and design defy all the known codes of watchmaking. 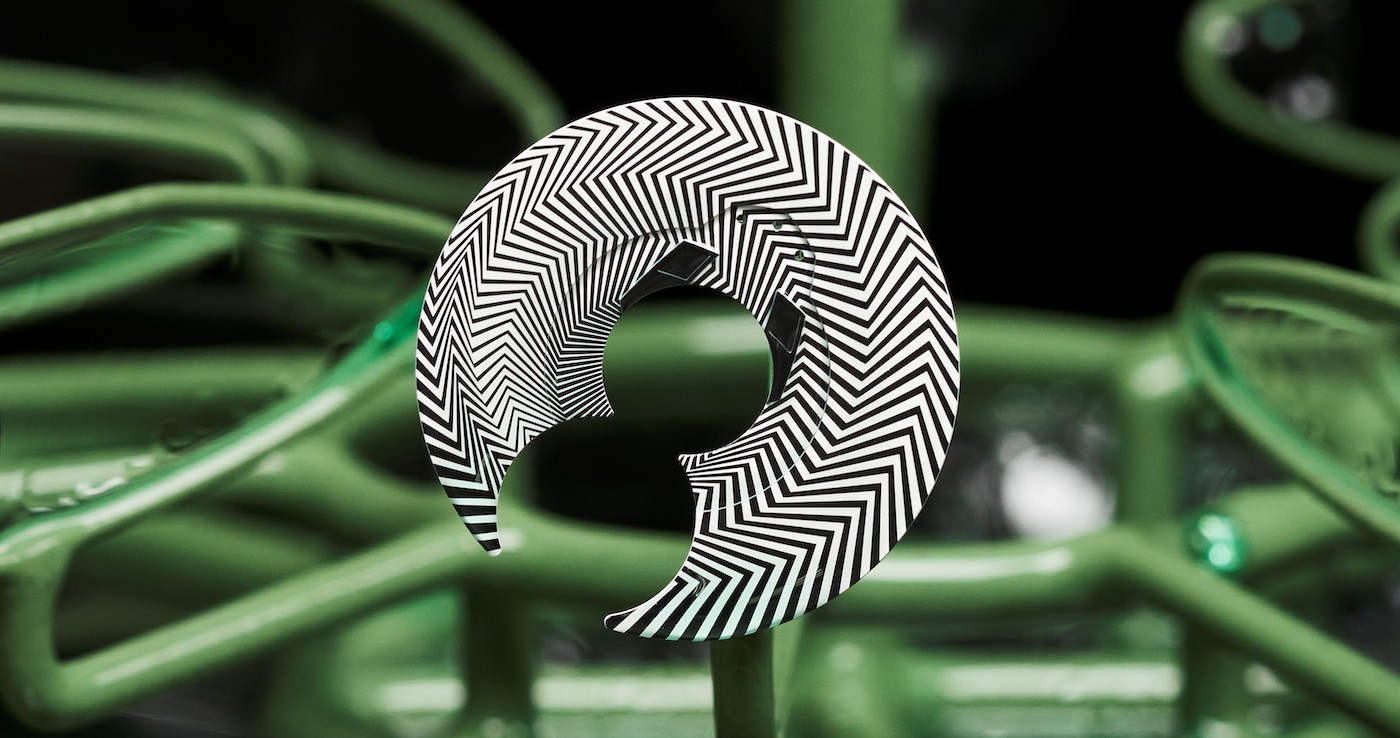 Because its heritage is deeply rooted in the universes of the Marines and Navies of the world, it was no surprise that the Ulysse Nardin design department decided upon the razzle dazzle pattern as a new exercise in style and composition. A painting technique employed to camouflage British ships - dazzle camouflage, also known as razzle dazzle or dazzle painting - was a design composed of a group of avant-garde ship camouflage patterns used extensively in World War I and, to a lesser extent, in World War II. 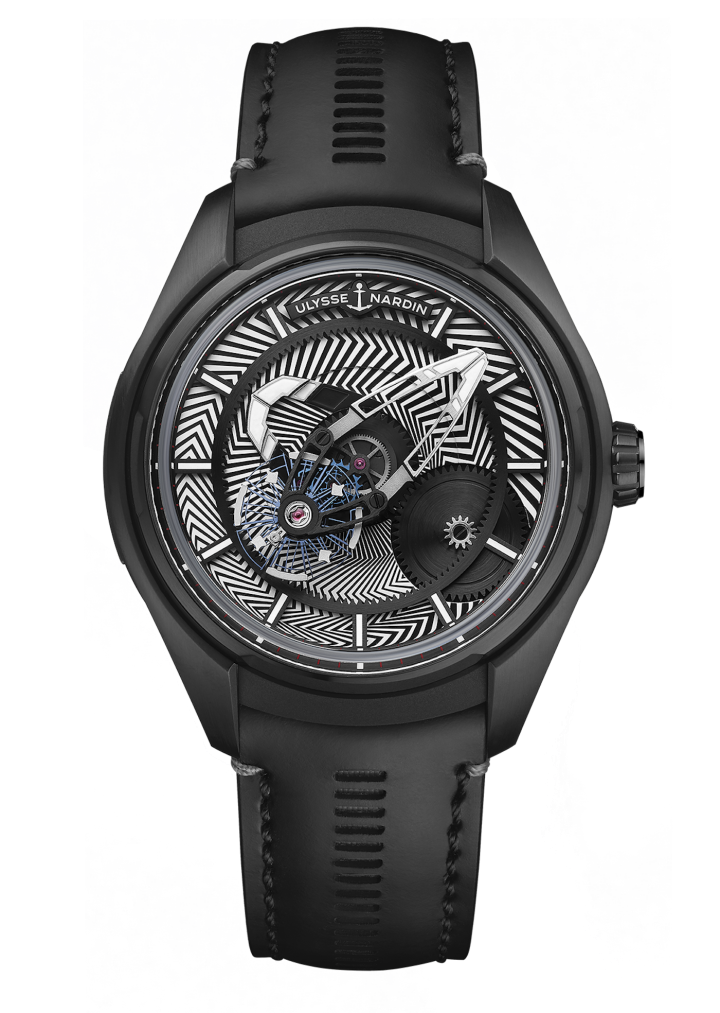 The usual purpose of camouflage is to blend in or to conceal but in this case, the pattern actually draws attention to itself. The crossing lines are meant to confuse the viewer and make it difficult to estimate the range, speed and direction of the ship, therefore misleading the enemy in regard to the ship’s course and resulting in the adversary making poor target firing decisions. Of course, this distinctive pattern drew attention from cubist artists (such as Picasso) who erroneously boasted that the pattern was inspired by the cubist movement itself. 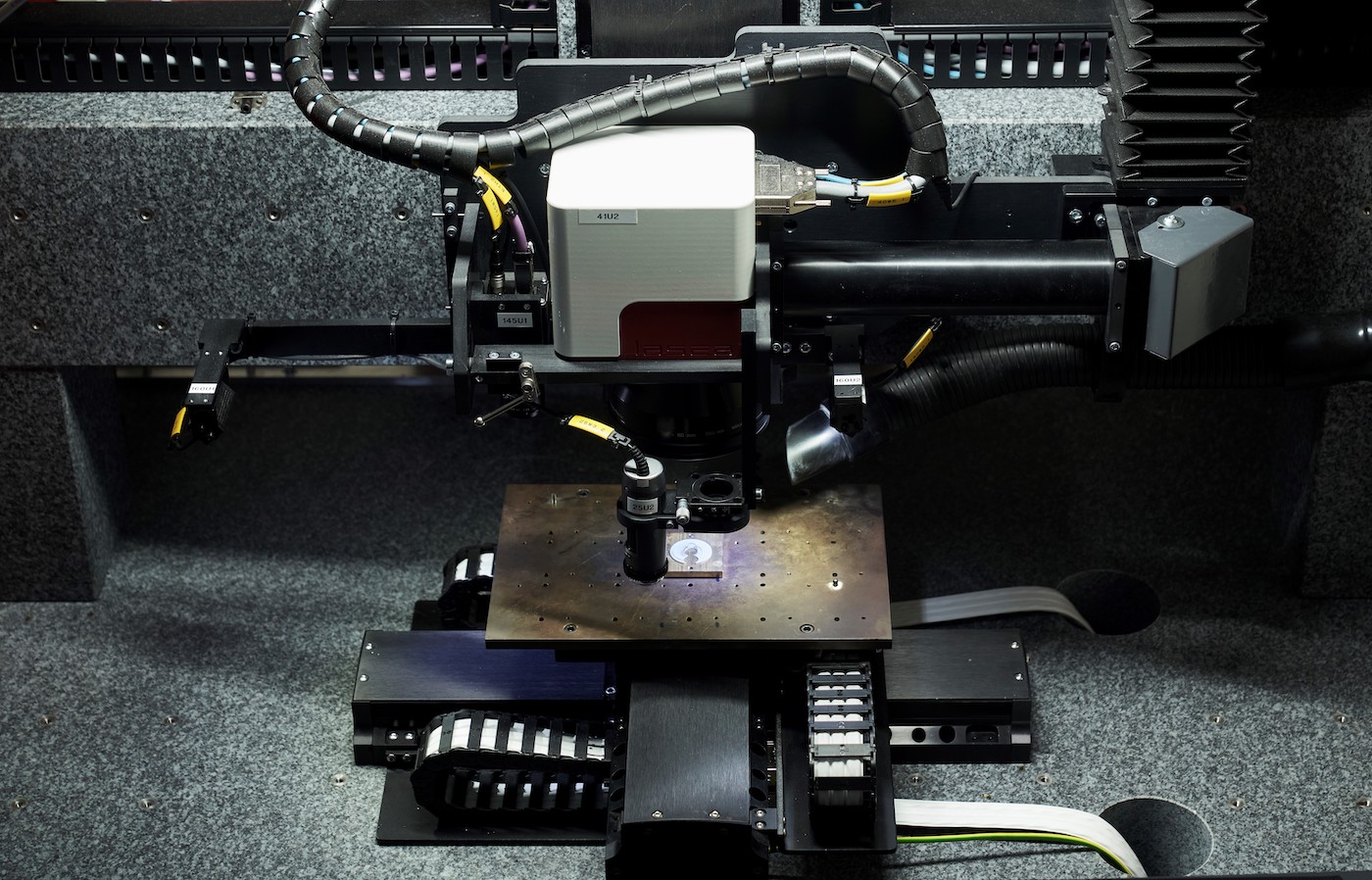 The 43mm sizing allows for an easy way to read and operate the watch. The freaky timepiece includes a crown for time correction but has no hands - the central bridge acts as a minute hand and one of the wheels indicates the hours. Inside beats a super-light balance wheel in silicium, extra-wide, with nickel flyweights and stabilizing micro-blades. The movement itself, the UN-230, is a fusion of the manufacture calibers UN-118 and Freak Vision UN-250. 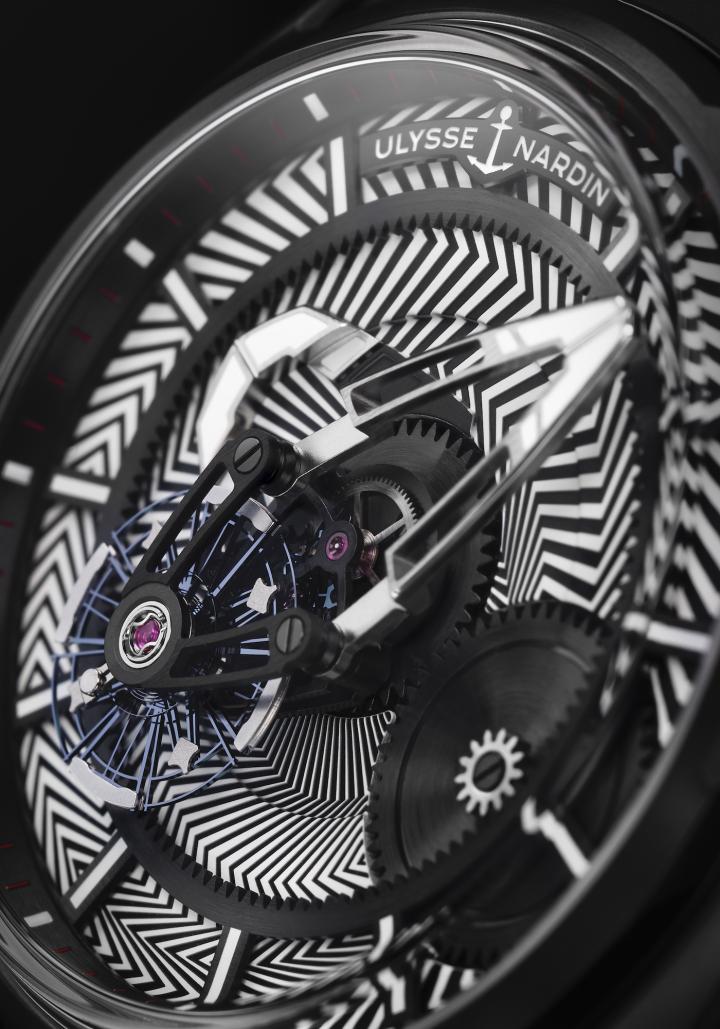