TAG Heuer: a special edition for the Monaco Grand Prix

TAG Heuer: a special edition for the Monaco Grand Prix

AG Heuer introduces a new and limited-edition collectable, the TAG Heuer Monaco Titan Special Edition – an instant classic inspired by the collection’s origins in motorsports, this time in an unexpected and striking material, titanium. Expressing the timeless elegance of the TAG Heuer Monaco, this exclusive chronograph limited to 500 pieces is also infused with bold modernity.

Heuer launched the Monaco in 1969. Named after the most glamorous of the Formula One Grands Prix, an icon was born that was to leave its mark on both its own and future generations.

The original Heuer Monaco was instantly recognisable thanks to its daring and iconic design, which was radical in every aspect: its blue metallic dial, red and light blue hands, and above all the square-shaped waterproof case housing the first-ever automatic chronograph movement and positioning the crown on the left-hand side.

The name Monaco owes nothing to chance. Jack Heuer considered motorsports to be a natural fit for a chronograph and timekeeping expert, and a powerful tool to promote watches, including this disruptive model. He wanted his watches to display strong links with the racing world, which is why the TAG Heuer Monaco was named after the famous Formula One Grand Prix de Monaco, of which TAG Heuer went on to become the Official Watch. Moreover, TAG Heuer is the official timekeeper of the classic Grand Prix de Monaco Historique and the Official Watch of the Monaco Top Cars Collection museum.

The story continues today with a brand new interpretation: the TAG Heuer Monaco Titan Special Edition. This new TAG Heuer Monaco goes beyond the norm and opts for titanium, a material rarely used in this collection. The case is made of Grade 2 titanium, renowned for being both exceptionally light and tough, refined by sandblasting for a matte finish which lends the watch a raw beauty.

This new TAG Heuer Monaco Titan Special Edition features a vivid and gleaming silver-coloured dial which perfectly complements the titanium case. A rare edition in the TAG Heuer Monaco collection, the light dial offers the benefit of very good visibility and an attractive contrast to the sub-dials, indexes and hands of the watch.

The black sub-dials, bright red accents on the central hand and the red index marker at 12 o’clock add character to the overall look while revelling in references to racing circuits and the official colours of TAG Heuer. The world of motor racing also inspired the rubber look of the sporty anthracite alligator strap and recalls the tyre grooves of racing cars. The indexes and sub-dials are coated with Super-LumiNova® to ensure optimum visibility in any conditions. 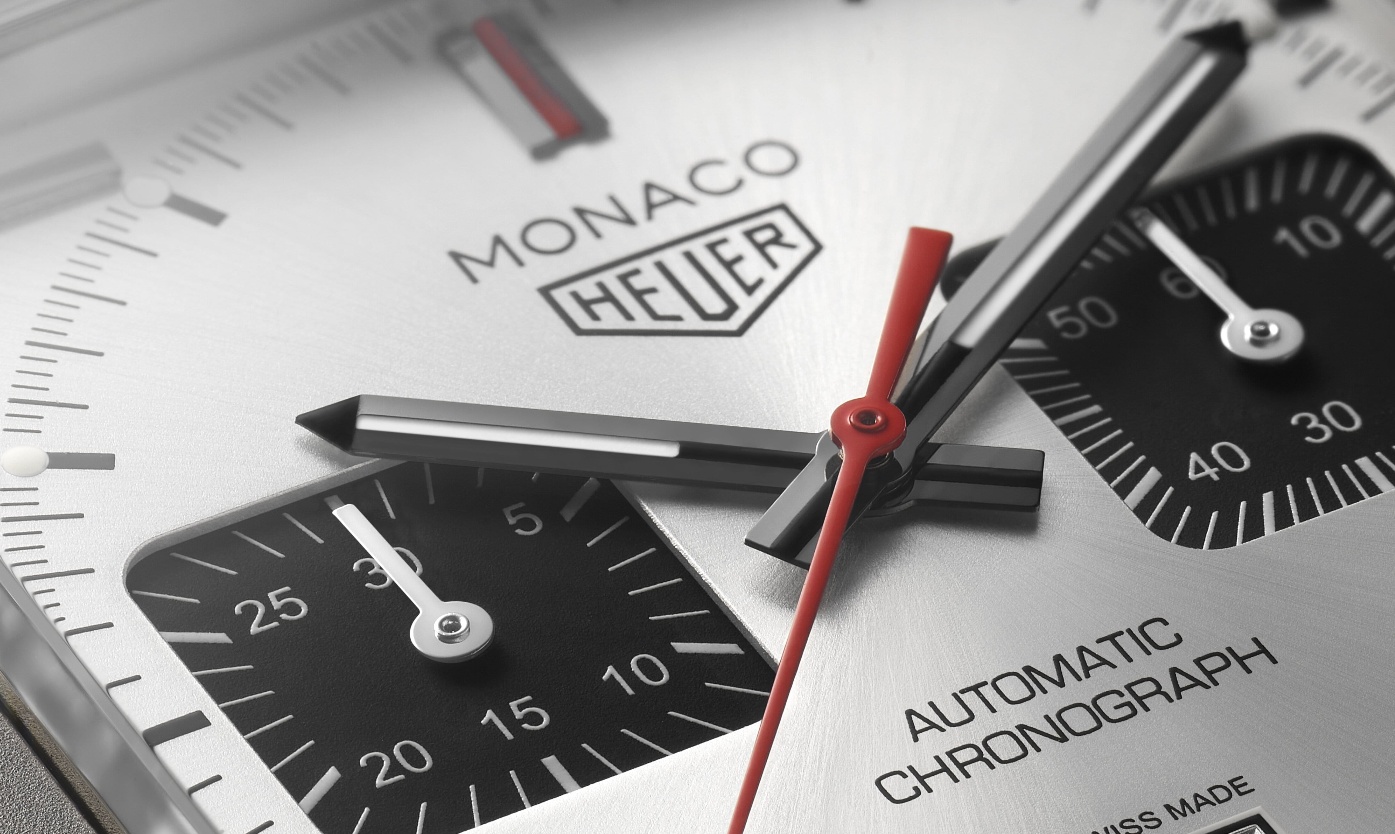 This special-edition TAG Heuer Monaco Titan is equipped with a modern version of the famous Calibre 11 automatic chronograph movement which celebrated its debut in the original 1969 Monaco. This reinterpretation of the movement links back to the 1969 case with its engraved “Monaco Heuer” logo. 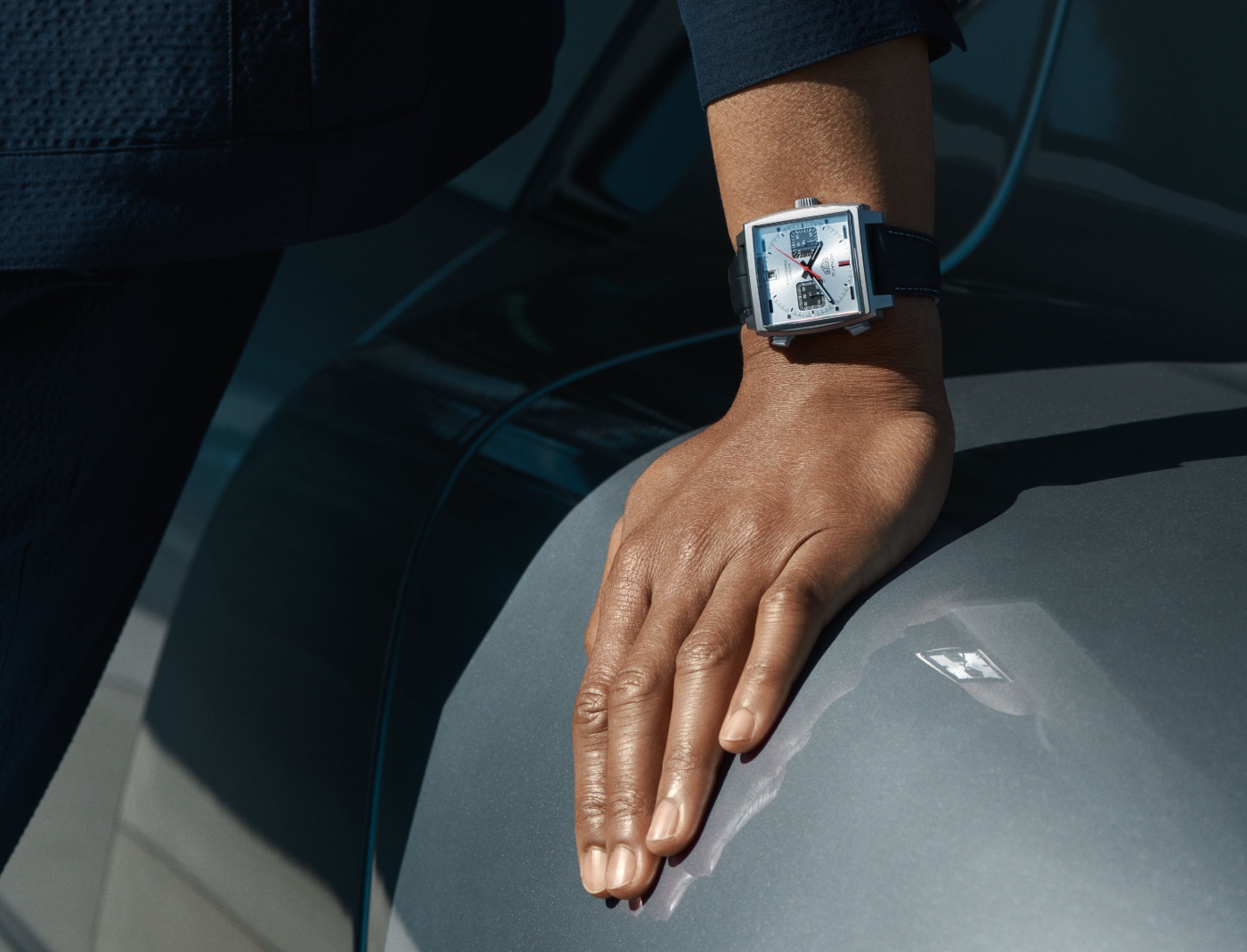 The sporty design also recalls the original model in brushed steel, as do the push buttons, which as in the first edition are placed on the right, while the crown is positioned on the left-hand side of the case: one of the features contributing to the uniqueness of the TAG Heuer Monaco since its creation. This version of the Calibre 11 combines all the technology and expertise of TAG Heuer and celebrates a design on which the world’s first ever automatic chronograph was based in 1969. 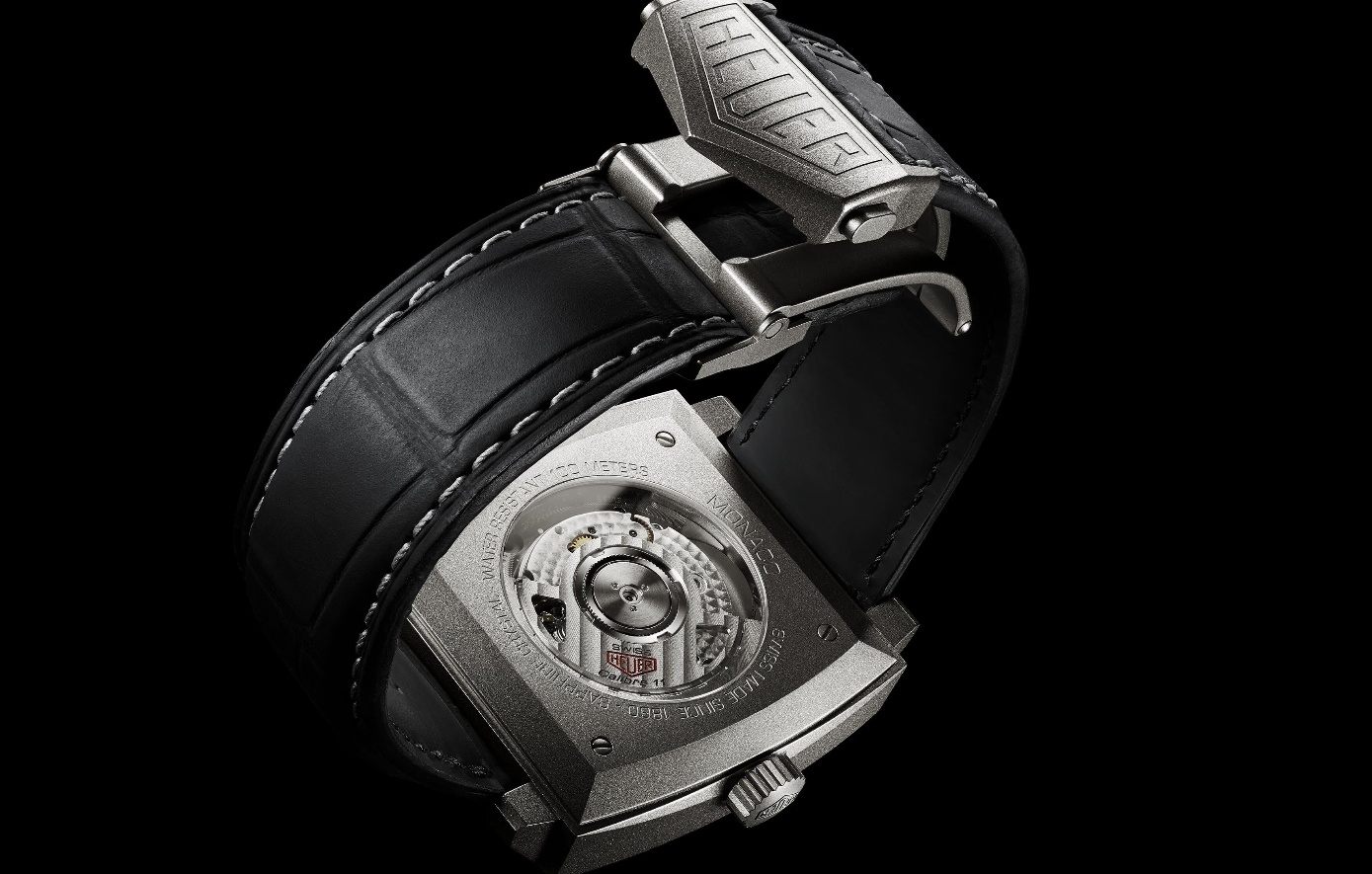