The Origin collection delves into the very sources of astronomy and mathematics, the two disciplines at the origin of watchmaking. It is also a tribute to the famous UNITAS developed by Auguste Reymond.

The Origin collection delves into the very sources of astronomy and mathematics, the two disciplines at the origin of watchmaking. It is also a tribute to the famous UNITAS developed by Auguste Reymond.
I

n establishing his own Manufacture in Tramelan in 1898 at the age of just 26, Auguste Reymond proved himself part of the modernity of his century, that of the revolution, nourished by thousands of years of mankind’s fascination with the heavens.

Auguste Reymond too, believed in his lucky star. The stars of Tramelan in the heart of Switzerland, were more than kind: in just a few years, the young entrepreneur took on more than a hundred employees and won a number of prizes, including two gold medals at the Universal Exhibition in Brussels in 1910 and at the National Exhibition in Bern in 1914. 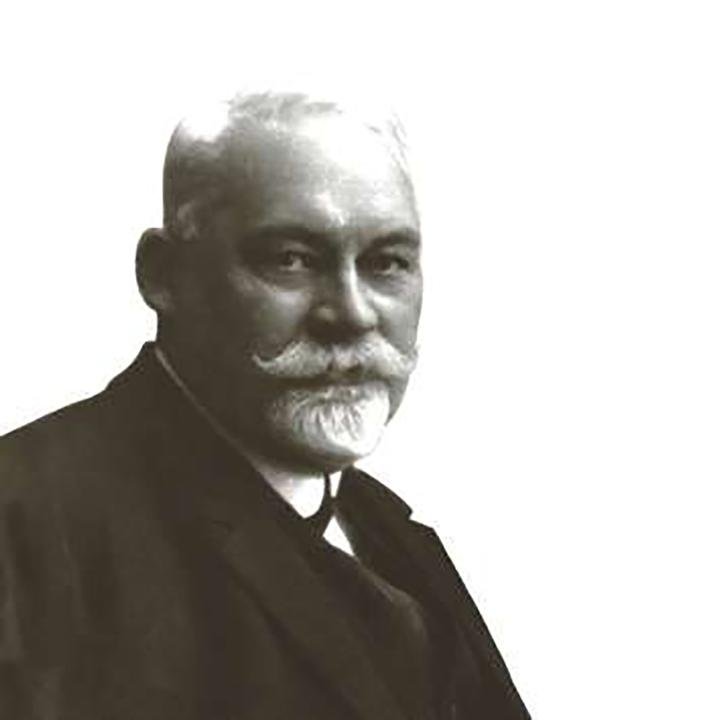 A portrait of Auguste Reymond

If Auguste Reymond’s story made such a deep impression on the region, it’s not just because of the remarkable quality of his timepieces and famous movements. It’s also and above all a question of frame of mind. 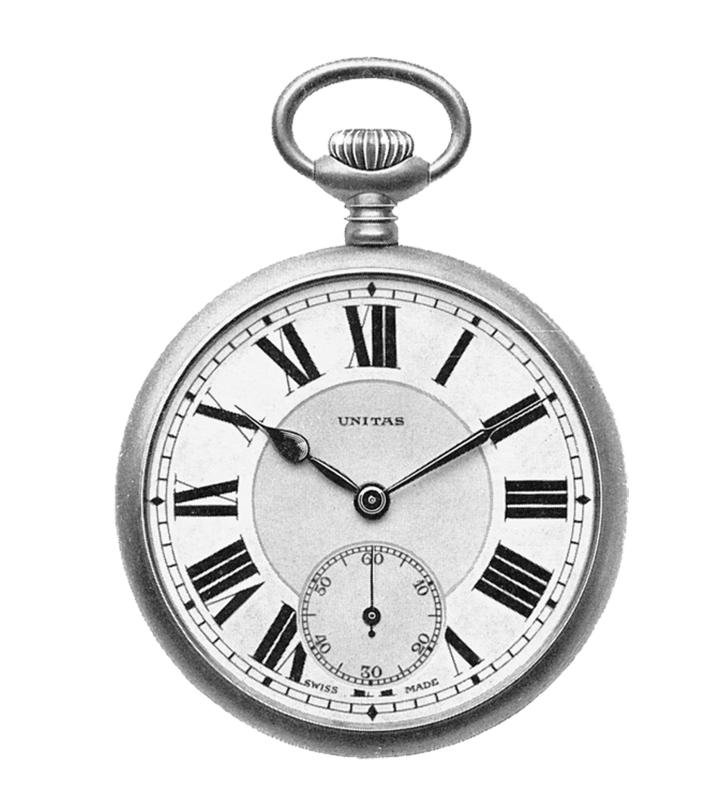 According to Auguste Reymond, time is a story in itself. For the Manufacture’s creator, a watch must be for life, placed under the sign of the stars so dear to this entrepreneur who lost no time in providing his timepieces with moon phase indications. Today, this philosophy blends with that of Philip W. A. Klingenberg: the third millennium is primarily an era of intimacy and individuality but also involves being part of a cosmic system that encompasses every being and gives meaning to the course of their life. 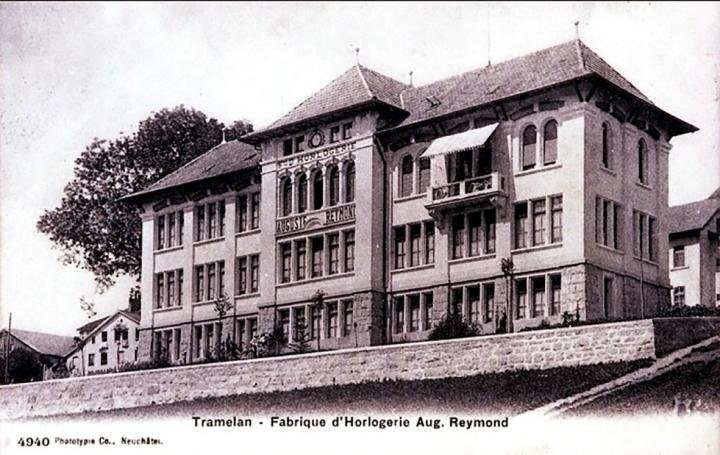 Today, this philosophy is expressed in Auguste Reymond’s new timepieces and defines their new emblem. The initials of the founder are included in an elegant composition combining several symbols: the earth, the phases of the moon, an hourglass, the symbol of infinity and the lucky number 8. This emblem embodies the values of continuity specific to the brand and the link revealed between the earthly and the celestial since the beginning of time.

The Origin collection delves into the very sources of astronomy and mathematics, the two disciplines at the origin of watchmaking. In three models, it embodies a cosmographic approach to time, where science and mystery of the universe, from the infinitely big to the infinitely small, are one. It is also a tribute to the famous UNITAS developed by Auguste Reymond. Known across the world for its robustness and outstanding reliability, this manually wound mechanical movement now equips every model in the series. 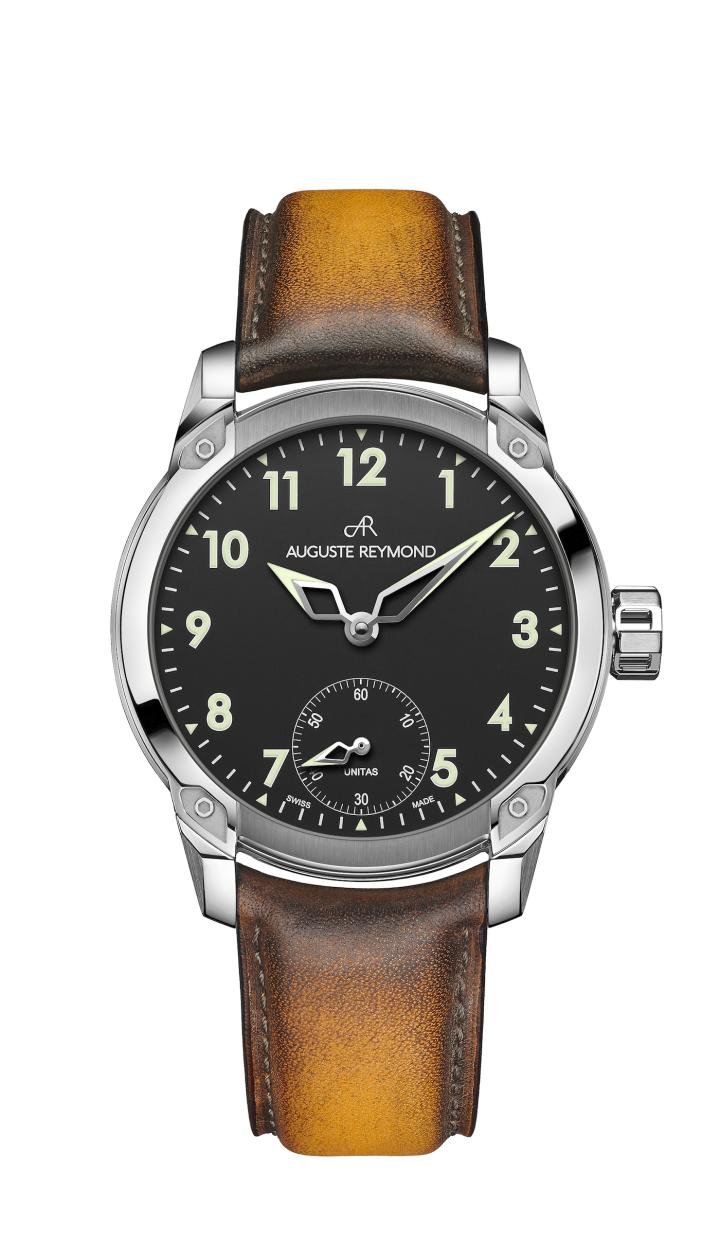 Inspired by the proportions of sacred geometry, the Origin case is harmoniously balanced in aspect. With a diameter of 44 mm, its design, decidedly characteristic of modern watchmaking, comprises four distinct but intimately interrelated elements: the housing containing the movement, protected by a skeletonised case with openwork horns and middle, the bezel and the screwed case back. 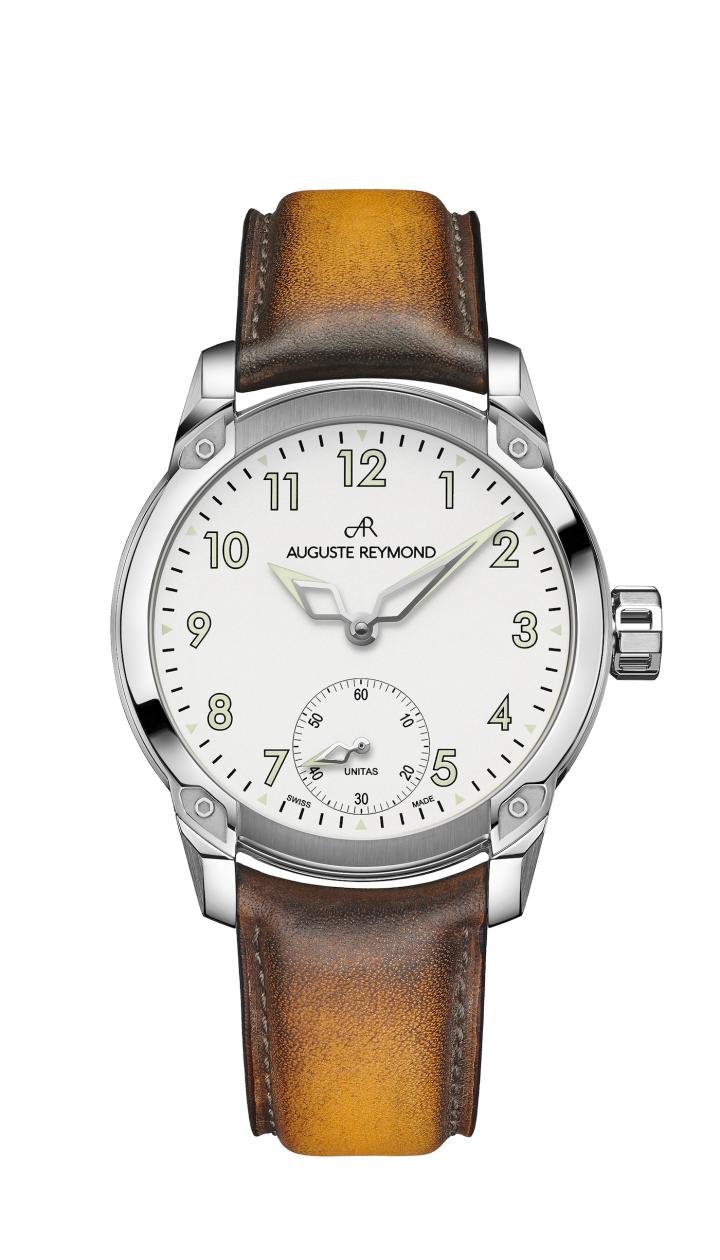 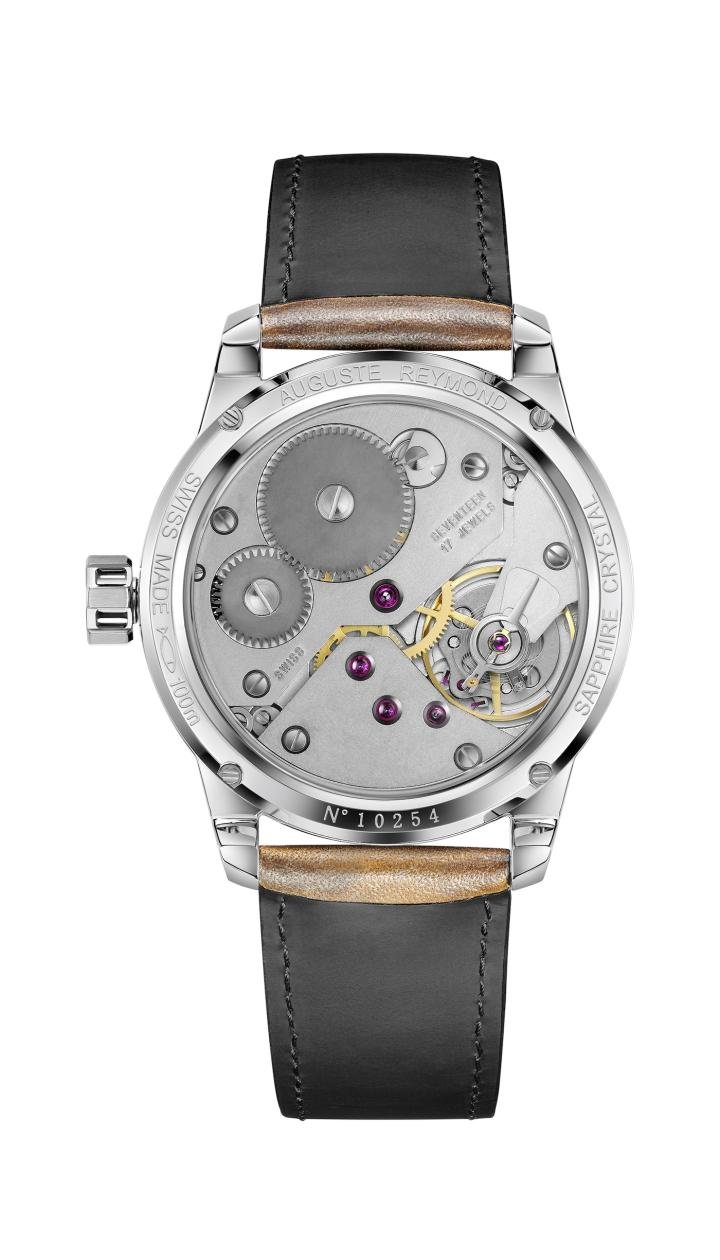 Available in two versions – with a black dial and with a white dial – this sleek model, with a small seconds indication at six o’clock, embodies Auguste Reymond’s stylistic and trend-bucking modernity. The Arabic numerals and the railtrack minute-circle make for appreciable reading comfort, further enhanced by the drawn out silhouettes of the hours and minutes hands. 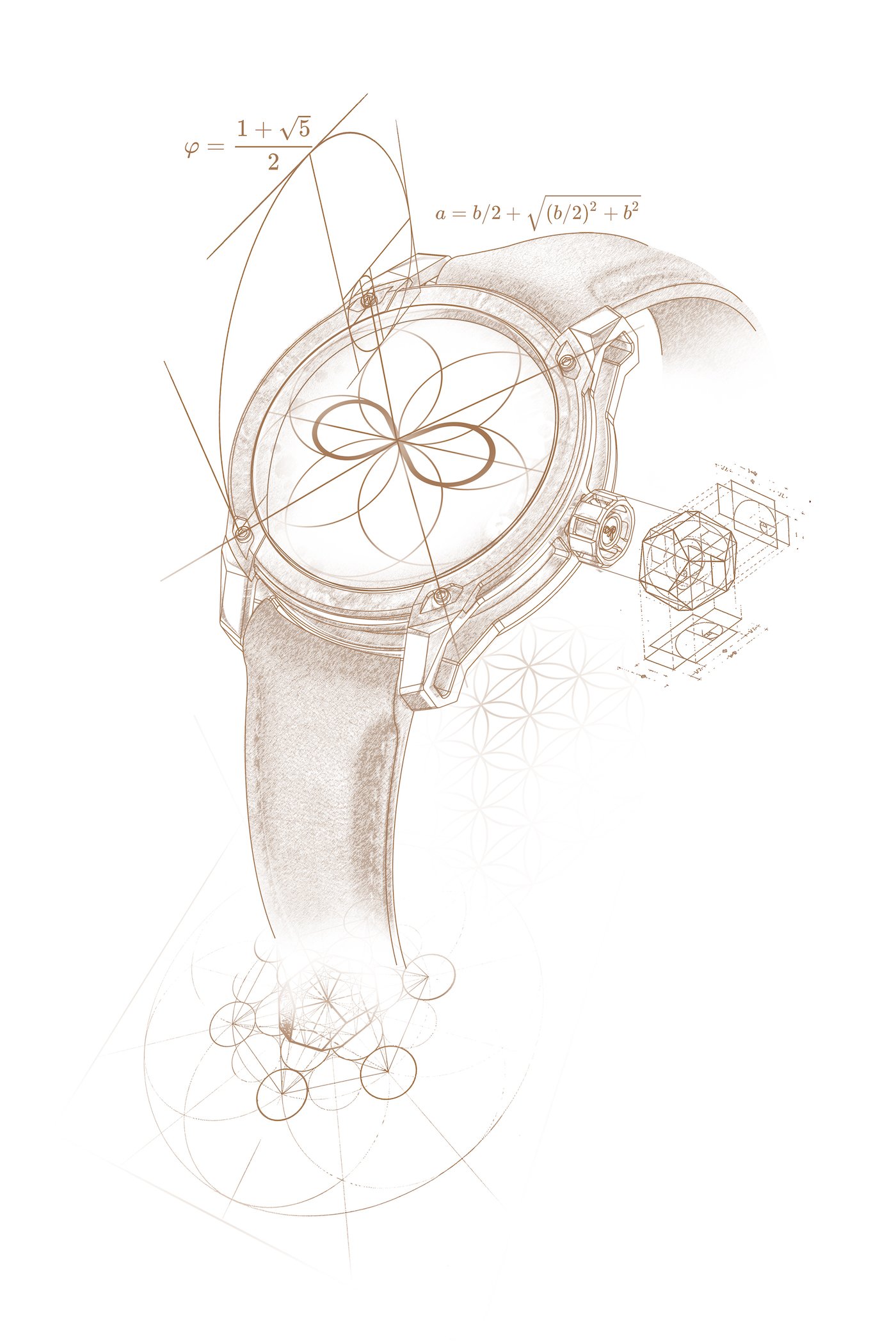