Chanel presents the Haute Horlogerie Red Edition collection, in one of the Maison’s five signature colors, alongside white, black, beige, and gold.

Chanel presents the Haute Horlogerie Red Edition collection, in one of the Maison’s five signature colors, alongside white, black, beige, and gold.
“I

f you’re sad or heartbroken, make yourself up, dress up, add more lipstick and attack.” Gabrielle Chanel loved the power of red when used as an accent.

Red for boosting your confidence, for asserting yourself.

Red as a detail to highlight the structure of a jacket, as a feature to accentuate the lining of a 2.55 handbag.

In 2022, exceptionally, red becomes the signature hue of Chanel timepieces.

“As a stylistic device, I have used it on three Haute Horlogerie creations. I like the boldness of a movement made up in red, the sensuality of the marriage of beige gold and rubies, the authority of a glossy red strap against a wrist. There is nothing faint-hearted about red! It has an uncompromising elegance.“, declares Arnaud Chastaingt, Director of the Chanel Watchmaking Creation Studio.

In 2020, to mark the twentieth anniversary of the J12, Chanel highlighted the concept of transparency and presented the J12 X-Ray, with its case and bracelet links cut from raw crystal sapphire.

In 2022, the J12 X-Ray Red Edition rouge reveals its curves and those of its movement. The J12 silhouette remains unchanged, but the accent on red, one of the Maison’s signature colors, adds a note of contrast to the look. Symbols of life and passion, the rubies accentuate the unique and sophisticated character of this timepiece.

The movement presents the appearance of a graphic fragment of lace embroidered with bridges and cogwheels, according to the rules of the art of Haute Horlogerie. The cogwheels of the Caliber 3 are still present, but thanks to the sapphire crystal the bridges have ingeniously disappeared.

In 2018, the Boy·Friend was equipped with a skeleton movement developed within the Manufacture Chanel, architectural, modern and pared back, visible from both front and back, and revealed in its full finesse by the transparent play of its interlocking circles. The Caliber 3 displays a radical elegance and a flawless mastery of the codes of masculinity.

The Boy·Friend silhouette remains unchanged, but the accent on red, one of the Maison’s signature colors, adds a note of contrast to the look. The red embossed leather strap recalls the lining of the 2.55 handbag, while the red of the movement, in association with the powdered beige gold shade, suggests the ultimate touch of lipstick to draw attention to a smile.

Still endowed with the Caliber 3, the watches present the appearance of a graphic fragment of lace embroidered with bridges and cogwheels, which offers subtle glimpses of the skin beneath. The architectural aesthetic and the movement of the Boy·Friend highlight the watch’s close affinity with the codes of masculinity.

This powerful duality creates two new and exceptional pieces, radical and elegant, in which the dividing line between the feminine and the masculine grows ever more subtle. 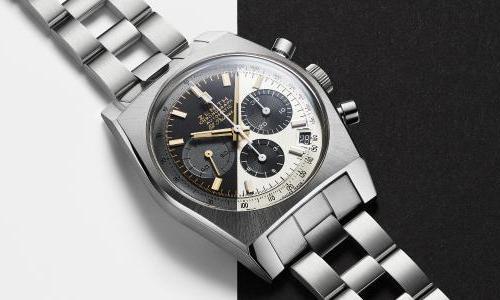 A collaboration between a Swiss watch manufacture and a Japanese manga and anime series is as unique a partnership as they come. But that’s exactly what (...) 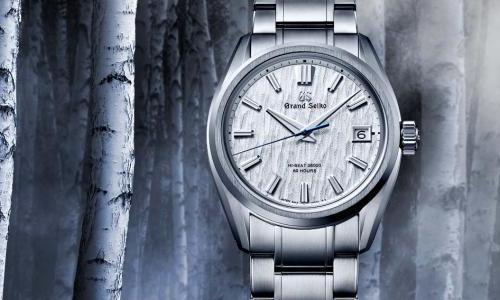 A Spring Drive creation inspired by the white birch forests of Japan marks the start of a new collection.