A new high-performance Ocean Star 600 Chronometer Black DLC was presented at a unique and spectacular event.

As the Official Performance Partner of the Red Bull Cliff Diving World Series, Mido is celebrating another 20 years of architectural inspiration this year. Paris, a capital city with spectacular monuments, hosted the Red Bull Cliff Diving competition for the first time, at the foot of the Eiffel Tower. This event was the perfect opportunity for Mido to present the Ocean Star 600 Chronometer Black DLC – ultra-precise, high-performance and displaying extreme aesthetics, just like this breathtaking diving discipline – as well as an unprecedented exclusive: the new Ocean Star GMT Special Edition. 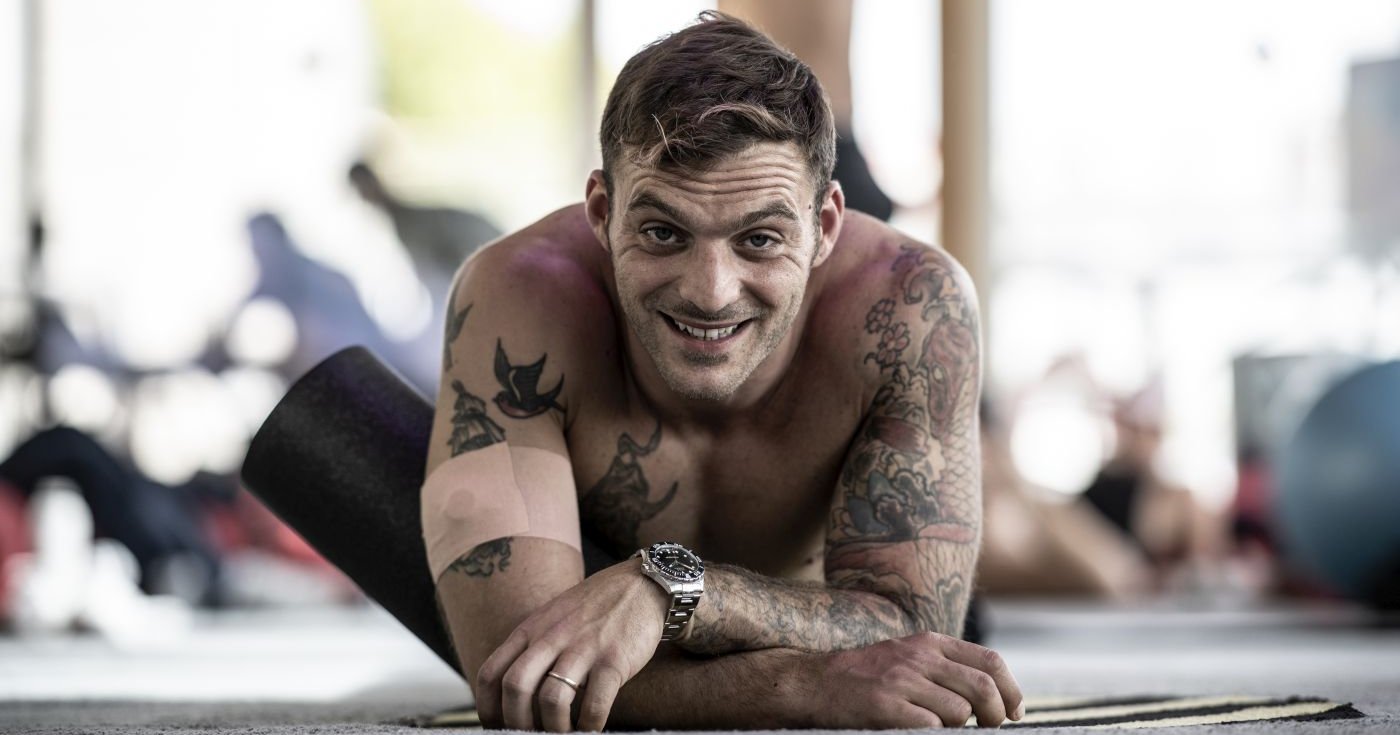 On this occasion, Mido presented the new Ocean Star 600 Chronometer Black DLC. The new Ocean Star model reigns supreme in the ocean depths without yielding to pressure. Mido combines its exceptional reliability with the pure aesthetics of an entirely black exterior, illuminated by green. Featuring a lacquered dial, technical ceramic on the rotating bezel, and a black DLC-treated case and bracelet, its dark and mysterious allure fascinates with the alternation of shiny and satin-finished surfaces. The key indications can be read at a glance thanks to green Grade X Super-LumiNova®. 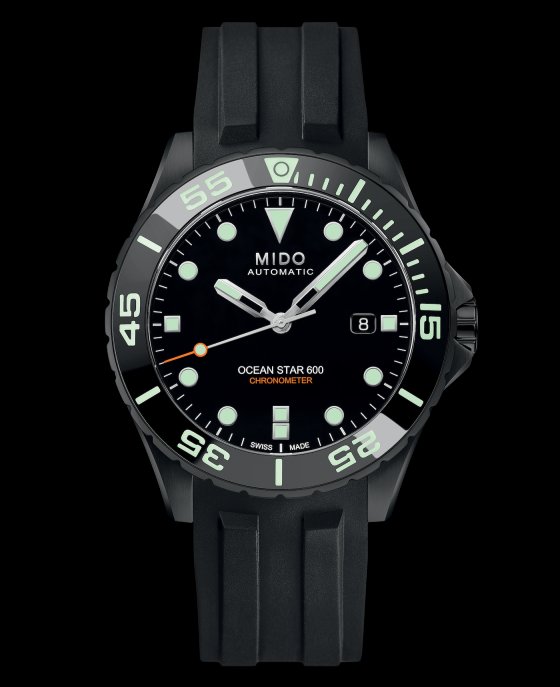 This timepiece’s passion for the ocean rests on its exceptional characteristics, with superior water-resistance up to 600 metres and a formidable mechanism certified by COSC (Contrôle Officiel Suisse des Chronomètres). This model, designed for every aquatic feat, ticks to the rhythm of the powerful Caliber 80 Si, which offers an autonomy of up to 80 hours and is fitted with a silicon balance-spring for extreme accuracy. Presented in its exclusive case, an additional black rubber strap gives this timepiece an even sportier look. 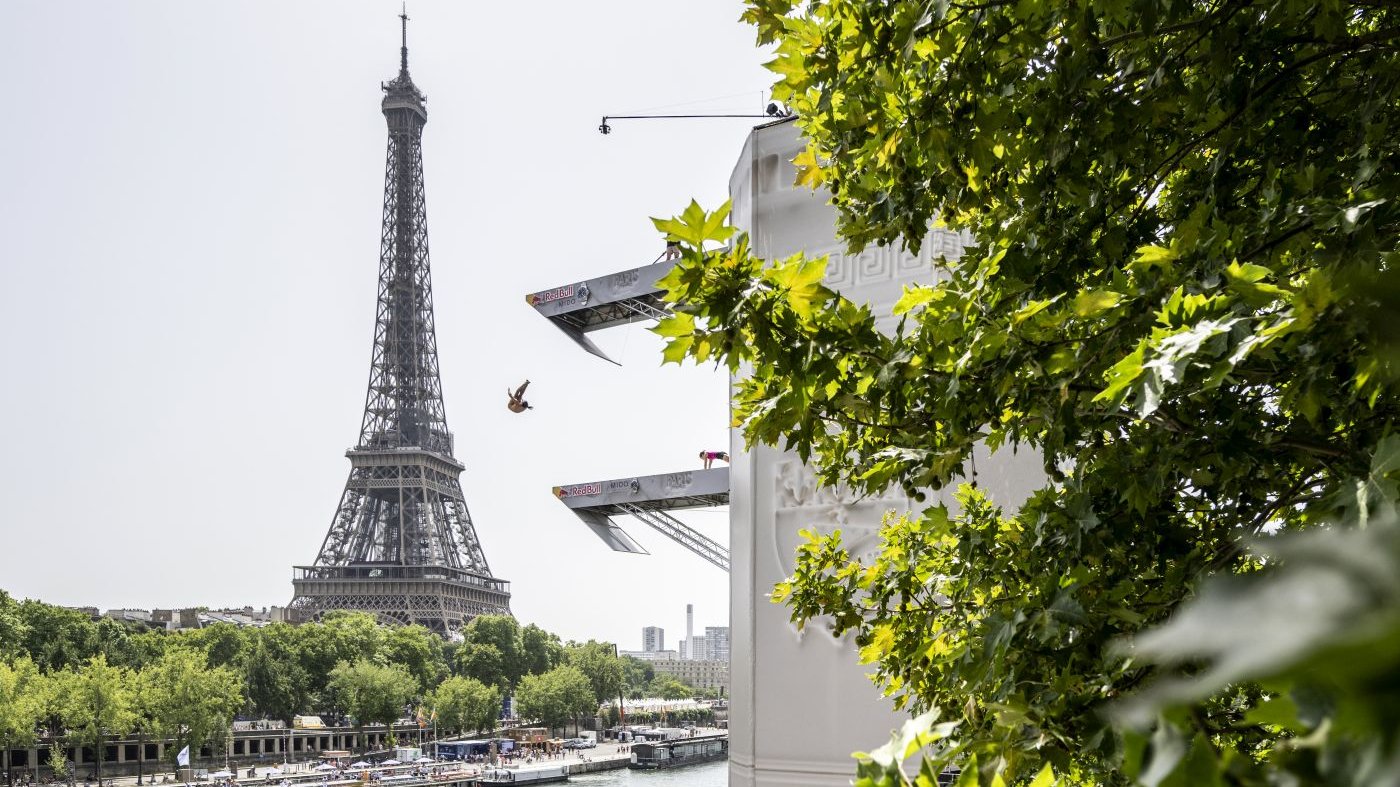 On 18 June, Mido organised an unforgettable experience at the Red Bull Cliff Diving World Series. For the first time in its history, the competition took place in Paris, at the foot of the Eiffel Tower. Displaying exceptional concentration and extraordinary physical control, 24 men and women carried out their feats of daring next to the emblematic monument in the French capital. Alessandro de Rose and Jonathan Paredes, friends and ambassadors of Mido, braved gravity and once again demonstrated their talent. Mido sends its heartfelt congratulations to these exceptional athletes!

The brand’s guests explored the architectural wonders of the City of Lights before admiring the free diving at the Eiffel Tower. At a gala dinner on a Bateaux-Mouches riverboat, a veritable open-air museum, the entire iconic Ocean Star collection was presented, along with two new models. Guests enjoyed French gastronomy on the Seine to the sound of an orchestra, before mooring near the glittering Eiffel Tower after nightfall. 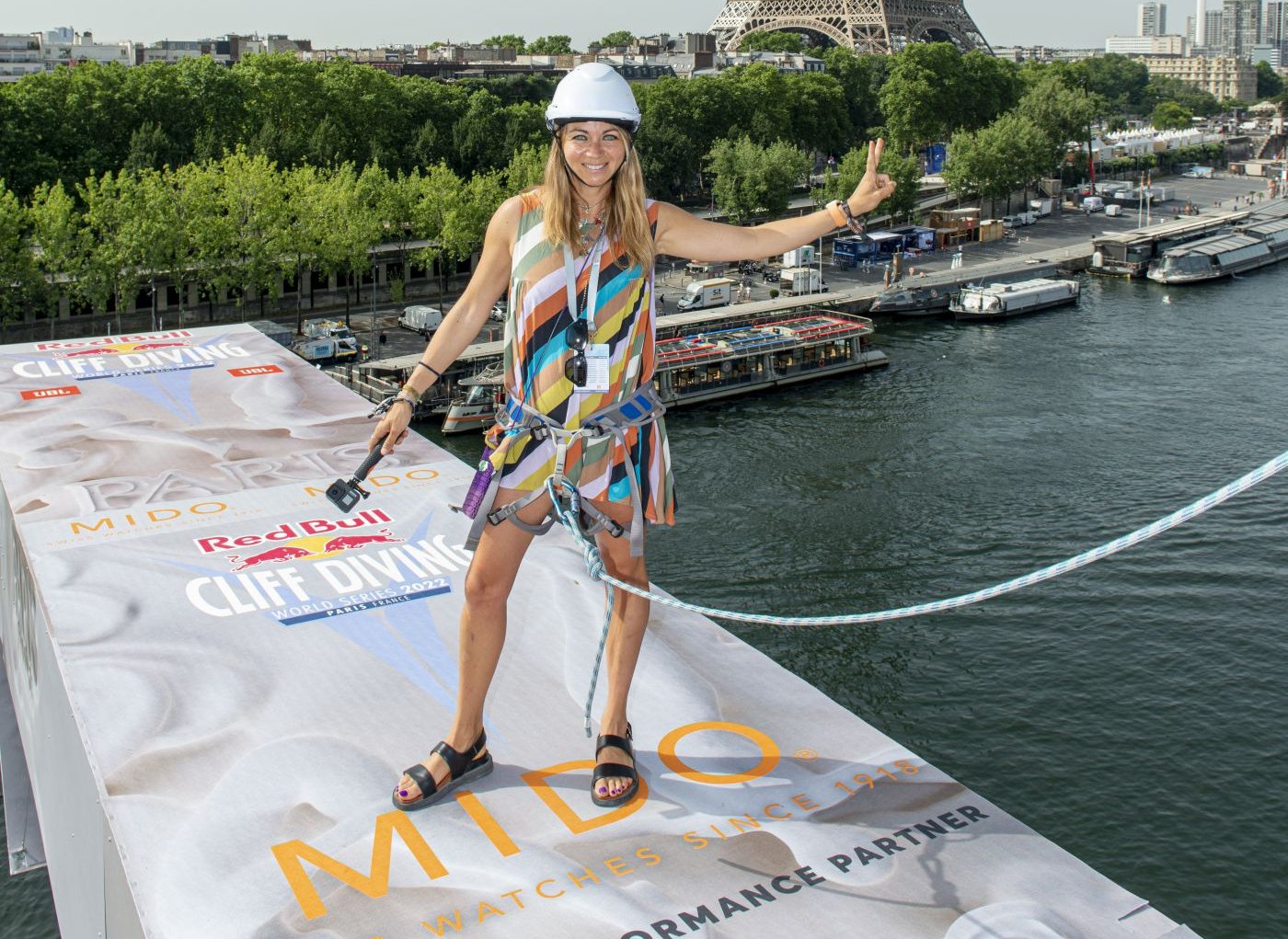 Mido also premiered the new Ocean Star GMT Special Edition, available from August. Perfect for those who dream of setting sail, its maritime DNA is expressed throughout, right down to its intense blue dial. This velvety shade, enlivened by red on the flange, subtly contrasts with the gleaming blue high-tech ceramic bezel. 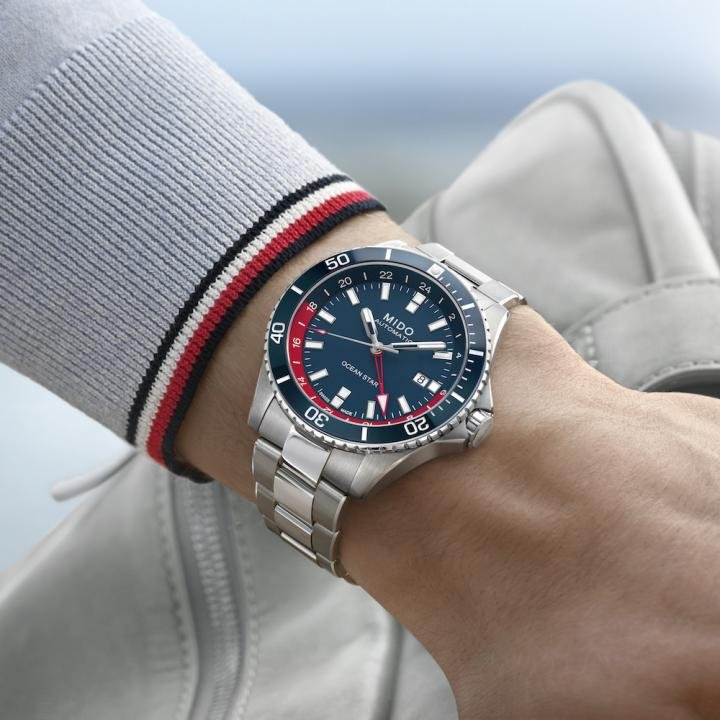 Mido has equipped the elegant and no less sporty Ocean Star GMT special edition with a steel bracelet that can be interchanged with its second strap in the blink of an eye. This Nato-style fabric strap features alternating blue, red and white stripes for a colourful and athletic look.

The formidable and highly accurate Caliber 80 presents a very practical GMT function while giving this new Ocean Star up to 80 hours of power reserve. Water-resistant up to 20 bar (200 m/660 ft), the Ocean Star GMT is an invitation to dive into the ocean depths in style.